When it came to updating its popular small SUV Mazda decided it was under the skin that mattered.

When it came to updating its popular small SUV, Mazda decided it was under the skin that mattered.

WHAT IS IT?
Launched in 2015, Australia’s best-selling small SUV and has just received an update that lacks aesthetic changes but addresses the CX-3’s few weaknesses, including ride refinement and road noise. 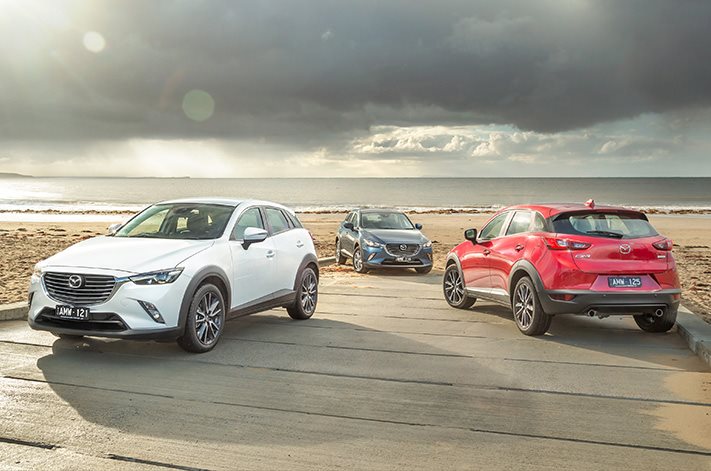 WHY WE’RE TESTING IT
The Mazda 2-based crossover ticked a lot of boxes when launched in 2015 and deserved its place at the top of its segment. But two years is a long time in the SUV world and newcomers such as the Toyota C-HR and facelifted Peugeot 2008 outshine it in terms of driveability. Mazda has attempted to bridge the gap with improved driving dynamics so naturally we wanted see if the engineering changes are successful. 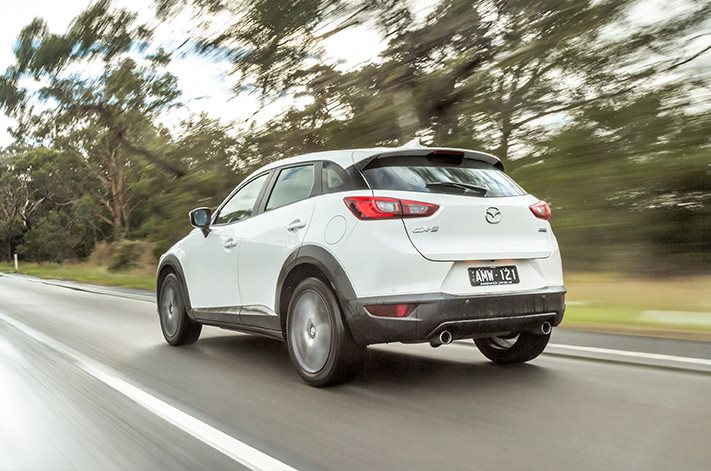 THE WHEELS VERDICT
Mazda’s philosophy is to avoid change for changes sake so it would take a very keen eye to notice any visual differences applied to the 2017 CX-3. Mazda’s engineers turned their attention to improving ride-refinement and road noise and have succeeded with both, allowing the CX-3 to meet existing benchmarks without necessarily creating new ones. Where it does raise the small-SUV bar is through the inclusion of advanced driver safety technology. The CX-3 already did a lot right and now ticks even more boxes. 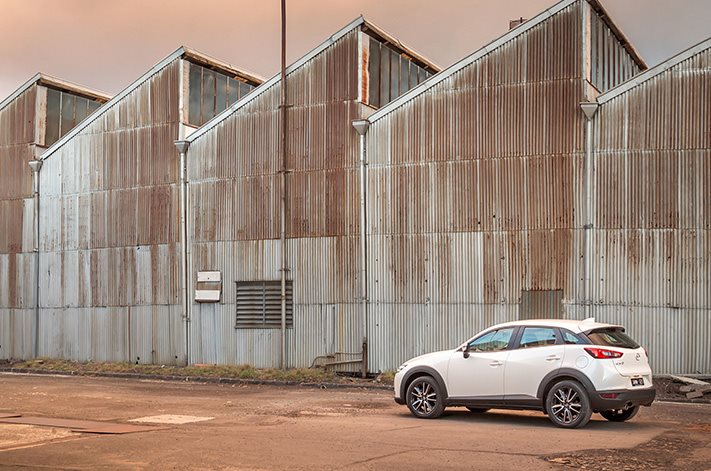 THE WHEELS REVIEW
Mazda’s confidence in what it gets right is matched by its ability to heed criticism, so the CX-3’s first update is about addressing its few technical shortcomings while adding new safety features.

A key criticism of the old model was its less-than-refined ride on uneven roads, its tyre roar on coarse surfaces, and strident (if enthusiastic) noises from the engine bay.

Mazda has sweetened the CX-3’s dynamics by adding its G-Vectoring Control (GVC) system, which uses the engine to enhance chassis performance by varying the torque loading on the front wheels for smoother cornering. It also redesigned the front suspension arms and changed the angle of the front damper bushes, resulting in a more refined ride on rougher surfaces and less lateral movement. Rear bush angles were also altered to ensure the rear suspension follows the front more faithfully, and they generally co-operated on all but the tightest bends.

Over the rough, winding backroads near Melbourne Airport, the sTouring AWD diesel auto’s front wheels certainly felt more planted and bodyroll was better contained. Despite the noticeable improvement the CX-3 still doesn’t quite match the sophisticated ride of its best rivals (the C-HR and 2008). 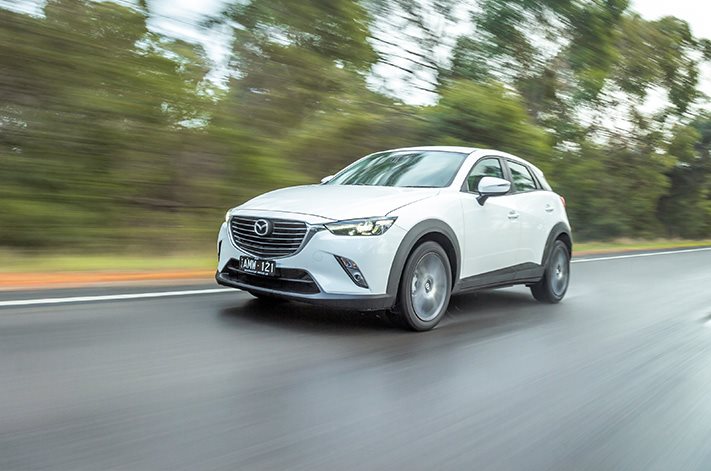 Diesel variants have also been improved in terms of response and refinement, with ‘High-Precision DE Boost Control’ employed to reduce acceleration lag. The 77kW/270Nm 1.5-litre turbo-diesel also sounds less truck-like thanks to a Natural Sound Smoother that reduces ‘diesel knock’ through the use of a damper in the hollow section of the piston pin, and Natural Sound Frequency Control, which suppresses sound waves much like noise cancelling headphones.

Throttle response is excellent, especially in stop start traffic, but it remains to be seen if it will lead to diesel CX-3s accounting for more than the current three percent of sales.

The refinements haven’t had an impact on performance of the diesel engine, which is carried over from the previous model along with the 109kW/192Nm 2.0-litre petrol donk.

The other CX-3 bugbear, road noise, has also been addressed by adding thicker carpet, and additional sound insulation in the dash panel and floor tunnel. Thicker trim seals have also been added to the C-pillar and tailgate opening, resulting in a reasonable reduction in general road and wind noise though tyre rumble was still a little harsh at speed. 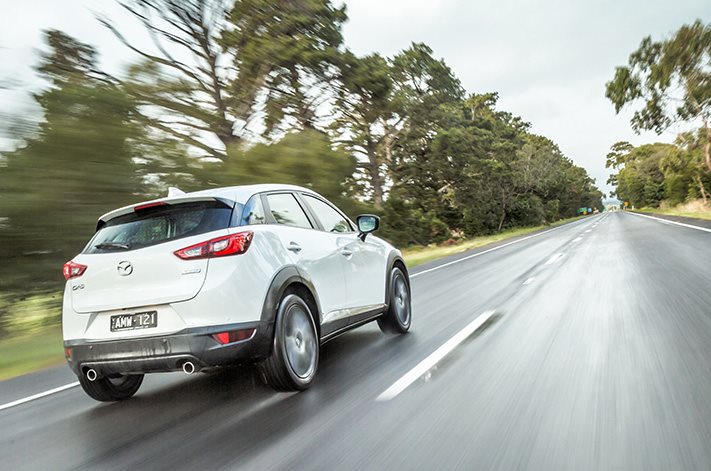 Perhaps more significant in a marketing sense is the addition of advanced driver assistance technology, including forward and reverse Smart City Brake Support as standard across the range – making the CX-3 the first small SUV in its class to feature autonomous braking as standard in Australia.

Other new safety features include lane-keeping assist, front parking sensors and active LED headlights which are standard in the range-topping Akari variant, though there is still no active cruise control option. Blind Spot Monitoring comes standard in all variants bar the entry-level Neo.

Aesthetically, unless a 2017 CX-3 comes in the all-new Eternal Blue Mica paint job or with new gun-metal 18-inch alloys, there isn’t much to show outside. Inside, the key differences are the more ergonomic multi-function steering wheel from the CX-9 and an illuminated gauge cluster that’s an improvement on the old LCD display. 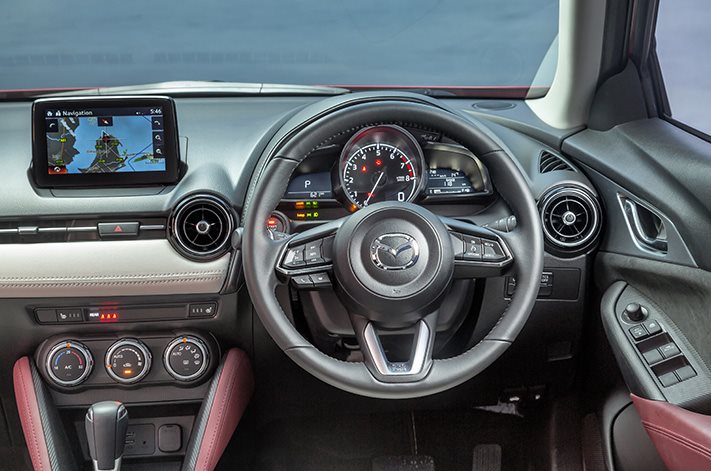 The CX-3’s ride enhancements and additional safety features should secure its segment reign for the foreseeable future, but with Hyundai and Kia poised to finally enter the small SUV category, it will be interesting to see if the updated CX-3 can hold fort. 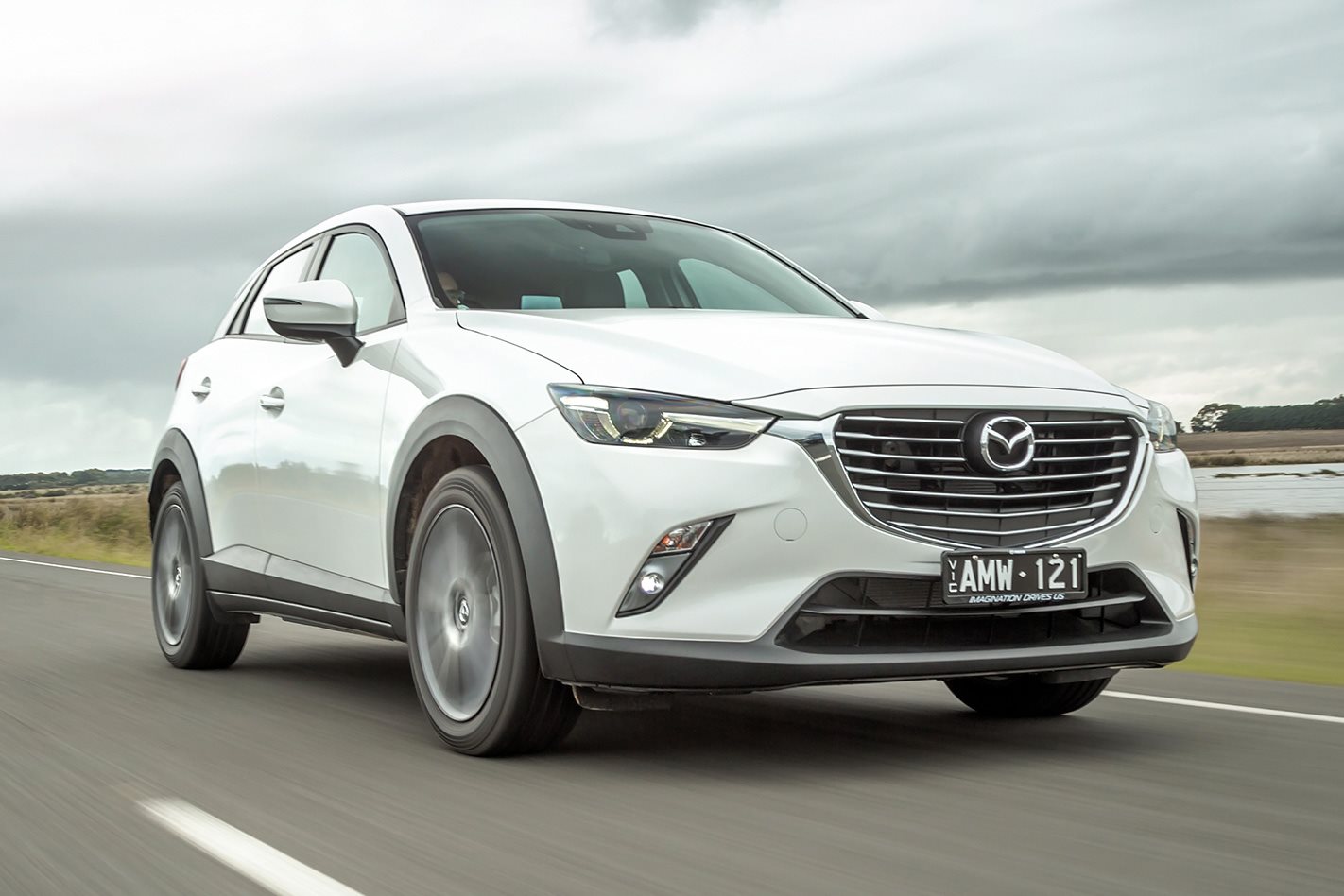