The Mazda CX-3 is the most driver-focused compact SUV to date, with some perplexing inconsistencies in refinement and ride that blur the lines

The most driver-focused compact SUV to date, with some perplexing inconsistencies that blur the lines.

MAZDA has finally cracked it.

Every small SUV to date has in some way fallen short. Some, like the Honda HR-V and Renault Captur, are nearly there. But only one is good enough to break through. 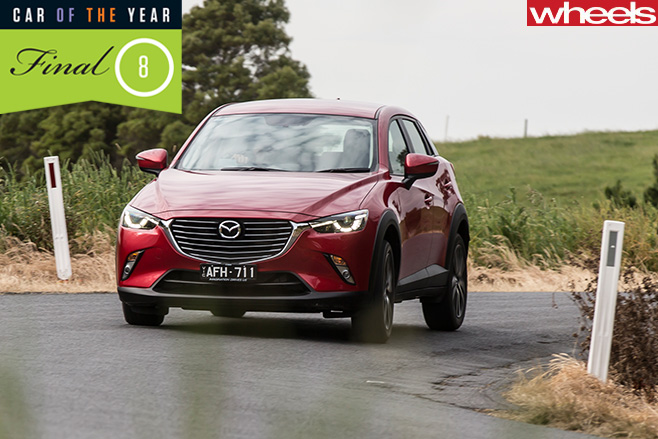 Using much of the same ‘SkyActiv’ drivetrain and chassis tech as the Mazda 2 light car, the Japanese-built crossover has managed the near-impossible – a striking, stylish shape without packaging compromise.

Rear-seat space isn’t palatial. But smart thinking ensures comfortable seating for four adults, or two with three kids out back. Cargo capacity isn’t too bad, either. 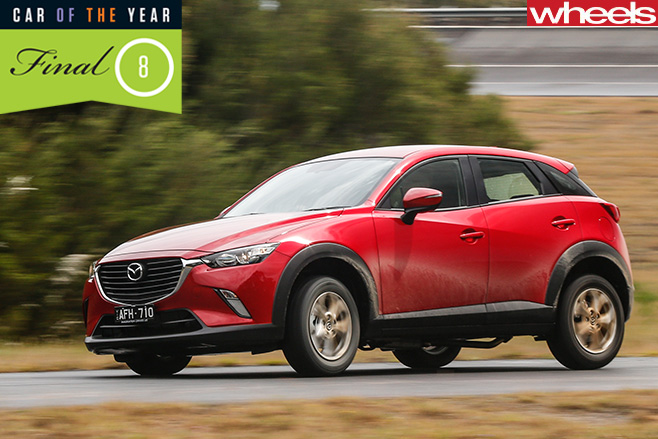 And then there’s the value of the $19,990 base Neo manual. In one fell swoop, the best in class is also the cheapest. It’s no stripper special either, with strong 2.0-litre performance, a slick six-speed manual, five-star safety, a seamless idle-stop system, cruise, rear sensors, and Bluetooth.

Find another $1030 and you’ll also score (low-speed) AEB. But it’s the $22,390 CX-3 Maxx, with standard sat-nav, MZD Connect multimedia, alloys and a leather steering wheel, that shines brightest for value. 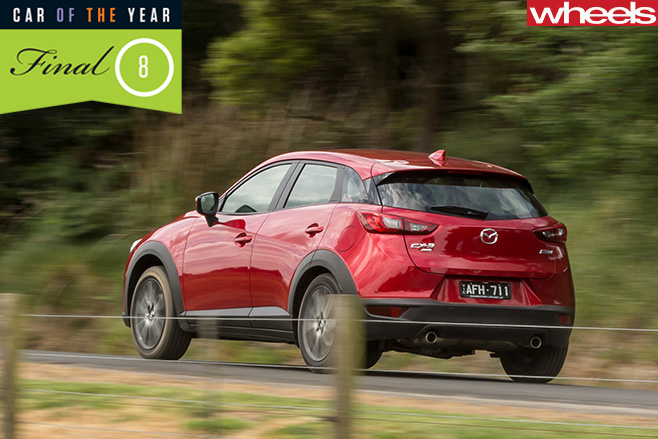 Mazda is also showing the way by offering the luxury of choice. As well as the aforementioned manual, there’s all-wheel drive, and diesel, too – 17 variants in total.

The CX-3’s chassis is built to please, whether you’re pottering around in the urban jungle, or tearing up Lang Lang. No matter what version, the electric rack-and-pinion steering offers a weight, response, and fluidity alien to most SUV alternatives. Move to the AWD and there’s a tangible increase in grip and poise. 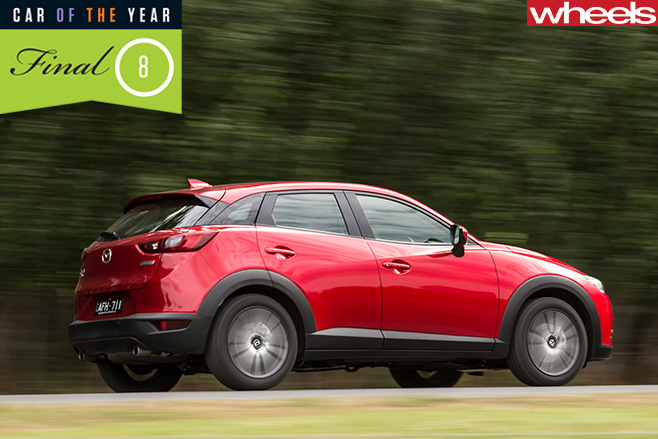 If all this sounds like a COTY shoo-in, it’s worth remembering that while the CX-3 outsmarts most SUVs for dynamics, issues do still exist.

Perhaps the most infuriating is the noise intrusion from the 2.0-litre petrol engine. Above 4000rpm it roars and vibrates, undermining refinement significantly. That wouldn’t be such an issue if there was loads of low-down torque to rely on, but there’s a low-rev tractability hole. And the engine’s NVH issues are inconsistent. Our front-drive petrol Maxx manual was noticeably less vibey than the petrol sTouring AWD also at COTY. 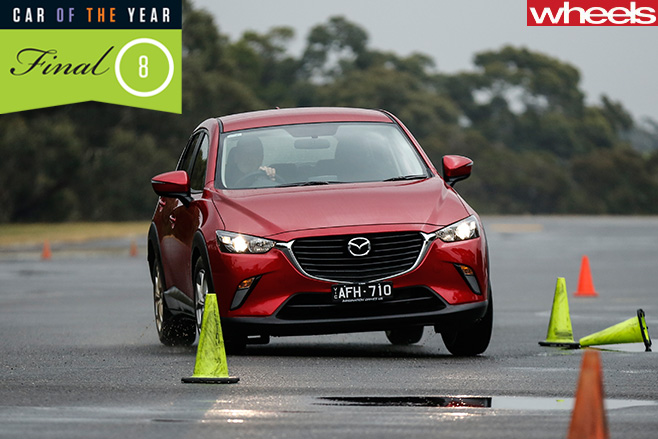 Predictably, while the 77kW/270Nm 1.5-litre turbo-diesel is much quieter, it too can be sluggish at take-off speeds. At least both engines are exceptionally economical.

Just as flummoxing is the CX-3’s busy ride quality on the larger of the two wheel packages. Choosing the 215/50R18 rubber is a recipe for a stiff-legged suspension tune that undoes some of the seating’s great work. 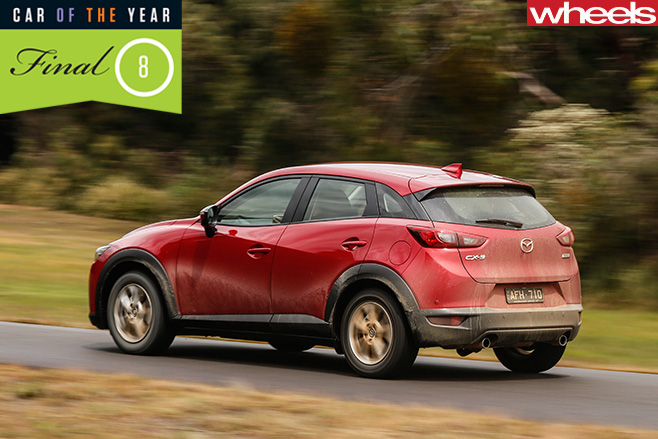 Finally, on undulating or bumpy roads at speed, the nose tends to bob around. It varies according to front-drive or AWD, with the latter showing more consistency.

In the end, it was inconsistent refinement and patchy ride issues that held the CX-3 SUV back from progressing to COTY’s final round. That doesn’t diminish the boundaries it pushes compared to its rivals. By a clear margin, Mazda’s crossover is our favourite baby SUV.