The program manager for the MX-5 Retractable Fastback points to the half-hexagonal line where the hard-top’s flying buttresses meet each rear quarter panel, explaining that it was inspired by the closing door of a Star Trek spacecraft.

But there’s more than trivial trickery at play with this tin-topped ND generation.Having to stow two of the three parts of the folding roof mechanism results in the Mazda’s boot space falling by just three litres, now 127L.

Nakayama-san admits that compared with the larger 2005-era NC there was 70mm less stowage length to work with, so if all three pieces were to drop it would have meant culling the boot or stretching the wheelbase – and neither were desirable options, so therefore some sorcery was required. 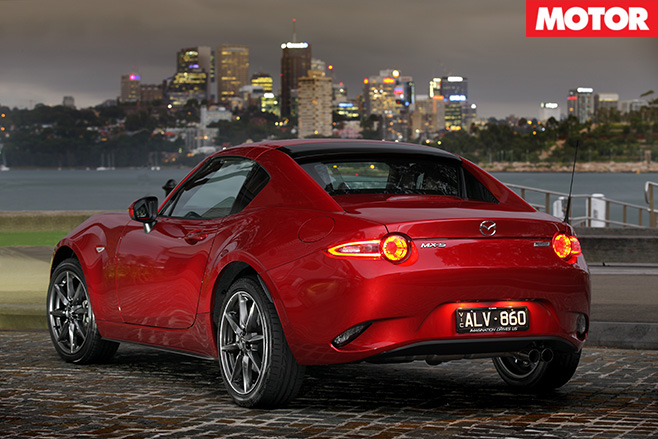 It meant making the bit that stays on top looks more appealing than before. The flying buttresses are connected by a header rail that electrically lifts back and above the bootlid.

The rear glass acrobats into the same cavity where the manual soft-top is stowed, the final roof piece bunkering just above it. When the buttresses are brought back into place, it means the glass window behind occupants’ heads has vanished like magic.

An electric roof mechanism that can operate at up to 10km/h, and lower in 13 seconds, adds back some of the weight that ND engineers flushed from the NC. 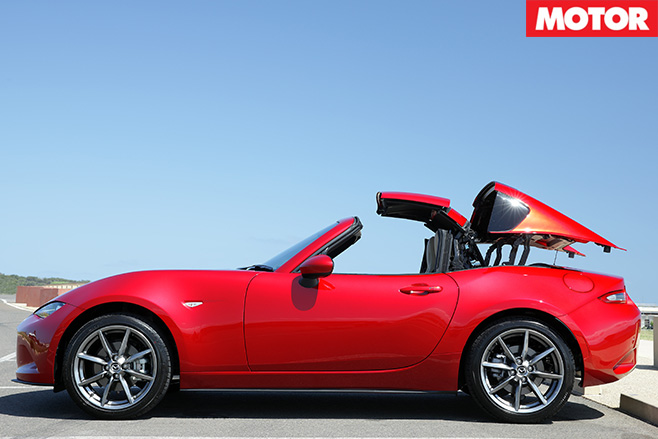 But the increased rigidity of a hard-top meant Mazda could afford to punch holes in the underfloor bracing without making the RF wobbly. It brings the weight deficit to 47kg, 1033kg Roadster 2.0-litre versus 1080kg RF. The only dimension that changes is height – it’s now 10mm taller – while the suspension has been tweaked slightly.

Particularly given there are no changes to the 2.0-litre engine, it’s no surprise that the MX-5 RF drives the same as the Roadster. Perhaps on really rough roads there is less steering rack rattle – although some remains – and the tin-top is decently quiet on smooth surfaces, only raising decibels on coarse-chip and with slight wind noise at speed. 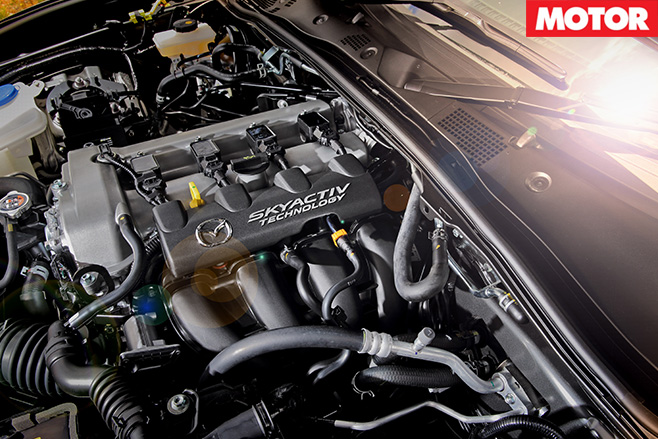 With the top up the MX-5 still provides inferior seat comfort and positioning compared with, say, a Toyota 86. The tiller lacks reach adjustability and is a fraction lacking in crispness (again only by comparison). The complaints stop with an engine that makes a growly, but uninspiring sound.

Thankfully there is a perfect manual shifter and a surprisingly intuitive and slick auto option. It’s the start of what remains a vehicle that is highly enjoyable to drive, delivering a supreme feeling of lightness, a sharp front-end that joins with excellent throttle response to enhance balance, a fabulous single-setting stability control setting and a beautifully resolved ride. 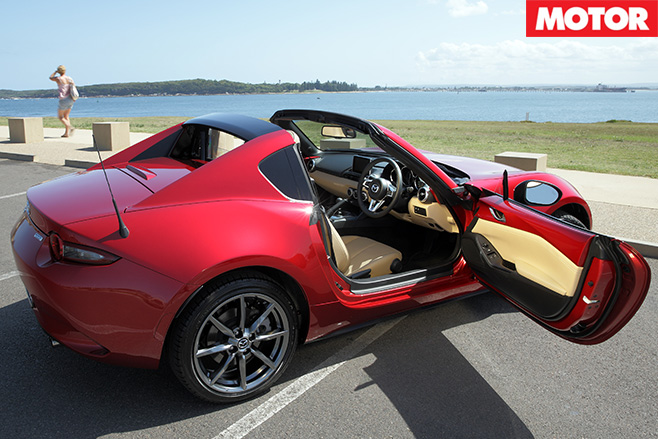 In the latter two areas the Mazda previously had a demonstrable lead over the pre-facelift Hachi-roku, but its coupe competitor has become more ‘Mixified’ in such areas since its update. Call it the sincerest form of flattery; RF versus 86 would be close.

Mazda estimates that 60 per cent of Mixxer buyers will choose the tin-top despite only being available in pricier 2.0-litre guise and for around $4K above the equivalent soft-top. 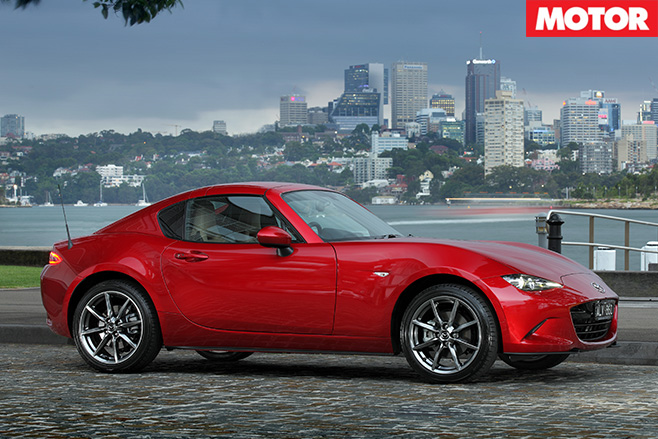 But the company also admits that a choice between MX-5 Roadster and RF could simply come down to design preference (and maybe overnight security). To these eyes those flying buttresses seem to create tall and narrow proportions, and from behind they appear like reaching-out gargoyles placed either side of a drawbridge.

For absolutists – and perhaps the Bang For Your Bucks scorecard – it’s the cheaper pricetag and lightweight purity of the soft-top that still leaves it as the more spellbinding MX-5. 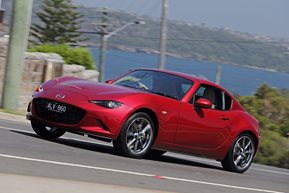