Mazda MX-5 buyers will need more dough to buy the Retractable Fastback (RF) flagship version which lands locally in February for $38,550 before on-roads. 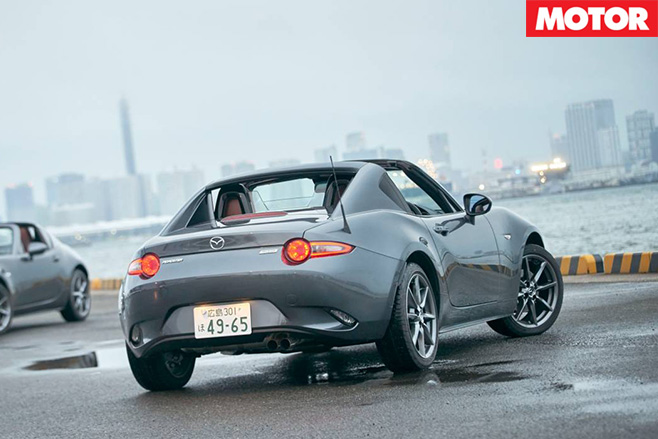 Those prices represent a hike of between $4060 and $4340 compared with fabric-roof models that also lack the electric-fold function of the MX-5 RF. The hard-top can drop at the press of a dash-mounted button at up to 10km/h and takes up no extra space inside the boot, which gets an unchanged 110-litre luggage volume. 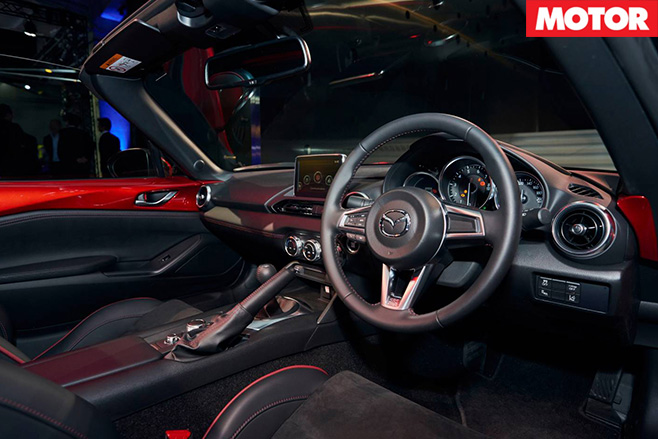 There is, however, a 40kg hike in kerb weight, though the 118kW/200Nm four-cylinder remains unaltered. Exclusives to the MX-5 RF include a colour screen ahead of the driver and Nappa leather seat trim available for a further $1000 on the flagship model grade only. 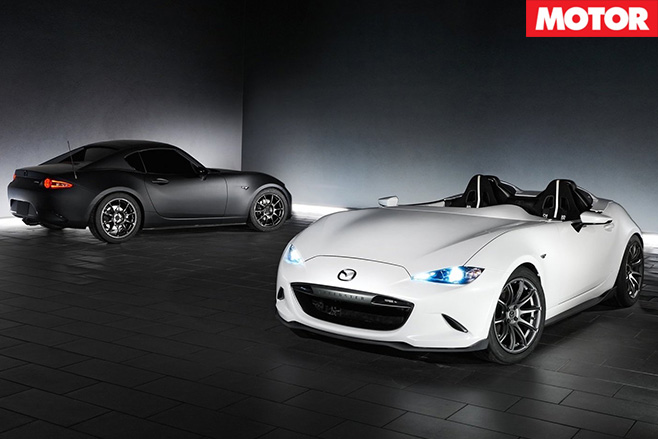 We may have to wait a while longer to see a production version of the MX-5 RF Kuro concept shown at this year’s SEMA auto show in Las Vegas, however. Along with the MX-5 Speedster Evolution, both stripped-back racers for the road debut adjustable suspension technology and Brembo brakes from the MX-5 Global Racecar.

If Mazda builds production versions, expect to see them later in the MX-5’s lifecycle.