If you’re keen on a new MX-5 but aren’t a fan of the convertible look, Mazda now has you covered, unveiling the MX-5 RF (Retractable Fastback) this morning ahead of its New York Motor Show debut.

Towards the end of the third-generation NC’s life, the hardtop MX-5 accounted for more than 50 per cent of sales, and Mazda has seized upon this demand to offer greater differentiation for this fourth-generation model. 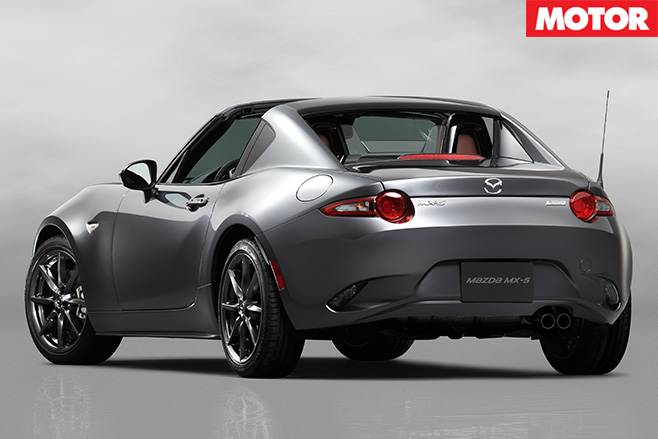 The NC’s roof was electrically operated but still looked like the removable hardtops offered on NA and NB MX-5s, however the ND has opted for more of a Targa-style arrangement.

Key to this is the new ‘Fastback’ styling, with Ferrari-style flying buttresses resulting in less of a convertible feel roof-down, but far more cohesive coupe styling with the roof in place. 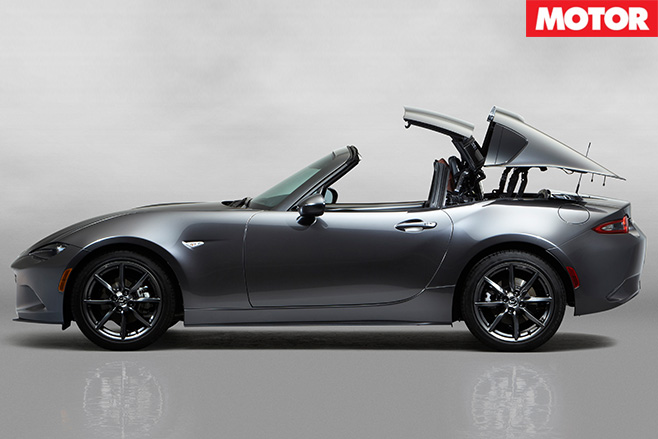 The roof can be opened and closed at speeds of up to 10km/h and does not impede on boot space, the RF offering the same 130-litre boot capacity as its soft-top sibling.

Mazda does not mention any weight penalty associated with the folding metal roof, however we expect it to be in the region of 40-50kg. 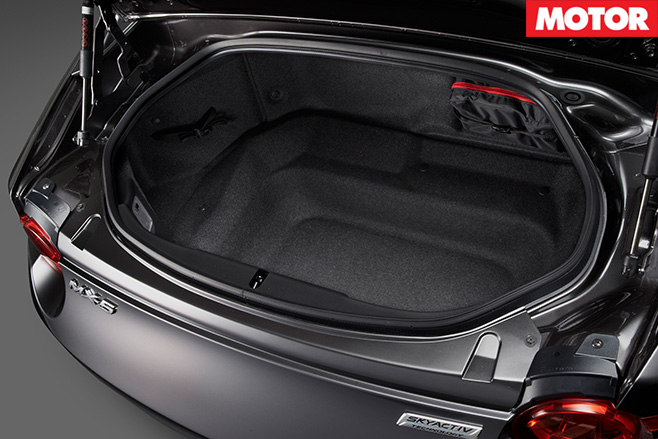 In Australia the RF will be offered only in 2.0-litre guise and debut the new ‘Machine Grey’ colour, which joins Soul Red in Mazda’s premium colour palette. 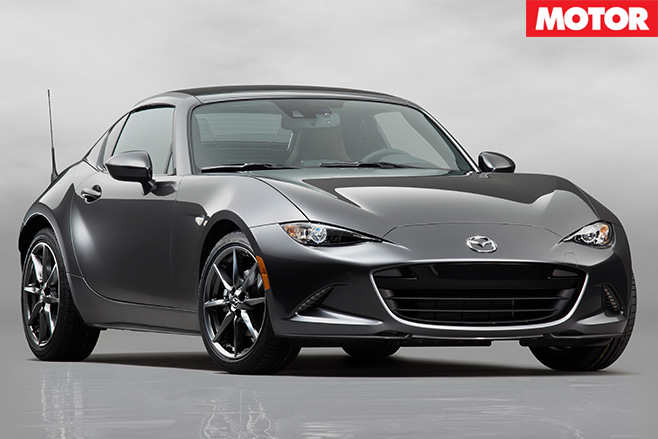 The paint is applied in three layers - colour, reflective and clear - with the reflective layer containing thin aluminium flakes. This layer shrinks to just 2.5 microns during the drying process to accentuate its metallic look.

The RF will command an as-yet unspecified premium of the regular MX-5 roadster, but we’ll bring you more details as they come to hand.