WE UNDERSTAND why people shell out for the $461,900 911 Turbo S: With 427kW, gorgeous centrelock wheels hiding standard carbon ceramics, and its conservatively claimed 2.9sec 0-100km/h time, it’s the Big Mutha.

Yet we strongly advise the money is better spent on the $384,600 911 Turbo and the leftover $75K spent completing multiple rounds of the Porsche Sport Driving School, including laps in the Carrera Cup car. And you’d still probably have enough leftover to book Phillip Island, just for yourself. 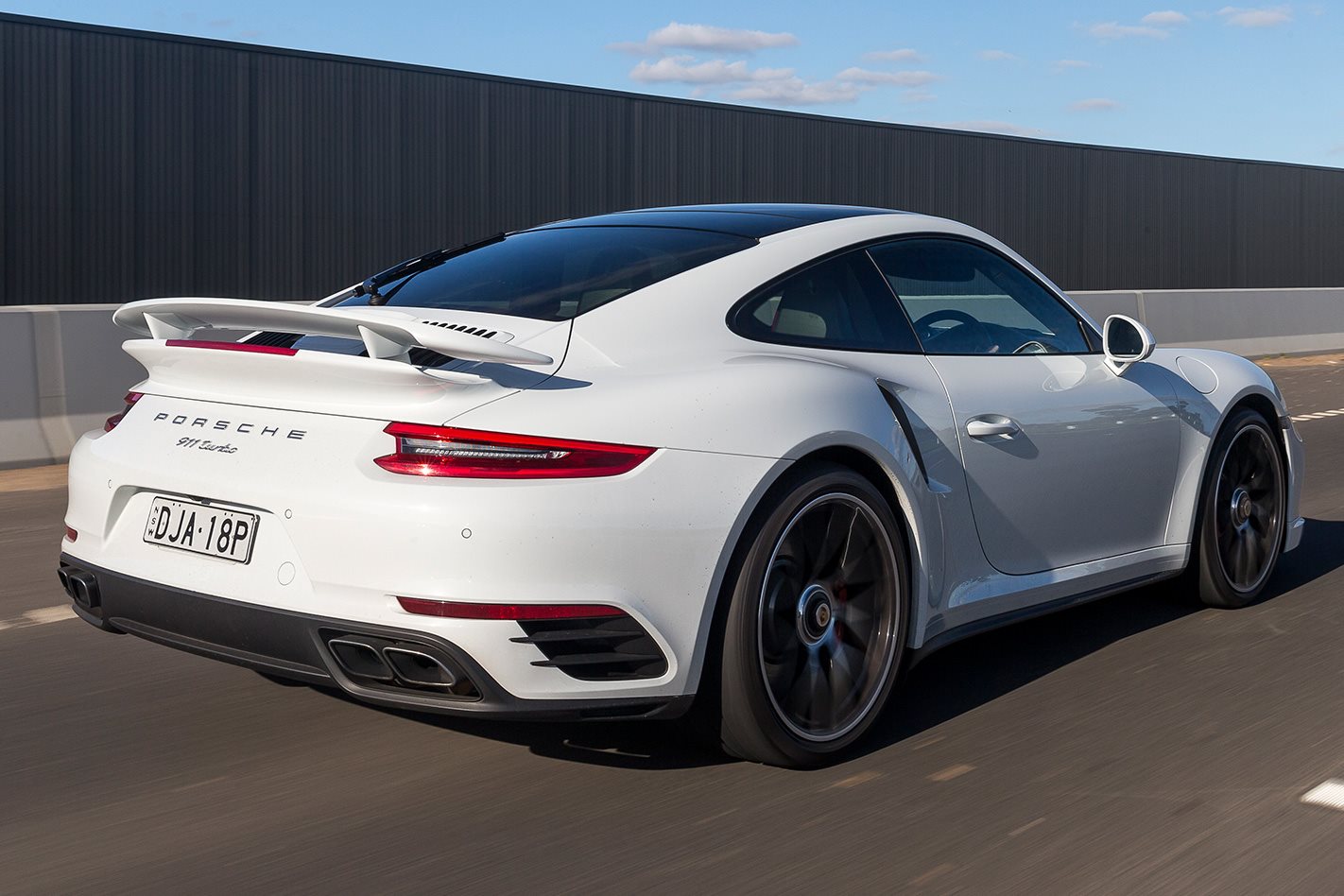 Can’t be bothered doing all that? We’re sure you could set aside $5K to have someone do it all for you, flights and accommodation included, and just tell you when and where to turn up.

You’d have a hell of a year. And not only would you not miss having a few S badges and some yellow brake calipers but, at the track day when there just so happens to be you in your Turbo and the bloke with the diamond ear-stud in his Turbo S, you know the blue flags will be coming out. And it won’t be you glancing up in the rear vision mirror.

The Turbo, our 2014 Performance Car of the Year, has recently been refreshed with more changes than just the 991.2 styling treatment (headlights, tail-lights, engine cover and myriad other minute changes). Modified inlet ports, new injector nozzles and higher fuel pressure yield an extra 14kW and 50Nm. 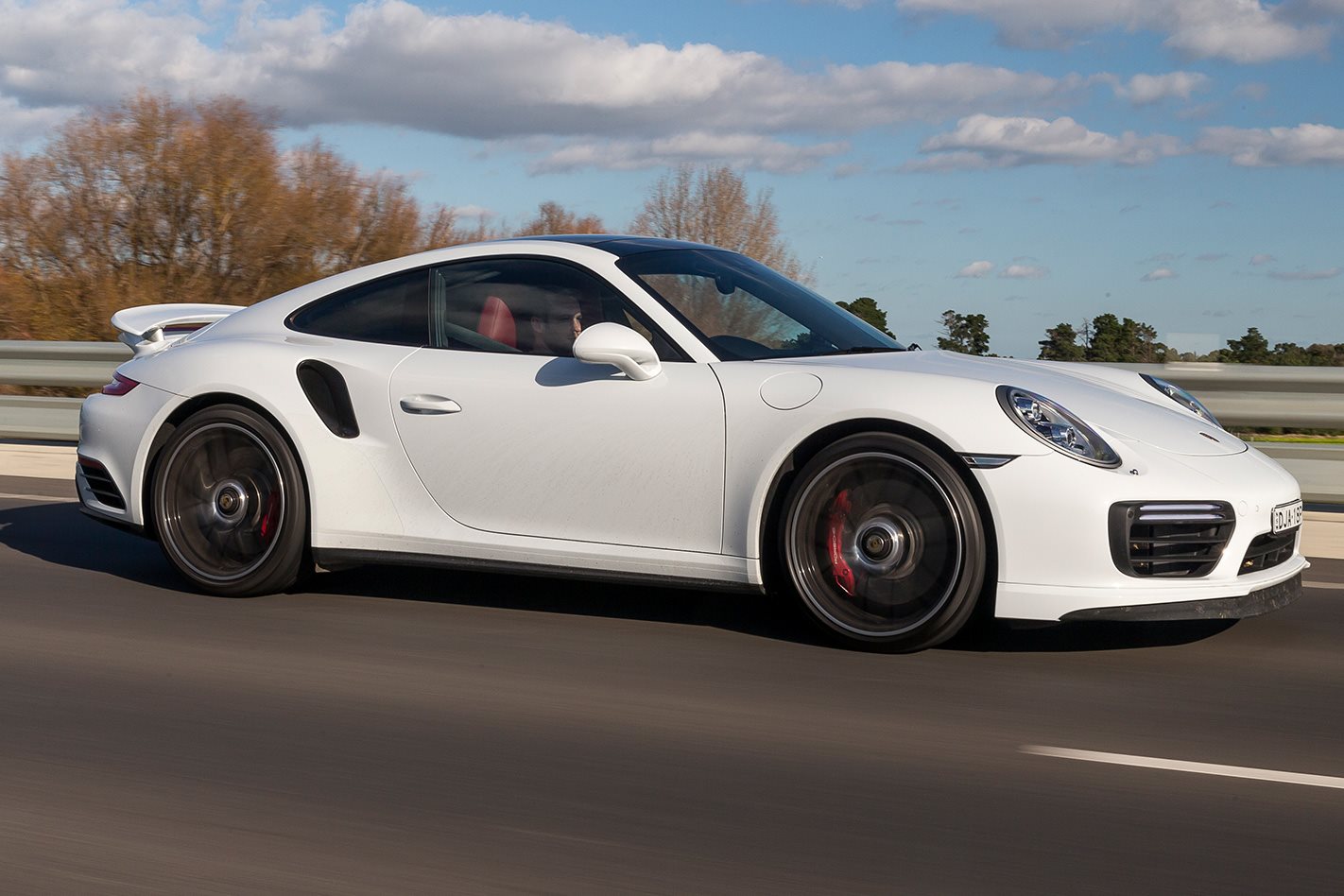 There’s now a new ‘dynamic boost function’ which aims to improve throttle response – come off the gas aggressively and the engine actually keeps the throttle open but cuts fuel temporarily, so the turbos are still wide awake when you get back on it.

Meanwhile the 991.2 Turbo also gets half-inch wider wheels at both ends; the new, less restrictive PSM Sport; and the adaptive dampers giving a broader spectrum of comfort and performance, says Porsche.

Inside there’s the new 360mm steering wheel with the drive modes on a wheel-mounted rotary selector, the new Sport Response quasi-overtaking button, and excellent new infotainment system. The price has crept up more than $20,000. Have all these changes transformed the 911 Turbo? Err, no. 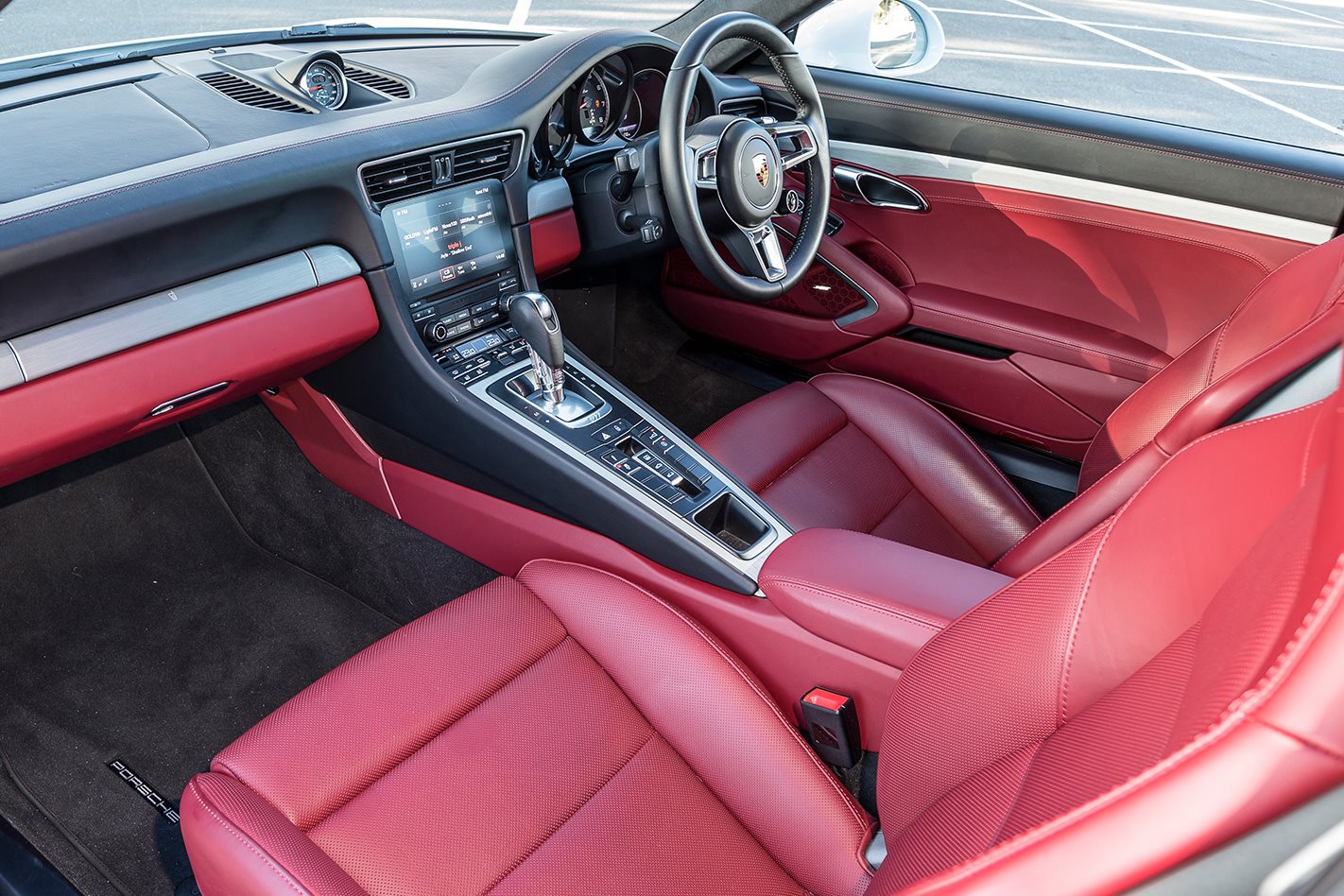 The interior now feels a little nicer and fresher – even if, six years after its launch, it’s generally starting to feel a little old. On the road at least, the PSM Sport isn’t as welcome as it is in rear-drive turbo Carrera models as the Turbo is not a car you play with on the throttle. It is monstrously fast and capable, with outrageous brakes and huge grip.

For its relatively mature styling, this is a Ferrari and Lamborghini slayer up a twisty road, down a drag strip and on a track. And yet for all its breathtaking potency and ability, it’s a superb all-rounder whether it’s the commute to work or the track day.

In many ways while it’s easy to poke fun at people who buy a Turbo S, normal people will find a Turbo more than enough. And not just because you pocket $75K, though there is that. 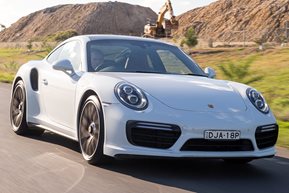