This is Gran Turismo par excellence – prettier than its frumpy predecessor, it folds sports car performance and handling into long-distance comfort with innovation and high-level refinement, materials and build quality.

It's the first model based on the modular MSB architecture; developed by Porsche, the RWD/AWD platform will also underpin Bentley’s Continental and Flying Spur in 2017.

The front-mid engine layout gives sweet handling and the aluminium-intensive body is lighter, stiffer and easier to adapt – a shooting brake is confirmed and there may be a 929 coupe/cabrio. It’s over five metres bumper to bumper, and at 1995kg matches the Bugatti Chiron’s mass. 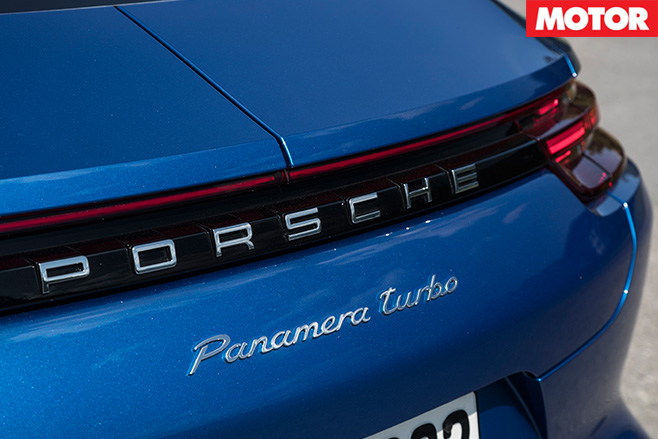 Even though the Panamera Turbo accelerates almost as hard as its 911-based sibling, it doubles as a luxury saloon – if you shell out on extras. The new 404kW 4.0-litre twin-turbo V8 turbo replaces a heavier and thirstier 4.8-litre unit. With an eight-speed dual-clutch transmission and more adventurous all-wheel drive system, the 32-valver pushes all four seats from 0-100km/h in only 3.6sec in Sport Plus mode.

Launch-controlled take-offs are serious events in a car this massive. The initial urge hurls you to 200km/h when it gets its second wind and doesn’t let up until about 280km/h. From there it takes a while to climb to the 306km/h v-max.

Drive this car with enthusiasm and the transmission adapts, ignoring 7th and 8th, shifting down earlier, holding gears longer. Seventh gear on the autobahn lets you max the beast but while the official average consumption is 7.3L/100km, when the devil got the better of me the on-board computer admitted it was drinking 16L/100km. Though with a list price of $376,900, who cares? 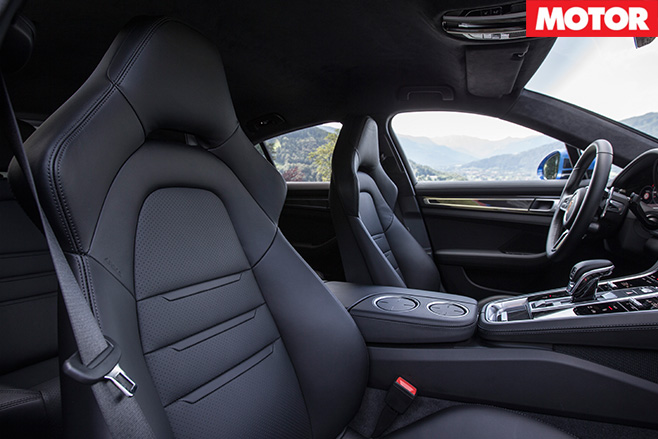 While power is one thing, it’s the way it drives and performs with 770Nm from 1960 to 4500rpm that really matters. There’s an emotional side to the new engine, too, the optional sports exhaust adding bass and the intake a hoarse rustle. Part-throttle action has an impatient rumble, while pedal-to-the-metal it climaxes in a dense crescendo.

Still, it’s not perfect; tip-in is rougher than you’d expect from a world-class GT, throttle response is painfully slow when you move the shifter to reverse or back to drive, there's a small dip between idle and the torque surge, and pronounced low-gear upshift kicks in sportier modes are more GT3 than GT. 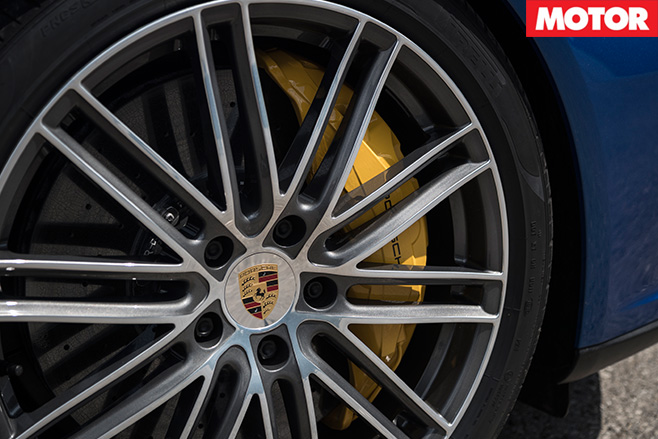 Despite extra-wide 21-inch wheels, the test car wasn’t unduly harsh and didn’t tramline excessively. Rear-wheel steering isn’t something you’d miss – until you tried it. By tightening the turning circle below 50km/h, parking is less of a chore.

At the other end of the speed range, directional stability is less of an issue now. And while the optional carbon-ceramic brakes seem like an unnecessary race track trinket, they are nice to have on normal roads, though the brutal power often requires full ABS assistance and a firm grip on the wheel.

The most critical man-machine interface – steering – has seen some electro-mechanical systems developing lives of their own. Not in the Panamera, with its fixed-rate steering; what you feel is what you get, without amplifier or filter. The car turns in swiftly, oozing confidence, and stays on the ball as you wind on more lock. The steering is precise and well damped. It’s a compelling level of involvement. 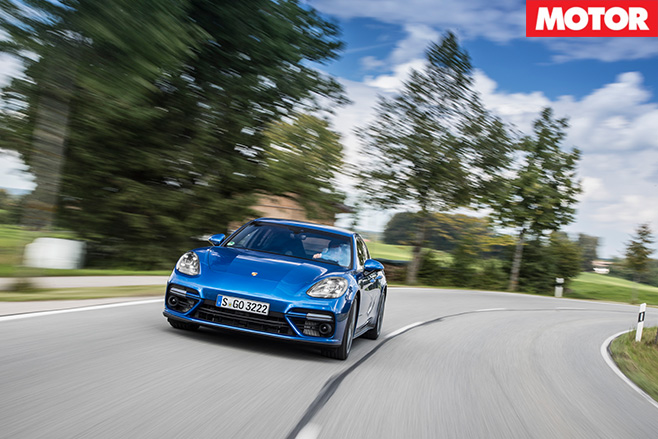 While first-gen Panamera owners rarely complained about the power or handling, they were vocal about the confusing push-button centre stack. That's been reinvented, with a large centre monitor, rearranged secondary controls, a multi-functional instrument panel and plenty of optional novelties like night vision or the Accutron sound system. If smartphones are second-nature to you, you’ll love the new layout – except for the greasy fingermarks that stand out on the glossy black surface. There are hard keys for the basic functions while steering-wheel controls manage the small info screens on each side of the large analogue rev counter. Conspicuous by its absence is a head-up display.

This car combines grand cruiser and sports coupe traits at will, which means your drive can be as relaxed or focused as you want. It’s easy to picture a sportier GTS version with four bucket seats, more aggressive software, manual transmission and rear-wheel drive but that’s not the way Porsche wants to go. Instead, the new Panamera offers technology and luxury, fine materials, rear-seat entertainment and the biggest panoramic roof in its class. 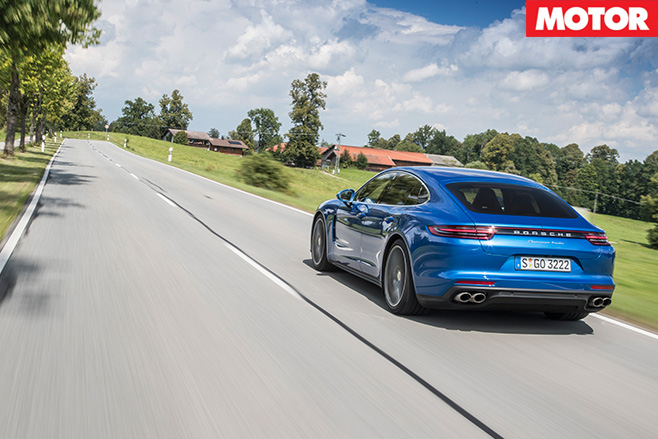 There may be too much on offer. Do you really need to open and close air vents via the touchscreen? Is Porsche the best brand to pioneer InnoDrive, which can see 3km ahead and manage progress in the most fuel-efficient and least involving manner? Sometimes, less is more.

The choice of engines elicits similar thoughts. The 404kW powerhouse is nice but ‘social acceptance’ starts nagging. Still, the V8 runs on four pots part time. The sole diesel now is a 4.0-litre eight that needs all-wheel drive to lay down its grunt.

The smartest choice may be the 328kW 2.9-litre V6, which will be in the 2017 hybrid, with a 102kW e-motor. It’s more responsive, more eager and more exciting, yet weighs and consumes less. Yet for purists, the turbo V8 is sure to remain the favourite and bugger the cost. 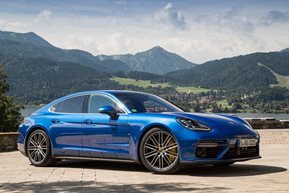