Range Rover’s fashionable Evoque gets a trendy buzzcut for 2017.

WHY ARE WE TESTING IT?
Being an SUV with a retractable roof makes the Range Rover Evoque Convertible unique in the Australian market. Does subtracting a metal roof introduce too many compromises, or does the Evoque convertible’s status as the most attention-seeking member of the Range Rover family compensate for any shortcomings?

MAIN RIVALS
It’s the only convertible luxury SUV on the market, but some may cross-shop with more conventionally bodied drop-tops such as the BMW 4 Series Convertible and Mercedes-Benz C-Class Cabriolet. 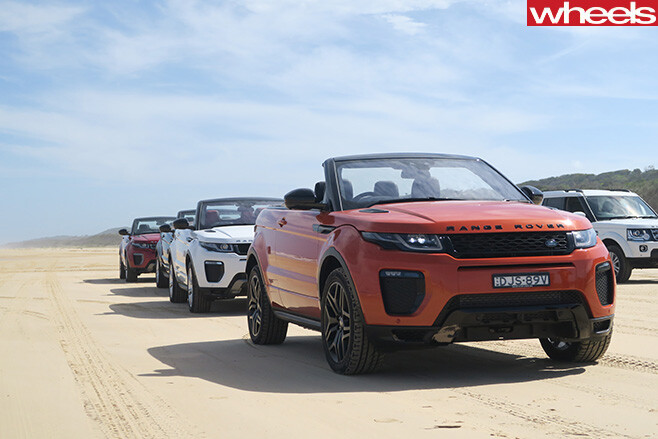 THE WHEELS VERDICT
Say what you will about the idea of a convertible SUV – and what such a machine does for the image of a marque as “traditional” as Range Rover – but the Range Rover Evoque exceeds expectations.

Removing the roof structure adds significant weight that takes the edge off the Evoque’s performance, but it is still more than capable of handling some light off-roading and there’s no more scuttle shake than you’d find in most similarly priced convertibles. 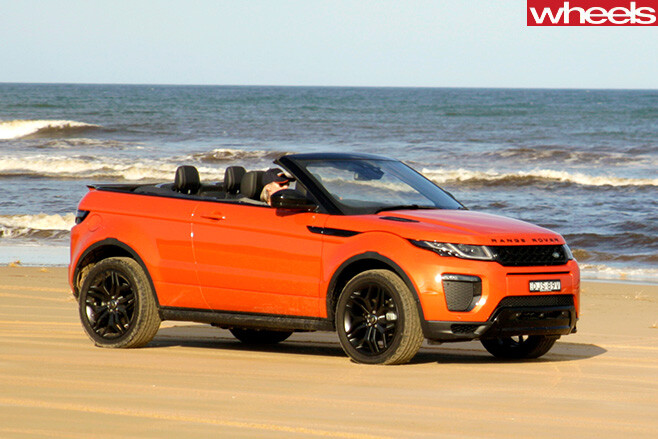 And when it comes to attracting attention, the Evoque does it like few other cars. People stop, stare, and take note. If you’re the type of person who likes to turn heads, this may be your car.

PLUS: It’s a drop-dead gorgeous drop-top; not as floppy as expected; smooth and refined Ingenium diesel
MINUS:  Top-hinged “tailgate”; pretty porky for a medium SUV; expensive

THE WHEELS REVIEW
AS A strong Pacific breeze gently sandblasts our Evoque Convertible’s lurid Phoenix Orange paint with some of Fraser Island’s coarser grades of grit, I come to a surprising realisation: this roofless SUV has left a positive impression. 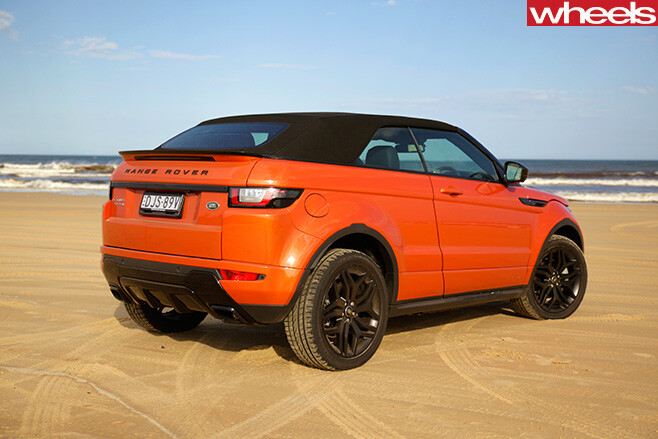 Even at the local launch of the Evoque Convertible on  the island’s spectacular 75-Mile Beach, a Mecca for holiday-making 4WD enthusiasts, the topless Brit isn’t as out of its depth as I imagined it might be. It’s actually - dare I say it - not terrible at all.

It definitely stands out though, even in shades that are more subtle than retina-blasting metallic orange. Toorak Tractors are rare in this particular part of Australia, and we’d wager this is the first time a roofless one has rolled across the island’s sandy trails. 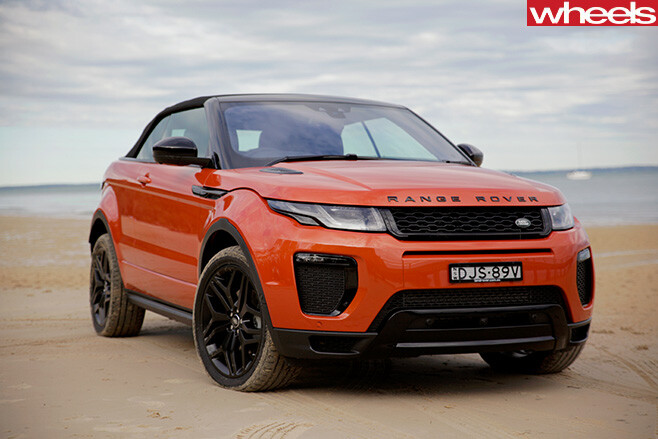 If you disregard the Jeep Wrangler, this is the only truly convertible SUV on sale in Australia. It’s not the first of its type – Nissan beat Rangey to the punch with the hideous Murano CrossCabriolet in the USA, Suzuki had the Vitara, and aftermarket conversions of the disco-era first-gen Range Rover were available back in the day– but in terms of design it’s probably the best-executed soft-top softroader around.

Below the shoulder line the Convertible’s sheetmetal is almost identical to the three-door Range Rover Evoque coupe, and with the roof down it looks fairly dashing. There’s no ungainly “basket handle” keeping the sides from collapsing inward and no rollbars protruding from behind the rear seats to spoil its silhouette. It’s definitely a looker.

The only real annoyance is the convertible’s top-hinged bootlid (enjoy stooping down to locate your luggage) and its $12-16K premium over a comparably equipped Evoque Coupe hardtop. 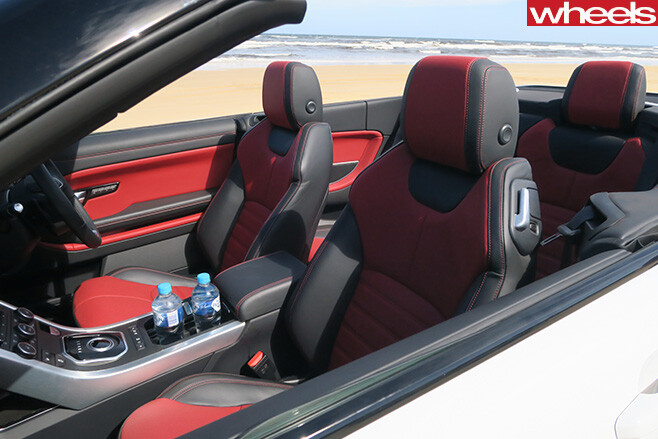 Off-road performance is good, but Fraser Island’s soft sand doesn’t challenge the Evoque’s chassis rigidity much. Slightly wrinkly bitumen back on the mainland does reveal some scuttle shake. It’s surprisingly minimal considering the Evoque’s size (and we expected more), but it’s there despite the Evoque’s underbody reinforcements.

The weight of all those extra braces, and of the folding fabric roof mechanism, and pop-up rollover bars, add up to a substantial 280kg. Straight-line performance is duller than a tin-topped Evoque Coupe as a result.

But that’s the price you pay for a mid-size SUV with genuine four-adult capacity and a power folding fabric roof. If you want to be seen, a roofless Evoque will certainly direct plenty of eyeballs in your direction. 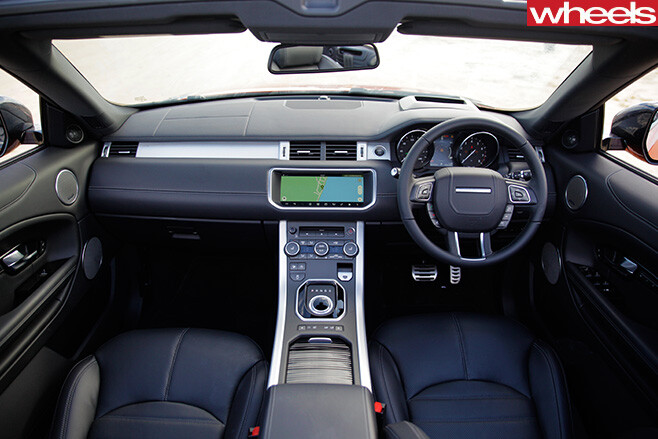 With a zero-to-hundred time of 8.6 seconds the Evoque convertible isn’t much quicker than the average small hatch, though we have to commend the Td4 Ingenium diesel for its petrol-like refinement and near-total absence of diesel clatter.

The Si4 petrol engine is a willing unit, and the nine-speed automatic that both petrol and diesel models are equipped with has a huge spread of ratios to cater to any condition. All Evoque convertibles come with an on-demand AWD system as standard, which is part of the reason the range’s starting price is a heady $84,835.

Otherwise, the Evoque Convertible steers and stops in a similar fashion to the hardtop. Besides the extra mass, its mechanical package is, after all, identical.