The perfect all-rounder – business as usual

There’s a reason the Golf GTI is brought up in almost every argument about which hot hatch is the best.

It’s not because it’s the sharpest or fastest, though sharp and fast it is. What the GTI has going for it is that it does everything well, and it’s almost always been that way. While other hatches have been compared to the GTI endlessly, VW’s flagship has made it all the way to Mk7.5, constantly evolving and honing the genre it created.

Modern tech such as driver assist and adaptive dampers weren’t always around, nor was the turbo for that matter, but the basic recipe is the same and Volkswagen is keen to keep slowly perfecting it. Baby steps mean the 7.5 now has VW’s new infotainment system, an extra 7kW, and a new instrument display. 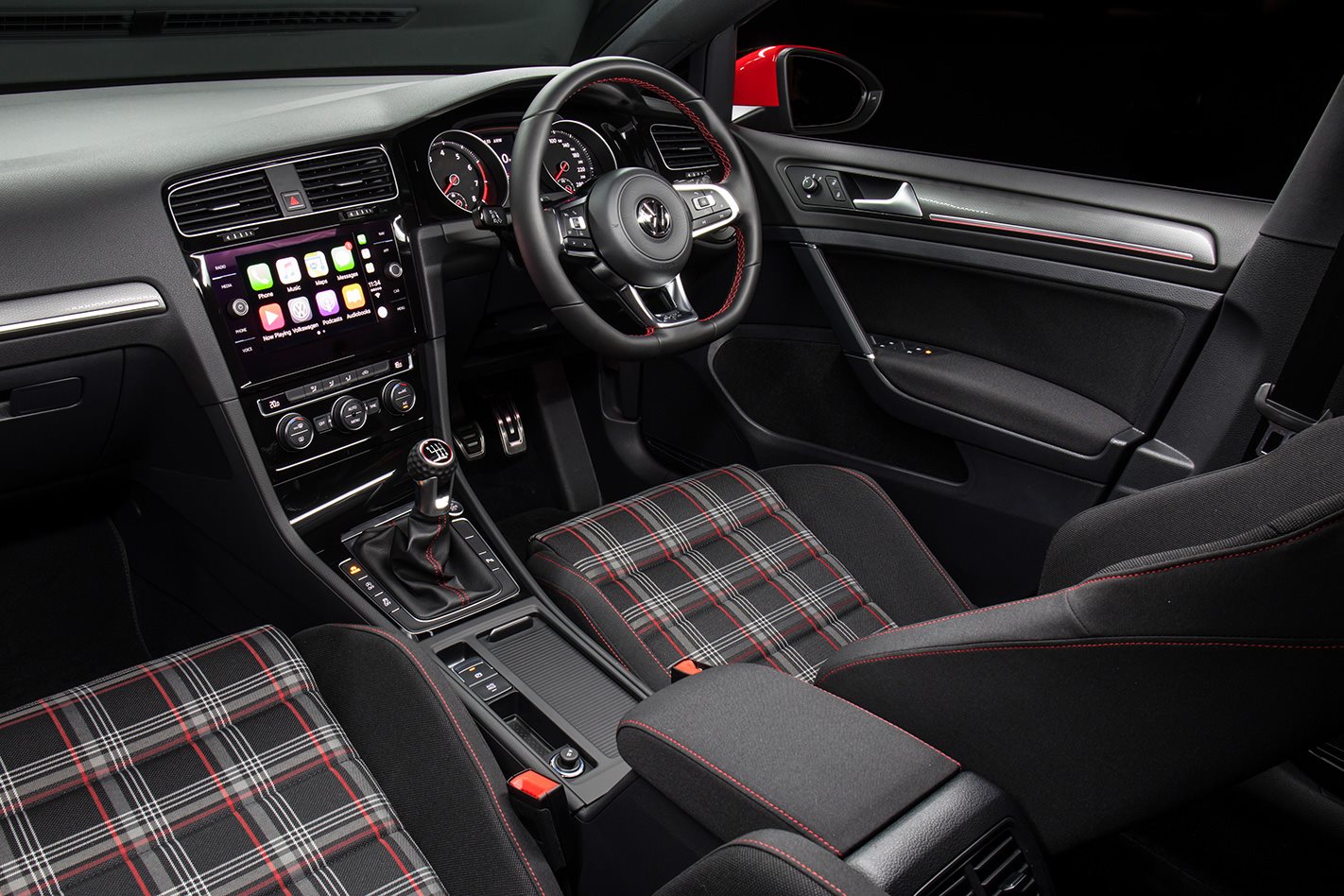 It also means you’d need to park it beside a Mk7 to spot the exterior changes. Hop in, however, and you’ll immediately appreciate the quality of VW’s interior material choices and how they’re used.

The fact that the shifter is still golf-ball themed after four decades, as well as the iconic Clark tartan cloth upholstery, makes the 7.5 feel remarkably similar to a classic GTI inside, bar the accelerator’s response and the playful turbo whistle. With a sweet turbocharged 2.0-litre four under the bonnet, the GTI feels as quick as it needs to, even in a straight line.

Its 169kW helps, sure, but it’s the 350Nm, available from just 1500rpm, which is doing the heavy lifting. You won’t do yourself any favours by revving the guts out of it, either. Torque drops off quite sharply from 4600rpm. Instead, you find yourself in second gear, pushing the GTI through corners and exiting with your left hand gliding the shifter into third.

And I do mean gliding. Shifts feel smooth thanks to a lightly weighted clutch pedal and a shifter which is compliant, but retains a satisfying mechanical feel. Also smooth is Comfort mode, which allows the GTI to gently saunter over rough roads without wafting, while Sport mode is focused enough for serious driving without incurring a chiro bill. 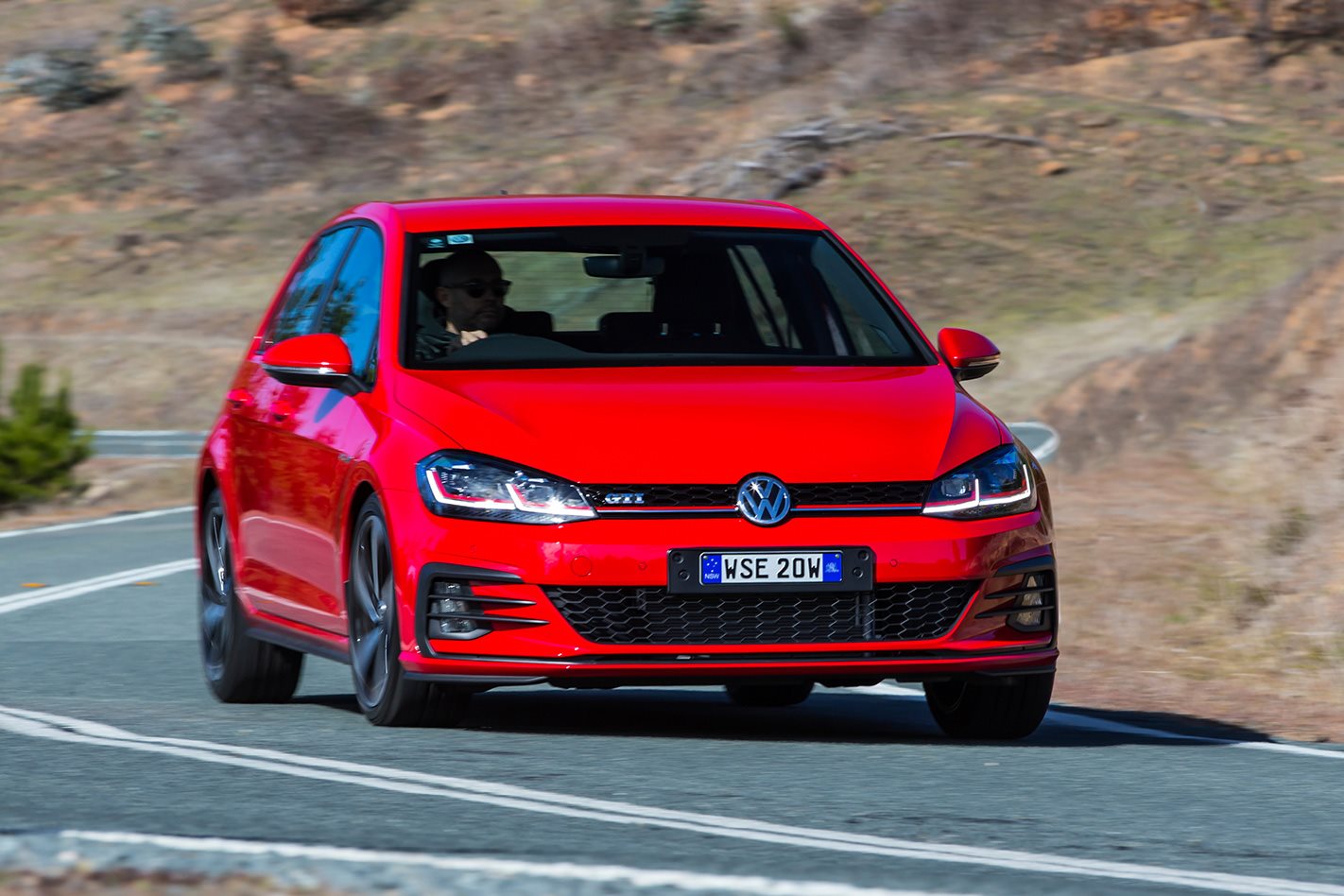 The GTI is not a car of extremes. The chassis is easy to read and settled, allowing you to react quite confidently to changing dynamics. Lift-off oversteer is almost non-existent thanks to unkillable ESC. On that note, steering feels better in Normal mode, with Sport mode doing little but adding artificial resistance.

If there was one thing the GTI could do with, it’s the electronic limited-slip diff from the top-spec Performance Edition. Yes, this is the ‘base’ GTI, but chirping wheels force you to be a little more restrained than you’ll sometimes want to be. It’s avoidable, but only if you dial it back a tenth or so.

Though the lower-grade Hyundai i30 N and Renault Megane RS are yet to land Down Under, if you’re shopping for a hot hatch that stays true to its tradition while keeping ahead of the pack, the GTI should be on your list.

4.5 stars out of 5
Likes: More oomph; three-pedal option
Dislikes: Wheelspin; not the most focused front-driver 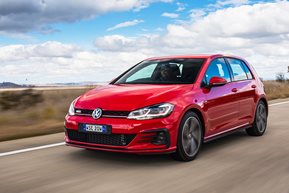