If you’re going in hard and heavy with the performance guns like VW is with the new Golf line-up, then you need a flagship model that is not in the habit of taking prisoners.

Then again, you don’t want to screw the pooch with wholesale changes that somehow dilute the spirit of the car that helped put the Golf thing up on that pedestal in the first place.

Kind of a nice problem to have, and with the launch of the performance versions of the Golf 7.5, we’re inclined to think VW has struck the right balance. 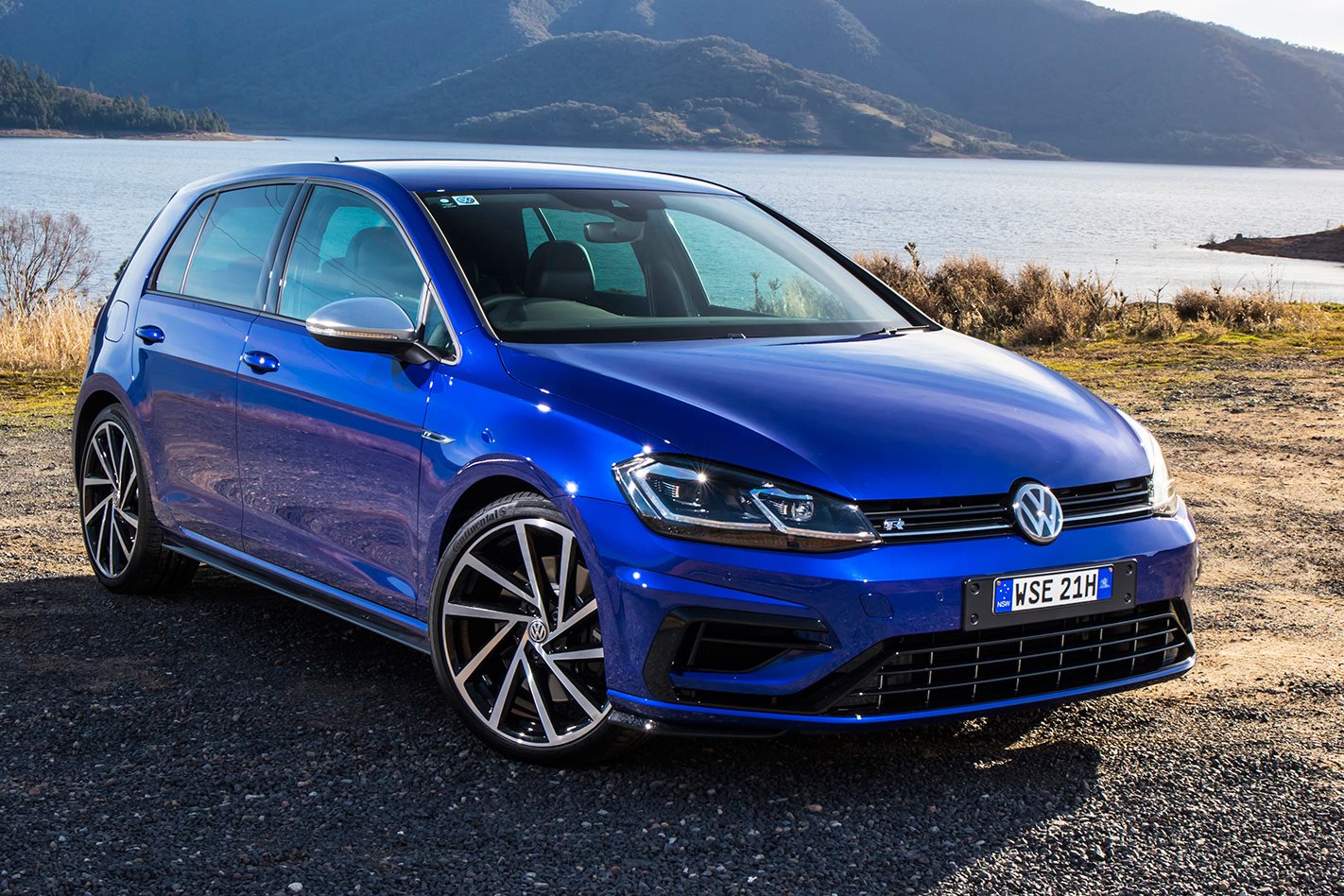 Like the other new performance Golfs, the new R version gets a moderate power-up and some new kit. A high-brow, eight-injector dual fuel-injection system helps, as does the new variable lift on the camshaft and the electric wastegate.

Significantly, though, the basic look and feel hasn’t been altered. If ever there was a case of aint broke, don’t fix, this is probably it.

So what is different? Well, the new Golf R is pretty loaded with new kit, starting with the driver assistance package, dynamic LED indicators, the active dashboard, 19-inch alloys, leather trim, a power driver’s seat with memory and automatic high-beam which use a masking process and moveable LED light-source to avoid dazzling oncoming traffic. The only option amounts to the panoramic sunroof. 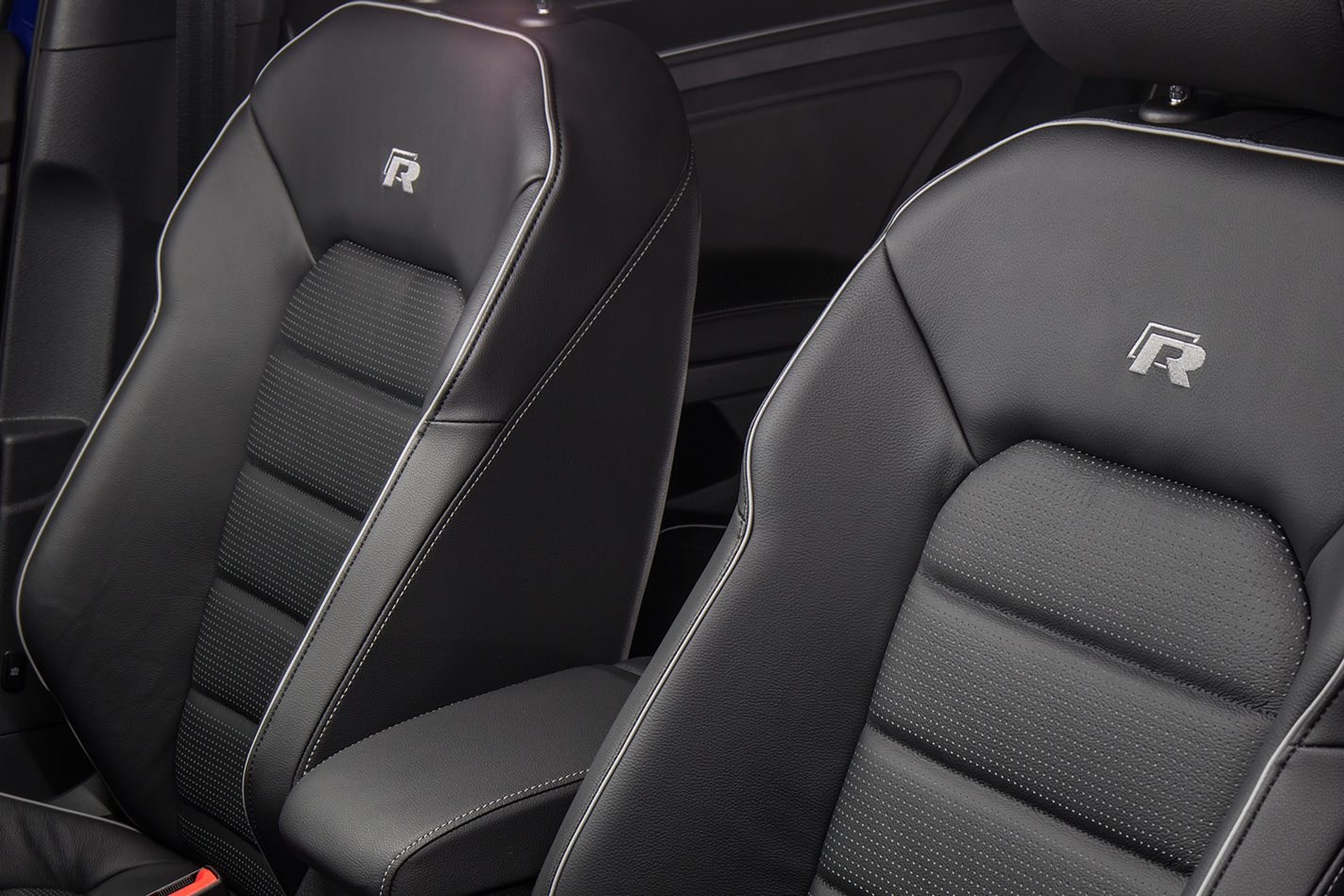 Mechanically, the R now gets bigger brakes than ever and the seven-speed wet-clutch DSG is fitted although the R can still be had with a conventional six-speed manual.

The 4-Motion all-wheel-drive system remains  but the engine changes have led to a power-up to 213kW and there’s now 380Nm of torque. There’s now also a form of launch control fitted and the ESP can, in the R, be turned completely off, unlike the system fitted to the lesser GTis.

The new motor is completely bonkers, to be honest with you. It rushes up the face of the tach and absolutely monsters the redline in any of the first four gears. 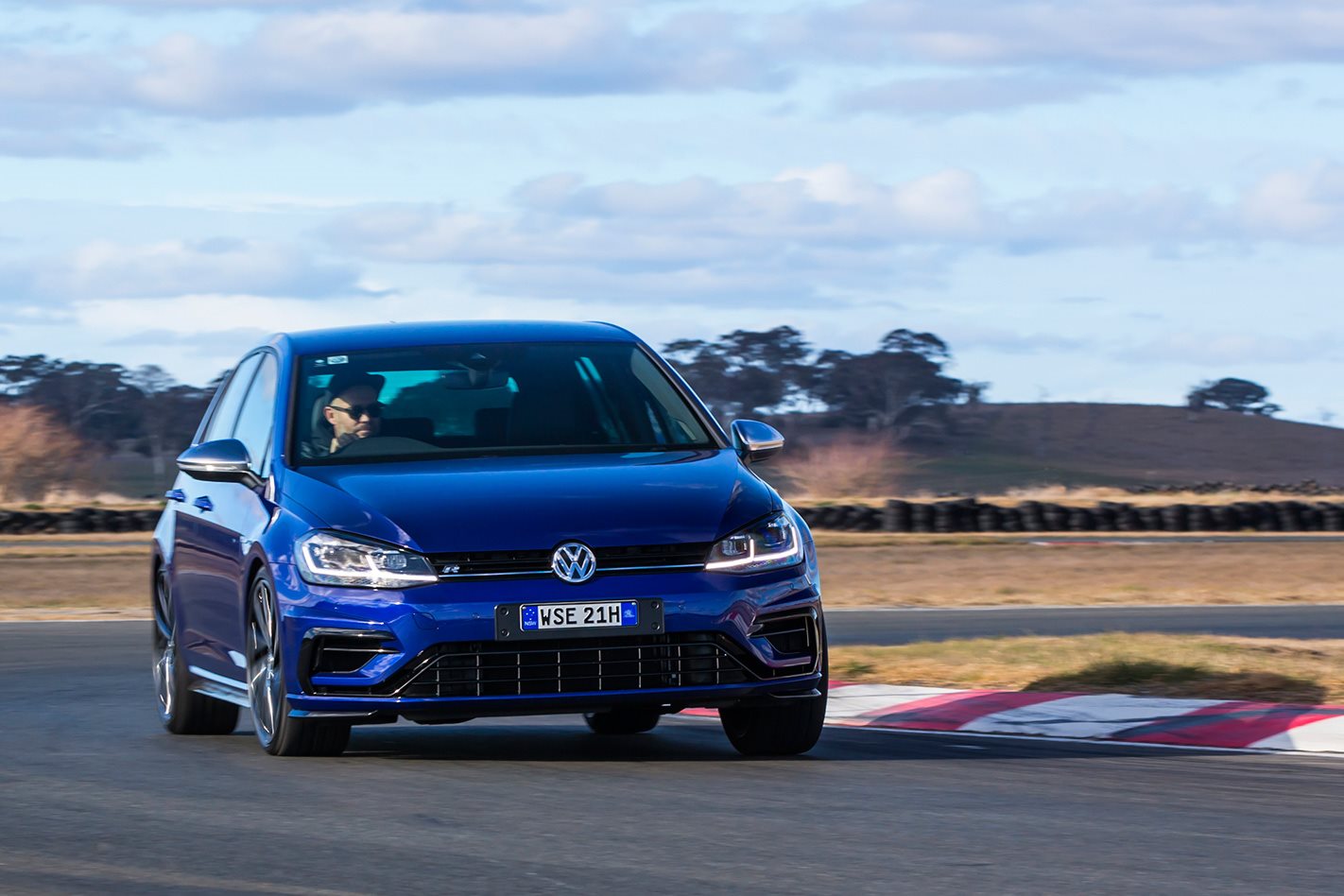 Even in the higher ratios, there’s torque enough to keep it accelerating hard and seventh gear is now a freeway cog and pulls the revs right back to the point where that gear is not really a useable thing below about 100km/h.

It sounds and feels totally convincing, too, with enough mechanical-ness to avoid feeling like a sewing machine, but enough sophistication to keep your attention. The two-litre in R spec plays rhythm, not lead, but the song won’t work without it.

The R still feels totally glued to the track, too, and where you can feel the front diff in the GTi Performance model doing its thig in real time, the R has so much Velcro-action, that it never seems to get out of shape in the first place. 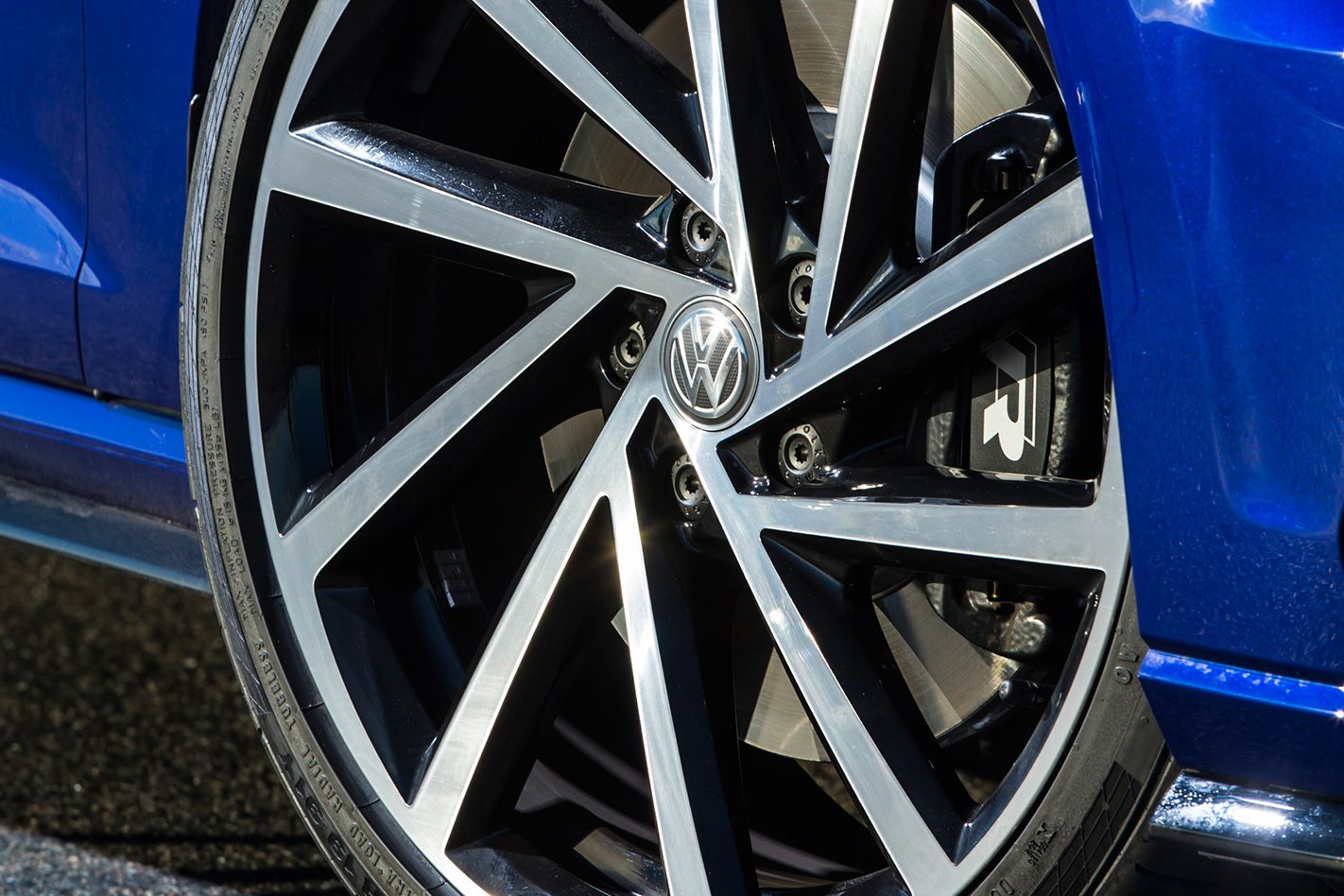 Point to point, a Golf R will worry 95 per cent of anything else with wheels and number-plates. And you won’t be breaking out in a cold sweat doing it. Why isn’t the Targa Tassie entry list full of Golf Rs?

There’s no real sense that it’s electrons and not hydraulic pressure that’s helping you spin the variable rate steering, and that’s got to be the nicest thing you can say about modern power-steering. But one thing we did notice this time around that hasn’t surfaced before was a slight lack of suspension travel.

Clout a big enough crater fast enough and the front struts will find their bump-stops in a pretty dramatic way. It could easily have something to do with the 225/35 19s fitted as standard and it’d be very interesting to drive an R on an 18-inch combo. 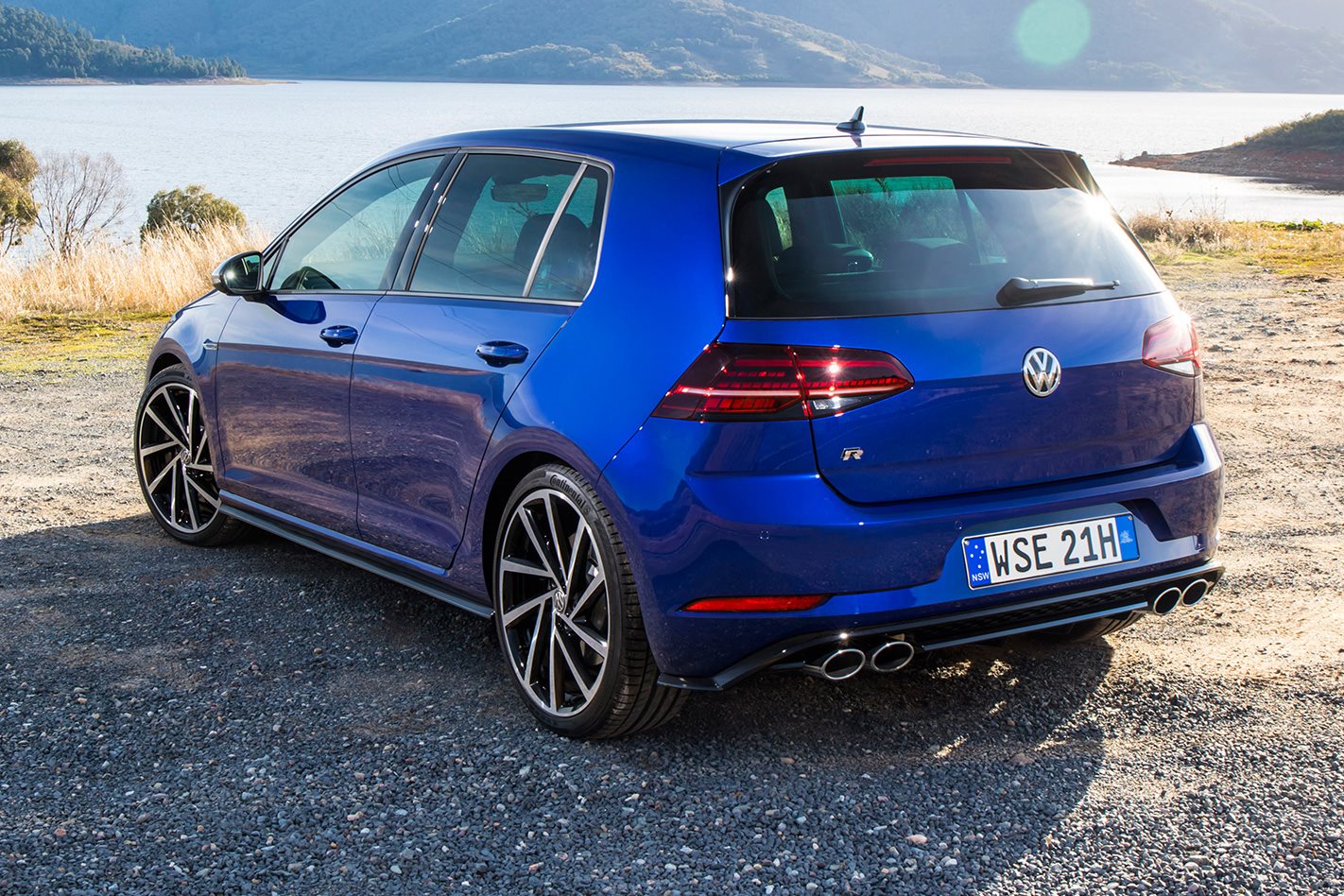 Our suspicion is that the clarity and fidelity of the car’s basic skill-set shouldn’t be too compromised by such a change, but the bump-stop massacre might be avoided.

Which is to say; fast Golfs are likely to be still in fashion long after mega-low-profile tyres have left the catwalk.

4.5 stars out of 5
Likes: Utterly stable, vice-free and dill-proof. Yet still good fun.
Dislikes: Have we perhaps breached the sensible limit in tyre sizes? 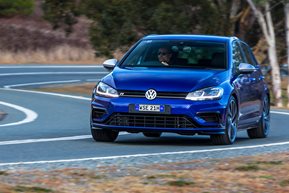 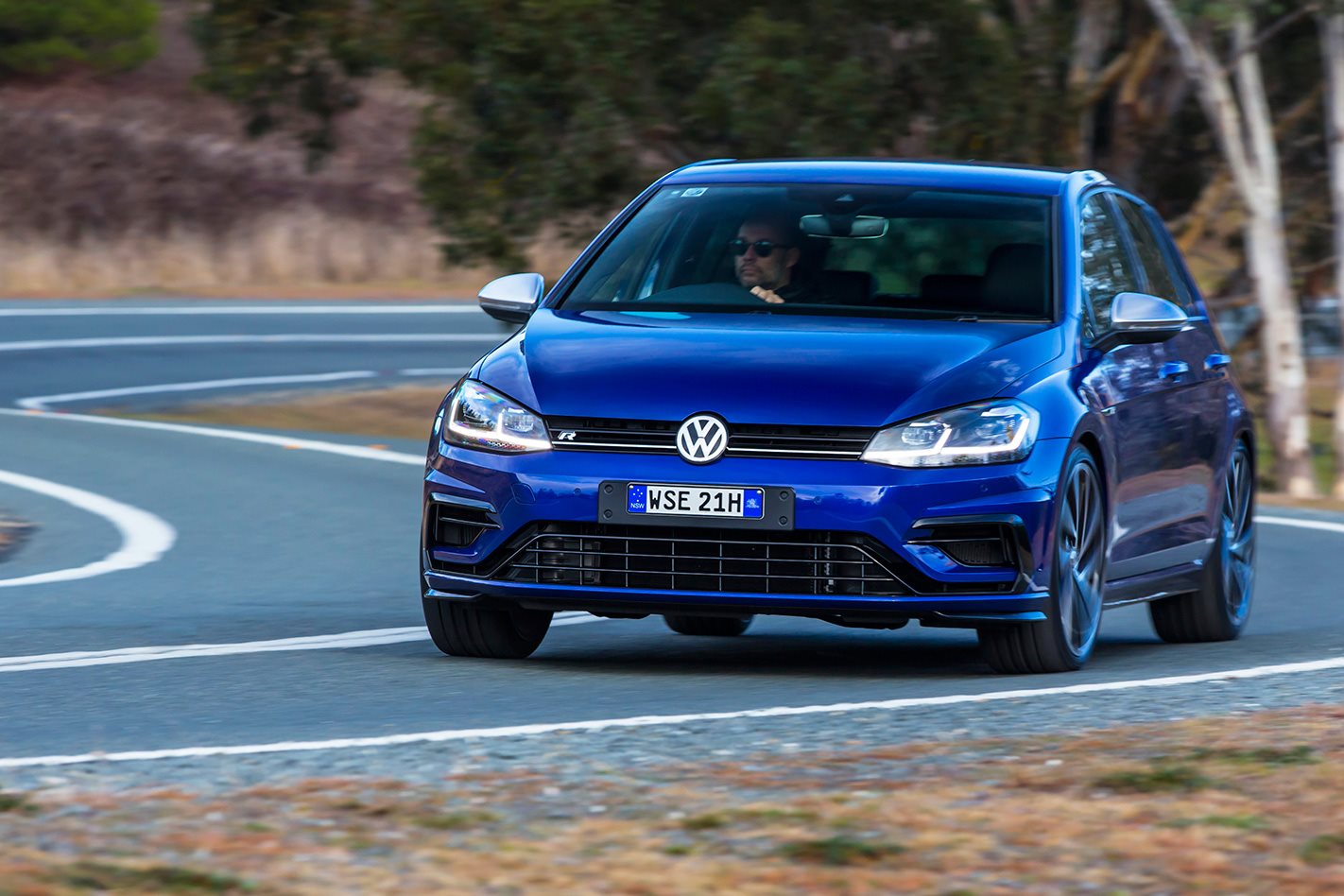 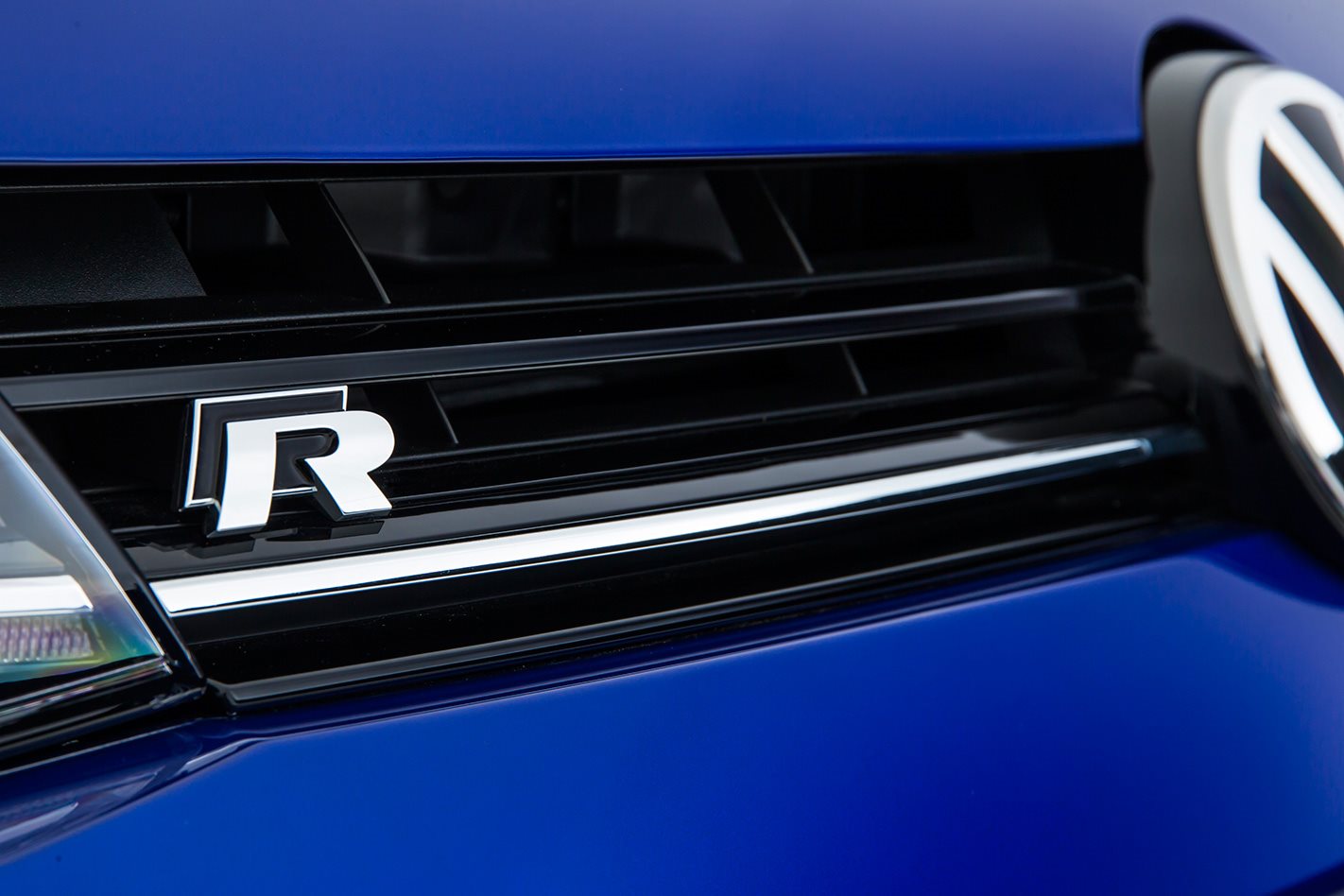 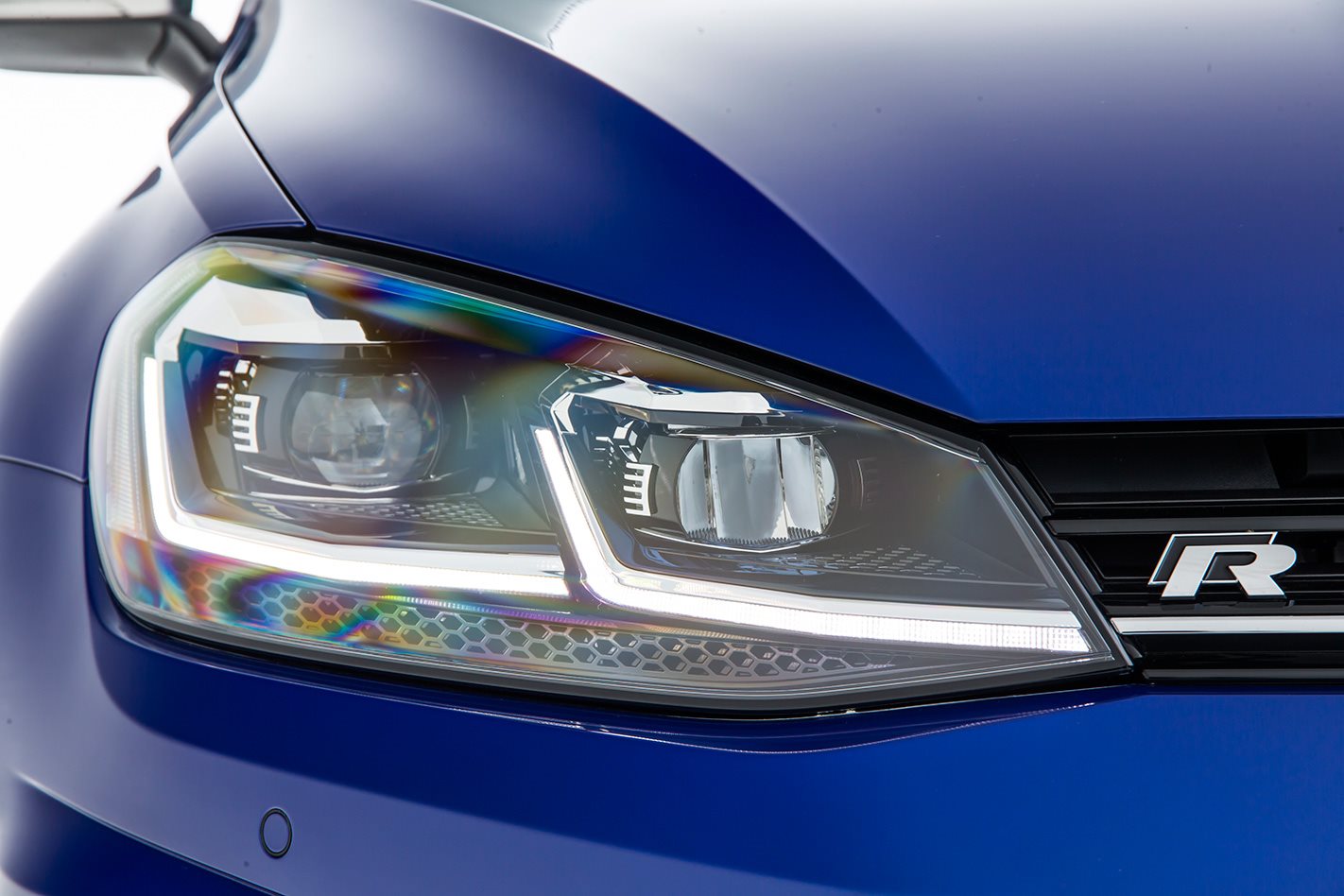 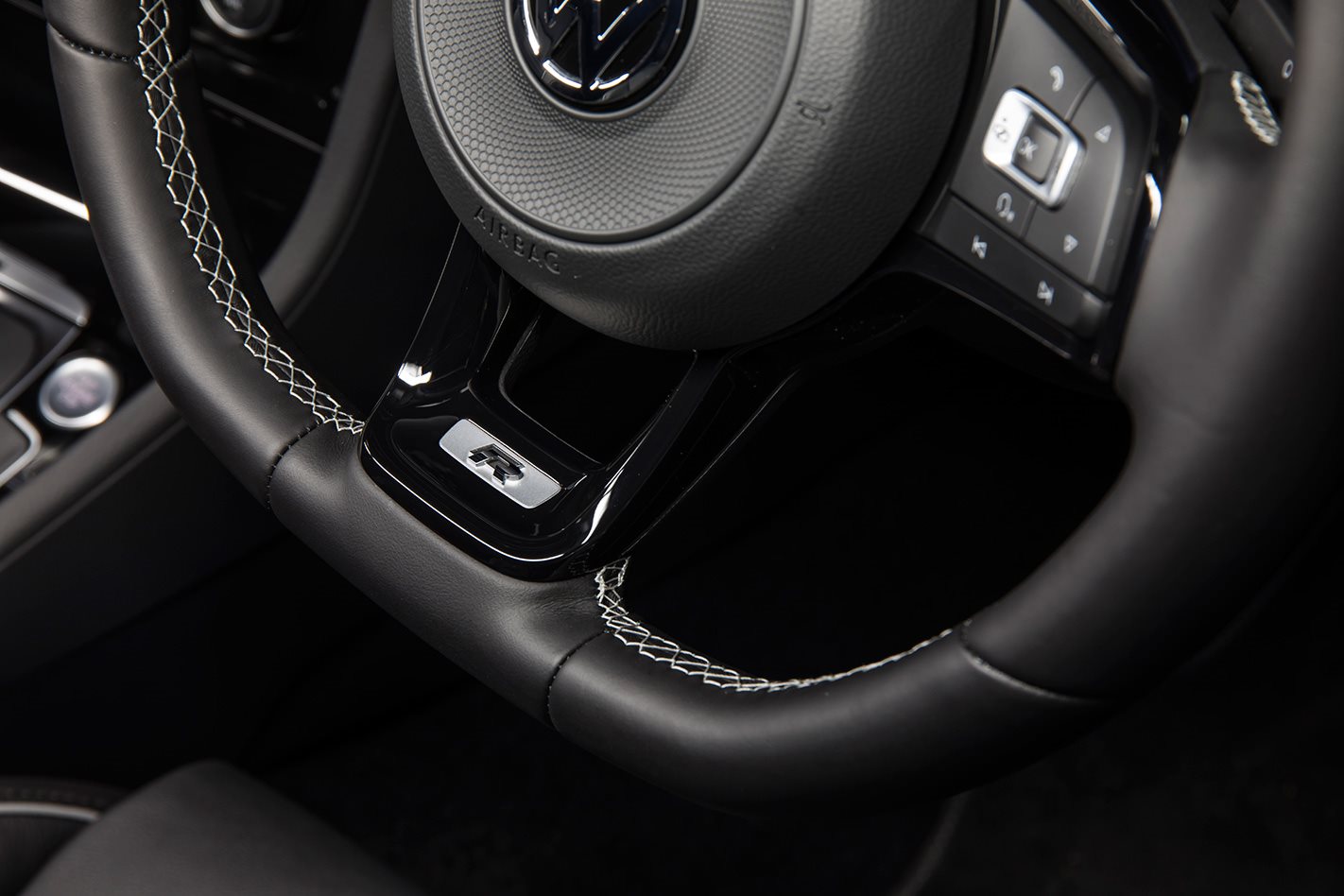 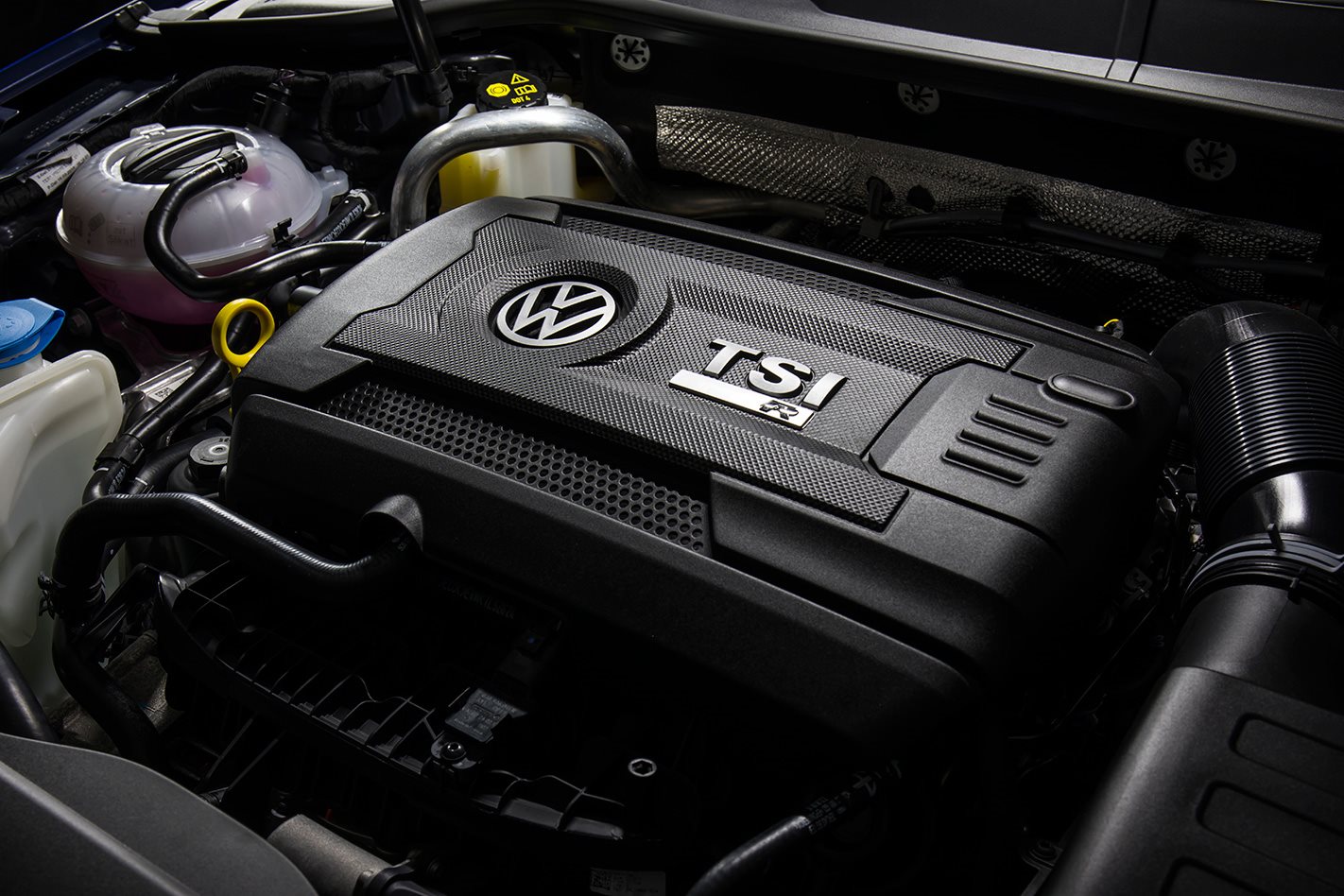 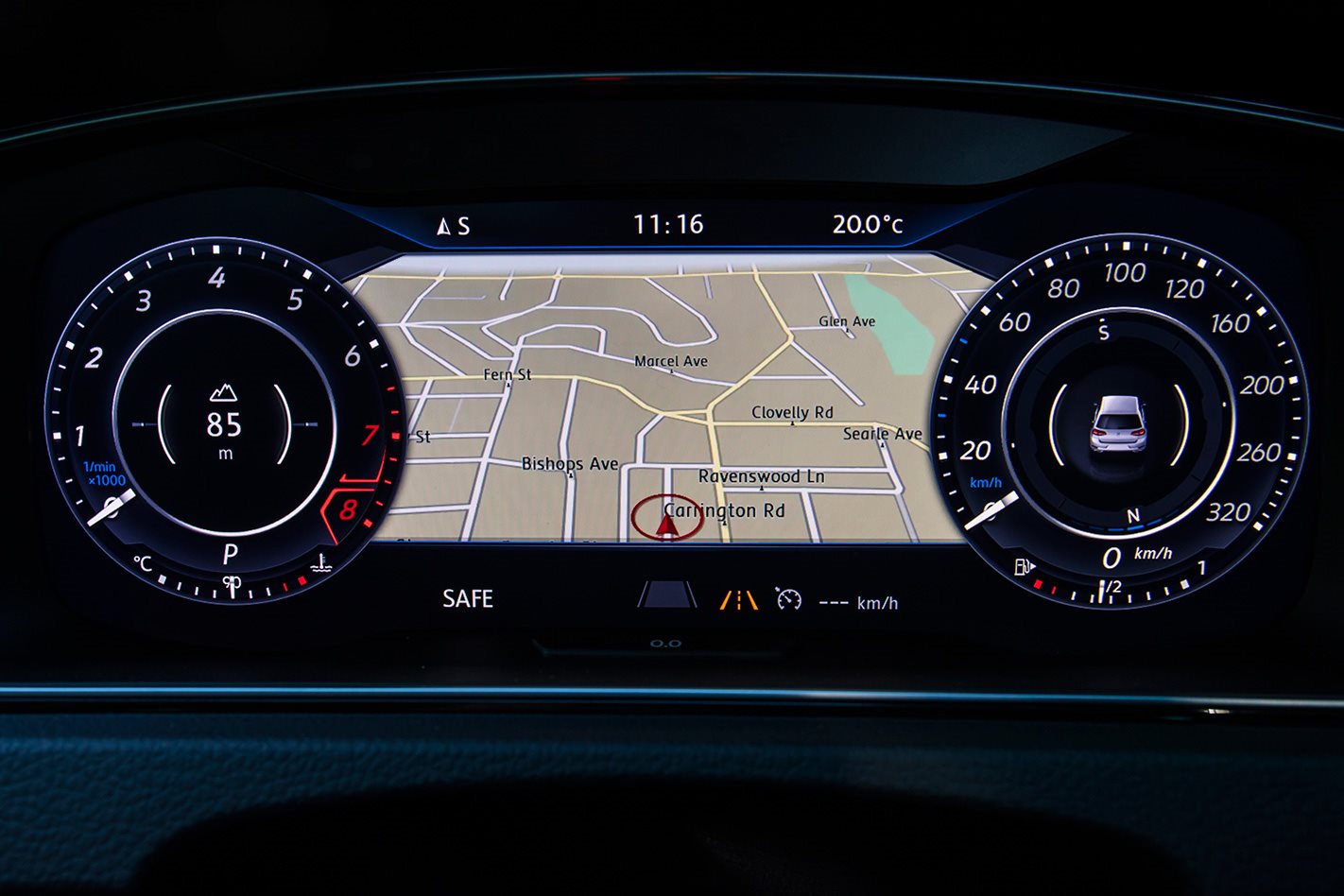 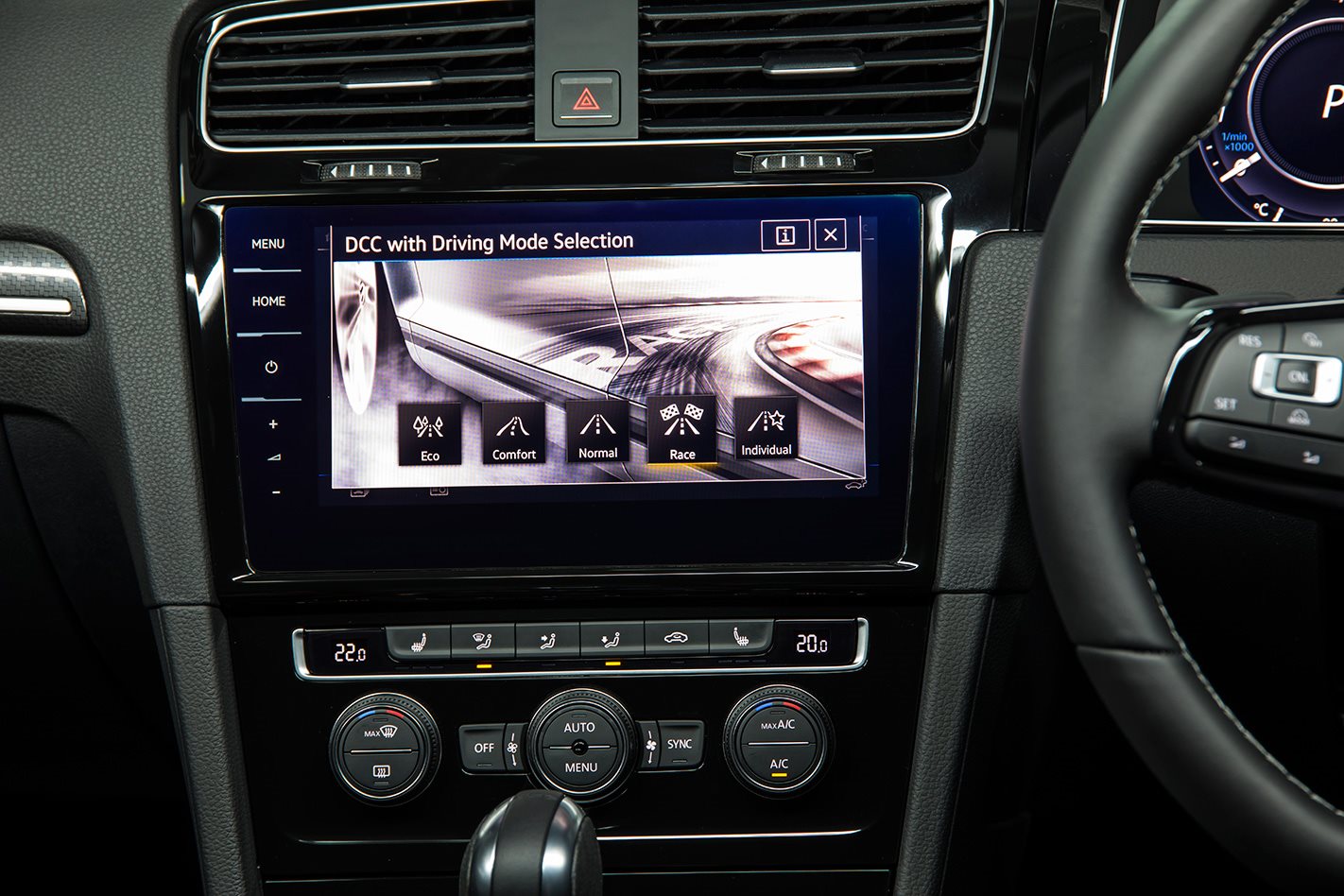 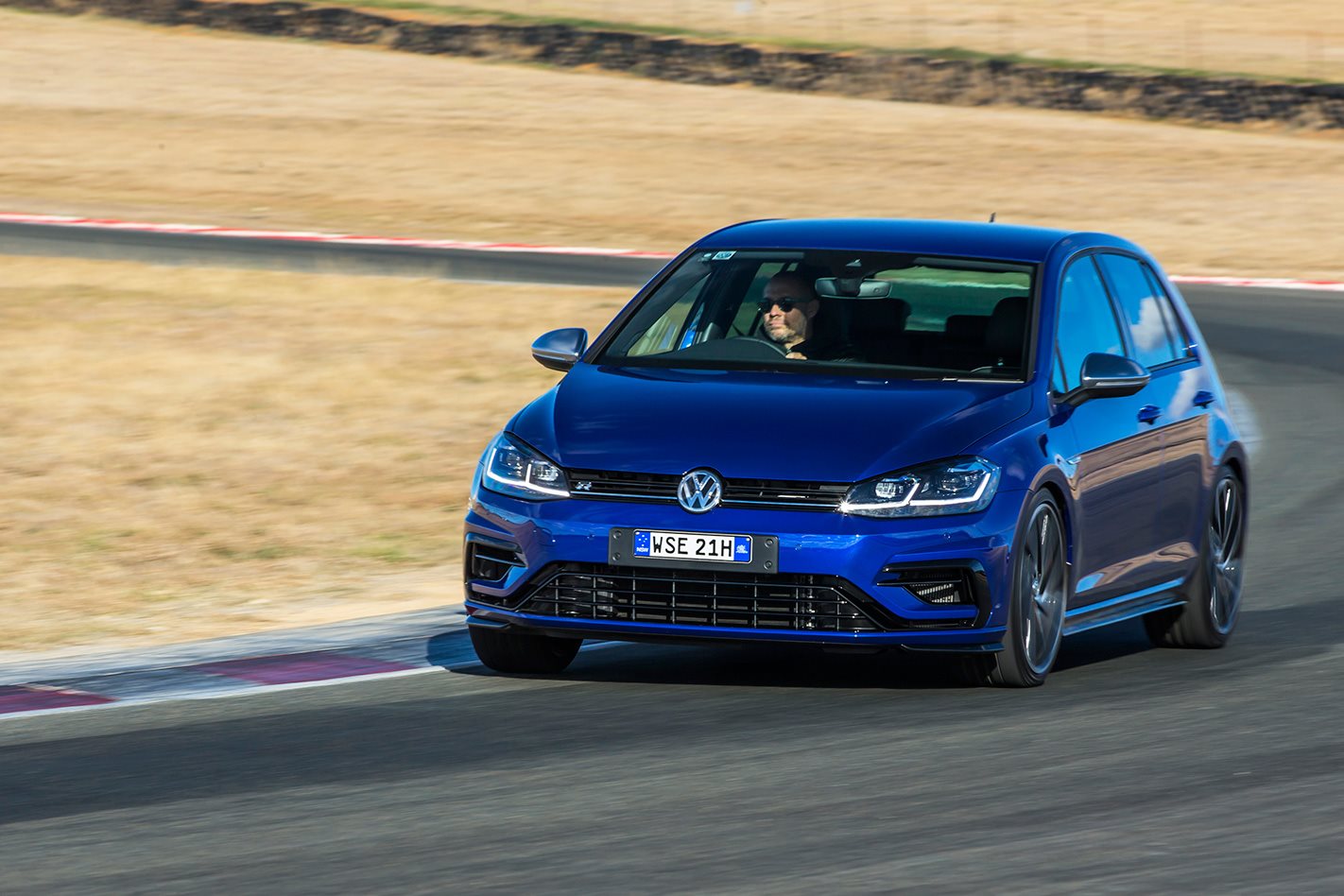 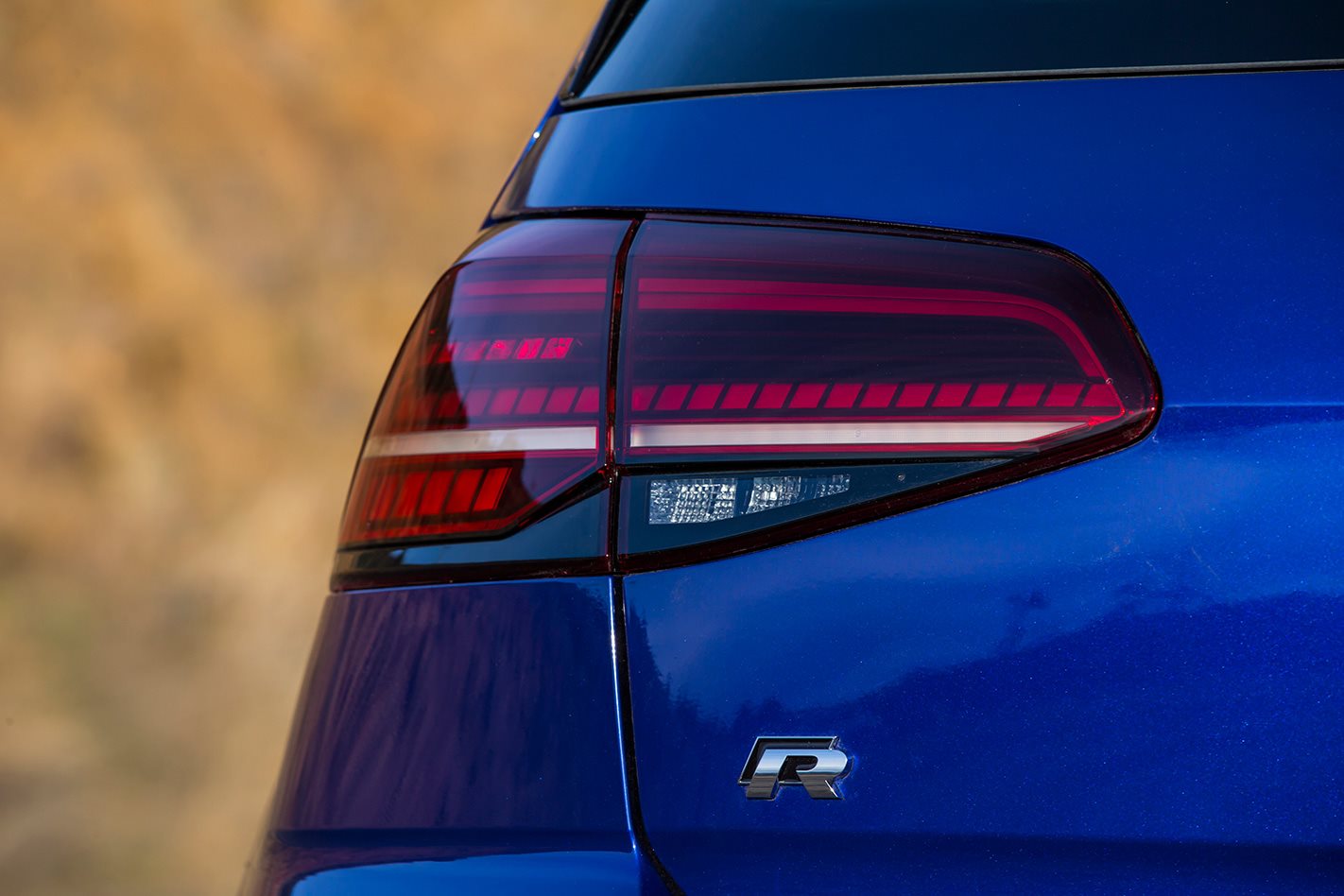 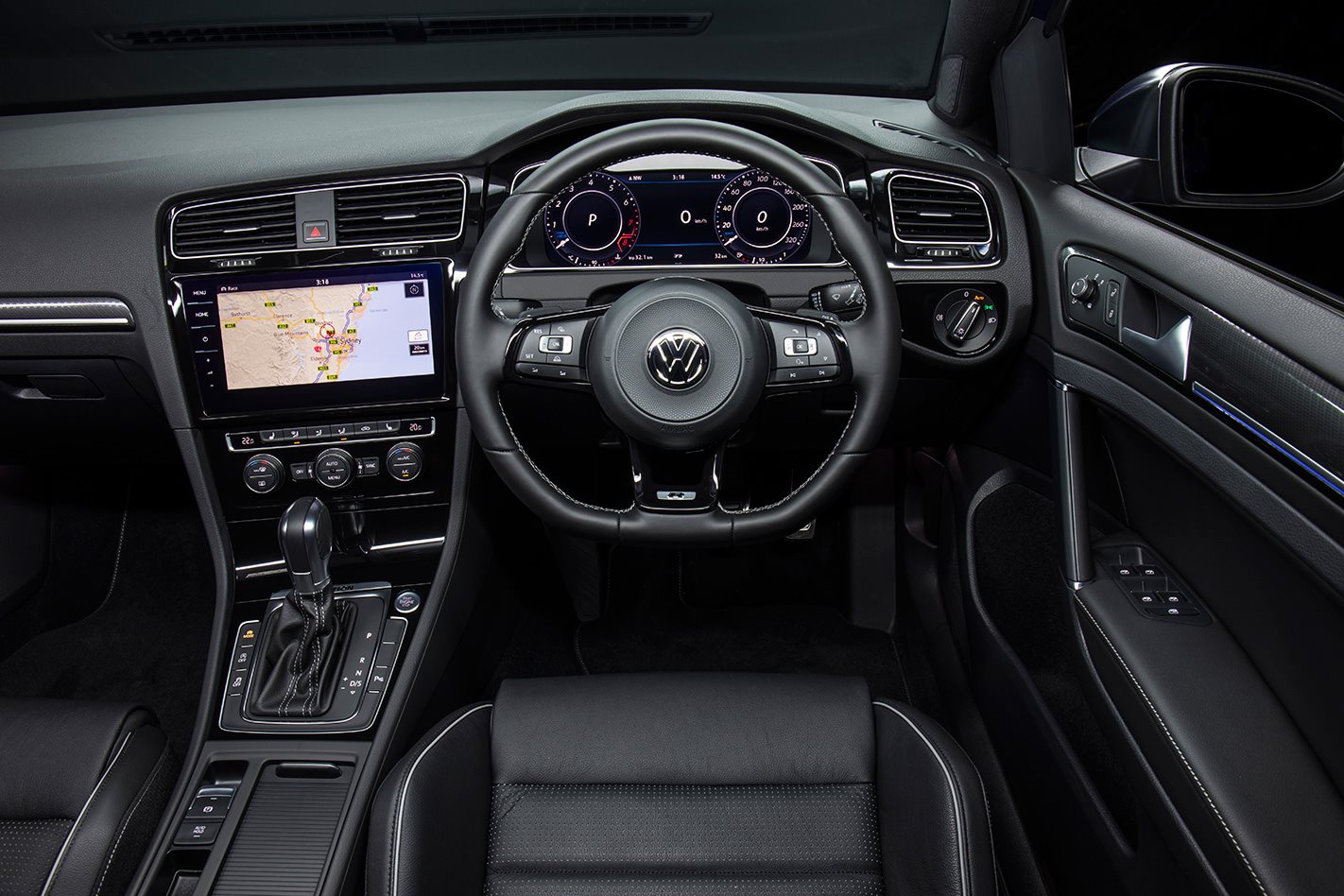 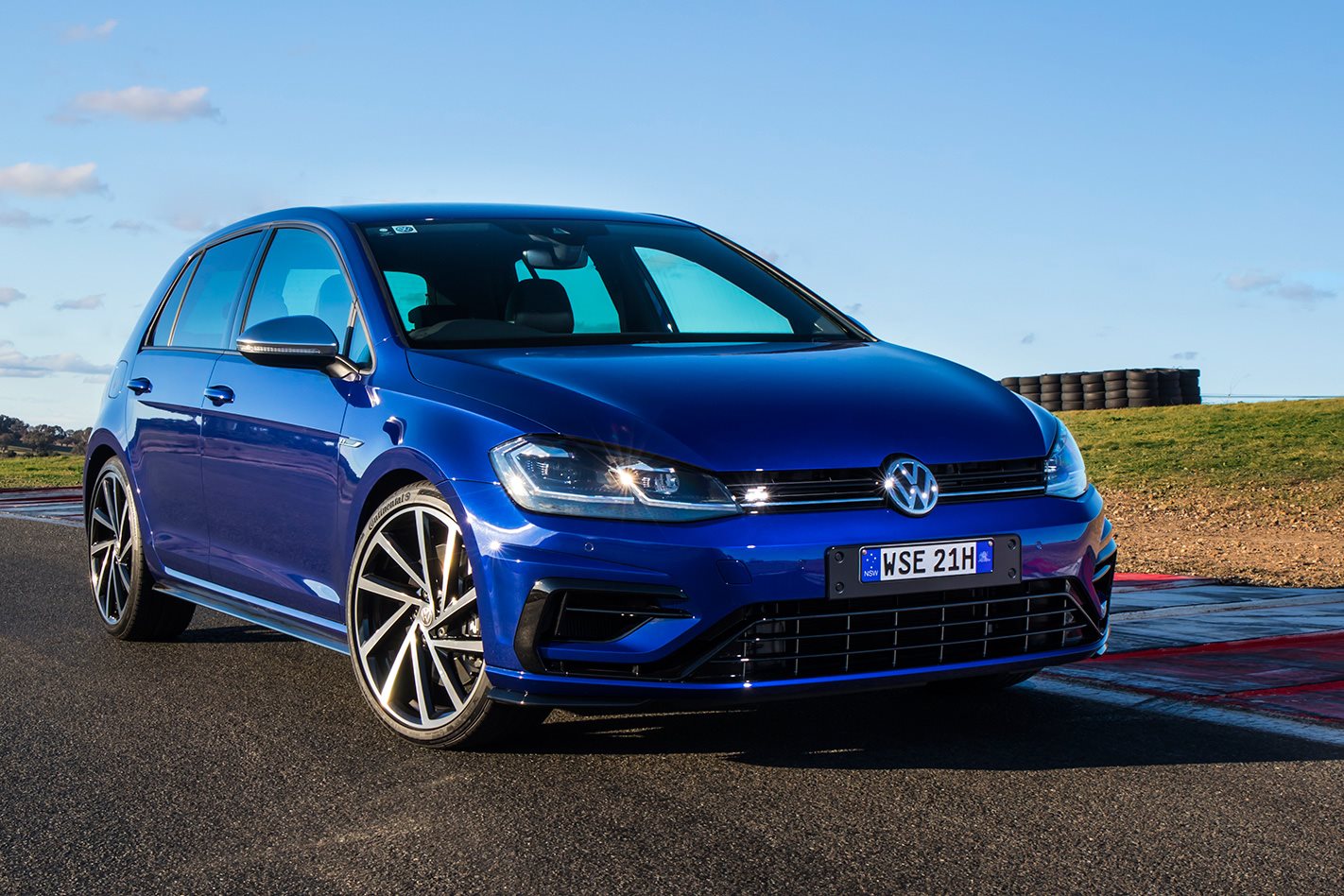 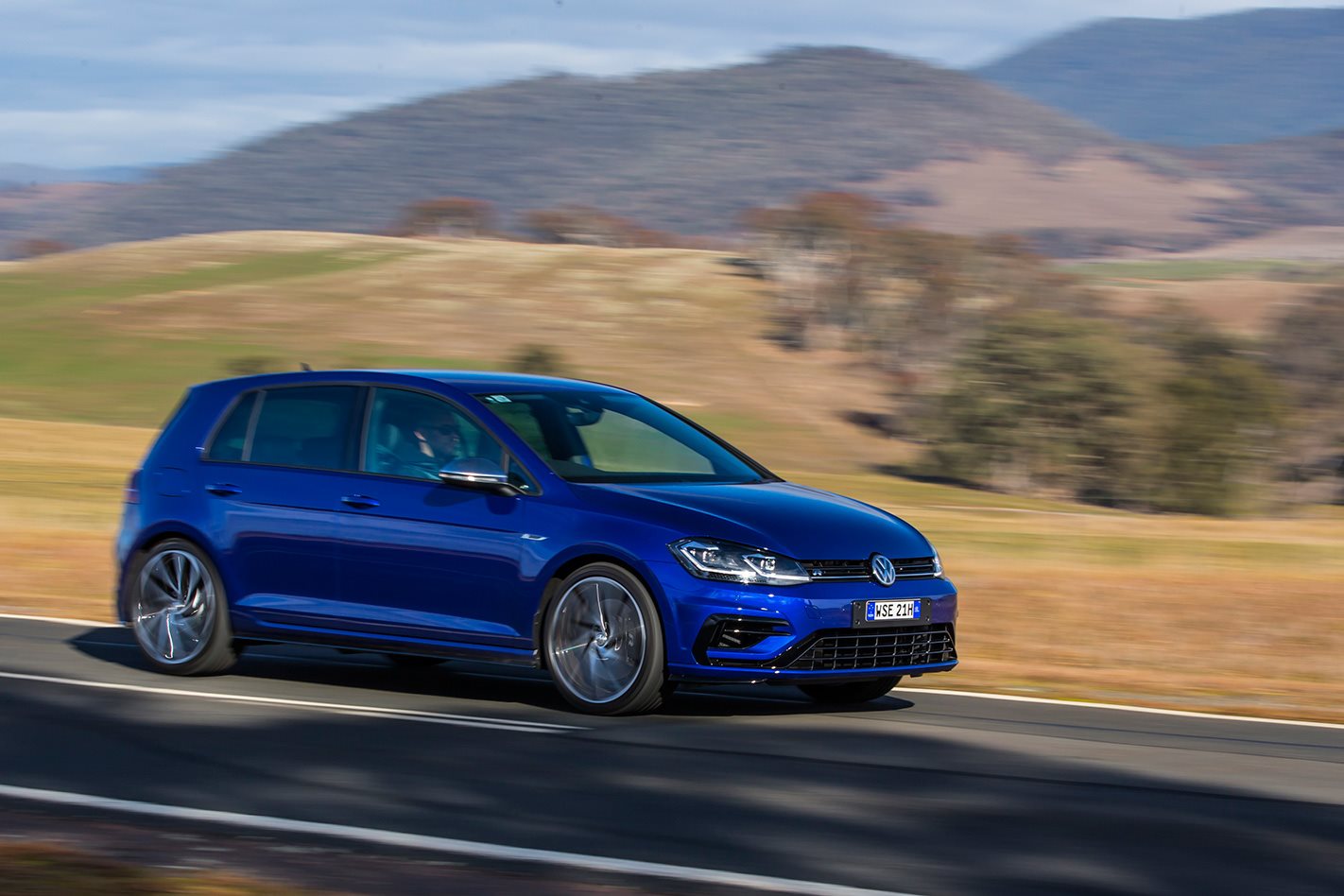 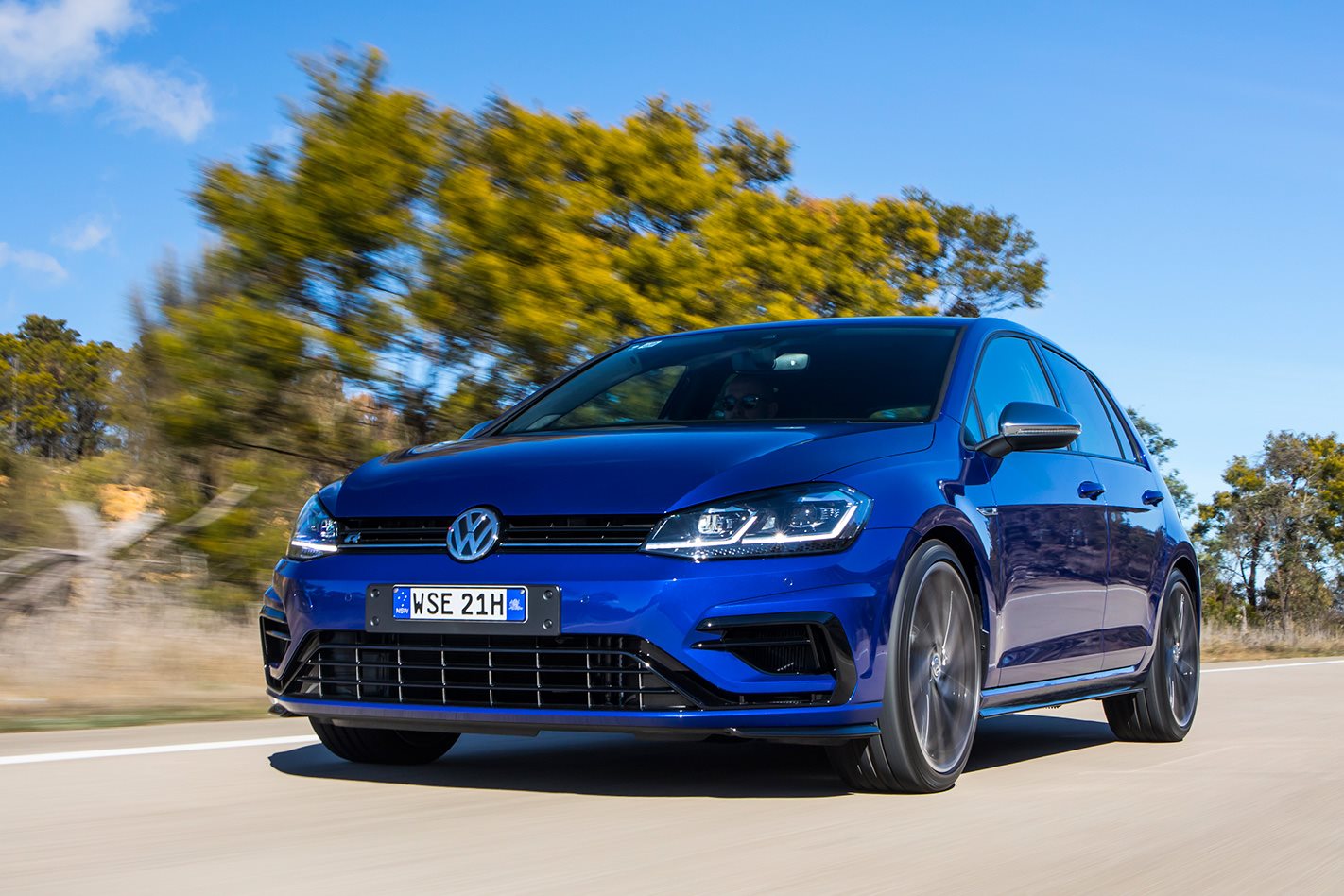