This facelifted Volkswagen Golf R will become faster than a Holden Commodore SS and all for around the same money, thanks primarily to an upgraded 400Nm engine.

It isn’t quite enough to hassle the 440Nm manual-only Focus RS, however, and Australia’s hot climate will likely again impact this hot hatchback and peg its outputs to 213kW/380Nm as has been the case with its Audi S3 facelifted sibling, which gets 228kW/400Nm overseas. Still, that would still be a rise over the 206kW current Golf R. In overseas form it is enough to drop the 0-100km/h claim to 4.6 seconds, versus 5.0sec for the Golf R with DSG sold locally. The Volkswagen will likewise likely follow the acceleration claim of the S3 and produce a 4.8sec sprint time – a tenth quicker than a 6.2-litre V8 Commodore.

Six-speed manual and DSG options will continue to be available with a starting price of around $53,000 plus on-road costs. 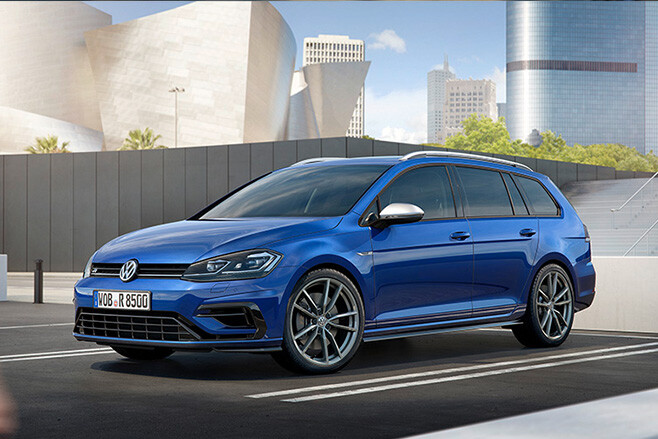 Larger changes are at work in the cabin with new technology such as lane-keep assistance, touch-sensitive controls and larger screens – including a full-TFT colour screen replacing the analogue speedometer and tachometer.

We may also see a return of the three-door Golf R last seen with the Mark 6 generation. Volkswagen Australia has said the Mark 7 performance versions have been so successful that when the Mark 7.5 range arrives in the third quarter of 2017 it will attempt to import all available bodystyle and transmission configurations.

For fans of the limited edition Golf R Wolfsburg wagon, this is tipped to mean the roomy load lugger will also return as a regular model in the range.