The term ‘limited edition’ tends to flick a switch within performance-car buyers.

Like any car company, BMW aims for profit margins, so it has historically encouraged its M Division to churn out one sought-after special edition after another. One year after the sold out 368kW/600Nm M4 GTS, BMW is at it again with the gap-filling M4 CS. 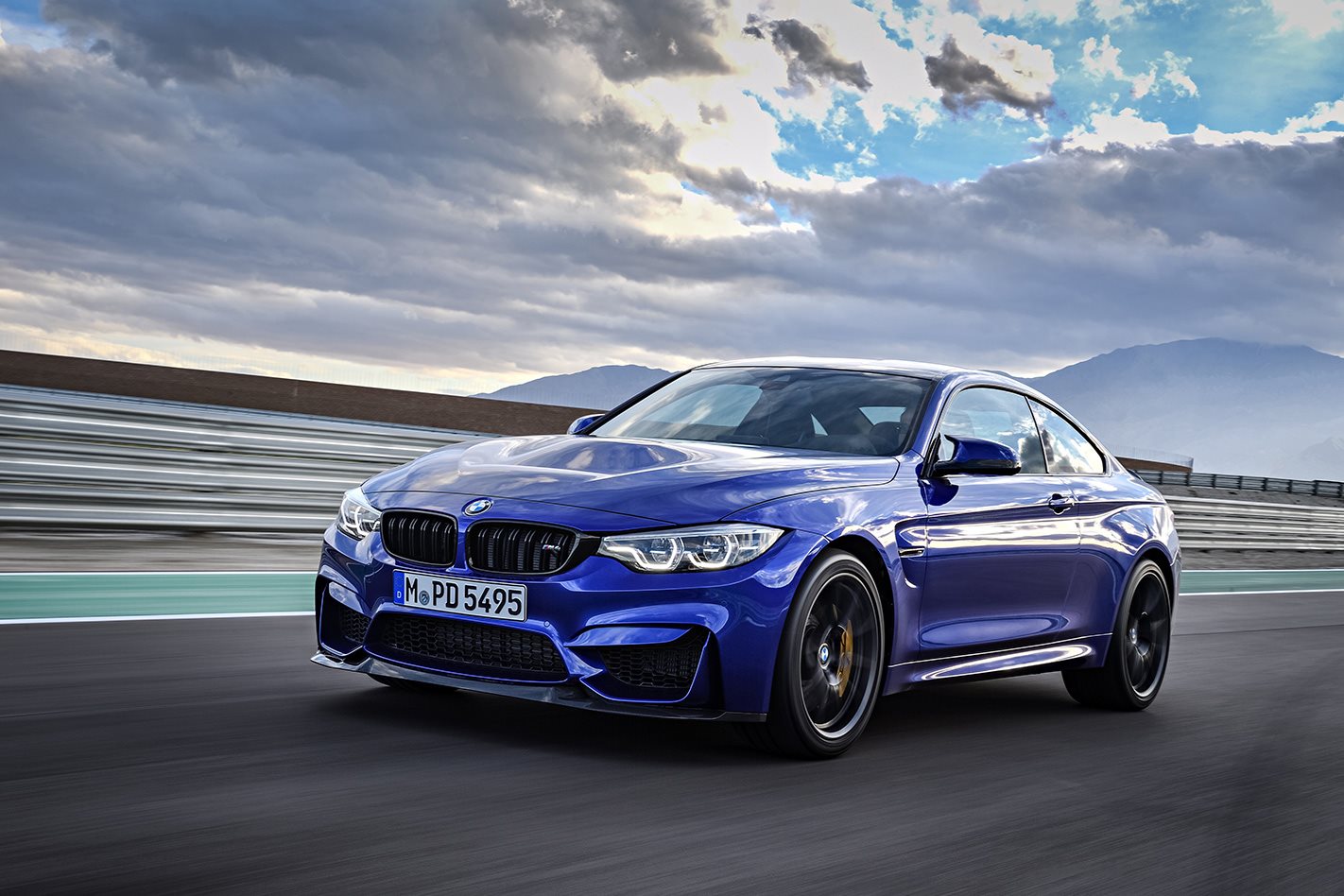 The plan is to build 3000 Competition Sport models, which will be priced to slot between the halo GTS and the Competition Pack. So with a $211,610 sticker, is the CS worth the (considerable) extra dough?

Few performance cars are as sexy as this centrefold coupe sprayed in San Marino Blue.

Almost everything on this BMW M4 CS is spot on: the classy matte-pewter finish on the 19- and 20-inch wheels shod with 265/35 and 285/30 Michelin rubber; the redesigned front splitter, roof, apron and rear spoiler baked in carbon fibre; the eye-catching OLED tail-lights; the neatly executed Alcantara trim and the lightweight bucket seats. The two-door coupe certainly has presence. 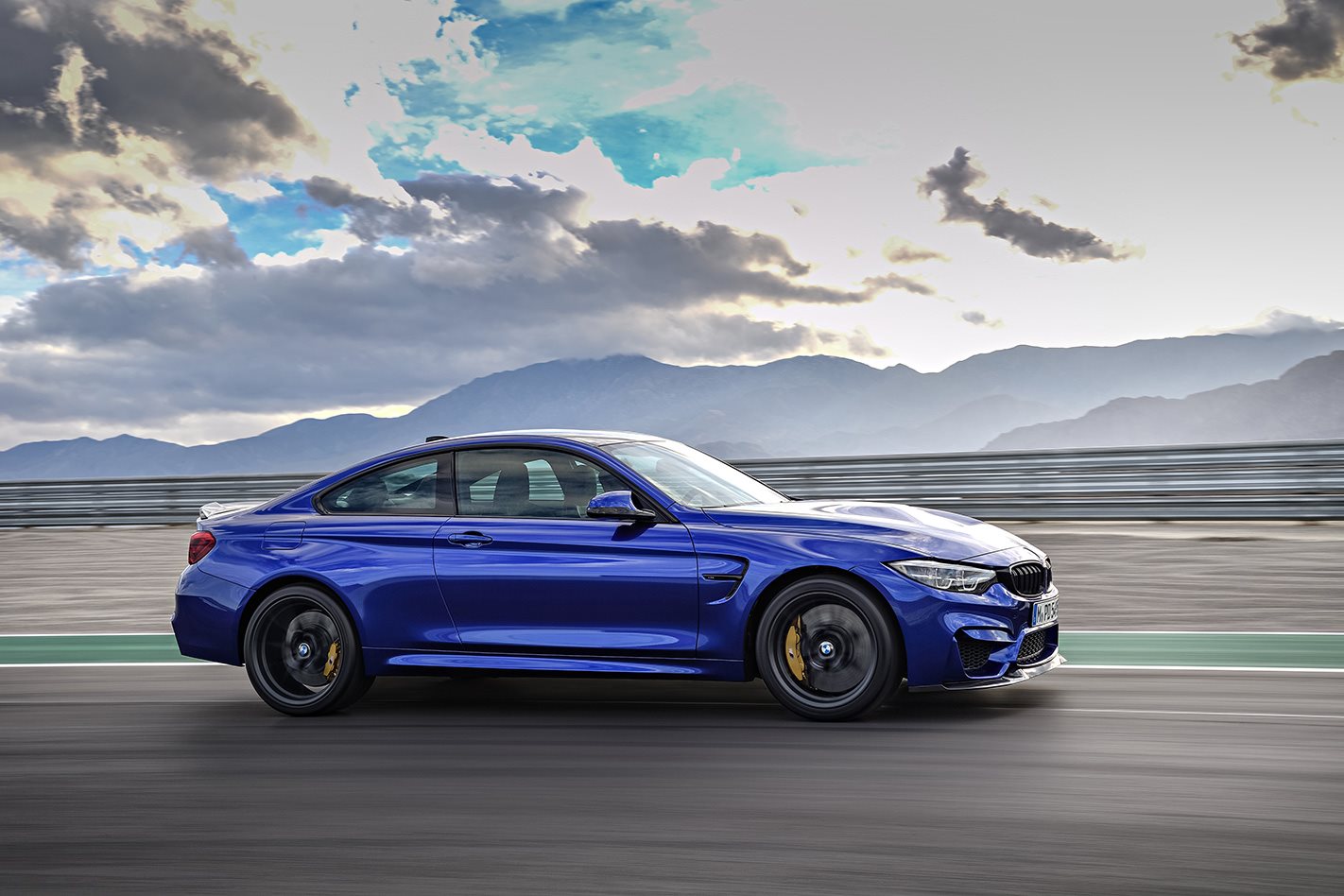 Signalling performance intent from the outset is the fact that the doors now need to be pulled shut via fabric loops – Jenny Craig deemed the traditional grab handles unworthy of the new CS diet. And given the inner skins are pressed from natural fibres, the door pockets have also gone, too.

While the 1580kg kerb weight doesn’t scream crash diet, it seems BMW is taking the CS moniker seriously. The theme continues under the bonnet. Redlining at 7600rpm, the 3.0-litre straight-six musters 338kW and 600Nm. Objectively that’s a marginal 7kW increase in power and a plausible 50Nm bump for torque against the Competition Pack. 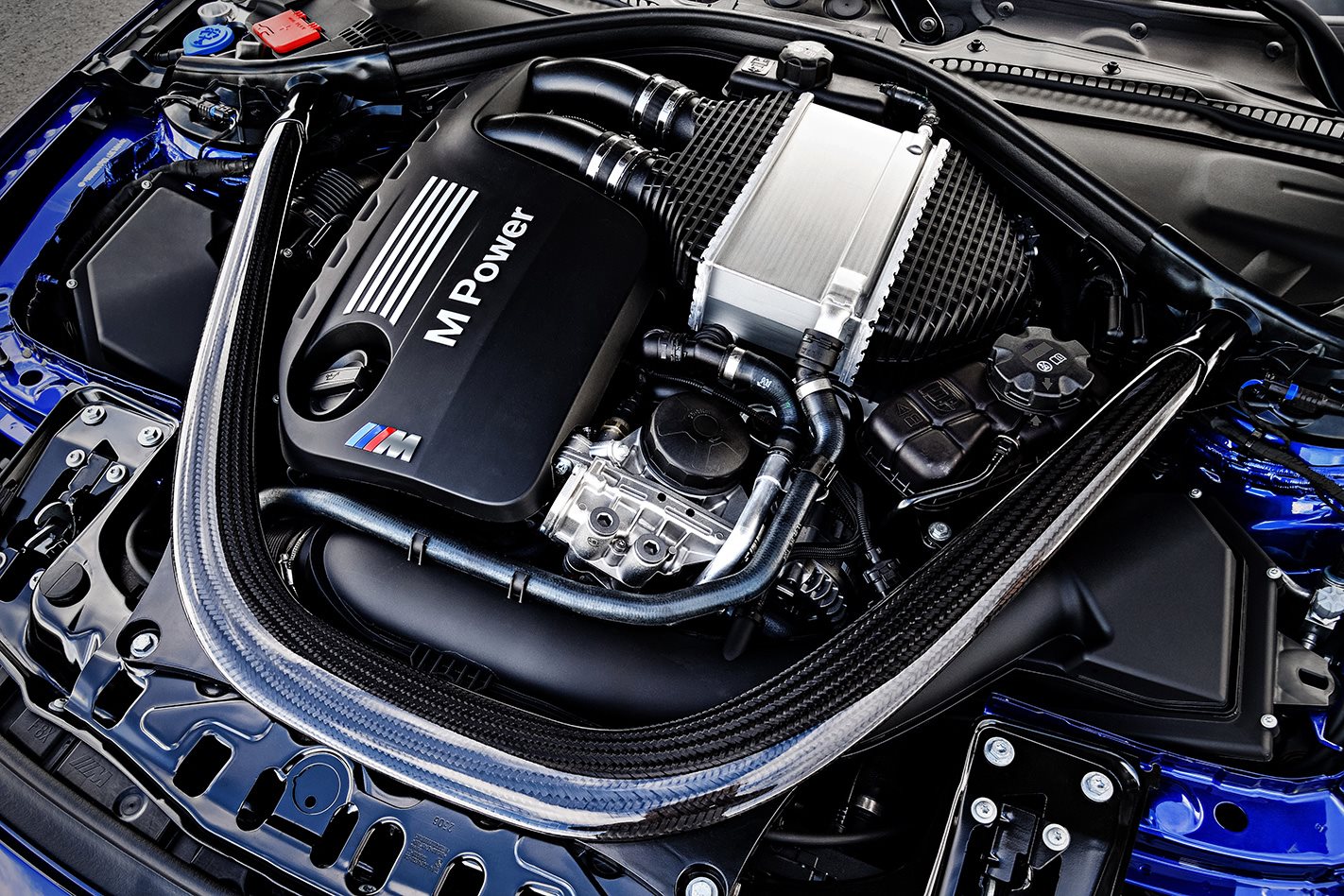 Subjectively, the difference is harder to detect. Admittedly there is a little more shove at high revs and slightly more oomph between 4000 and 5500rpm, but you’d have to drive the two versions back-to-back to substantiate the progress. In terms of the 0-100km/h run, the CS’s 3.9sec effort matches the likes of a Porsche 911 Carrera S – which is not bad at all, even if the top speed is governed at 280km/h.

As ever, the twin-turbo six delivers the goods with aplomb. With everything locked in Sport mode, throttle response is phenomenally quick, and the torque wave that follows offers V8-esque urgency.

On a twisty road, the awesome grunt keeps the M differential busy while working the Michelin Pilot Sport Cup 2 tyres to the point where the DSC flagman starts waving yellows. 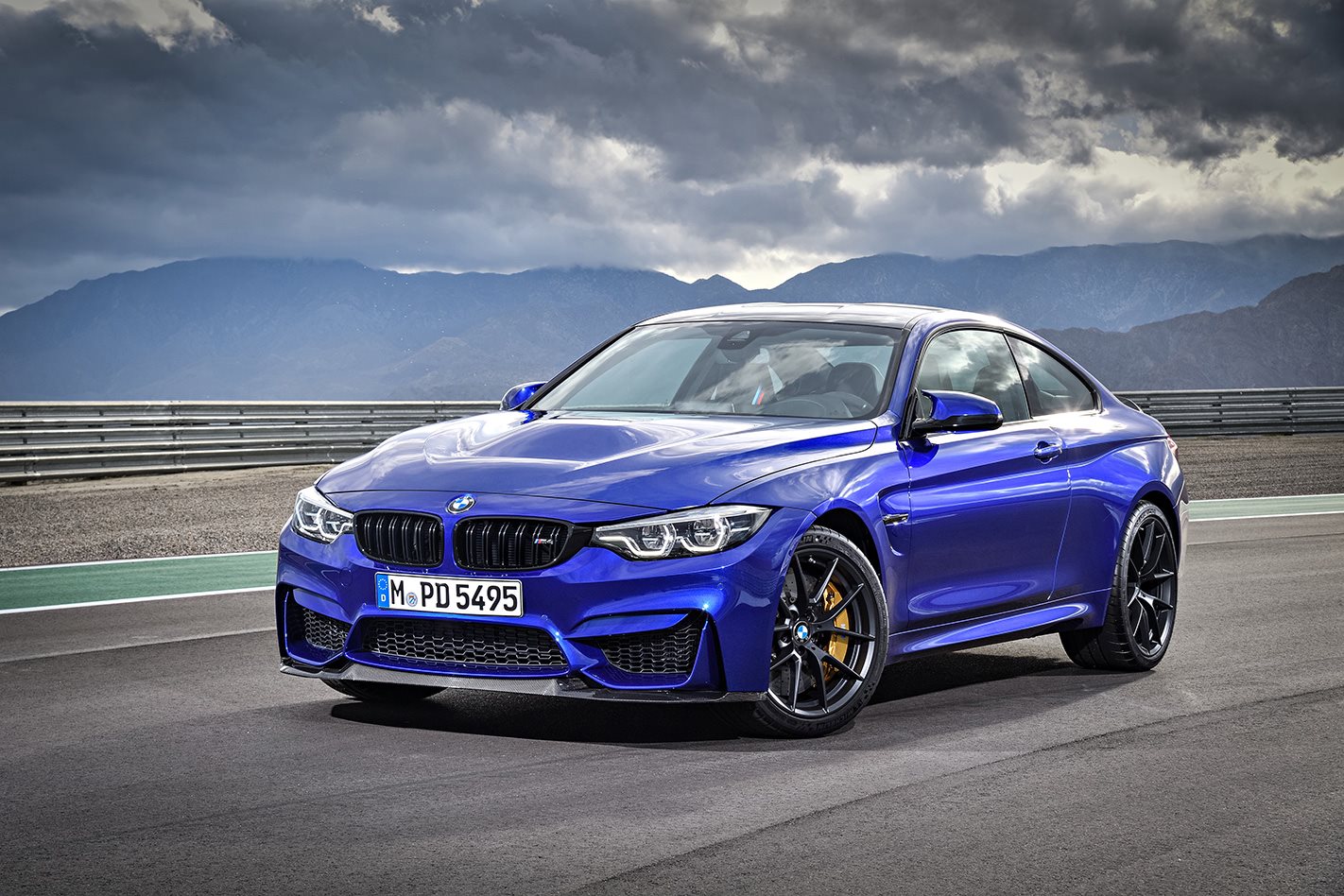 No, the M4 CS engine does not deliver power and torque in a dramatic or explosive manner quite like a 911 GT3. However, its ability to rev, kick butt and flex its muscles from as low as 2000rpm, yet still reach its boost-filled redline, is impressive.

Acoustically, the M4 CS isn’t BMW’s best work, however we do like the distinctive part-throttle turbo whistle, the full-bodied bass at low revs and the ability to push to the limiter, while in Sport Plus it indulges in all manner of lift-off firework antics. 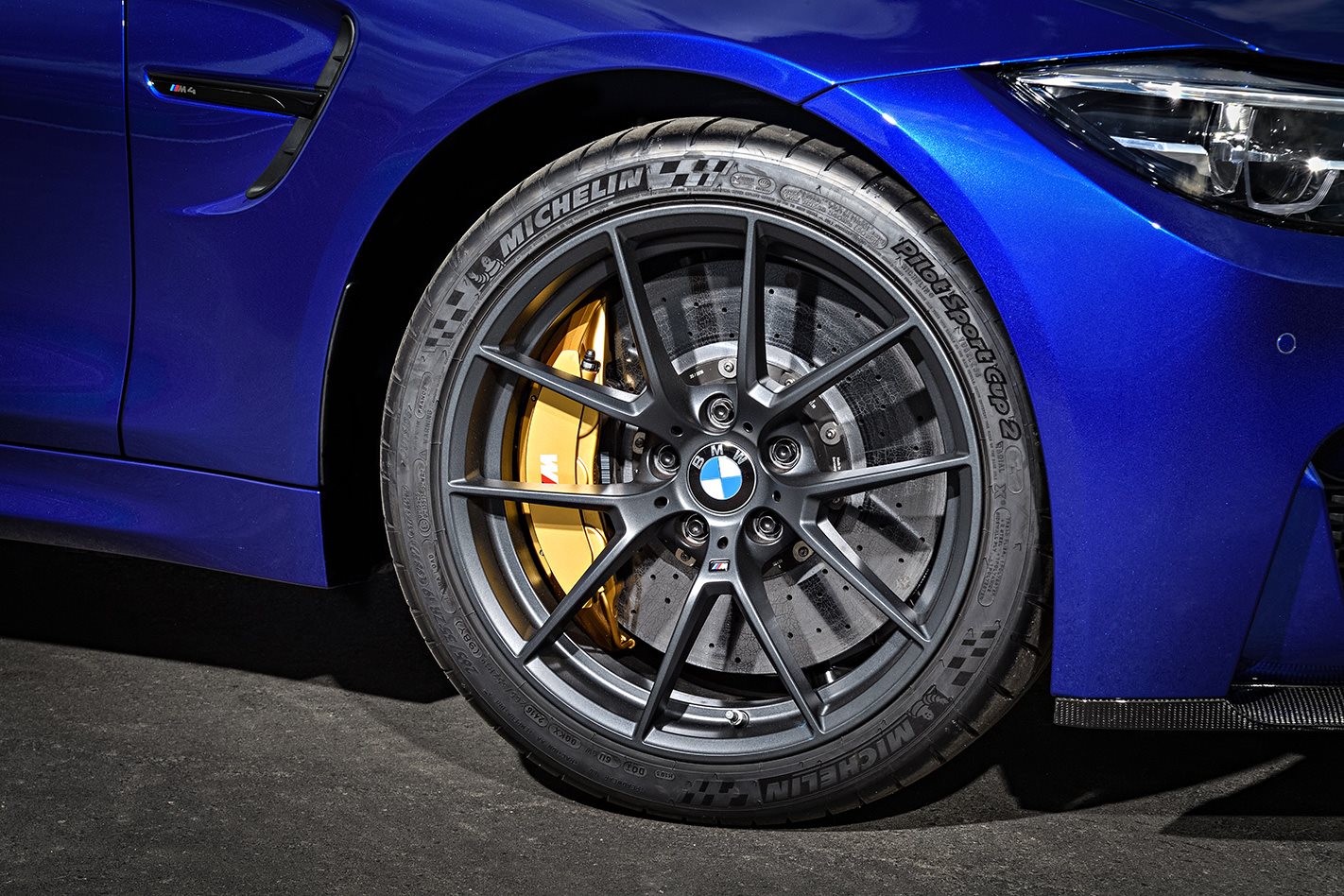 The seven-speed dual-clutch transmission does some things better than others. The fastest of the three shift speeds has the gearbox in attack mode, changing ratios with aggressive momentum – hard and fast. While purists may prefer a manual, the DCT shift action is startlingly brisk. However, it does have a tendency to roll away on an incline before first gear bites.

Like the ’box, the key to having fun in the CS is by being in the right mode for the steering, suspension and drivetrain. Comfort, Sport and Sport Plus are available as well as MDM, short for M Dynamic Mode. 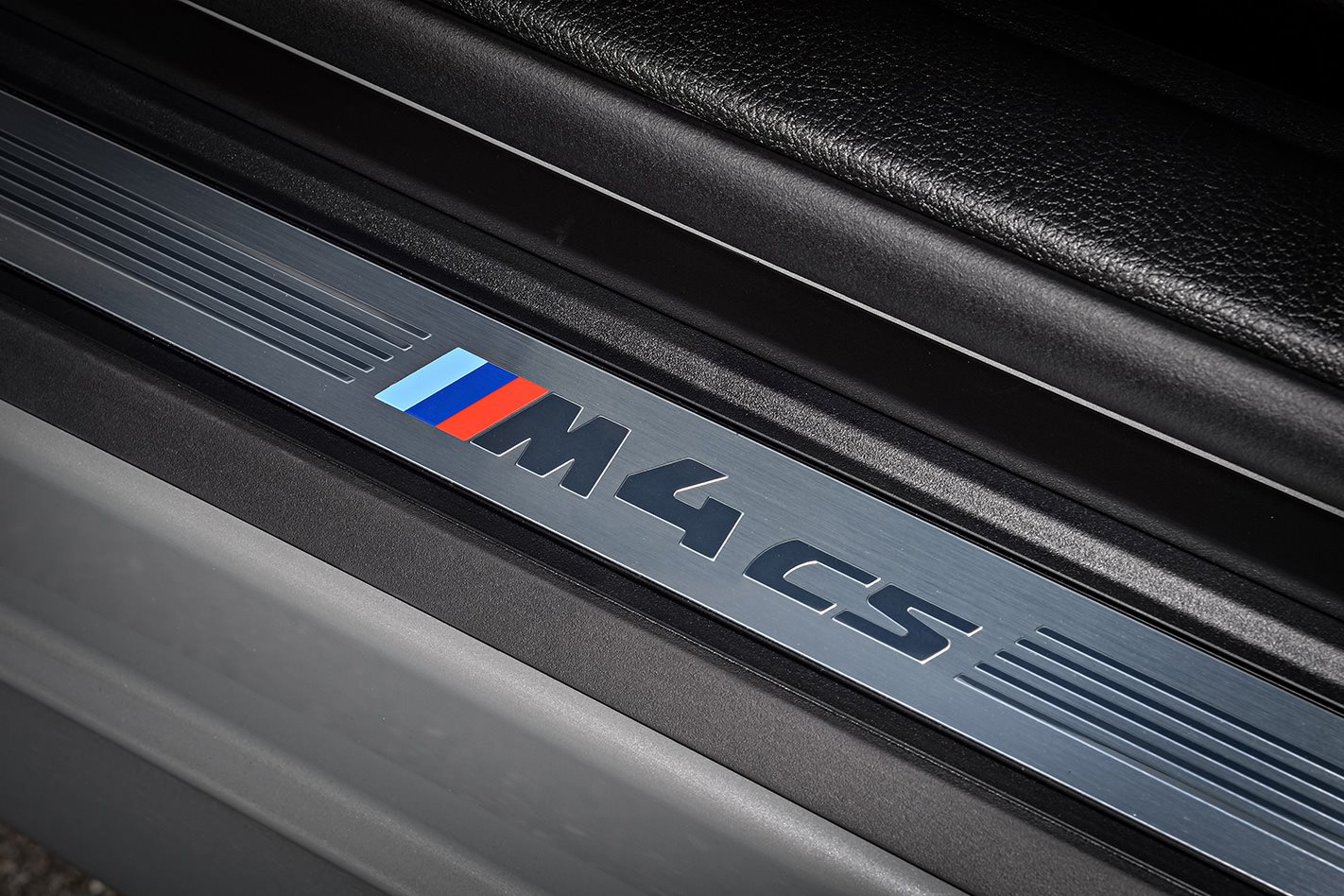 On the road, the M4 Competition Pack performs like greased lightning, but it can fall apart on poor roads given its ride is harsh and sometimes unsettled. As soon as rain falls you can say goodbye to grip.

The same can be said for the M4 GTS – despite being a sensational track tool, it will bite and it’s too sharp to qualify as a daily driver. So where does the CS fall in this company? Somewhat unexpectedly, it emerges as the leader of the pack – at least on dry, manicured Bavarian roads. An Aussie verdict awaits.

Even though the CS chassis setup is closely related to the Competition variant, it now has proper suspension compliance, acceptable low-speed ride and first-class body control. Its tenacious roadholding keeps you chortling while the silly amounts of traction make you smile. On a sunny day, the last complication the CS needs is all-wheel drive. 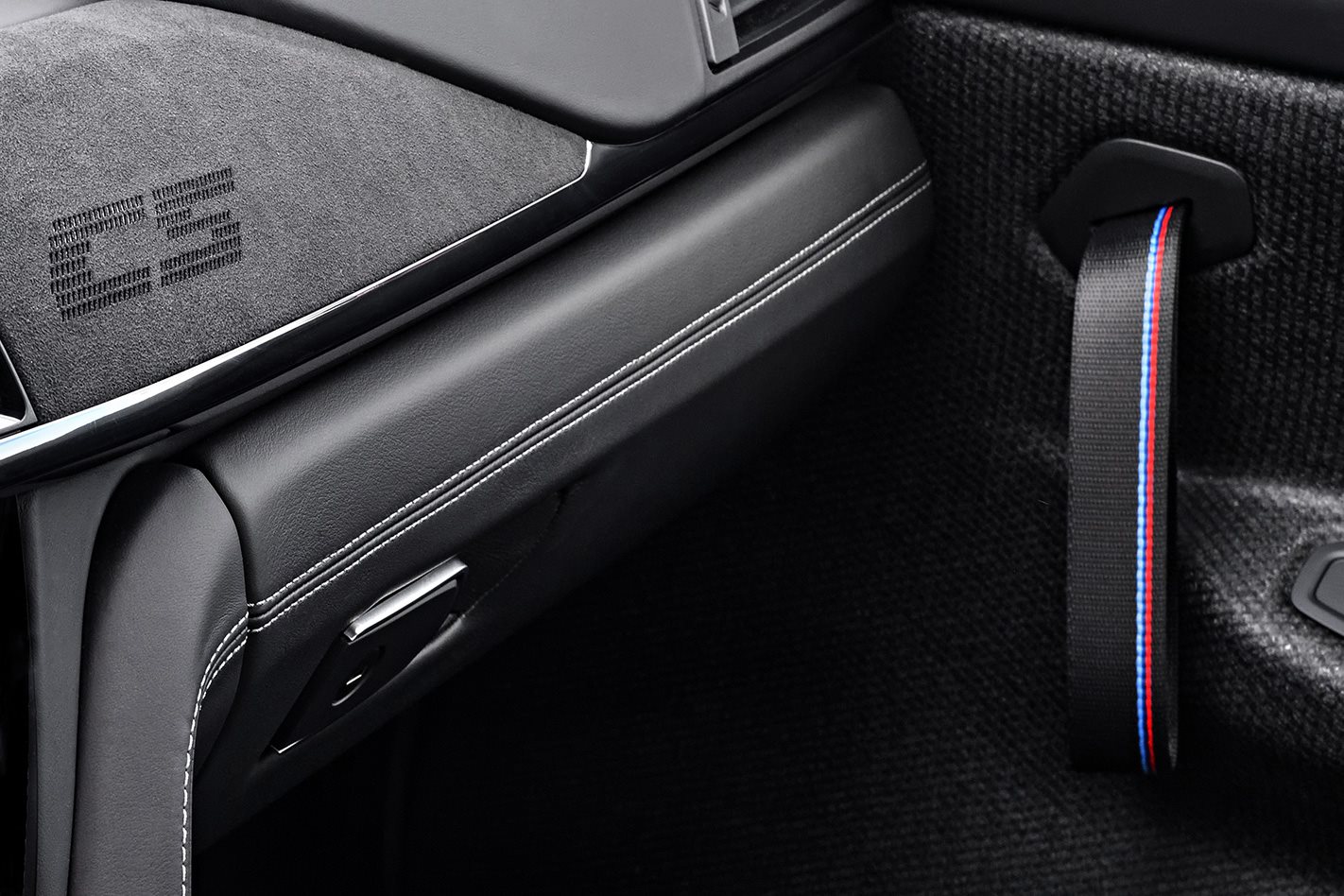 The rear axle, a classic liability of many M cars, has matured so much that the occasional off-putting responses under power have all but disappeared, yet through fast corners the rear wheels can seem to plot different movements. It’s nothing serious, but as it dances along the edge of adhesion, the CS calls for the odd adjustment on the run. 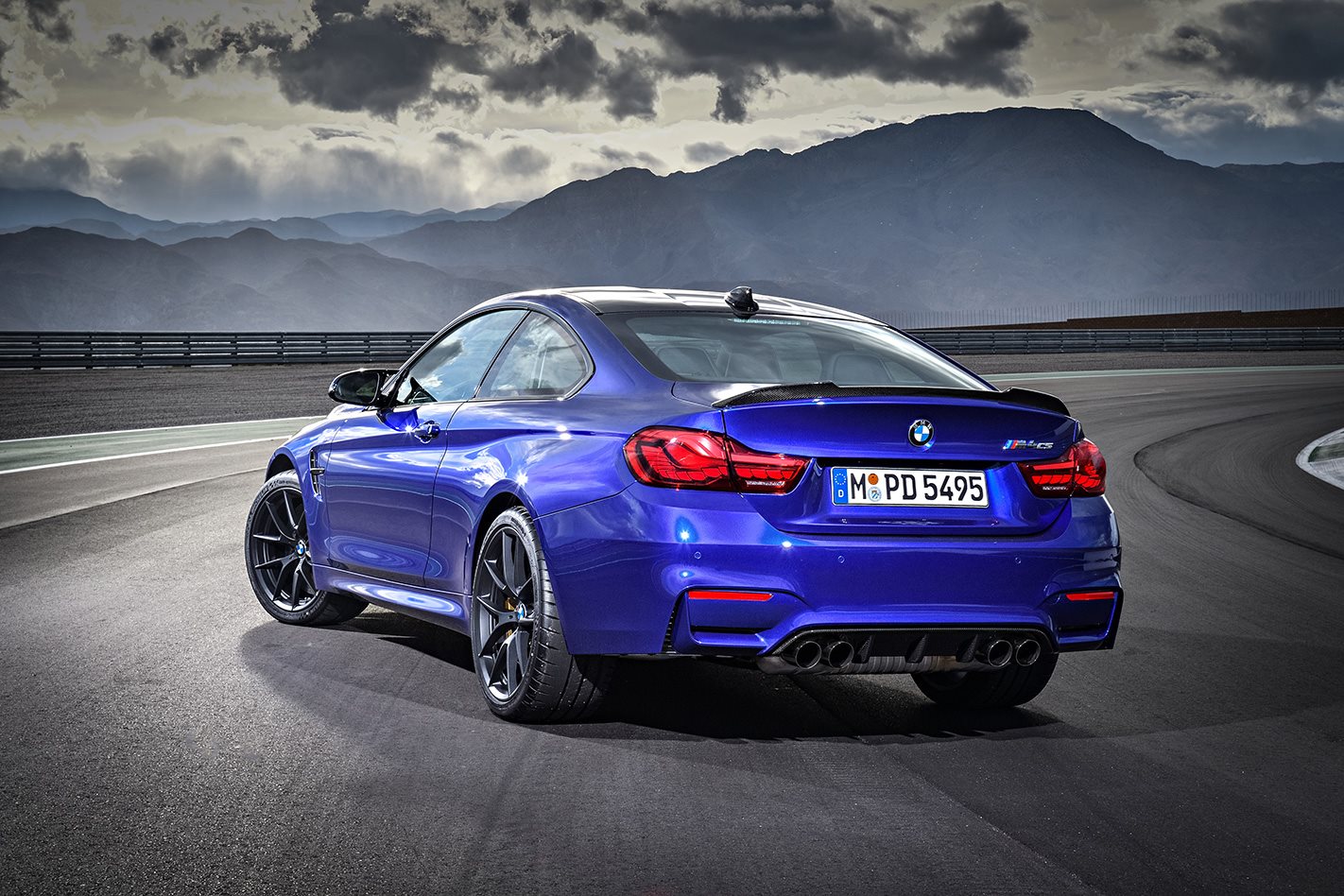 Equipped with optional carbon-ceramic discs and low profile tyres, you can keep pushing the CS’s braking points closer to the apex. However, even when you overshoot the mark, the fantastic front-end grip can still reel in the nose just in time.

While it lacks active anti-roll bars and rear-wheel steering, the 338kW 4 Series tracks with admirable precision. In many ways it’s what the M4 should have been from the outset as it combines great looks, ample grunt, a sweet chassis and generous specification all in one. 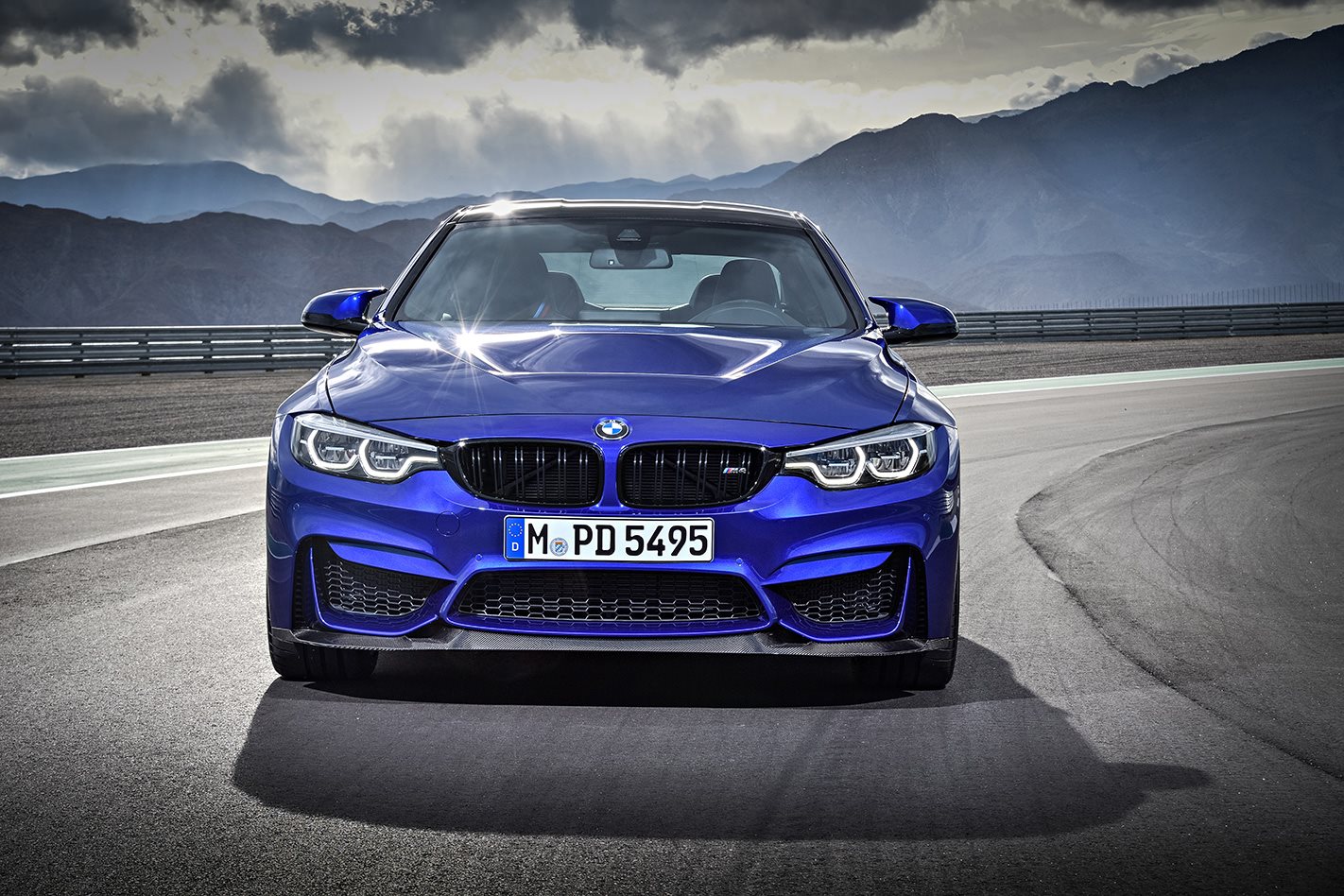 At the end of the day, it’s still the value-for-money equation which stubbornly distorts this picture. There is little doubt that the CS is the most desirable iteration of the range this side of the $294,715 GTS, but is it really worth the premium over the $154,900 Completion Pack – not to mention the bargain-basement, Oz-only $139,990 M4 Pure? I think not.

You could factor in the lure of a special edition, which seems to eliminate depreciation despite the higher initial outlay, but we’re talking driving pleasure here, not return on investment. And that’s something the CS has well and truly covered. 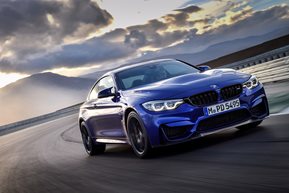 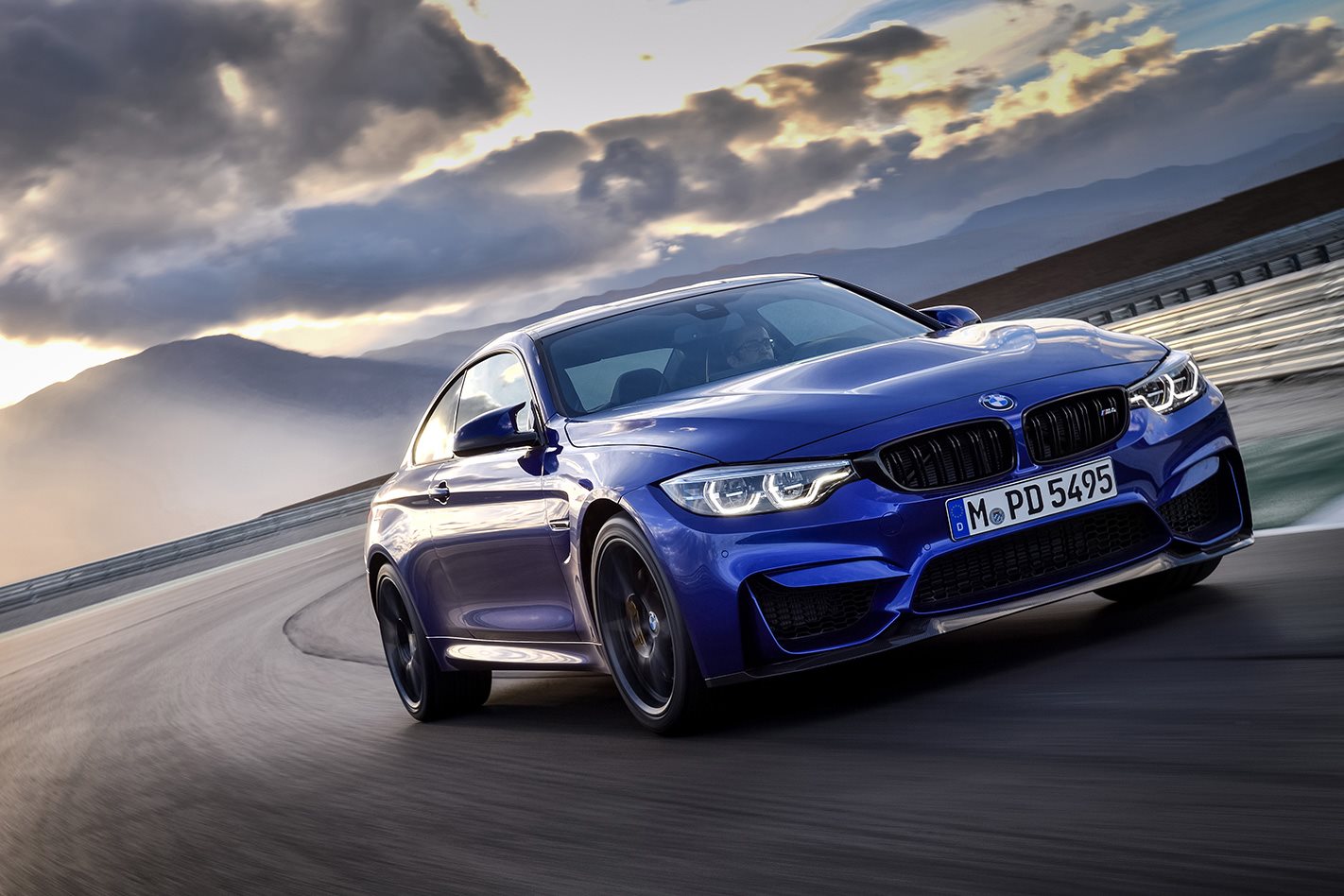 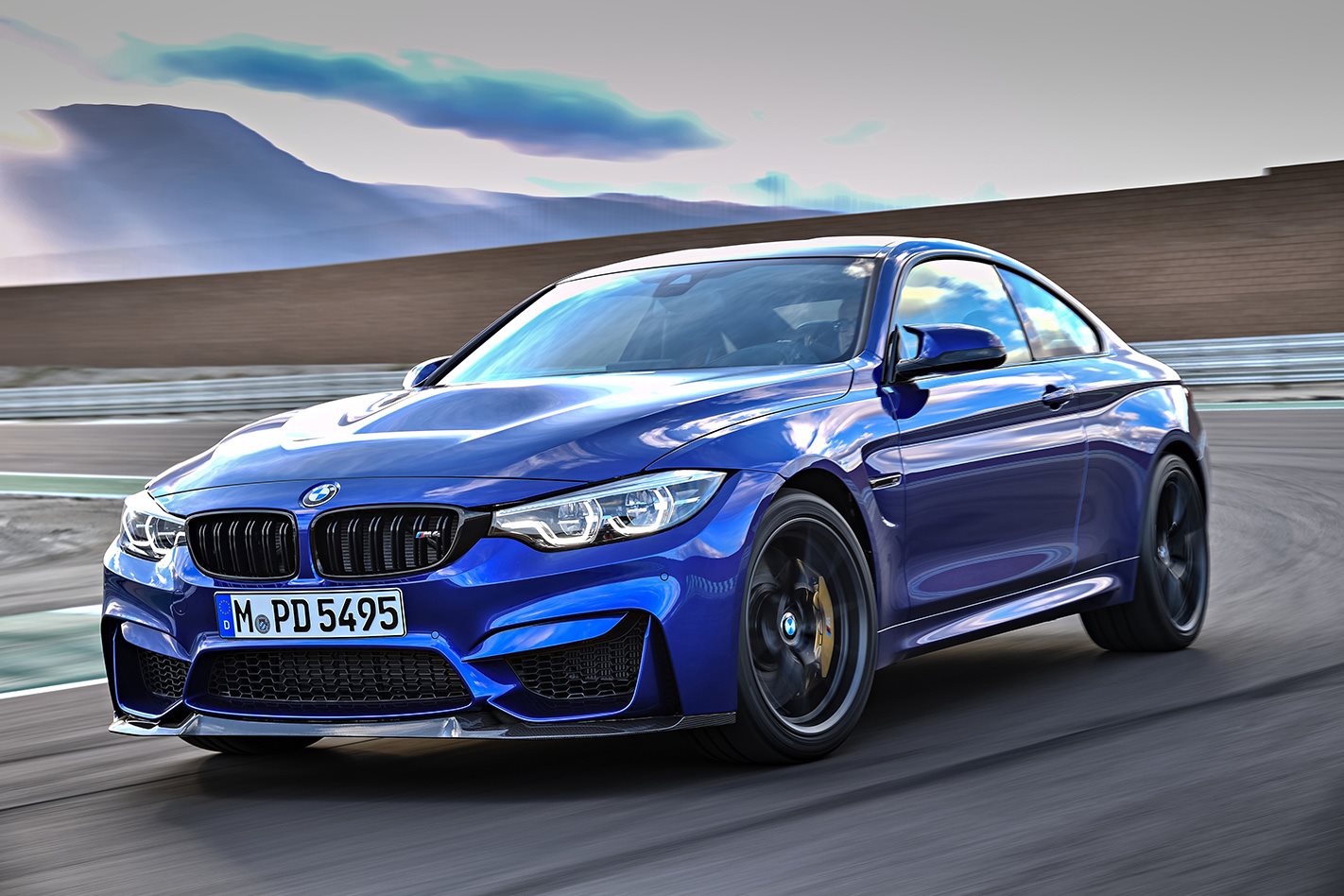 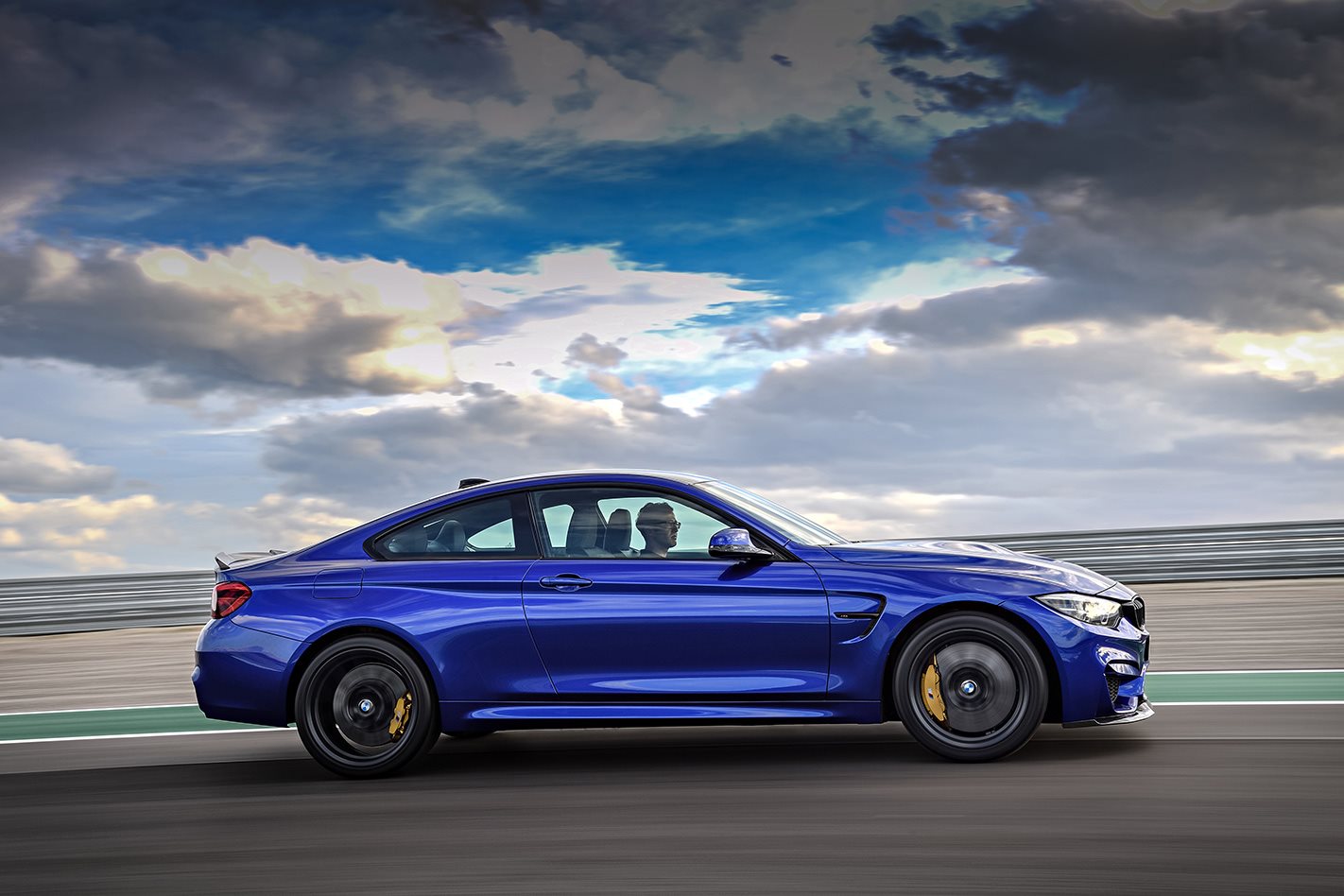 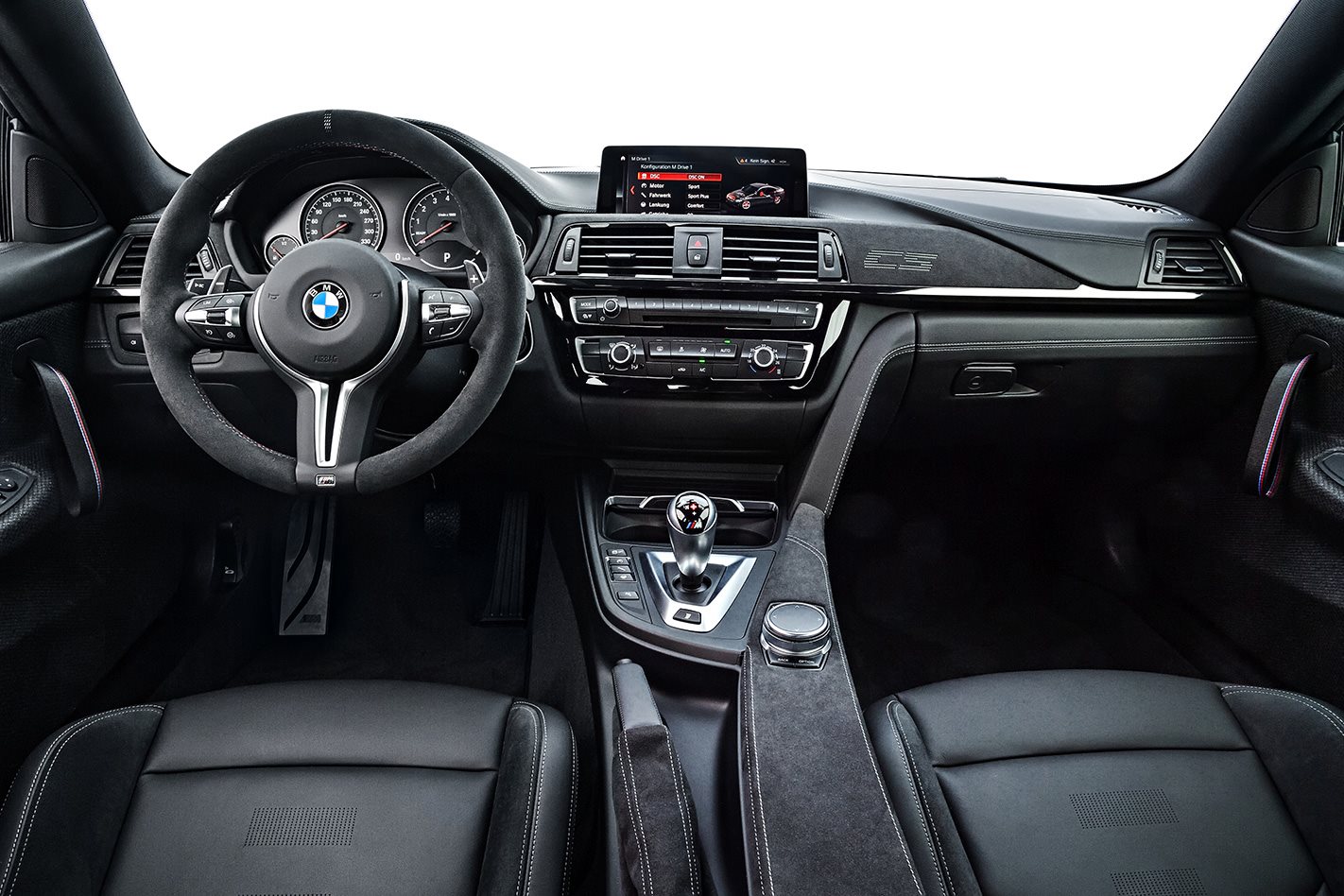 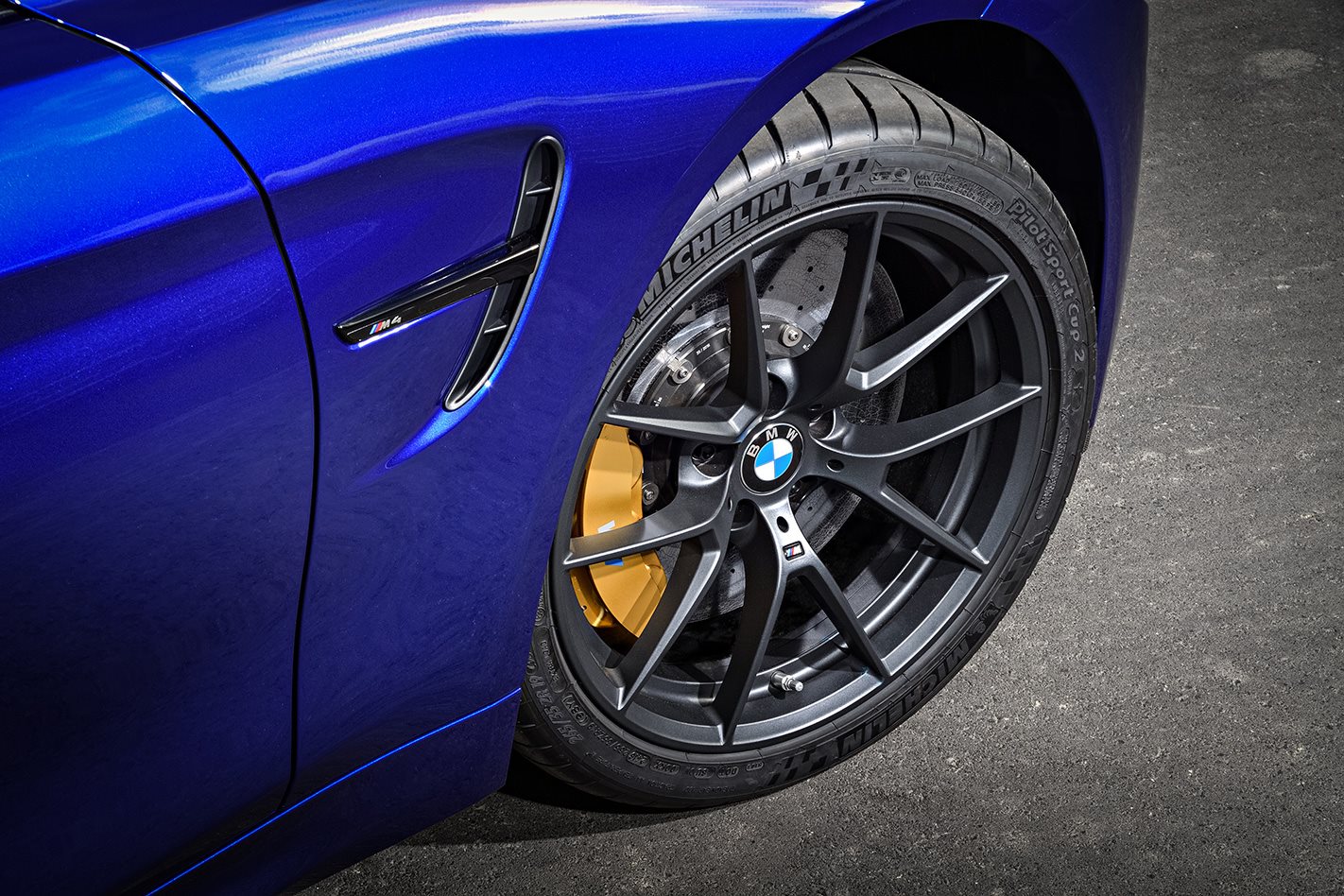 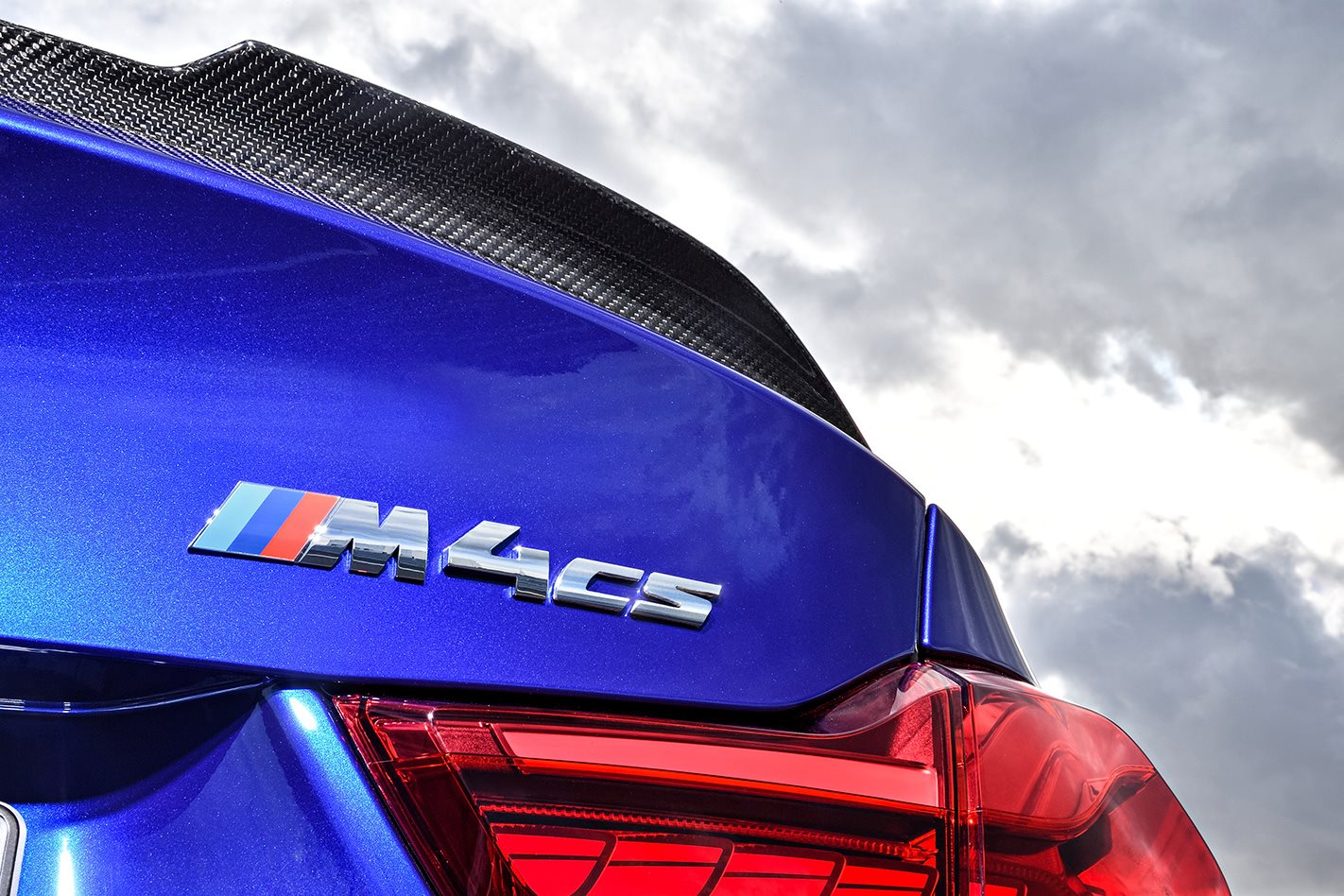 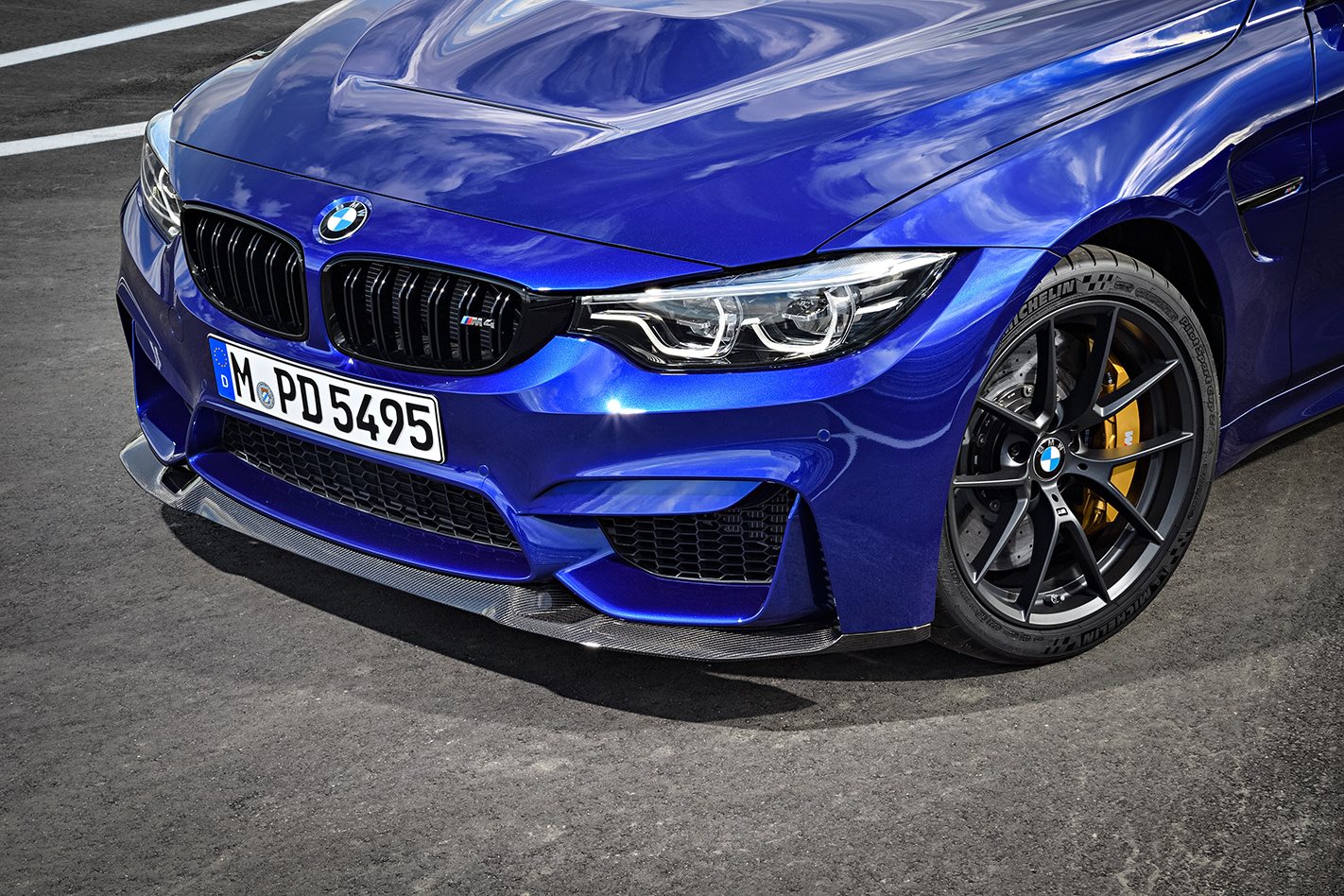 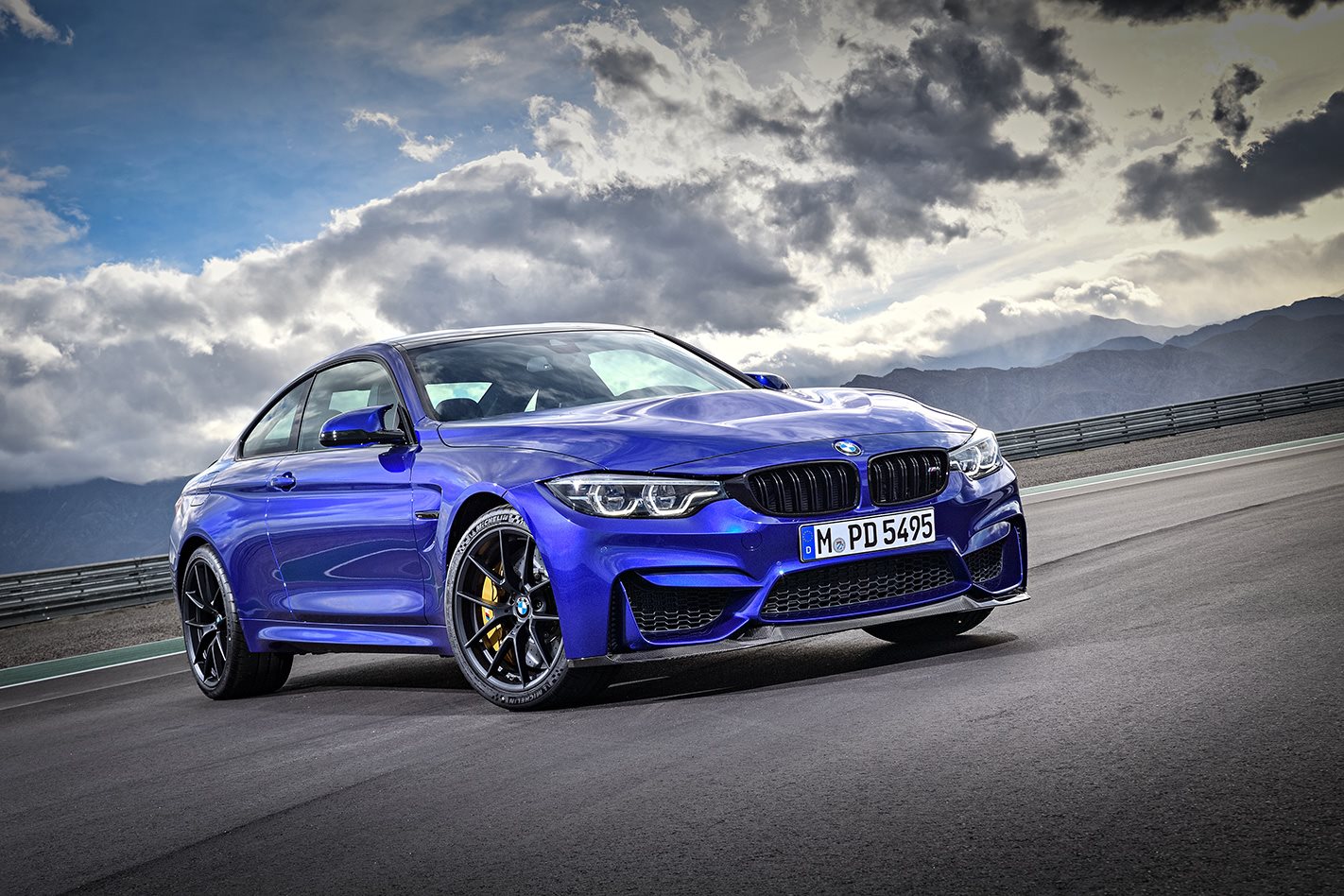