With a 588kW V12, never has a car been more aptly named than Ferrari’s new Superfast

And spoiler alert, the Ferrari 812 is, if the rumour mill is to believed, the pinnacle of front-engined, rear-drive, naturally aspirated Ferrari V12 goodness. We may never see the likes of this watermark Maranello moment again.

Electrification, stringent emissions and fuel-consumption pressures are encroaching on this venerable GT layout. 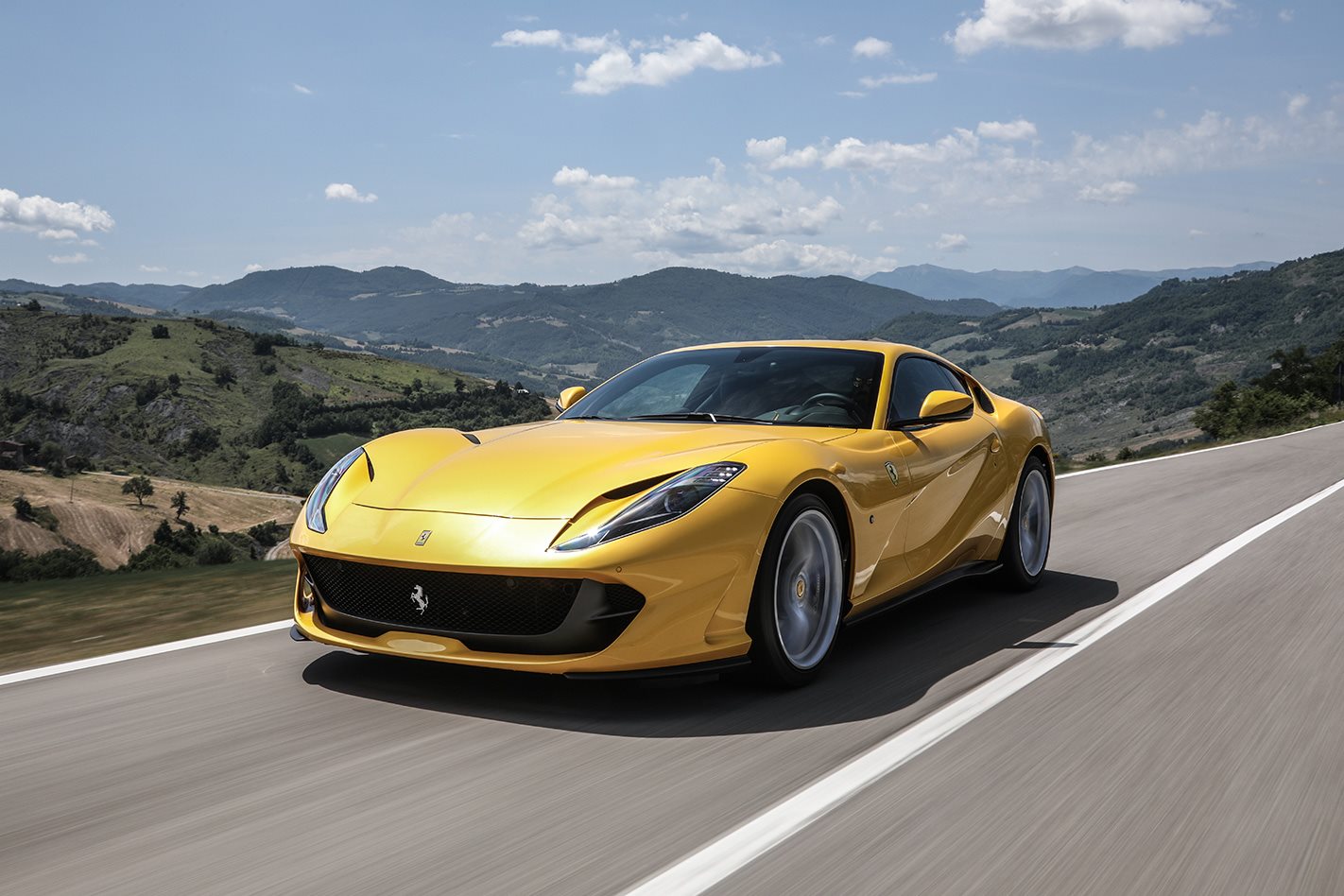 There is a glut of high-end turbocharged engines producing phenomenal figures nipping at the Fezza’s feet, yet while the 6.5-litre atmo V12 is a dying breed, it’s not fading quietly. With a staggering 588kW flanked by 718Nm (43kW/28Nm more than the usurped F12), it still ranks high on the emotions scale as it fuses instant throttle response with an addiction to high revs.

It is, by name and definition, Superfast. The beating heart of this new Italian grand tourer is, in a word, magnificent. With an 8900rpm redline, how could one complain? And it is just as impressive on paper as it is in reality.

The numbers reveal part of the story: 0-100km/h in 2.9 seconds, 7.9 seconds to 200km/h and an Autobahn-crushing top speed of 340km/h. Yet it goes further still as the Superfast is 1.5 seconds quicker around Ferrari’s own test track, Fiorano, than its aggressively styled and set-up F12 forebear. 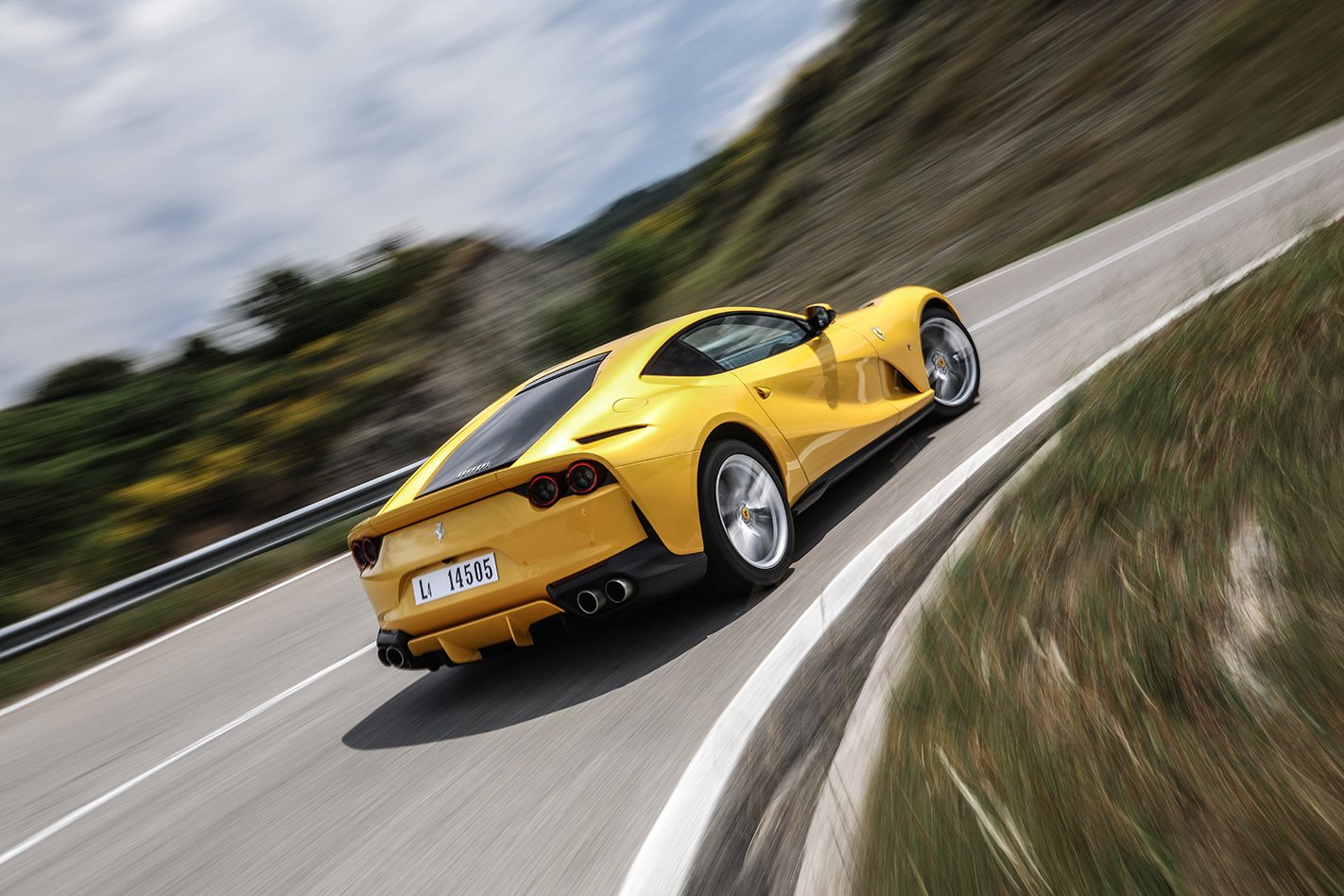 However, as alluded to, the Superfast isn’t just about numbers. The bigger and more supportive seats straps man (or woman) to machine, aided by seatbelts the colour of your choice. While there is enough shoulder room for Hulk Hogan and his twin brother, the driving position is the same stretched-arms-with-legs-akimbo posture Italian sports car makers have cultivated for many years.

Once seated, the red steering wheel-mounted starter button summons 12 front-mid-engined cylinders before coming to rest at an intense idle-speed hum. What comes immediately to mind is that the ergonomics are, again, dominated by the crowded multi-function steering wheel and there is still no head-up display.

About the only assistance system worth mentioning is the reversing camera. When you leave Maranello in a Ferrari, the only direction keen drivers take is west where the rolling hills, that later become veritable mountains, beckon. Most of the corners are listed landmarks and haven’t been resurfaced in a long time. 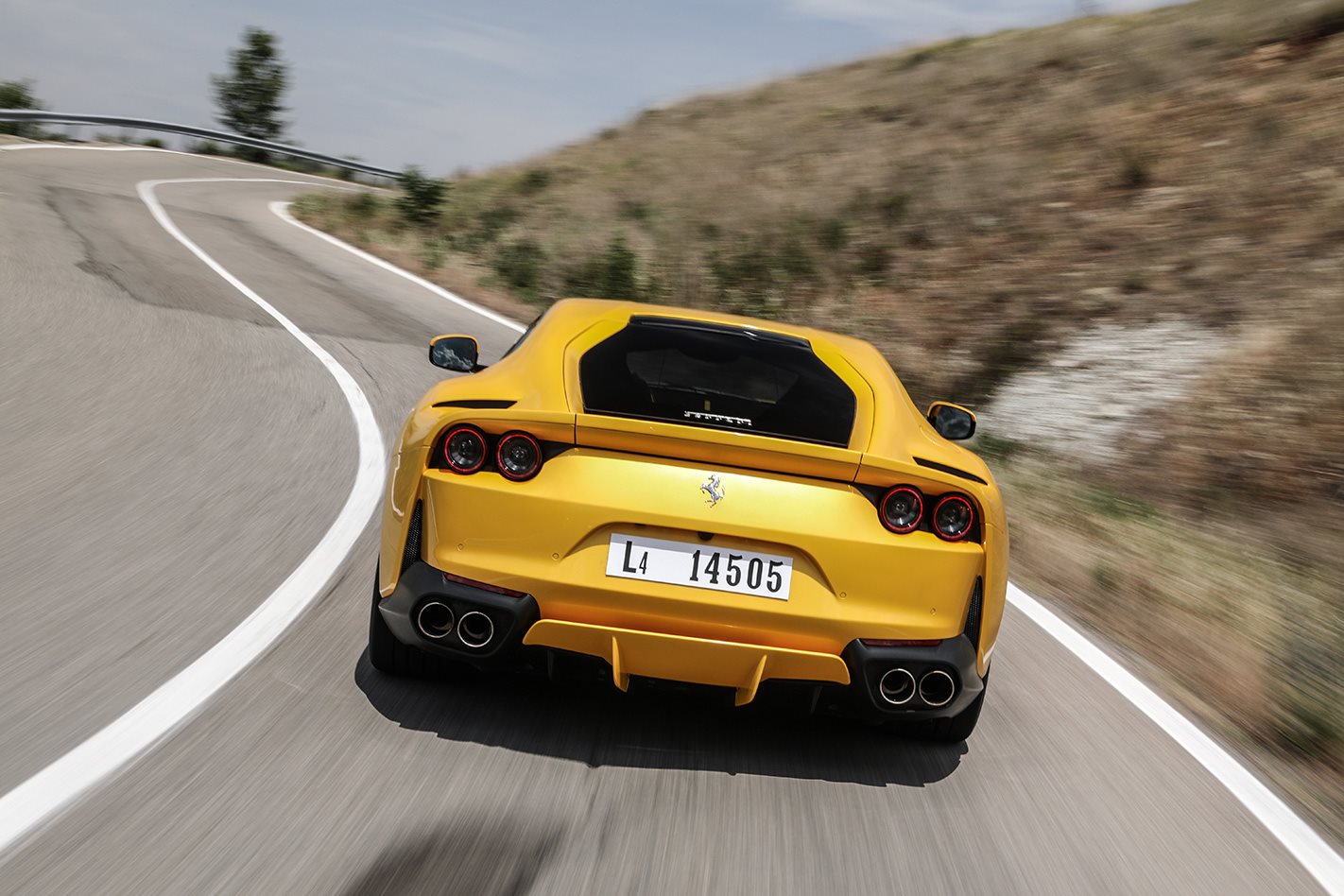 The gruffness of the terrain can be addressed by a stab at the damper control button, which duly adds welcome compliance. But of course, this is a Ferrari, so you have the Manettino drive-mode selector to play with. While race mode is too timid, ASR off requires pin-point accuracy.

As a first ‘spirited’ attempt, maybe flirt with the modes before turning everything off. In truth, 588kW is about 300kW too much for these vomit-inducing blind summits, roller-coaster dips and sharp turns into the unknown. However, as soon as the road opens up and visibility improves, the 812 powers into another stratosphere.

While the first two thirds of the power and torque curves mimic the F12, the Superfast truly gallops away beyond 6000rpm. From this point the floodgates of the intake manifold are wide open, the exhaust has locked all flaps into the attack position and the 200 extra rpm join forces with the 200cc boost in displacement. 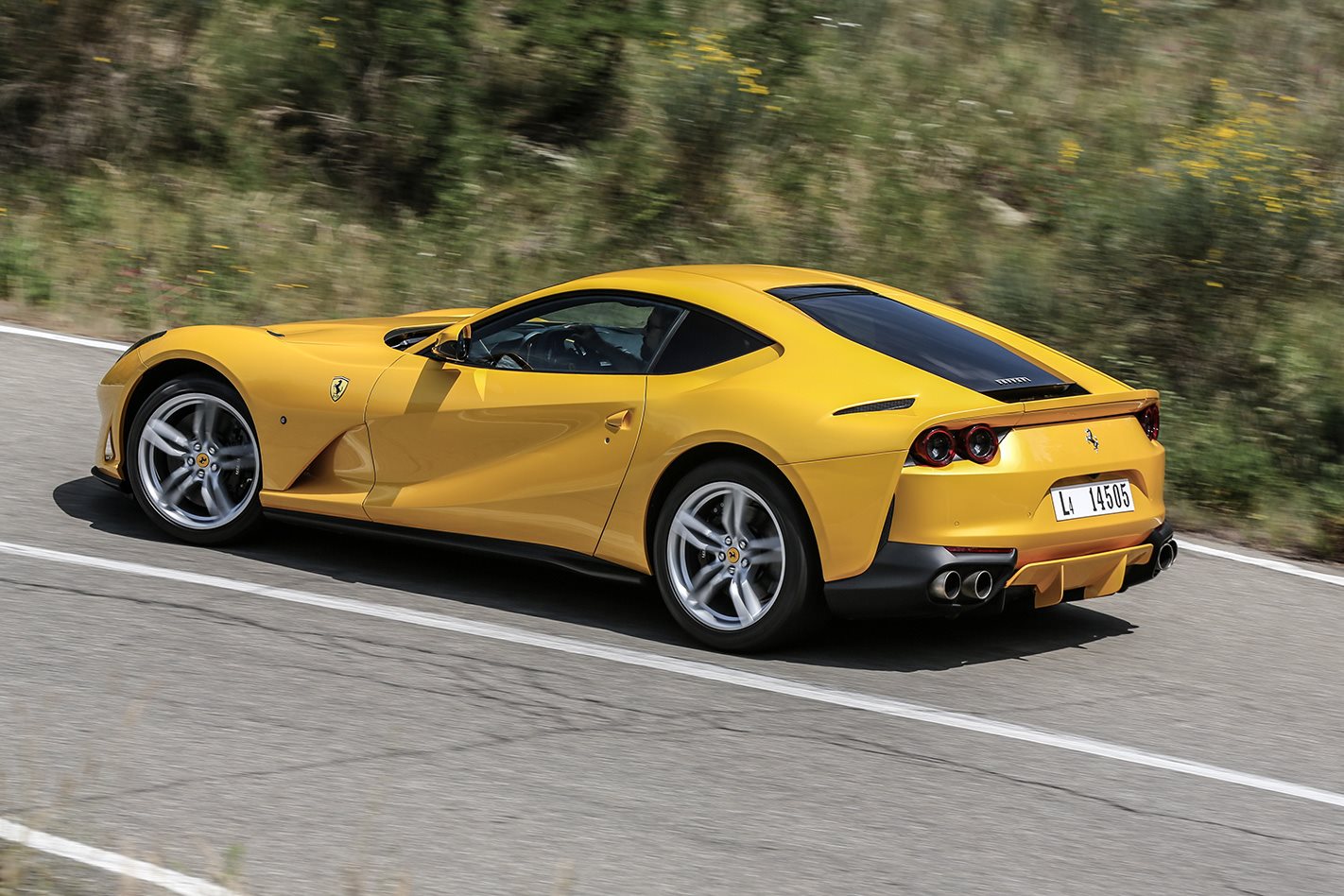 When all 588kW/718Nm are on deck, the horizon approaches faster than mounting fear. The latter can also be experienced by your fellow occupant, as like the GTC4 Lusso, speed, revs and gear selection feature on a screen located in front of the passenger.

What aren’t in need of numerical confirmation are the lateral g-forces. Press on and the 1630kg mass will eventually morph into a drift which can be held seemingly endlessly. There’s no doubt about it, the 812 Superfast is a drug for the ego and a declaration of war on sanity all in one.

The DNA of the limited-edition F12 Tour de France served as a dynamic role model for the 812; it’s just been fine-tuned for the Superfast. In both cars, a wild ride along the limit of adhesion is escorted by wider front tyres, a more adventurous ESP calibration and, of course, the game-changing rear-wheel steering (RWS). 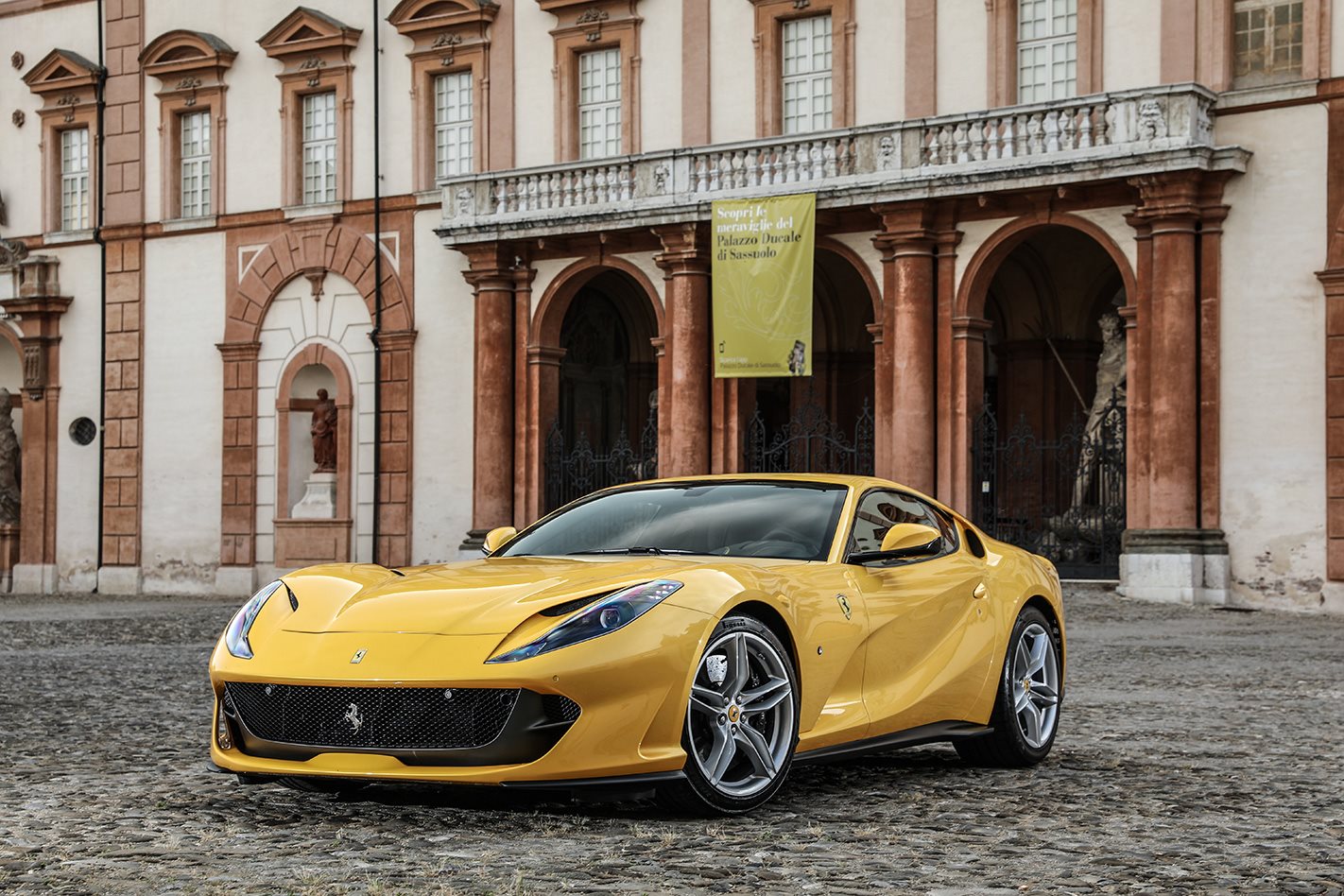 On the Autostrada, RWS enhances the directional stability, suggesting that the wheelbase has by magic suddenly been extended. Through the twisties, however, the slight countersteer makes the coupe feel shorter and more nimble.

To relish the full effect of the electro-hydraulic system, it’s best to find an evenly surfaced third-gear corner where both axles complement each other in a wonderfully transparent manner. While a small torque input at the apex prepares the driver for things to come, the rear wheels briefly tighten the line before mass and momentum take over, signing the road with two black arcs.

The steering feels a touch meatier now, and although every half inch of rotation at the wheel has an immediate result, there is not a trace of nervousness marring the straight-ahead position. Thanks to time in a wind tunnel, this Ferrari has been taught how to slice the air into tufts while smoothing and accelerating the flow. 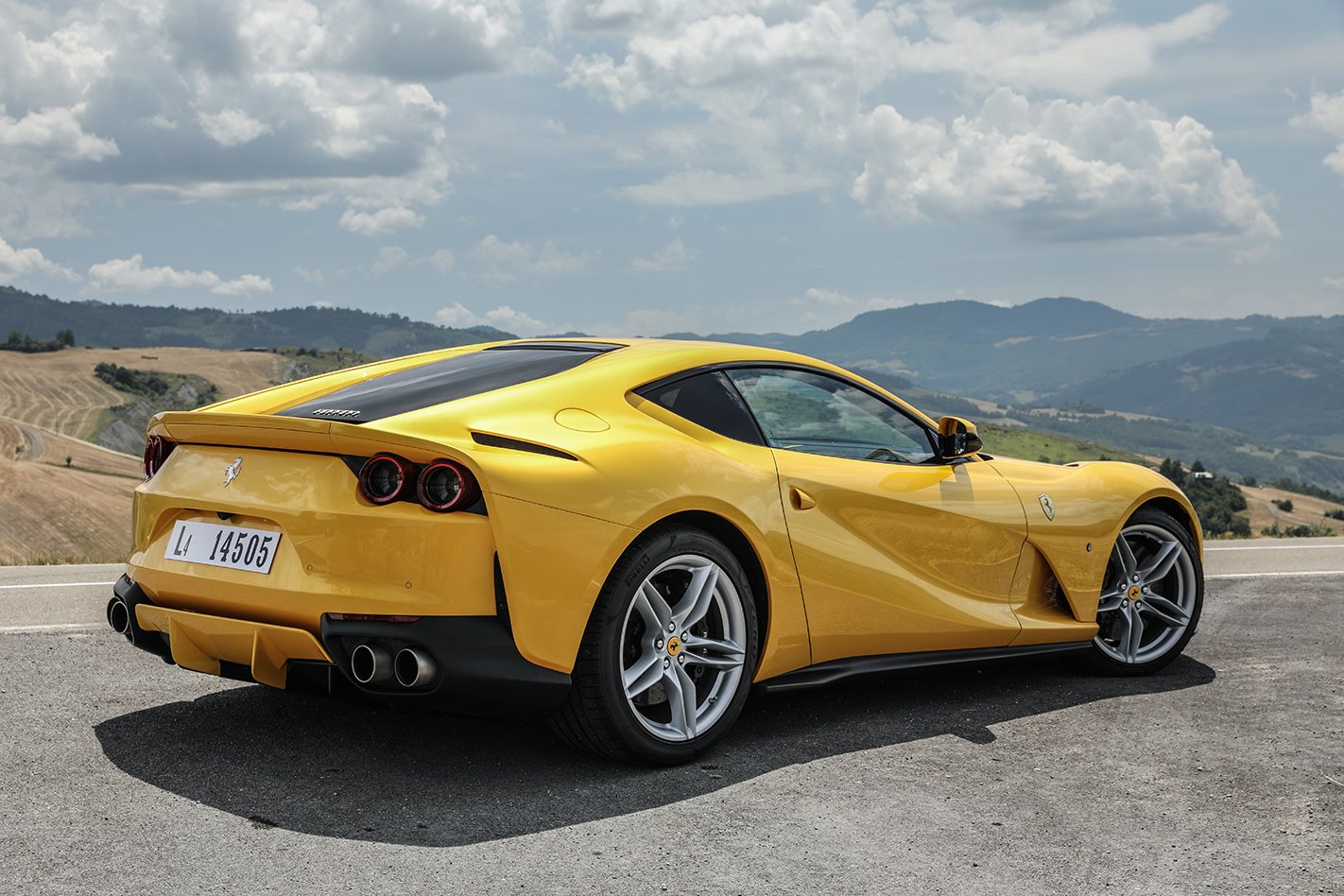 It then directs it over, under and alongside the car before finally bidding it farewell via a large diffuser and hidden rear spoiler. Together with underbody vortex ducts and three concealed adjustable flaps, there is up to 130kg of downforce pushing the car firmly to the ground.

At 200km/h, the aero strategy switches from maximum ground effect to minimum drag resistance. Similar to the transformation of the engine above 6000rpm, the active aerodynamics pull out all the stops to fight the elements in the 200 to 300km/h range.

The launch-control-assisted 0-100km/h time is a cool headline figure, however, it’s relatively insignificant in the real world where awesome in-gear urge makes all the difference. It takes 6000rpm for Dr Jekyll to become Mr Hyde, as the V12 wants to be revved hard. 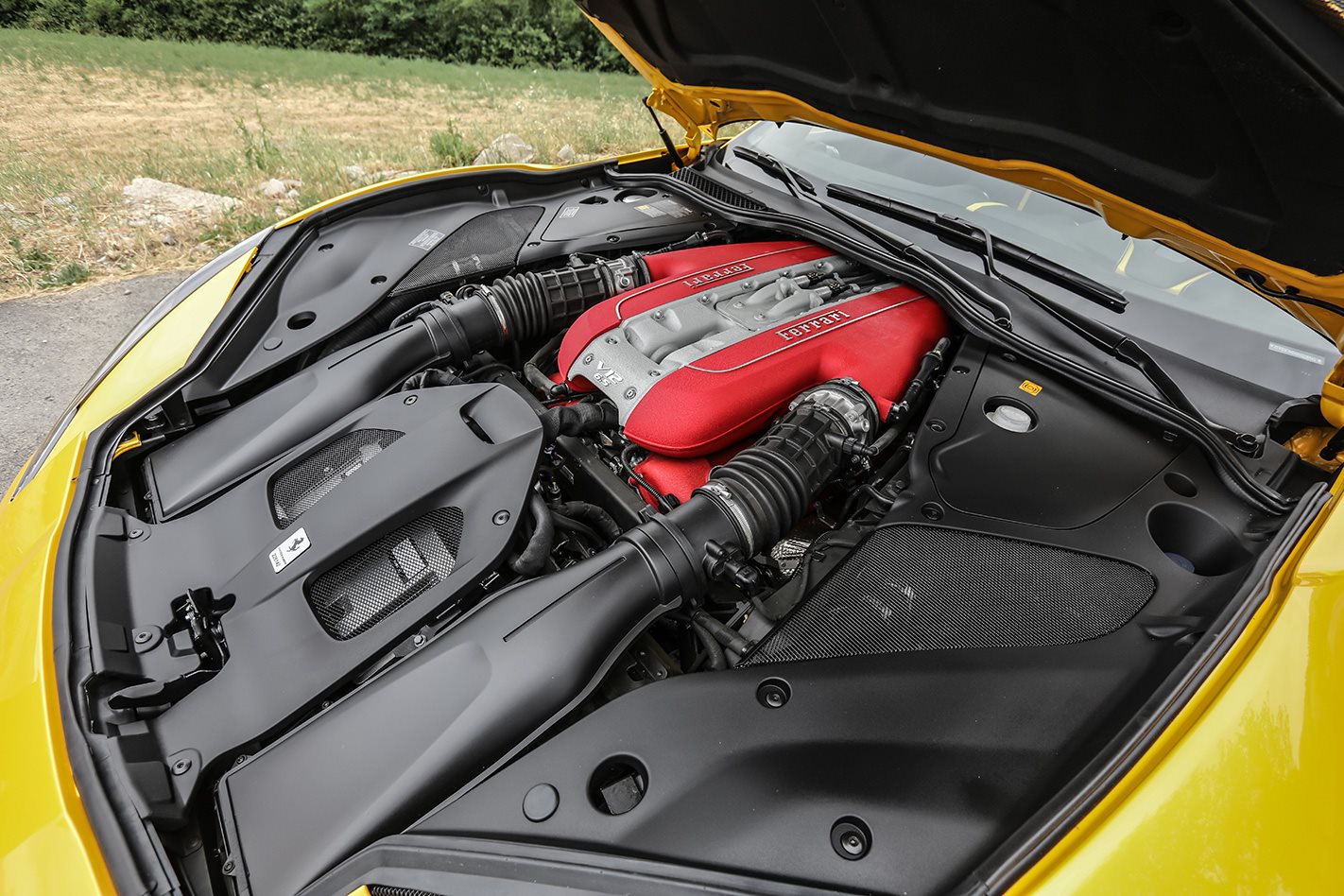 All the way from 1500rpm it generates a wonderful noise no turbo could ever match. In decibel terms, it’s a marvel just how the Superfast passed regulations given the loud music played through the four tailpipes. Sport is the most neighbour-friendly mode and anything above Race comes complete with fake downshift blips, lift-off pyrotechnics and a new level of full-throttle volume.

In more ways than one, the 812 is, indeed, super fast. It responds eagerly to accelerator inputs, its dual-clutch transmission is more closely staggered from first to seventh gear and the overall shift action is 30 per cent quicker.

With the downshift paddle pulled, the 812 will rifle through three ratios in the time it takes the F12 to change down twice. It’s rapid fire and overtly physical, yet totally linear – especially when you hit the brakes at the same time. 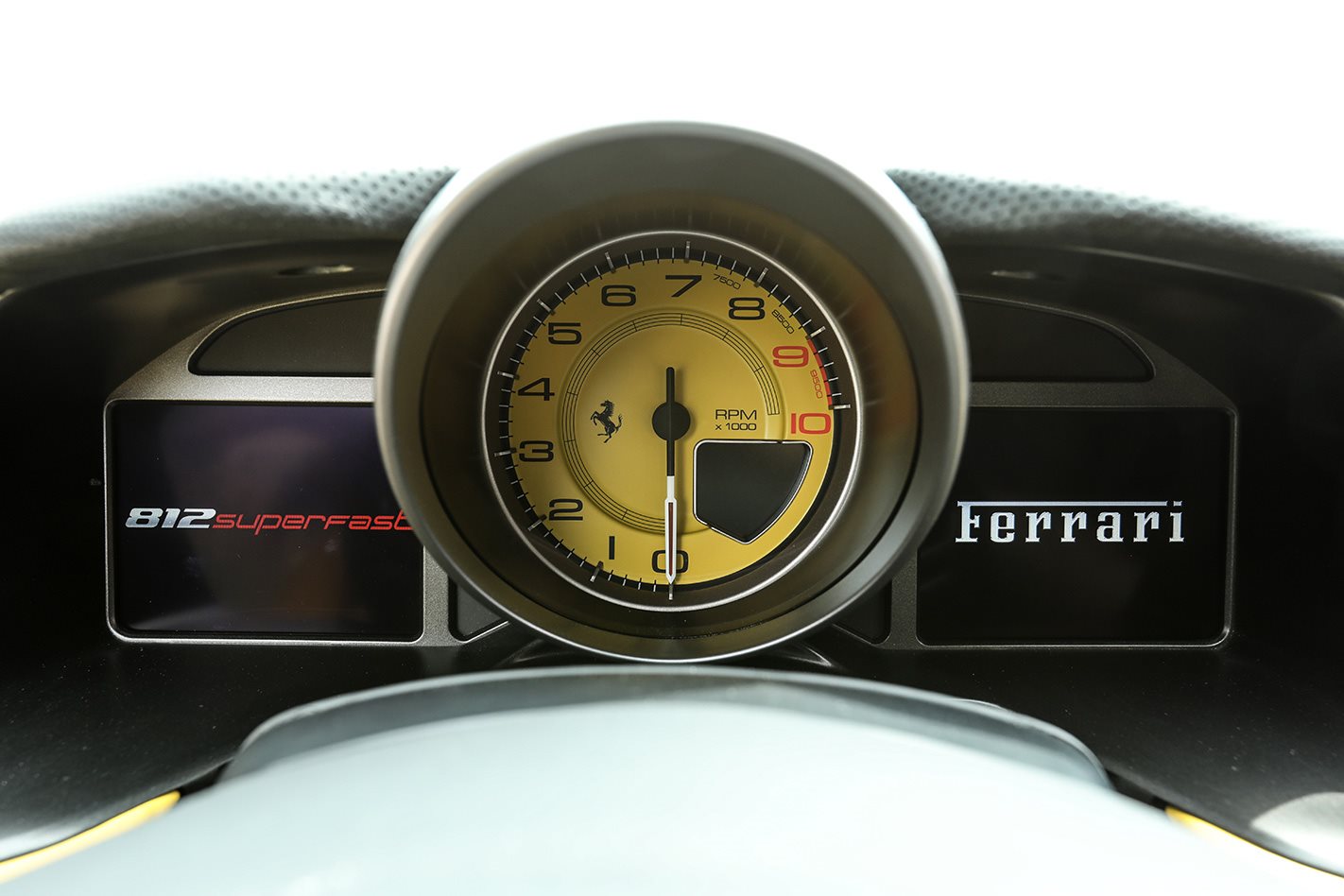 This aggressive style also works when the V12 climbs up the rev range, adding seemingly endless speed with undimished enthusiasm. Between gears five and seven, for instance, the swifter hydraulics, aforementioned extra 200rpm and the smaller-diameter cogs lay on an extra 37kW and 60Nm.

Given the potential buyer, the Superfast must also behave in town. And it actually does – sort of – as long as the transmission ambles along in Auto mode. One manual downshift is enough to make stray cats arch their backs, two will rattle hearing aids and three will make coffee cups jiggle.

Judging by our five-hour excursion through the Bologna hinterland, the 812 collected enough snaps to rival the Prancing Horse’s own German hero, Sebastian Vettel. When you peep through the beautiful asymmetrical 10-spoke wheels, the view is almost instantly blocked by massive brake discs – the diameter actually exceeds a long-play record by between 20 (rear) and 30 per cent (front). 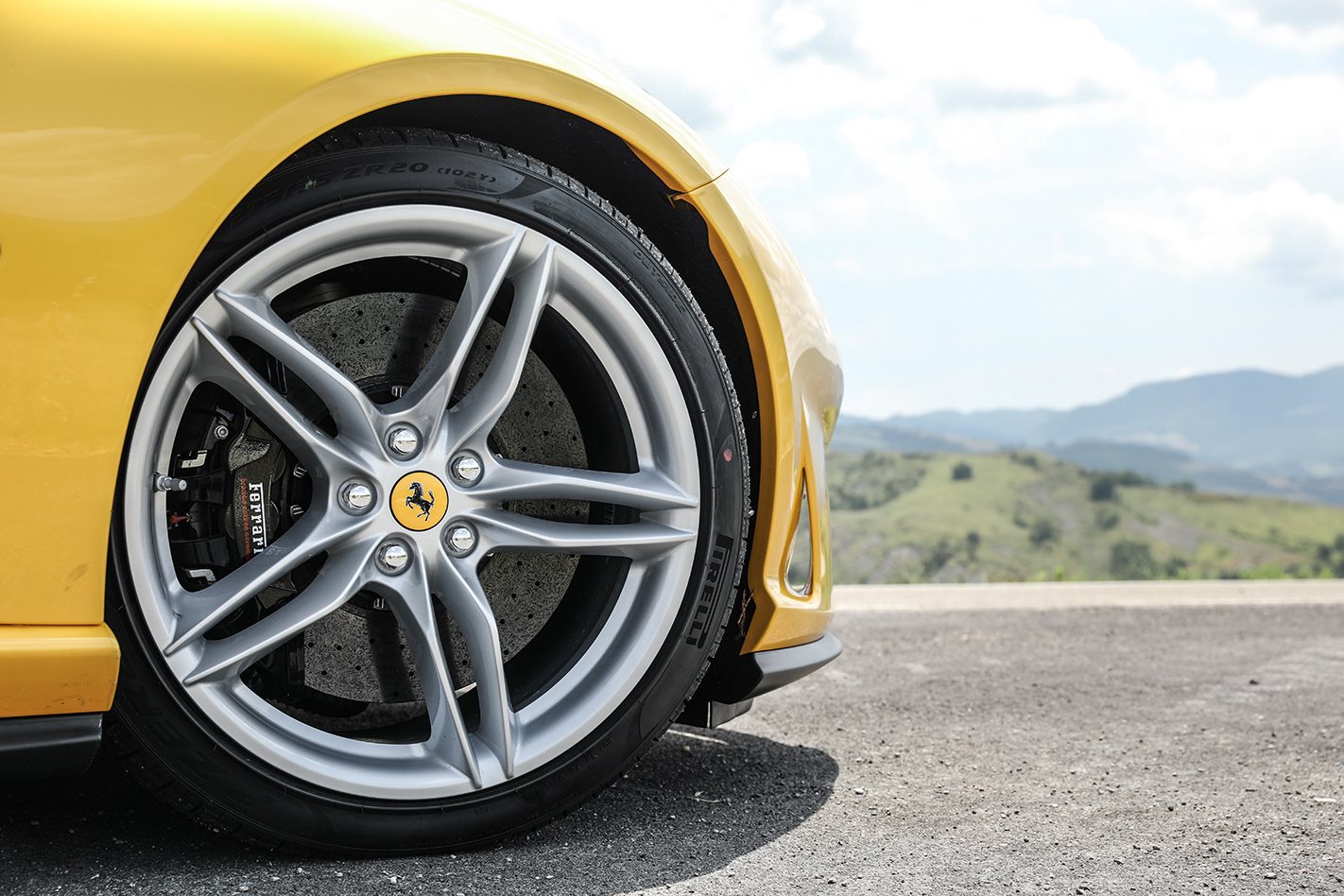 The huge carbon-ceramic rotors are masterminded by six-piston calipers, which relay the brake force to a set of 20-inch rims shod with 275/35 and 315/35 tyres, supplied by Michelin or Pirelli. Ferrari quotes a remarkably short 100-0km/h stopping distance of just 32 metres, which is an open invitation for the last of the late brakers.

As long as the tyre temperatures warrant sufficient turn-in grip. After 10 laps of the famous Fiorano circuit, braking points were readjusted. As the brake-pedal pressure continued to increase, accurate modulation became more and more difficult. And that initial bite, an important confidence-inspiring factor, was not quite as reassuring anymore.

Apparently this is not only due to normal wear and tear, but also to the more complex brake pedal kinematics. On track the enhanced body control strikes a nice balance between the uncompromising firmness of the Tour de France and the more emphatic articulation of the F12. 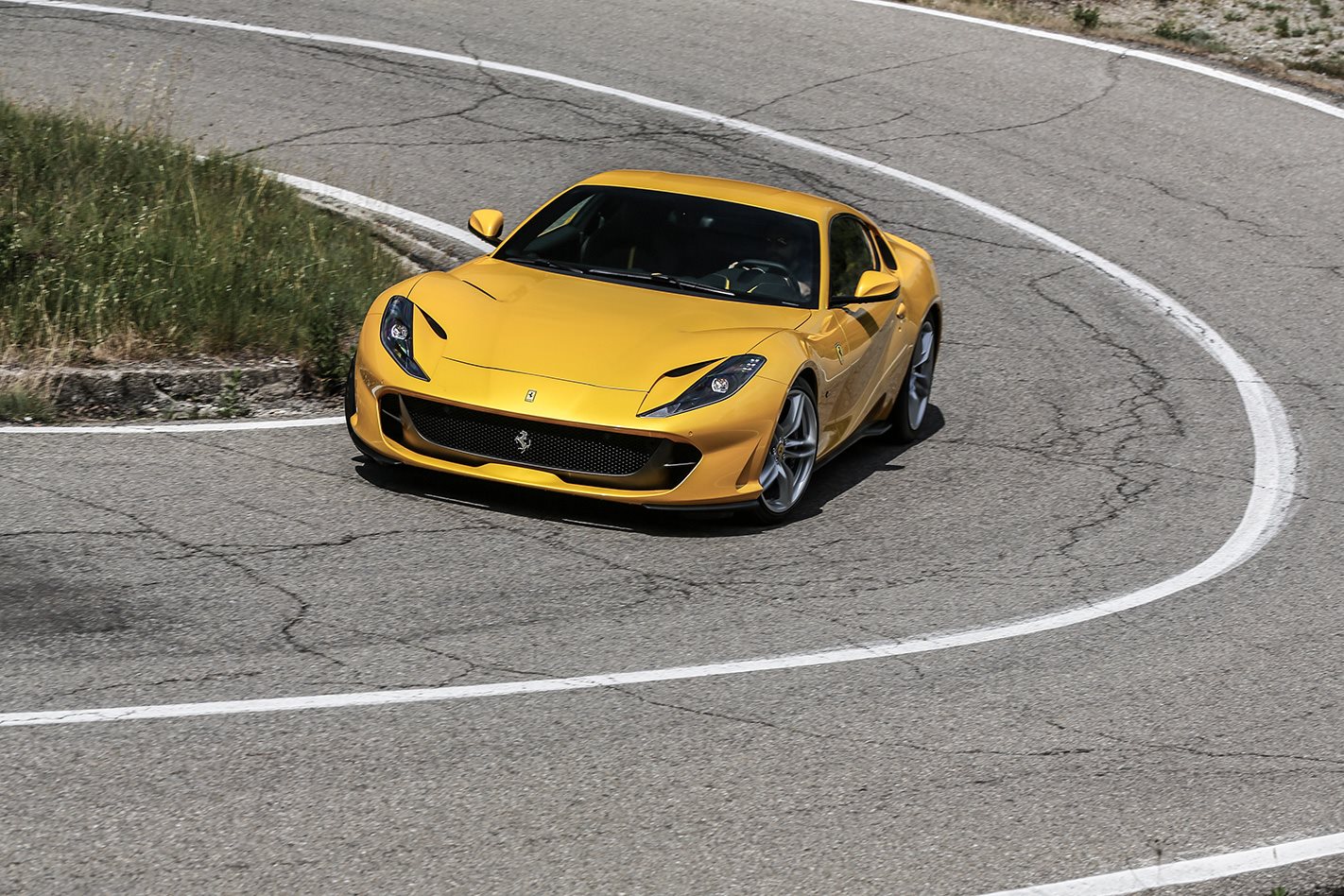 On uneven country roads though, bump absorption, wheel travel and hard acceleration squat can be limiting factors. Although the E-diff and traction control prevent major deflections from the flight path, all-wheel drive would be of benefit through tight bends and on poor blacktop.

Active suspension might also further enhance the composure under pressure. At 14.9L/100km, the Superfast burns less fuel than the model it replaces, which ticks the environmental box, but that fact will be of little concern to the hip pocket of the type of clientele buying the 812.

Although, the list price against the F12 has fallen to $610,000, down from $690,745. And if you must have your Ferrari in red, the new Rosso Settanta hue debuts with the Superfast, along with a range of heritage shades to celebrate the 70th anniversary. 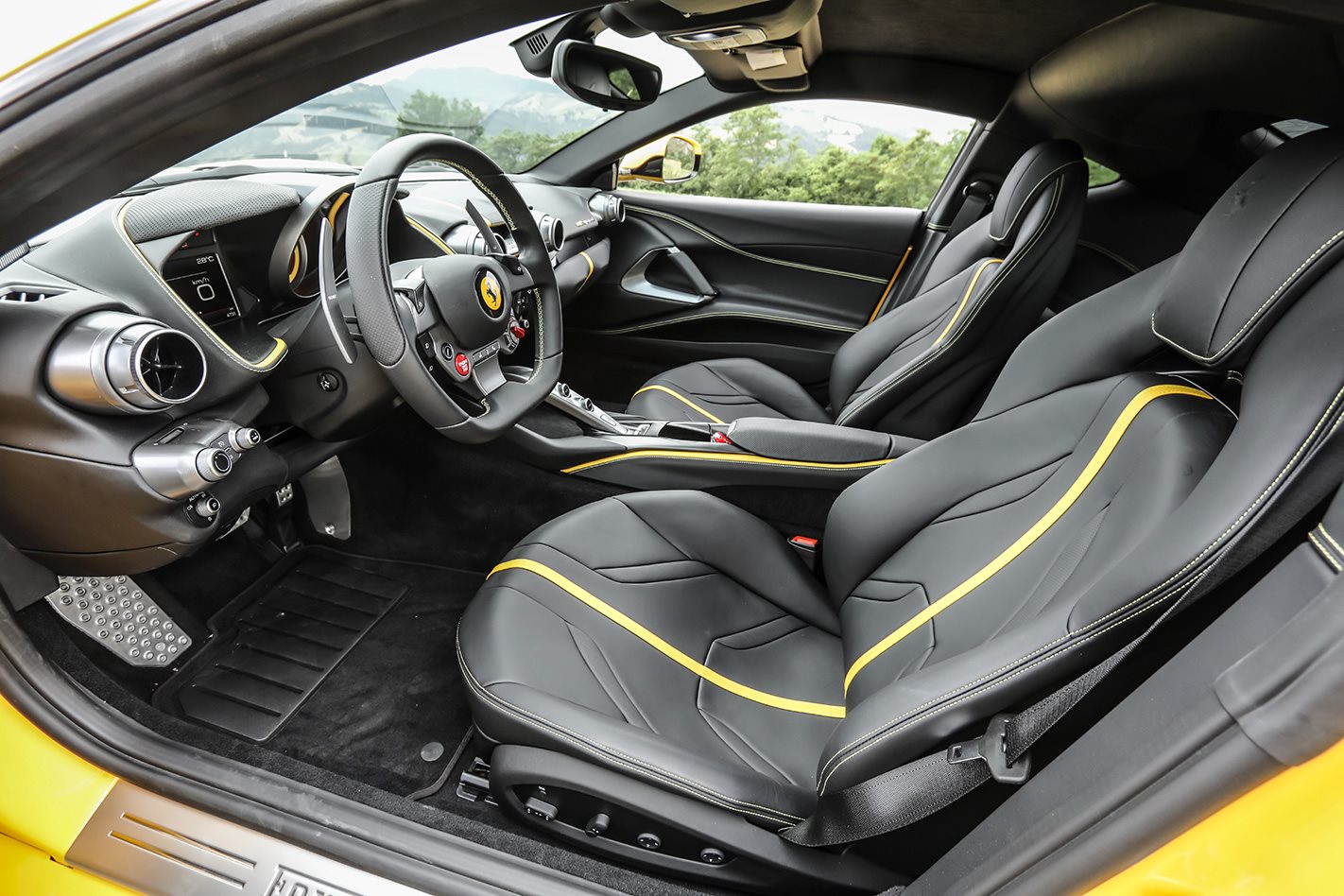 While the redesigned cockpit features more aluminium and carbon-fibre elements, the basic layout remains unchanged. No, they don’t round the steering wheels at Ferrari anymore, but the number of LEDs inside and out has undoubtedly multiplied.

Although beauty is always in the eye of the beholder, purists may struggle with the redesigned rear end which looks cluttered and busy compared to the original. The cab-backward proportions kicked off by the 550 Maranello have just about reached the end of the road, too. 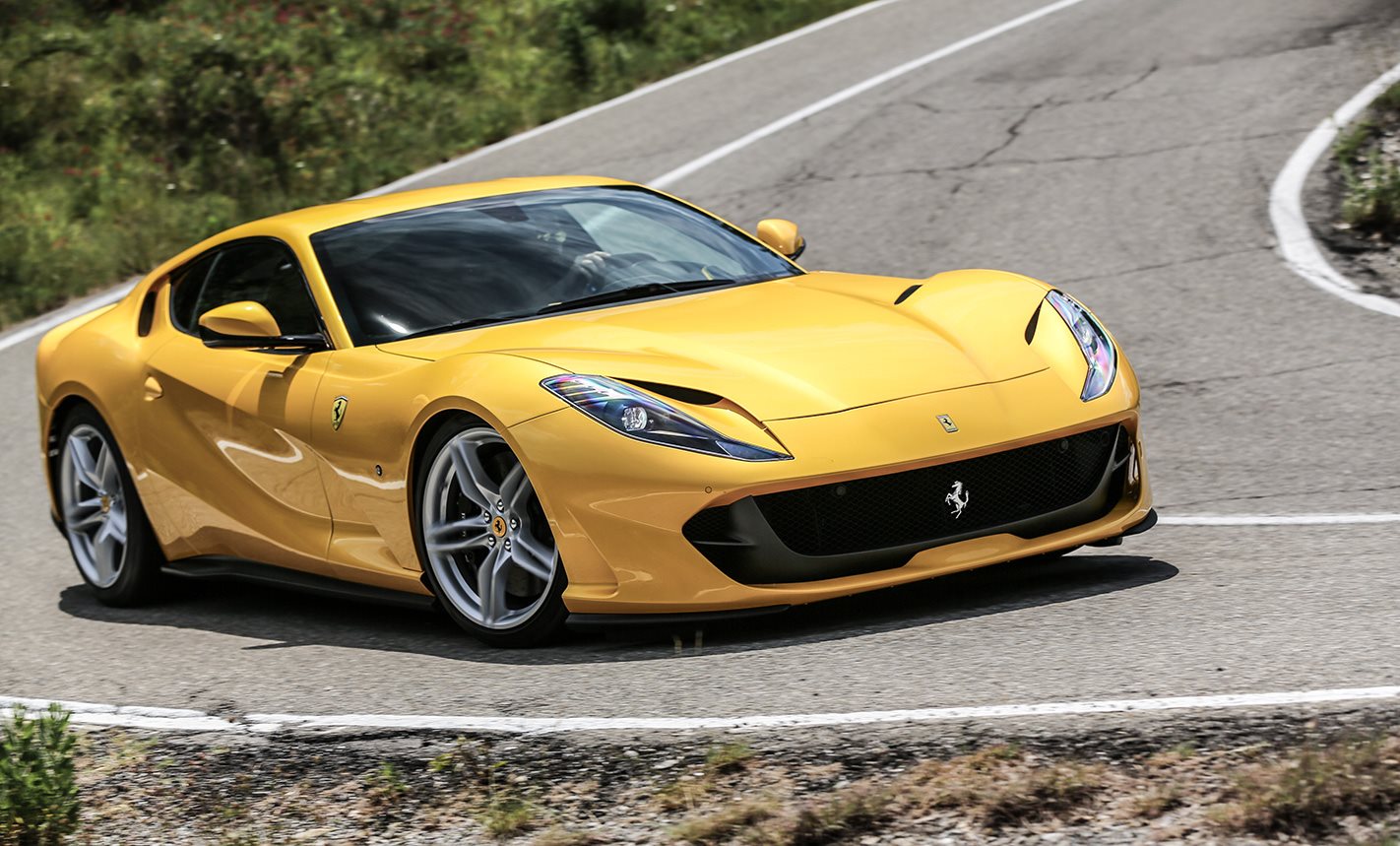 We certainly expect the next Superfast, codenamed F167, to be a rather different animal. Ultimately, the Superfast is not your typical space-age sports car. While it is made almost entirely from aluminium, it’s still too wide to be truly chuckable on most public roads.

Furthermore, its magical drivetrain does fail in the efficiency stakes and the overall engineering concept is old-school in places. However, all it takes to lose your heart over and over again is a day behind the wheel of this charismatic driving machine.

A toast to those lucky buggers whose credit rating stretches to the dotted line. 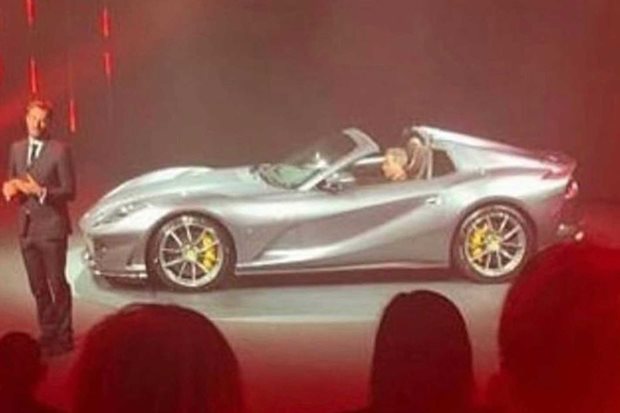 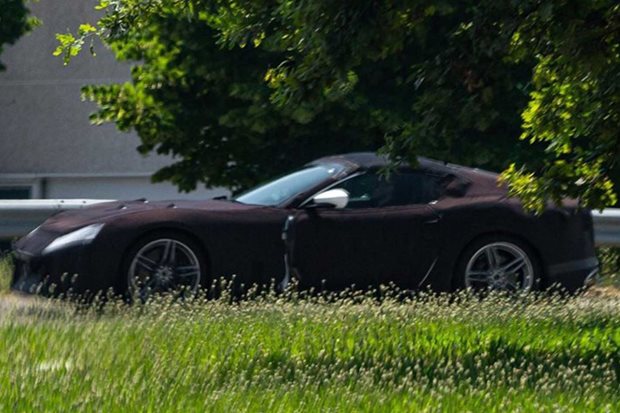 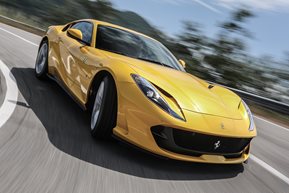