Can the Germans outdo Australia when it comes to the Calais V6?

It always went that if you wanted a Commodore, but needed something just a bit more comfortable, you’d buy a Calais.

Now, it’s much the same, except the Commodores are coming from Germany, and you can’t get one with a V8.

But it's not all bad, because the new Calais-V is a pleasant surprise.

Starting with the basics, it’s powered by a 3.6-litre atmo V6, putting power to all four wheels. A maximum of 50 per cent of that will head rearward. 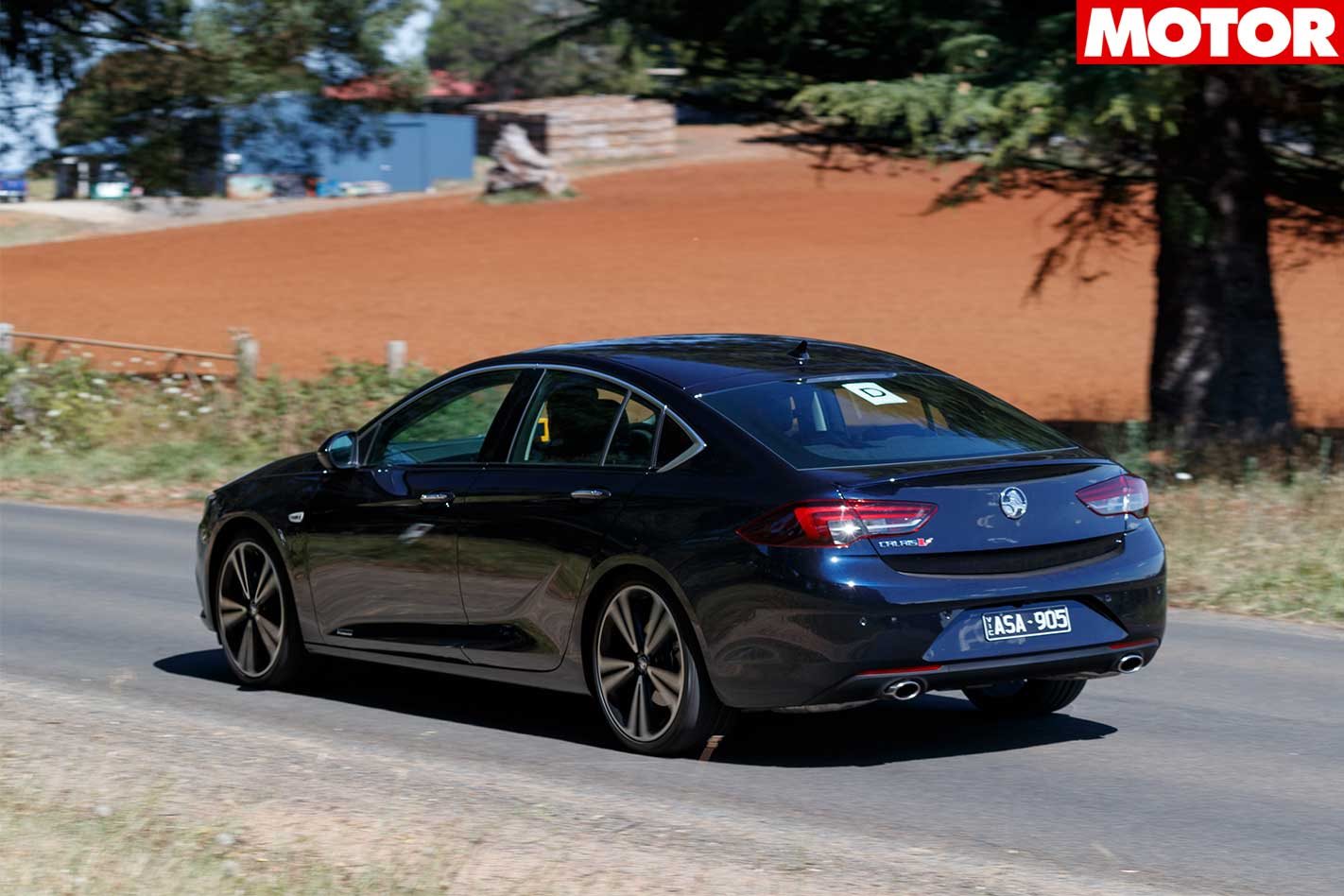 Compared with the old V6, it’s also a more powerful engine, making 25kW/31Nm more than its predecessor. It does, however, need to be revved a bit harder to hit peak potential.

But match that extra grunt with all-paw grip, and it makes for a surprisingly capable motor. The gearbox is smooth, too, but a few little oddities spring up here and there.

Nine close gears make for a lot of paddling if you’re in manual mode, and second and third are almost indistinguishable when accelerating.

The closeness of its gearing does make it quite smooth if you leave it be, even if the ‘box sometimes picks a higher gear than you’d like. 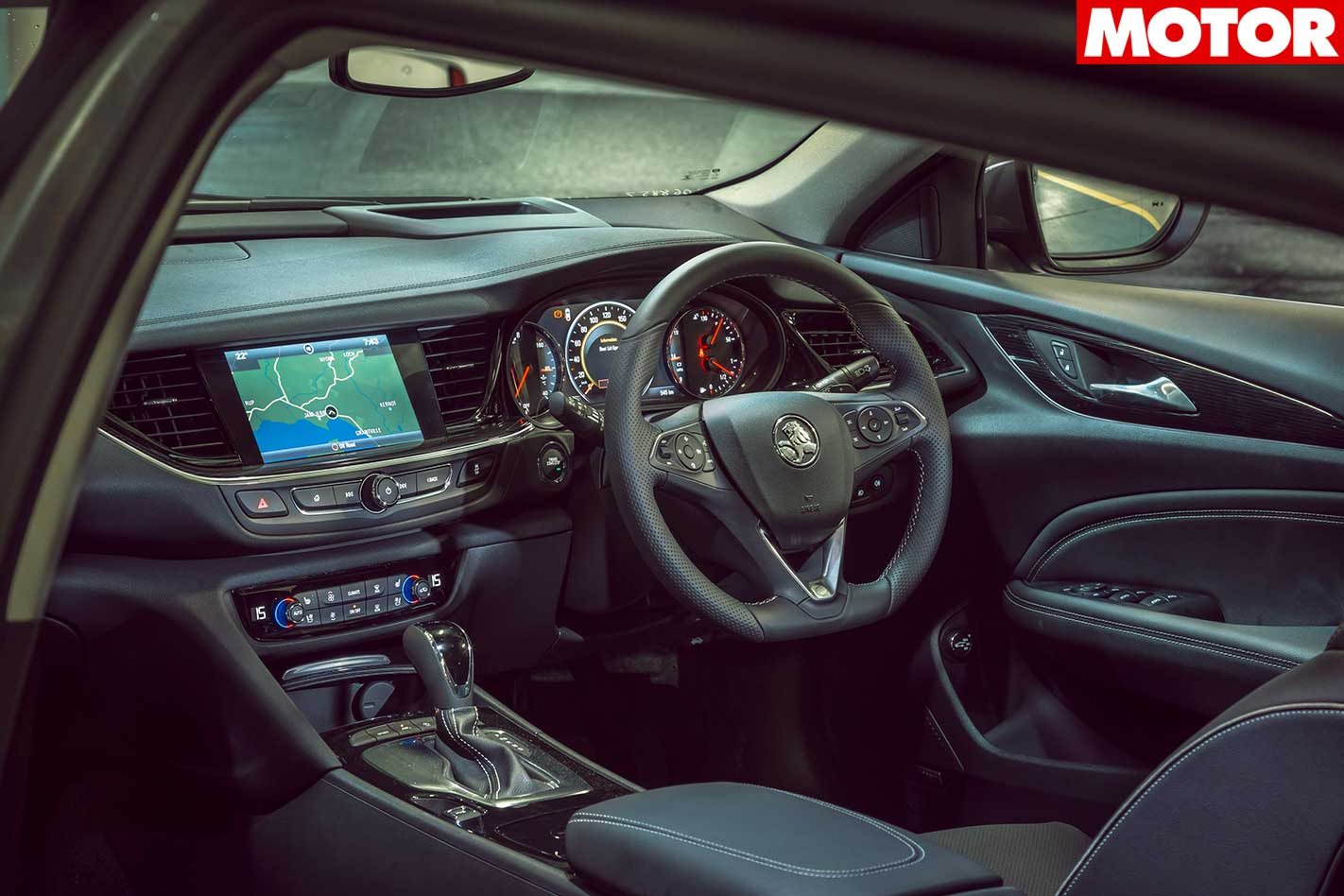 So, it’s not particularly sharp or fast, but once you’re approaching 100km/h it can still be enjoyable down a winding road.

Or, as we found during testing, a gravel road. Our intended route was blocked by a force of nature (we think a branch fell off a tree), so we took the detour suggested by an officer in a VF wagon.

It became clear that the suspension had indeed been tuned to suit Australian conditions, as the only noticeable detriment to its ride along a somewhat smooth gravel track was the fact it rides on 20-inch wheels.

The AWD also made getting along with the loose surface quite easy in Sport mode, which adjusts the system and engine response for more spirited driving. So that’s a tick for dealing with Aussie conditions. 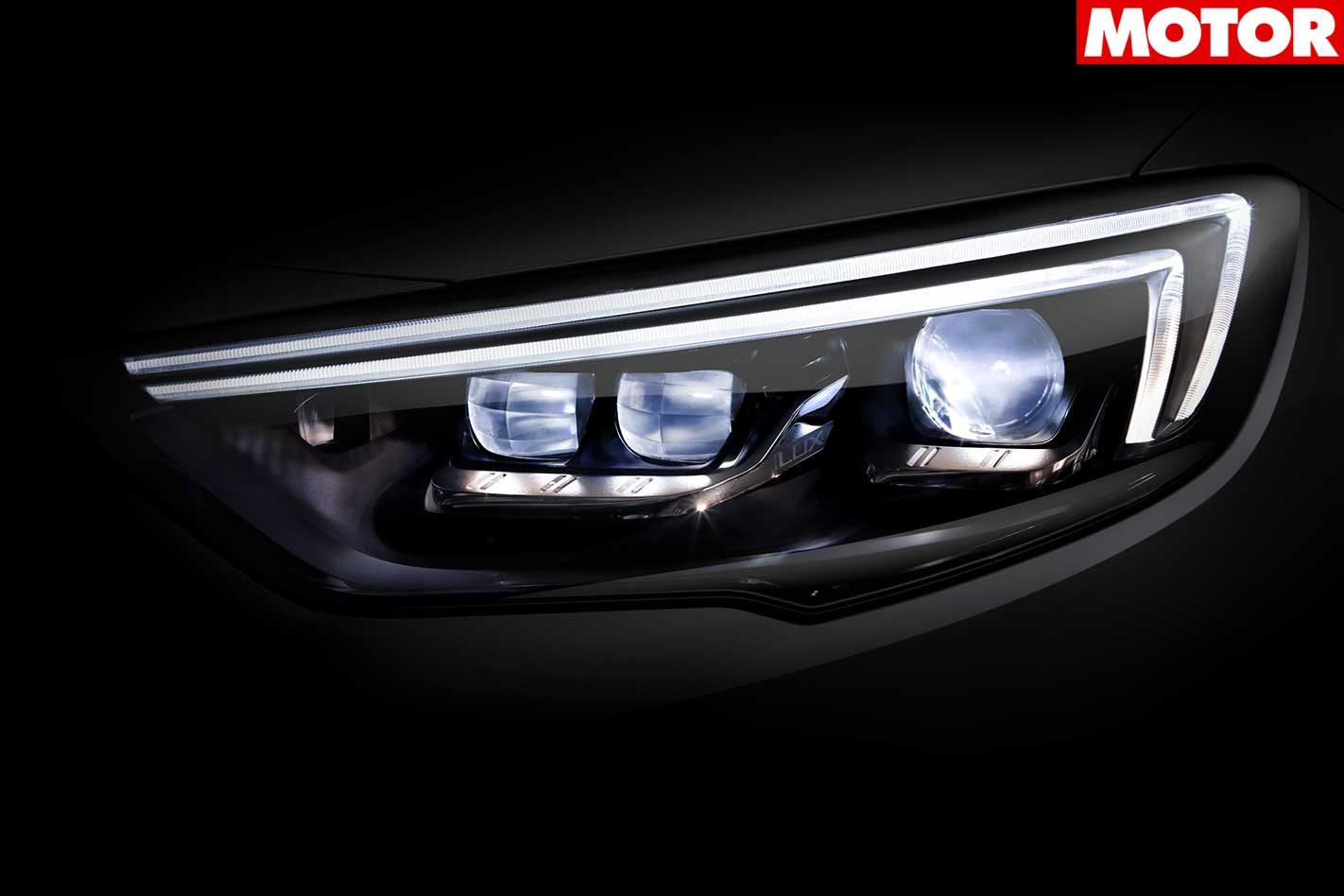 Back on a proper road, and the chassis and suspension were again impressive, the ride and steering being firm enough to read the road, but not so stiff that the car feels built to tackle said road.

It’s also wearing excellent Continental SportContact 6s, the same rubber found on the Civic Type R, our Performance Car of the Year, and just over 9.5-inches wide in this case.

The downside to all this grip is that it’s not as fun to drive as a VFII, even if the interior is a little easier on the eyes.

It’s still got the hard plastics and inexpensive materials as you’d expect, but it’s well styed and has features such as heated seats all around, while the fronts are also ventilated. 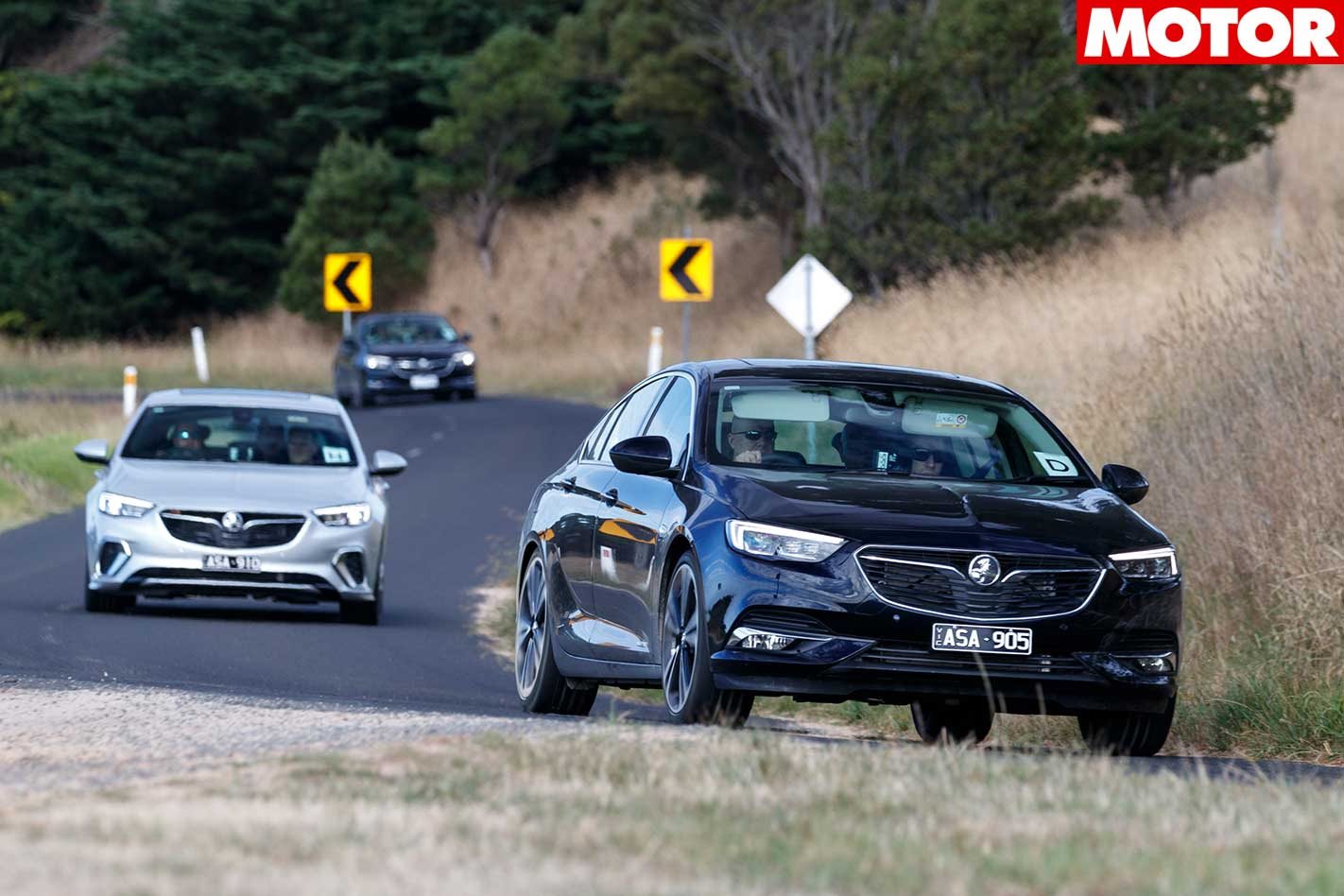 The infotainment system is also a little more polished, wireless phone charging is now a feature, and the Bose audio is excellent for drowning out what little road noise makes it into the cabin.

In the end, it comes down to the question of whether the Calais fills its brief. Is it a comfortable and relatively quick sedan? Yeah, we think so.

But while the Calais has a more polished chassis (and is cheaper) than a Stinger GT, we feel that’s still where the fun-seekers will be headed for a comfortable-but-fast family hauler. 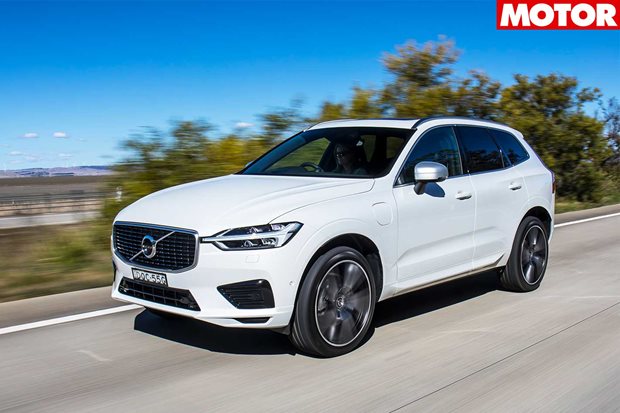 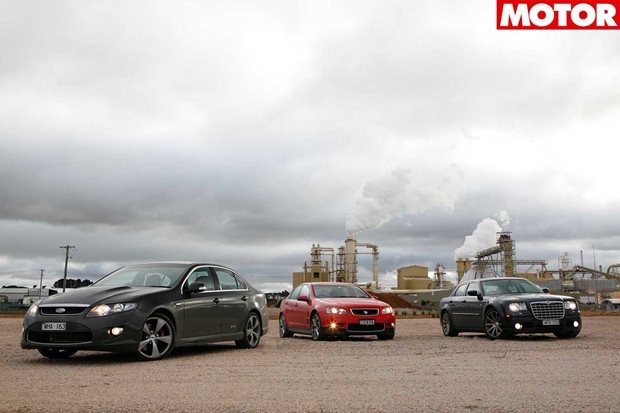 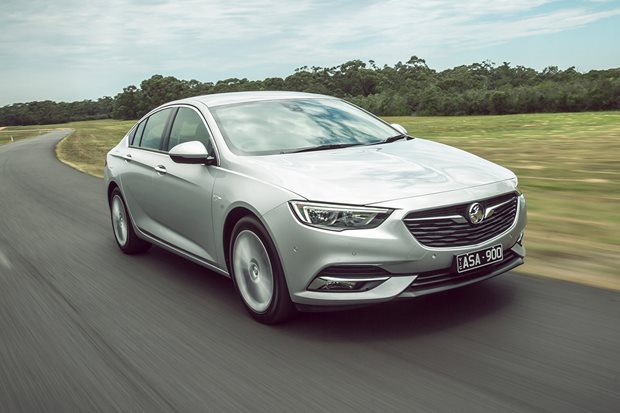 The Commodore undergoes a paradigm shift with the new-generation, European-built ZB range 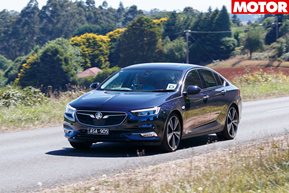