The MU-X is Isuzu’s large SUV. It shares its drivetrain and platform underpinnings with the D-Max ute, though MU-X is aimed squarely at the adventurous family unit. 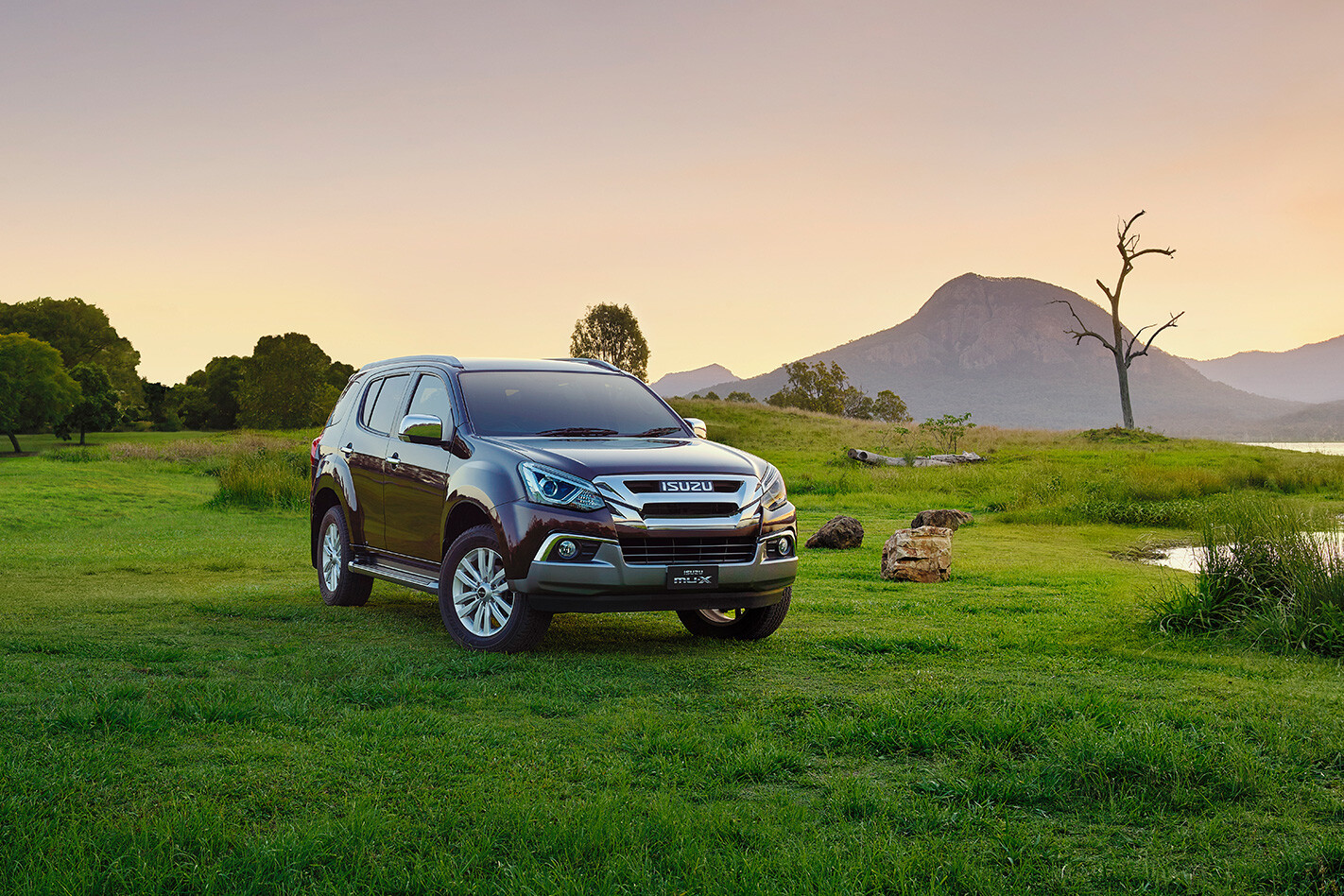 Since its introduction in 2013 the MU-X has been a relatively stable seller in the large SUV market. Isuzu has been listening to recent customer feedback and implemented small tweaks for 2018 that add cabin comfort.

ISUZU’S second model after the popular D-Max ute has been updated for 2018, but there is a baby elephant in the room. While its tray-back sibling receives a significant and much-needed suspension change for 2018, the MU-X has been treated to, well, not much really.

The MU-X receives no mechanical updates, no exterior tweaks (save two new colour choices), and only minor interior enhancements, including a greater use of soft-touch plastics and more attractive and comfortable perforated leather upholstery throughout. There are now dual USB ports in the first and second rows, while the flagship LS-T gains a DVD player and screen for rear occupants. 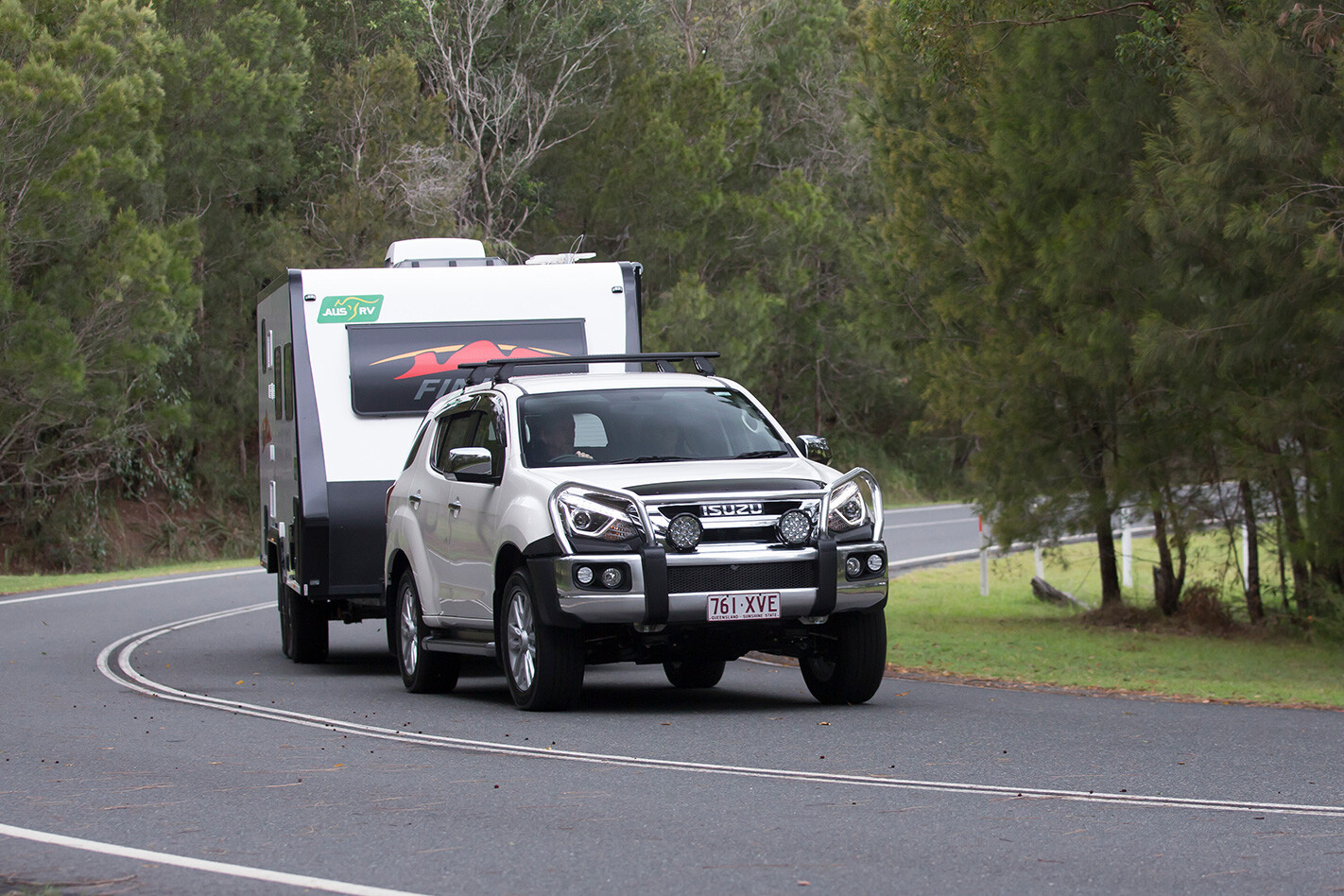 It’s not a huge overhaul, but don’t fret, because the MU-X can haul that elephant from the living room to the great outdoors thanks to its class leading 3000kg towing capability. It’s that claim to fame, along with its off-road prowess in 4WD guise that makes the MU-X an interesting alternative to other ute-based SUVs like the Ford Everest and Toyota Fortuner. Isuzu hasn’t undone what was already a capable, honest, and family-friendly SUV.

Each MU-X trim grade (LS-M, LS-U, and LS-T) is available in either 4x4 or 4x2 configuration, and all are equipped with third row seating for a total of seven. The third row is roomy as well, with enough space for an adult on a short trip. MU-X is built on the same platform as the D-Max ute – also shared with the Holden Colorado (and by extension the Trailblazer) – and powered by a 3.0-litre four-cylinder common-rail turbo-diesel engine.

The oiler comes from Isuzu’s commercial truck range, has 130kW and 430Nm on tap, and is a large part of the MU-X’s effectiveness. It lacks bragging rights in terms of outright grunt compared to rivals, but is by no means inadequate. A six-speed automatic transmission is available in all models. A six-speed manual is also offered for LS-M and mid-spec LS-U trim levels in 4x4 configuration.

Peak torque is available from 2000rpm and that low down strength makes the MU-X a capable tow vehicle, which we tested on an undulating road course with a 1900kg caravan hitched to the back. Ample twist from the engine means the auto ‘box doesn’t hunt excessively under acceleration for shorter ratios, and keeps the engine feeling under-stressed. Trailer sway control, added with the 2018 update, offers further peace of mind when towing.

Hill decent control is also standard, and useful for those who want to set up camp off the beaten track. Though, while 4x4 models get low-range gearing, MU-X lacks a diff-lock. That said, it is unfazed by off-road trails. Climbing and descending rugged, rutted, and narrow dirt courses drew no complaints.

MU-X rides on different suspension to its ute sibling, with coils at the rear replacing the D-Max's leaf springs. This affords the SUV a ride that's better suited to carrying passengers than hauling a big payload. It isn't quite as refined or comfortable as SUVs built on a uni-body chassis, but it does well to support the car's weight and remain composed on the road while still being tough enough to sustain that mega towing capacity.

The cabin offers decent legroom and ample storage, though a lack of active safety features in the MY18 update is disappointing, especially for such a family focused car. Similarly, the omission of smartphone mirroring in the form of Apple CarPlay and Android Auto ages the MU-X’s digital skillset compared to rivals. This segment is not immune to increasing consumer demand for high-tech safety and infotainment. 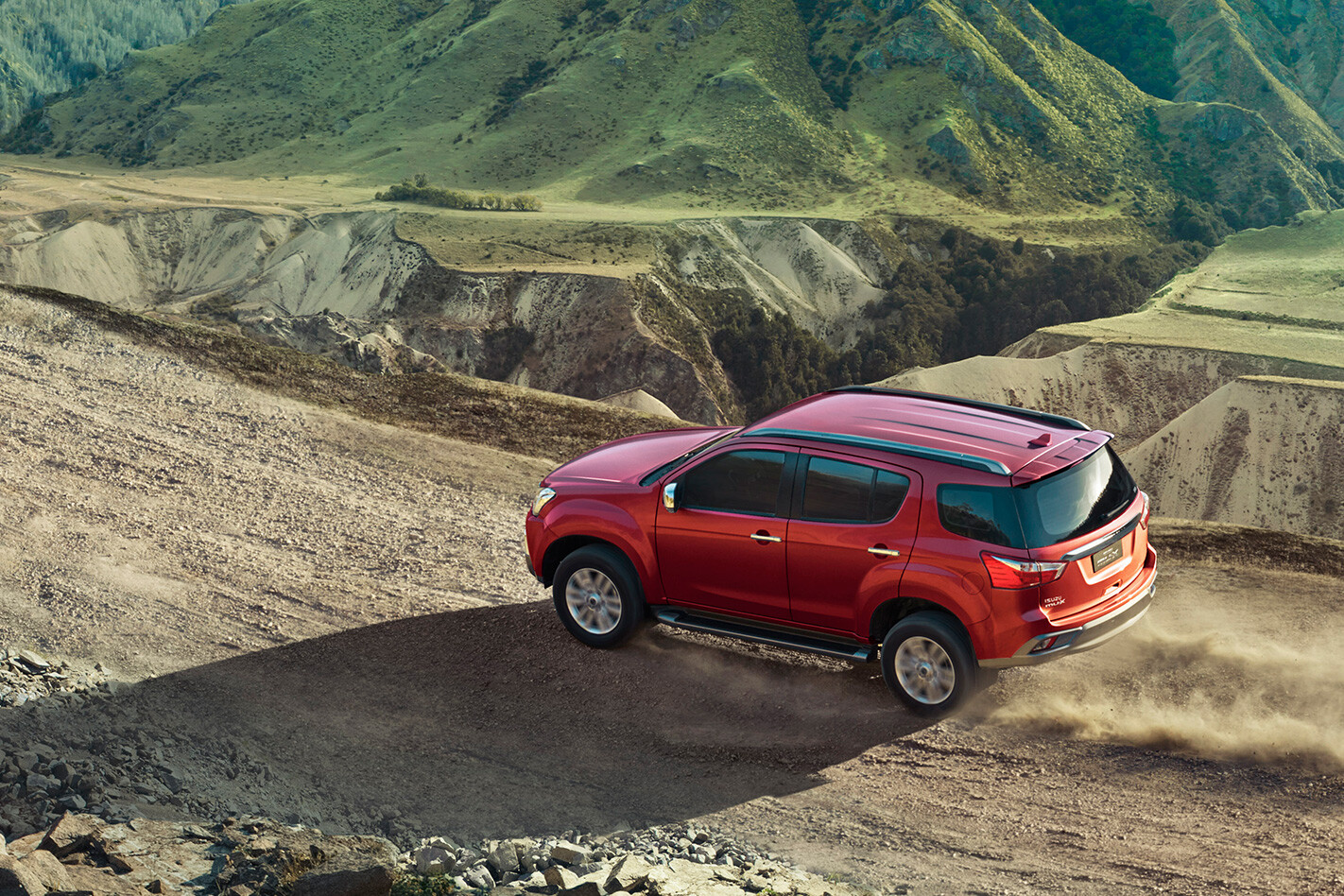 However, the MU-X remains a proficient, affordable proposition for clans looking to escape the city, whether they’re lugging a boat or caravan, or simply dragging the desire to tackle some trails. Isuzu’s reputation for reliability has been hard-earned, and while the MU-X sacrifices some car-like manners for its go-anywhere credentials, it does well to keep all family members catered for.