Looking back, anyone would say it'd be silly to inject 522kW and 868Nm into a Jeep Grand Cherokee.

They'd repeat their disgust at why something with a roll-centre higher than a Labrador would be encouraged to unleash that around a racetrack. But that was the exact brief for Jeep’s new Trackhawk. And the result actually makes physics look like the silly one.

A handful of laps at Phillip Island were enough to confirm the Trackhawk as brutal in a straight line and capable at the fast, flowing circuit. Yes, this 2.43 tonne behemoth can corner hard. Without rolling over. 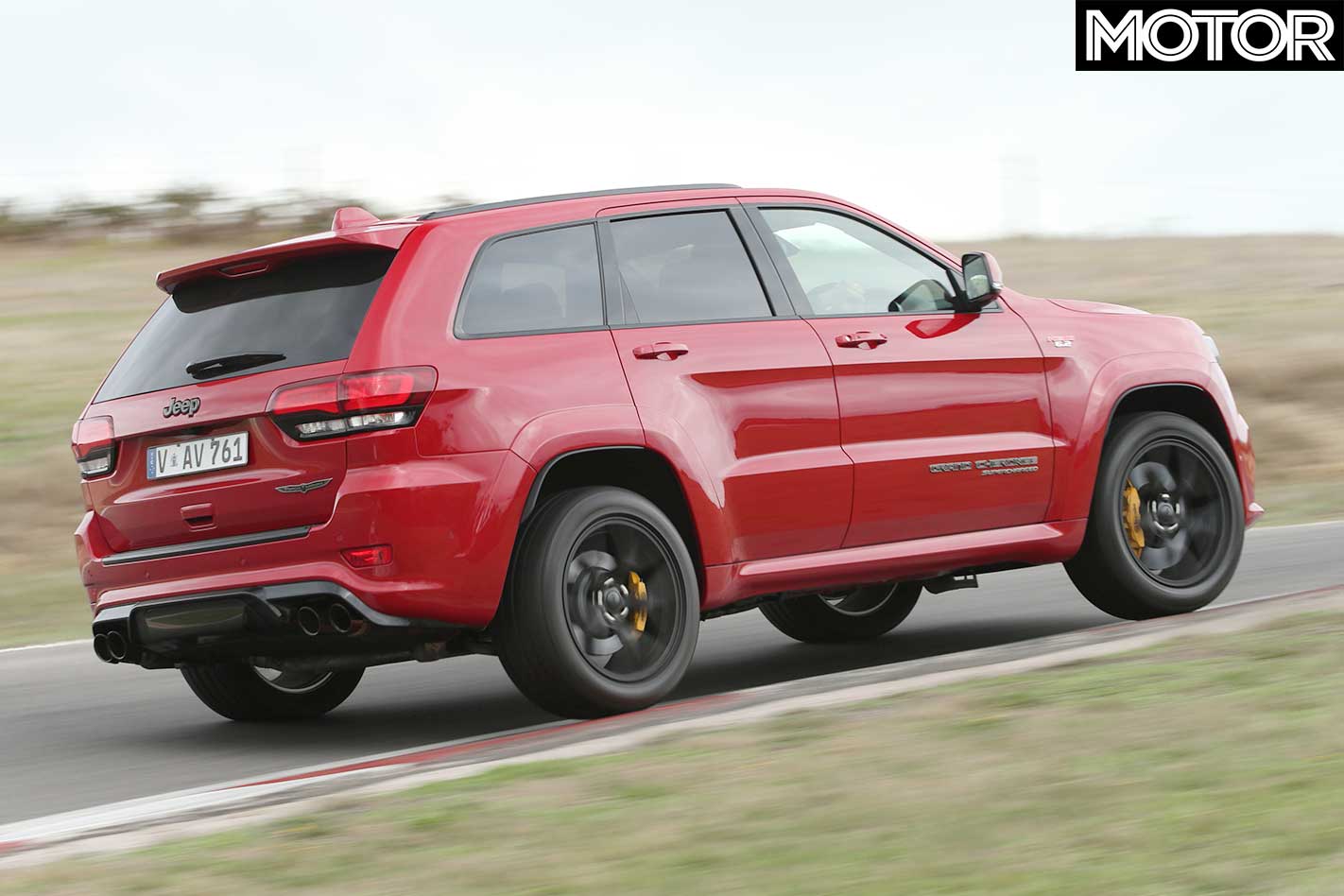 The press launch ended up as an endurance test of sorts for the Trackhawk’s intimidating specification. A school of Australian and New Zealand motoring journos shared just two cars, with a launch-control demo first introducing us to its supercharged V8, before pace-guided laps let us reach its outer limits of grip.

Naturally, boosting a 6.2-litre V8 is going to unlock a lot of power. But 522kW and 868Nm is an other-worldly achievement. On top of being 48kW and 53Nm more than HSV could wring from the LS9 in its GTSR W1, it’s also the most powerful V8 (or SUV) on sale.

To generate that much grunt, Jeep pinched the Dodge Challenger Hellcat’s 6.2-litre Hemi V8. It's a heavily re-engineered version of the GC SRT’s ‘apache’ 6.4-litre. It features a forged steel crankshaft that cuts stroke measurements by 4.5mm. While forged alloy pistons drop its compression ratio to 9.5:1 and ready it for a 2.4-litre twin-screw supercharger to supply 11.6psi of boost. 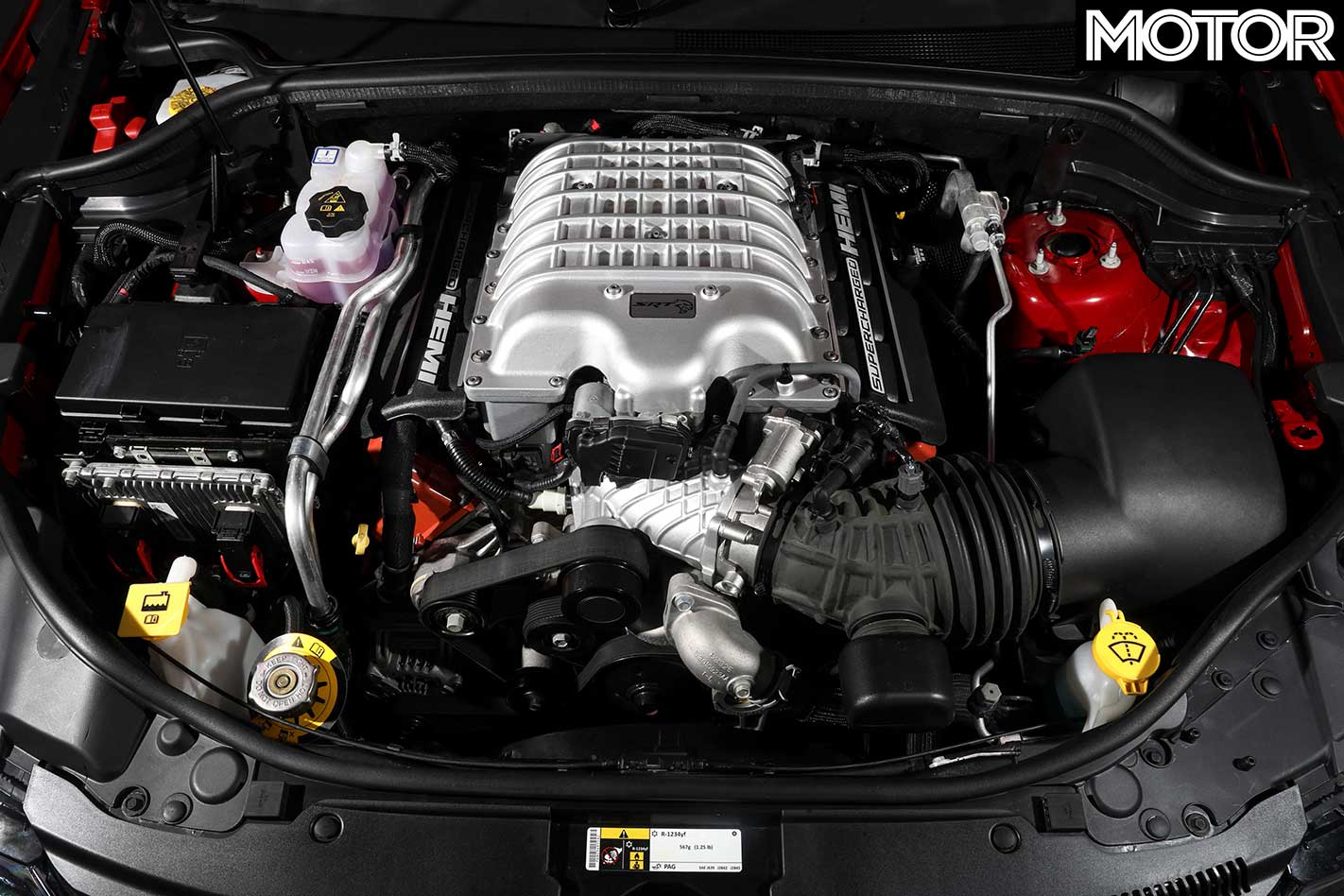 With that power channelled through a beefed all-wheel drive system Jeep claims the Trackhawk claws itself to 100km/h in 3.7 seconds. It certainly feels like it can, too. Launch control is easy to use – if you can stall the torque converter with 1200psi of brake pressure – and when you let go… brace yourself.

Pointed slightly downhill on the circuit’s straight, the Trackhawk lifts on its rear haunches like a startled grizzly. As it accelerates it produces more G-force than sports cars can generate in corners. The on-board Performance Pages App, which can track everything from your reaction times to oil pressure, said we hit 100km/h from rest in 3.6sec (sans roll-out). Then in 3.9sec without launch control.

It’s as if SRT engineers strengthened the drivetrain to withstand bomb raids, too, in how the Trackhawk can cop launch after launch. Only during repeated emergency braking did downsides to such power surface. Brembo calipers clamp down on pizza-sized steel discs, but the rate of deceleration never quite matches the force you need to feed through the brakes. 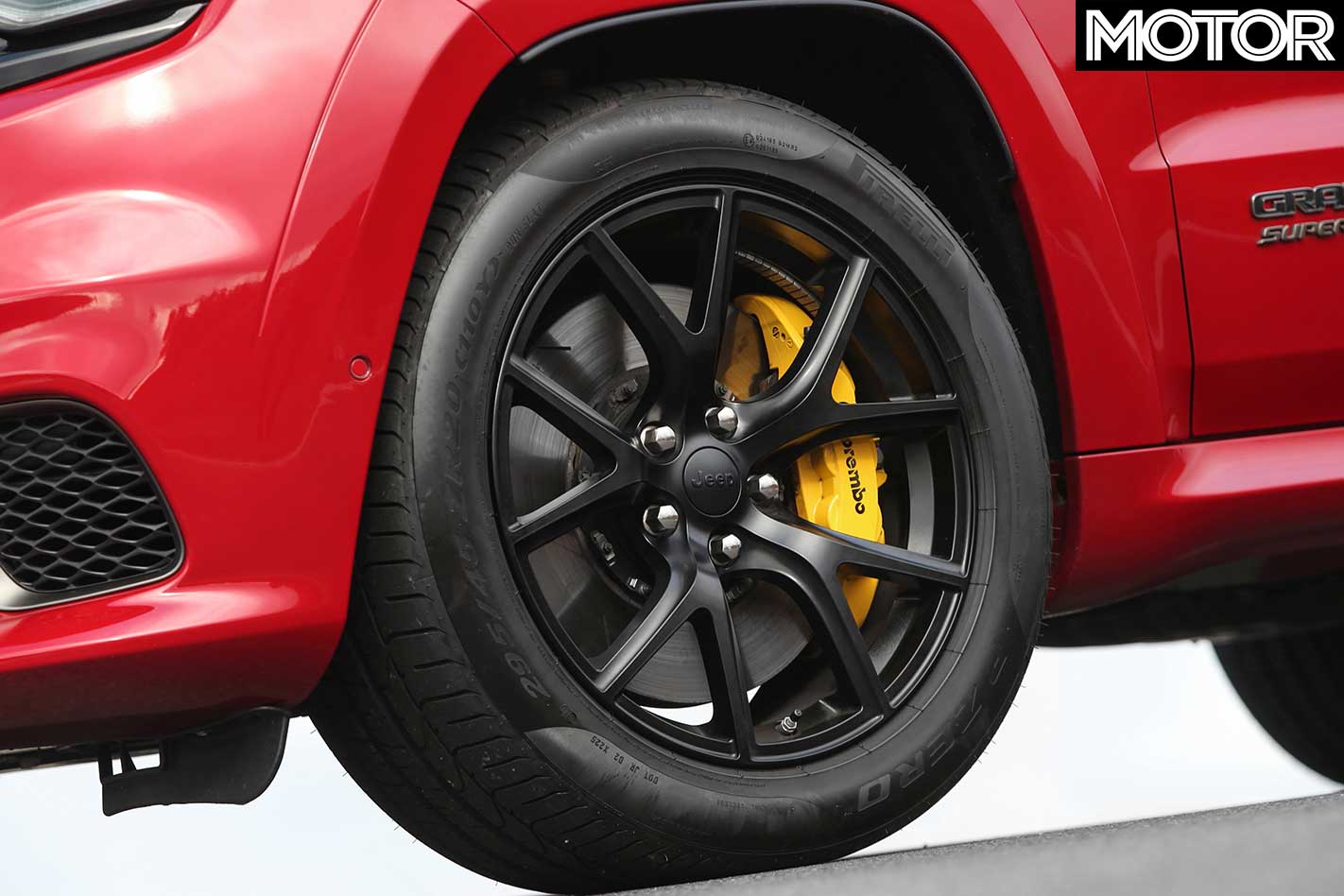 They do a valiant job reining in such bulk, but soft front-to-rear body control lets the Jeep bury its nose during heavy braking. This can unsettle the rear, made harder to manage by a pedal which gets longer and softer throughout the day.

Tested on the road and track with MOTOR reviews

As you’d expect, the Trackhawk’s handling is a mixed bag. Jeep’s stiffened the springs coiled around its adaptive dampers and fitted reinforced Pirelli P Zero run flats. They add the lateral stability to match the grip generated by those massive 295mm-wide tread patches. New 20-inch forged wheels feature, too, dropping 5kg per corner and improving its initial responses. 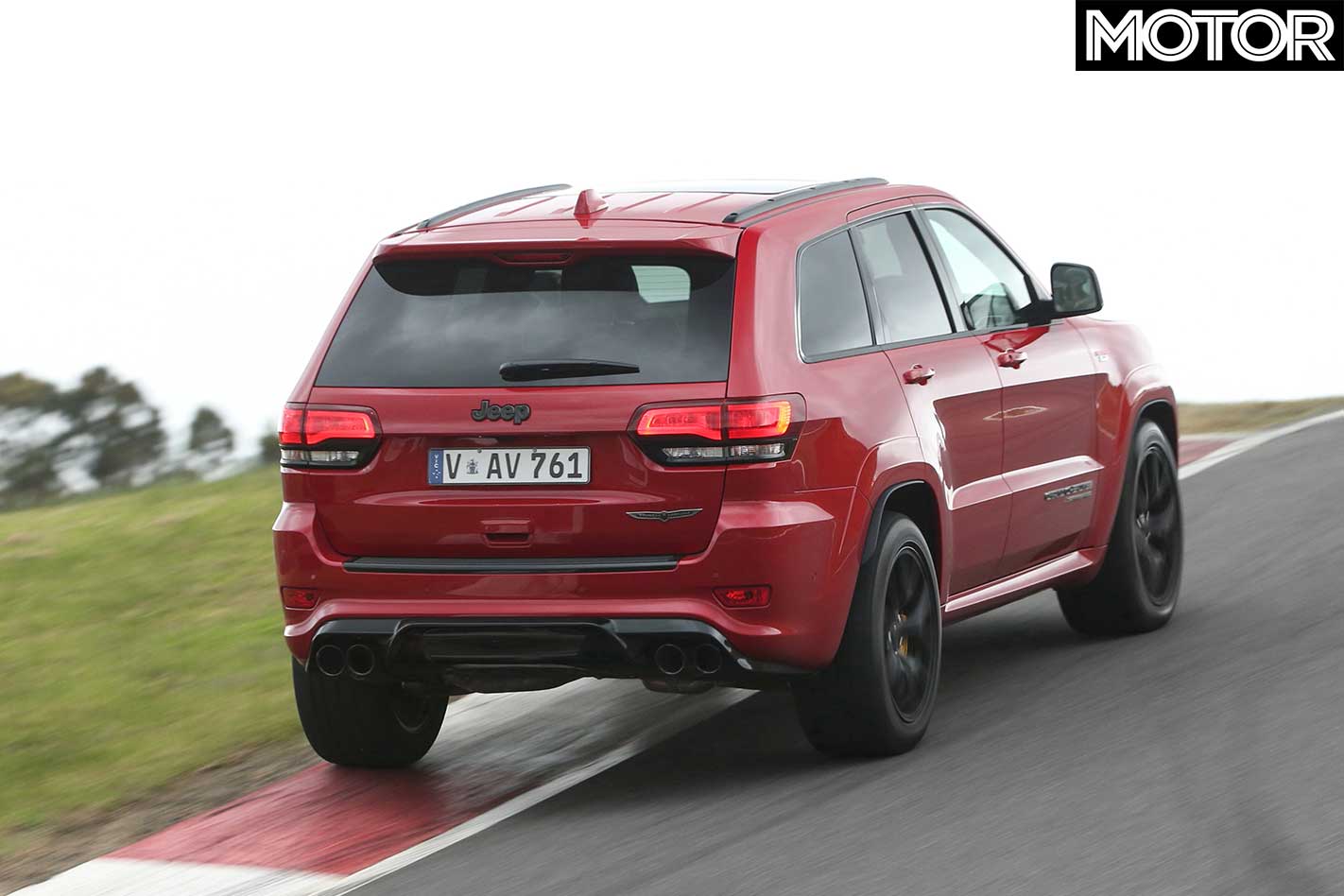 We reckon the Trackhawk could stay with most hot hatches on fast tracks like Phillip Island. But the electric steering is way too light and numb to feel involving or communicative. Extra squat and dive means it’ll push if you rush the throttle. So, perhaps thankfully, you can’t turn off ESP.

What it lacks for drifting it redeems in musical talent. The Trackhawk announces itself with a strong supercharger whine and leaves a furious, anti-social blare in its wake. It's terrifying and enchanting at the same time and throbs like a Merlin Spitfire engine. From the inside Jeep’s leather-padded interior keeps the noise at palatable levels except, thankfully, for the addictive ‘burp’ on upshifts.

There’s extra metal accents and a new 19-speaker Harmon Kardon audio system inside, but it remains unchanged for the most part. The $43,800 jump up from an SRT is all about that engine, which remains your sole option for driving a Hellcat engine in right-hook with a factory warranty. 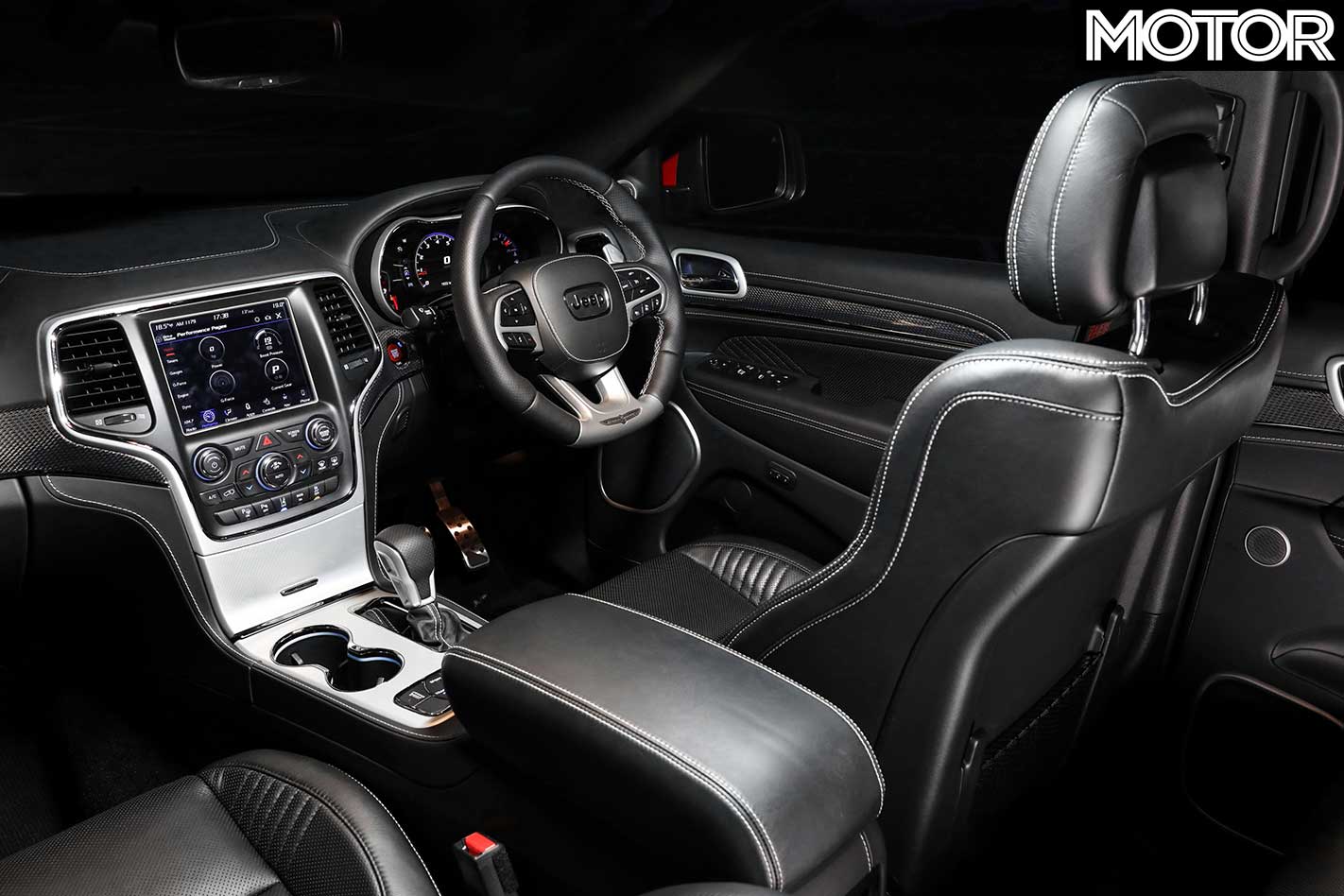 So, would we buy one? A track-tuned SUV with no claimed off-road ability is something rationalists will hate in principle. But that’s precisely what’s so appealing about this thing.

From its bullish looks to its hellish noise, the Trackhawk is clear about what it is: ostentatious, excessive, ridiculous.

It comes with a five-year warranty which Jeep will review under a ‘case-by-case’ basis in ten-tenth environments, but our short experience in the Trackhawk suggests that powertrain will outlast civilisation. We can’t say the same for its brake pads. 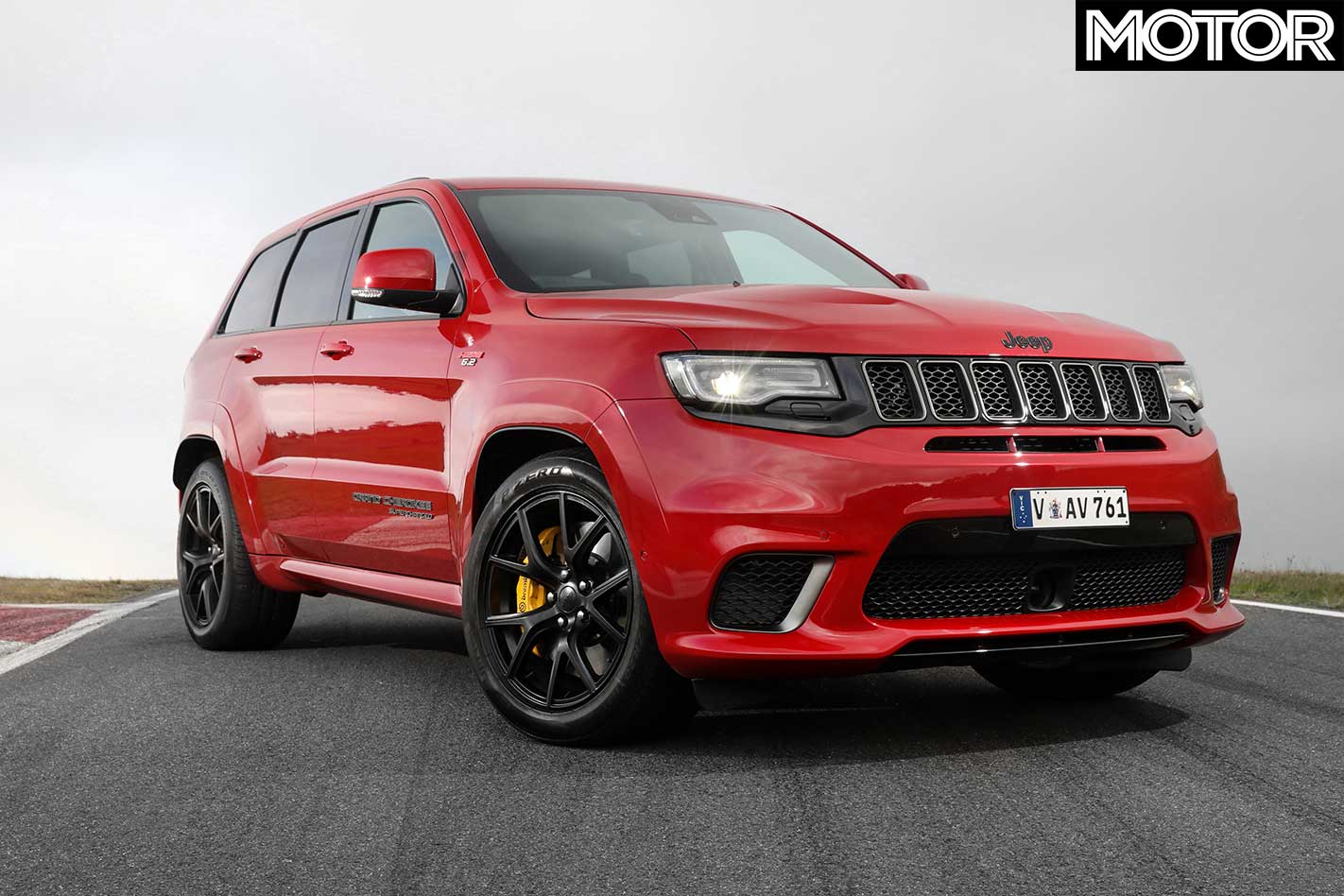 You can look past its lack of sophistication for a price tag like $134,900. With a powertrain that clearly makes no apology for widening the hole in the Ozone, it’ll confidently flog $190K European rivals on a drag strip and put up a good fight on a race track, too.

We'd take our initial delight with a pinch of salt, though. We haven't driven the Trackhawk nearly enough to have a firm idea on how it rides, know the true depths of its thirst, or learn that brute of an engine's daily manners. But we're surprised in how much we like the Grand Cherokee Trackhawk after such a short time.

Then again, this is a 522kW, ground shaking five seater that can outrun a Porsche 911. We must have been silly to have doubted it at all. 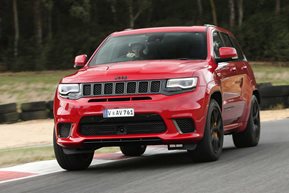 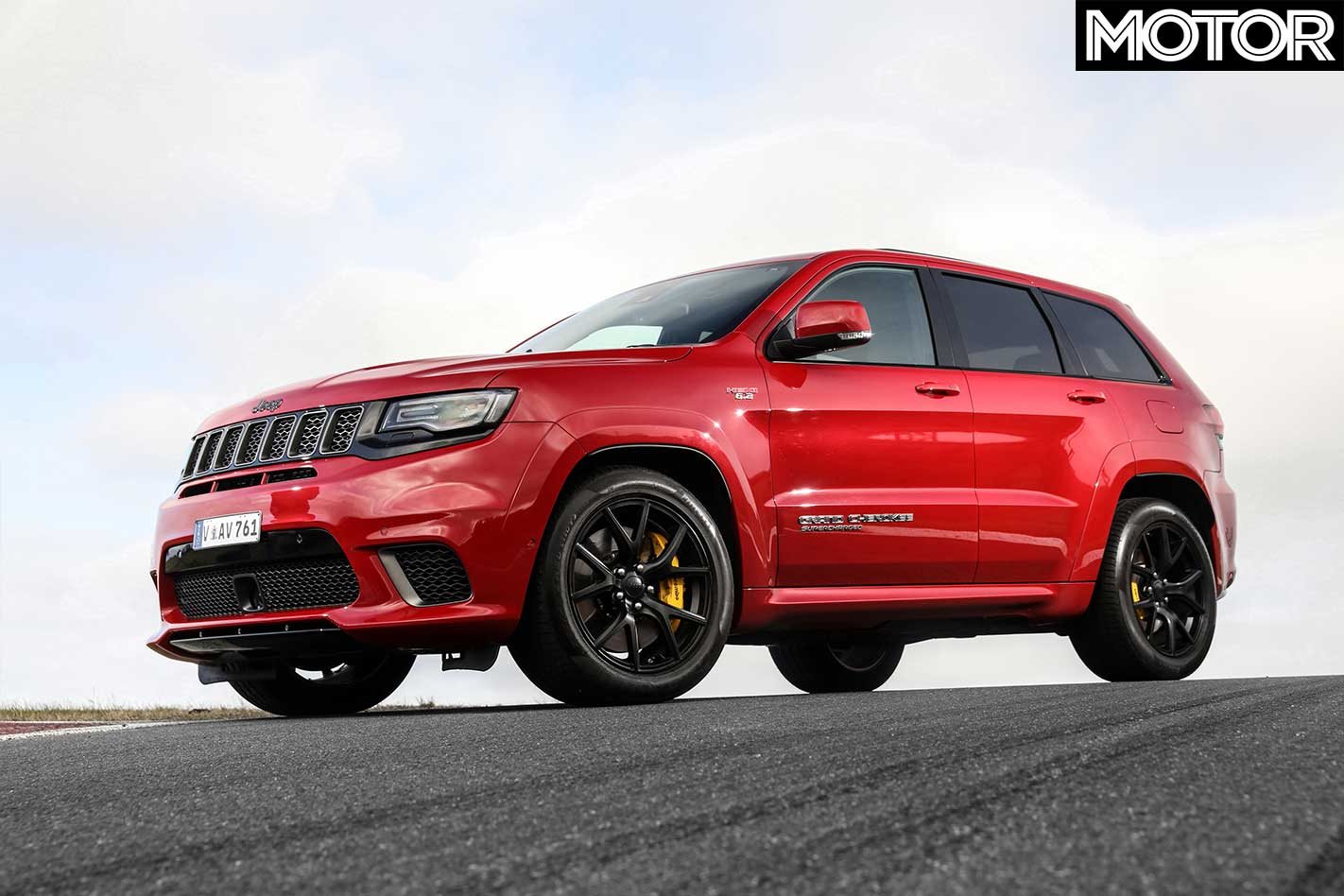 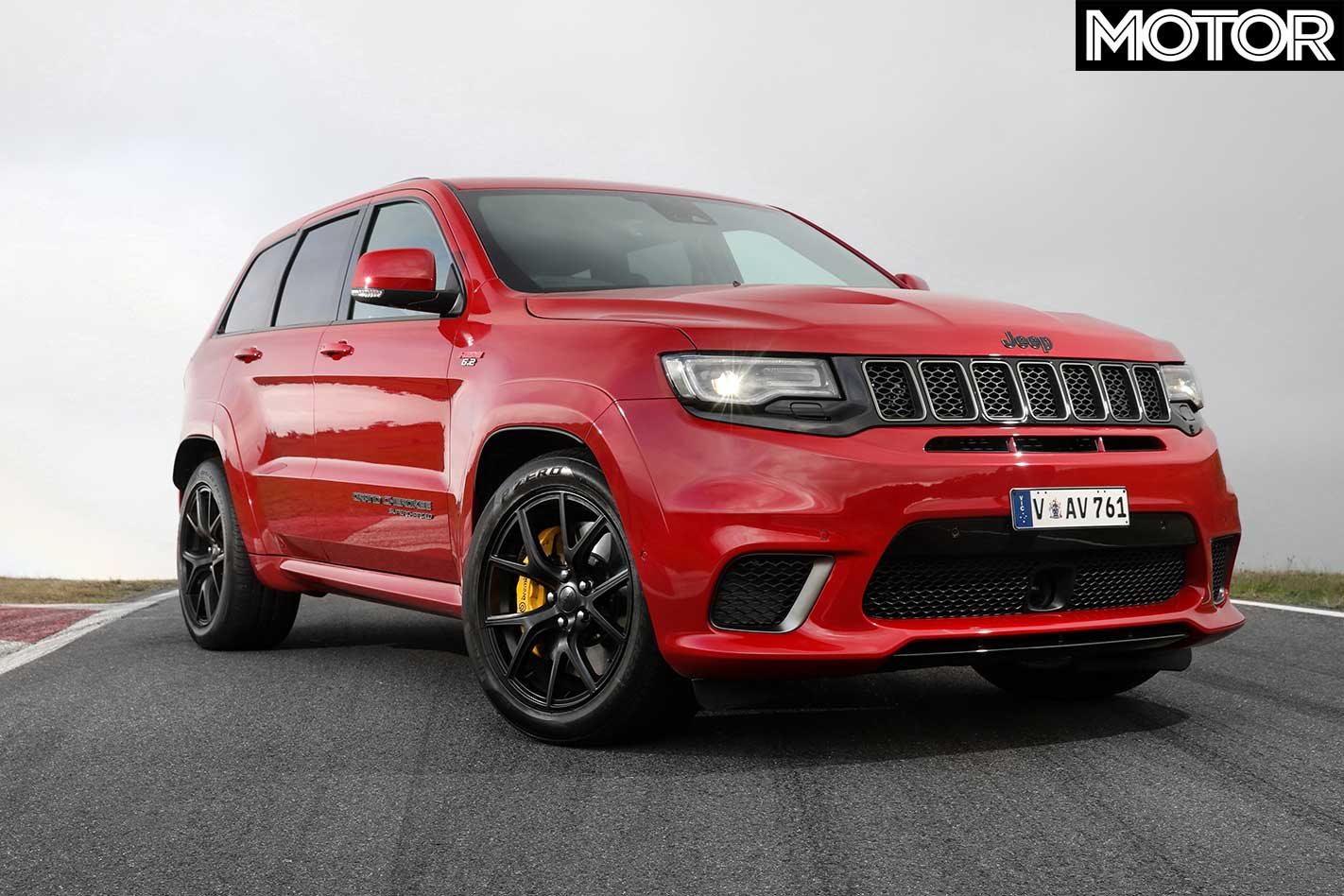 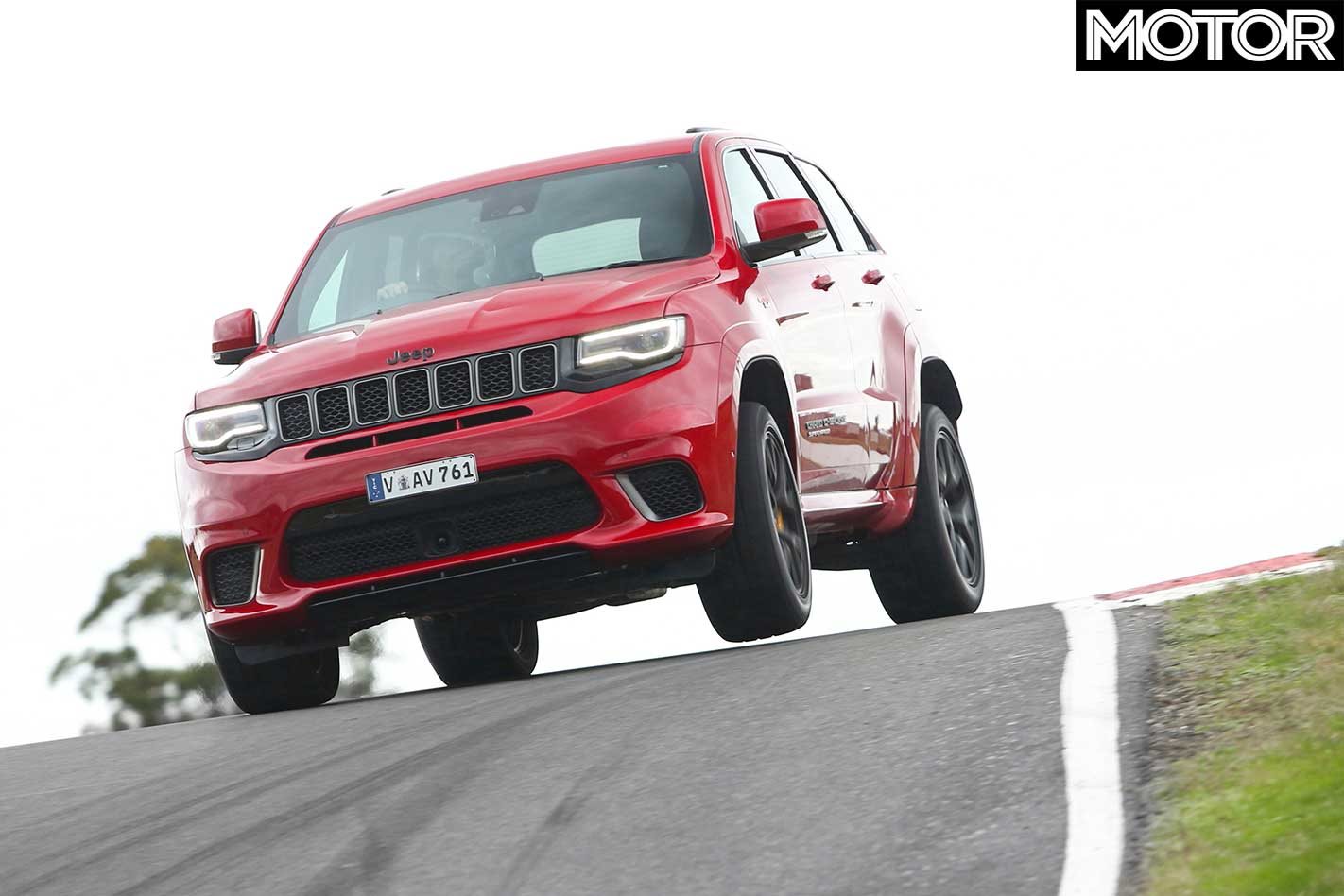 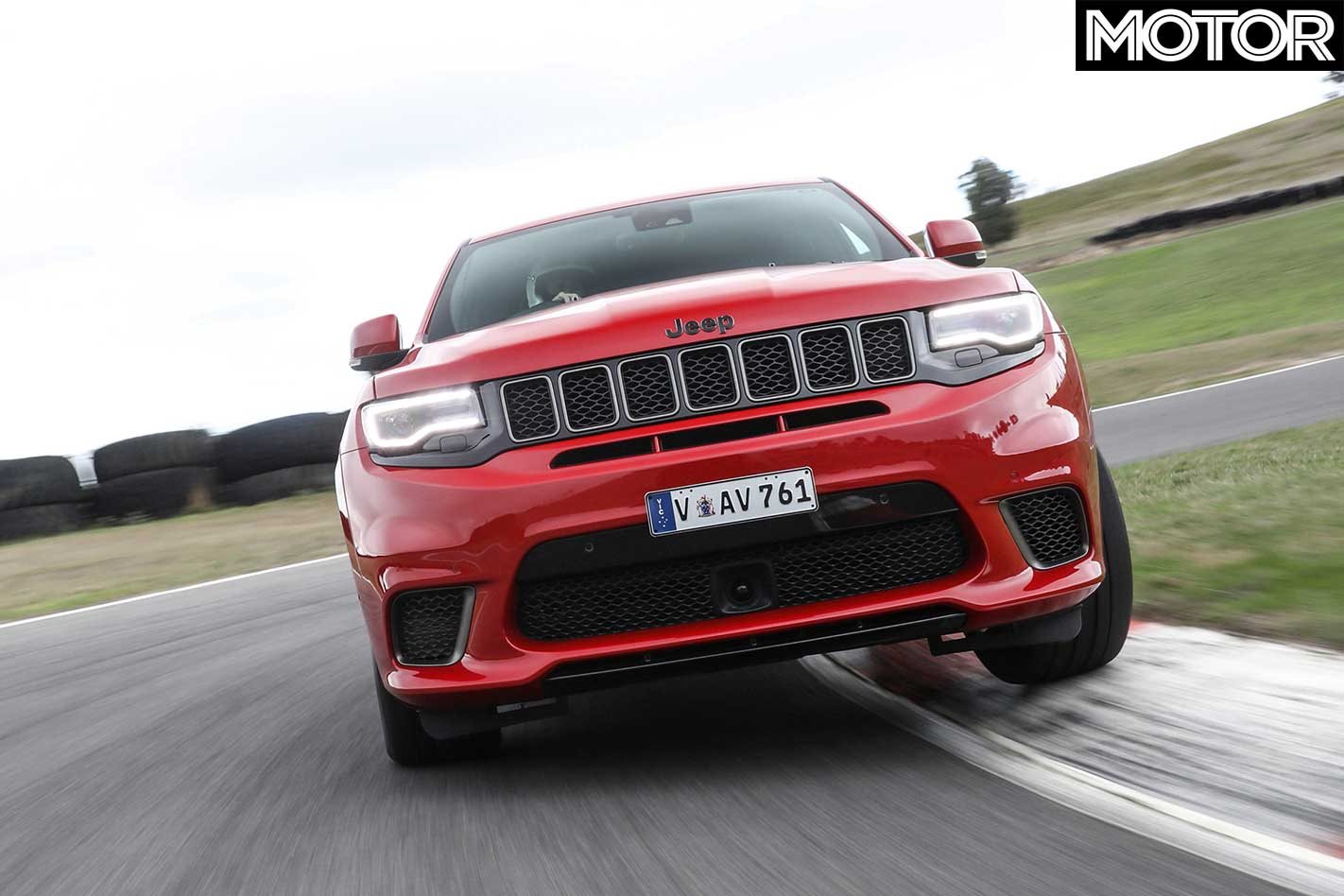 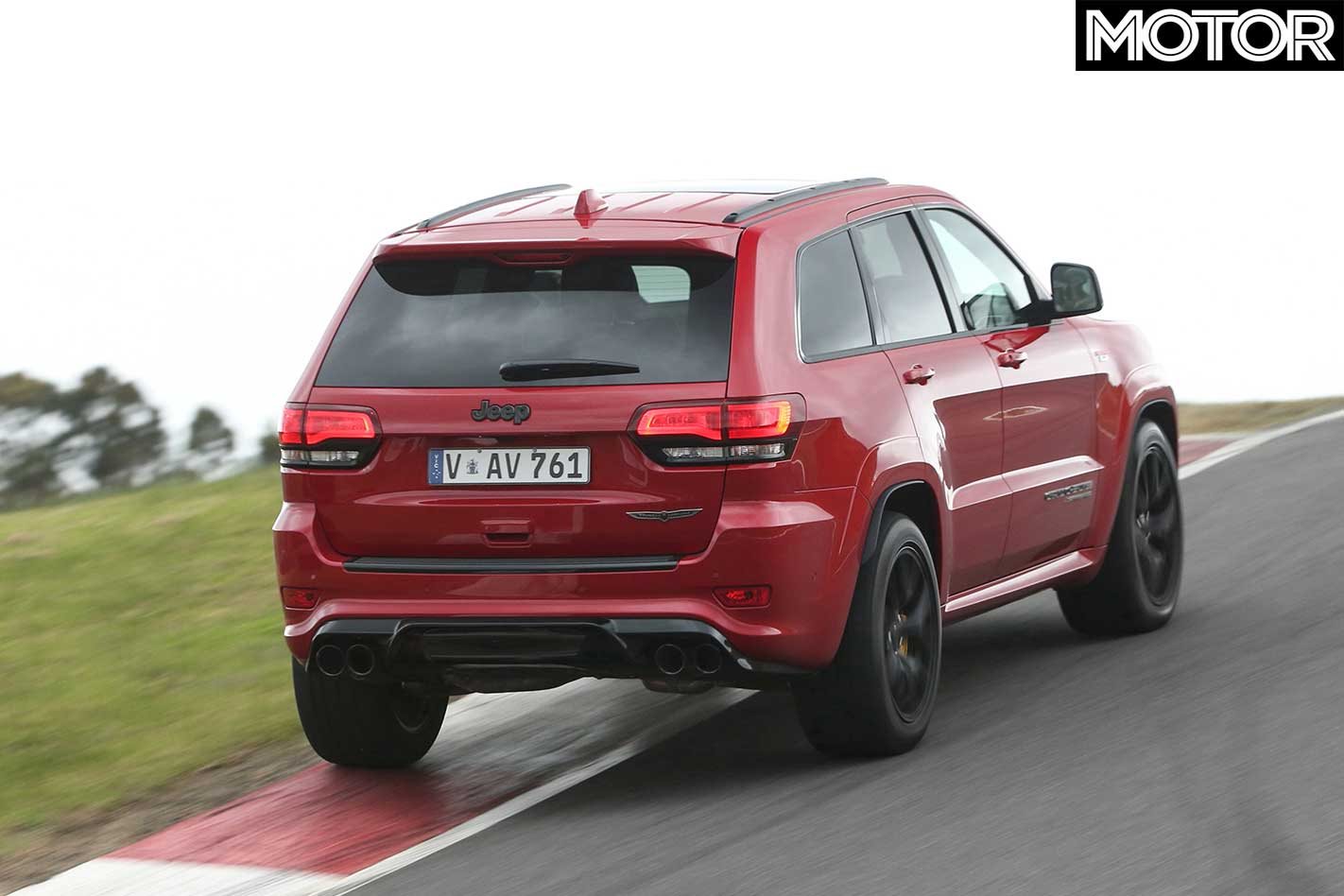 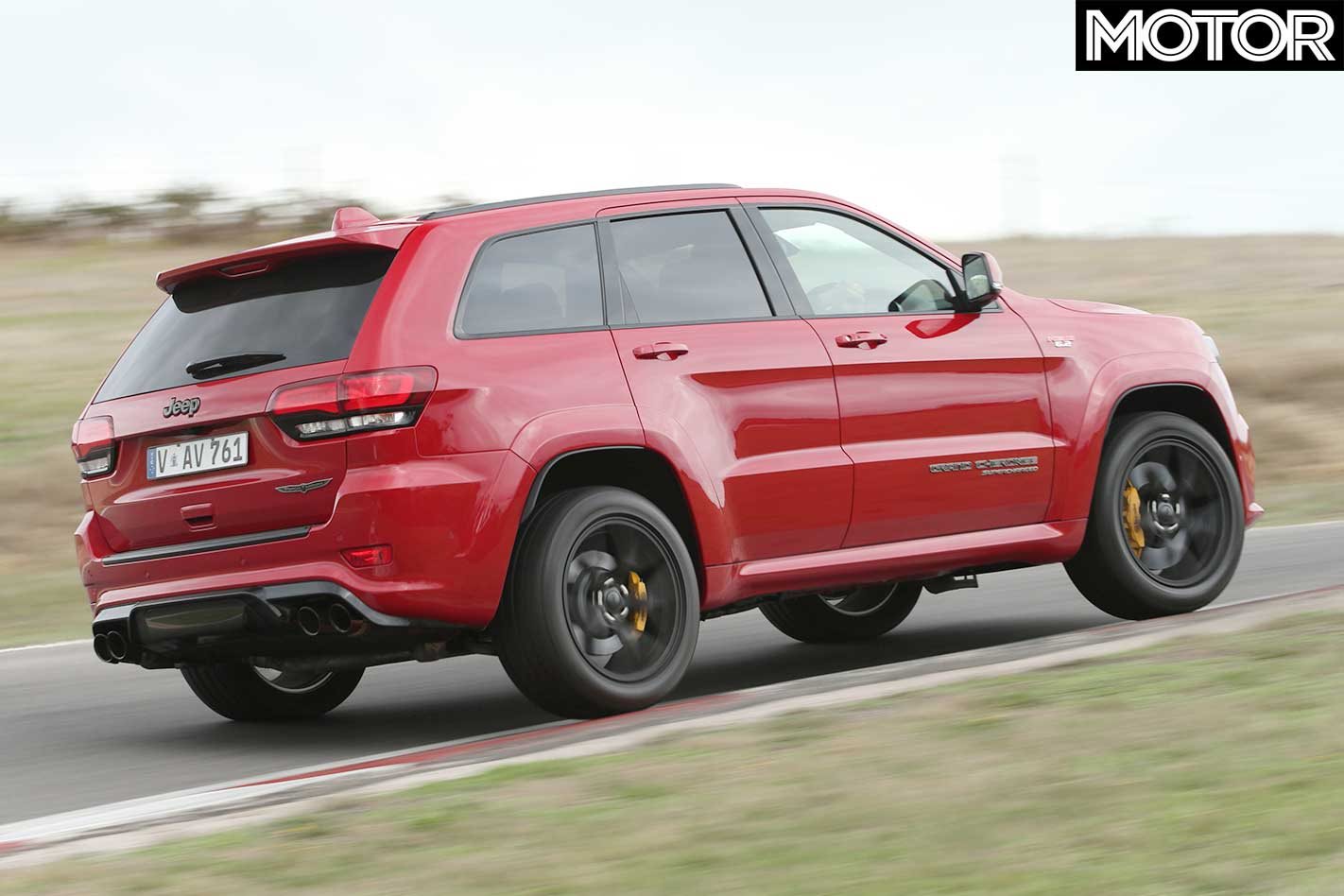 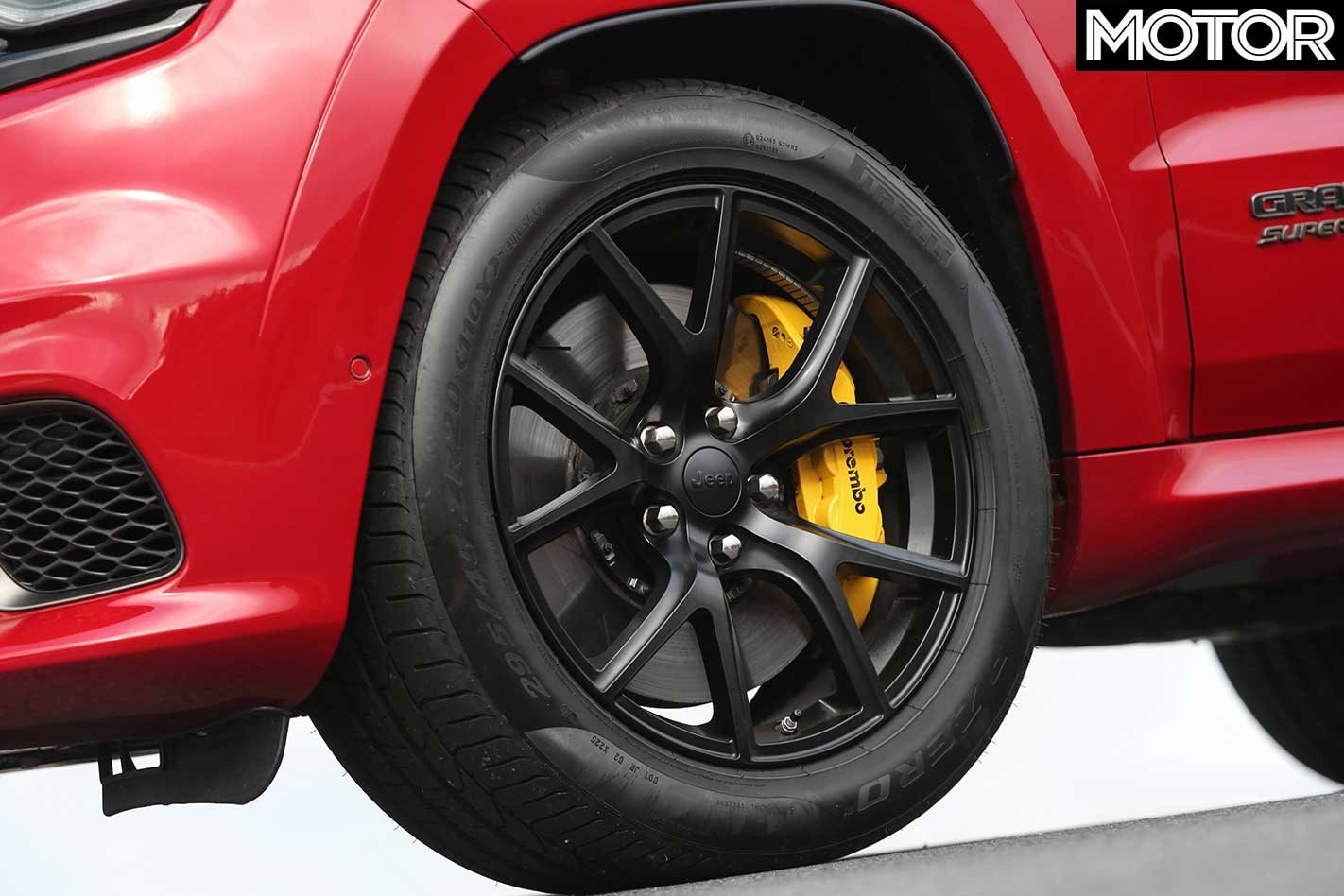 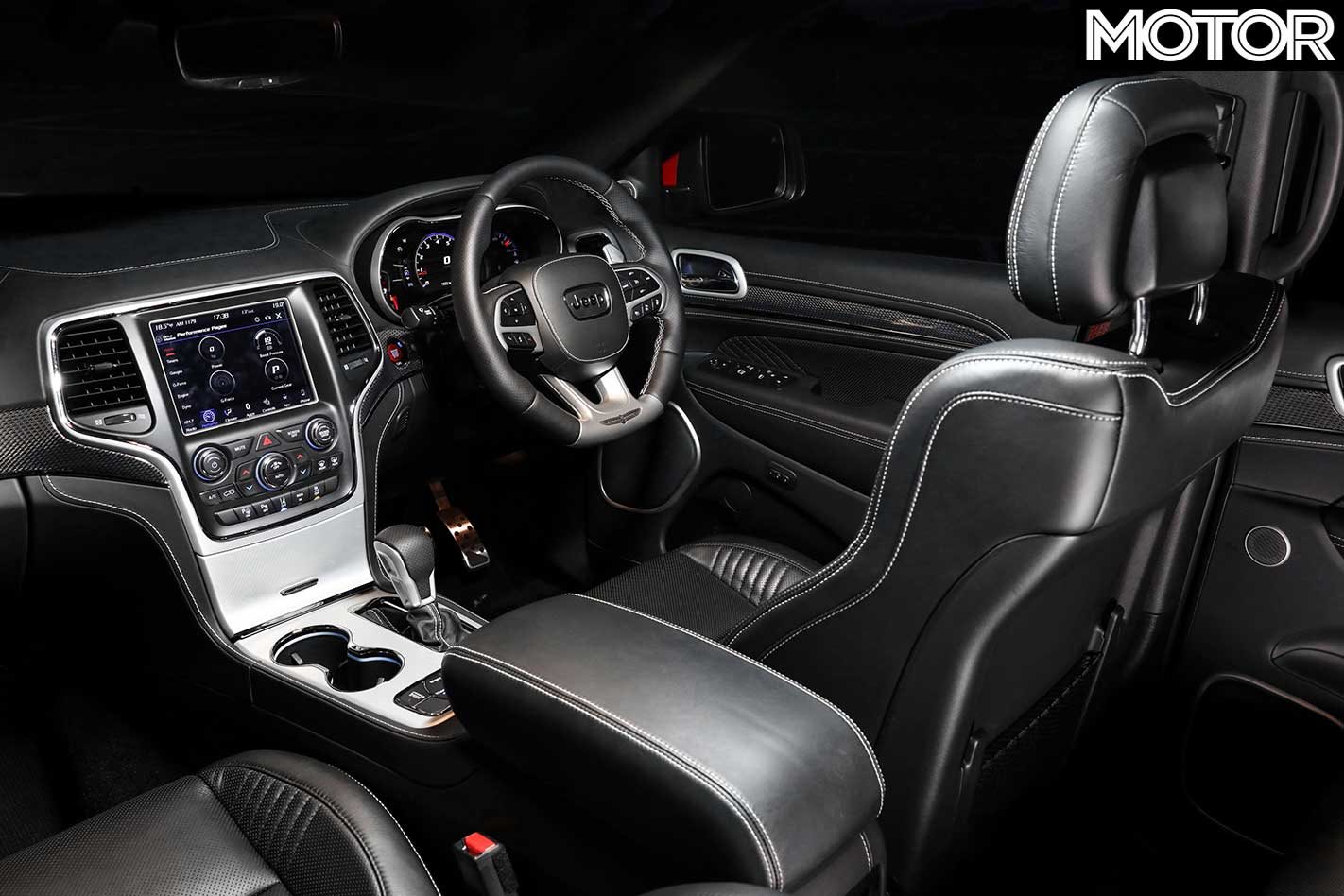 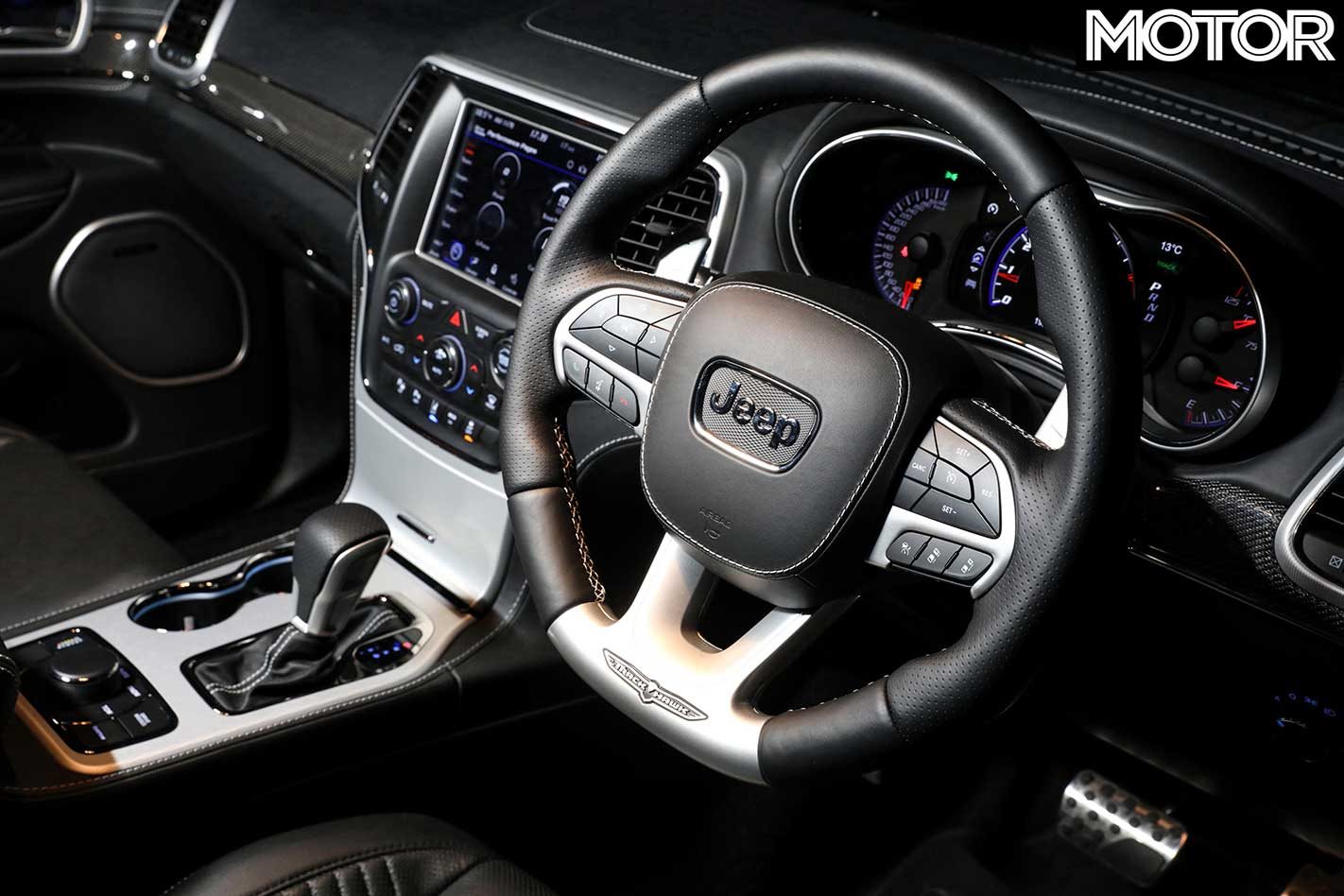 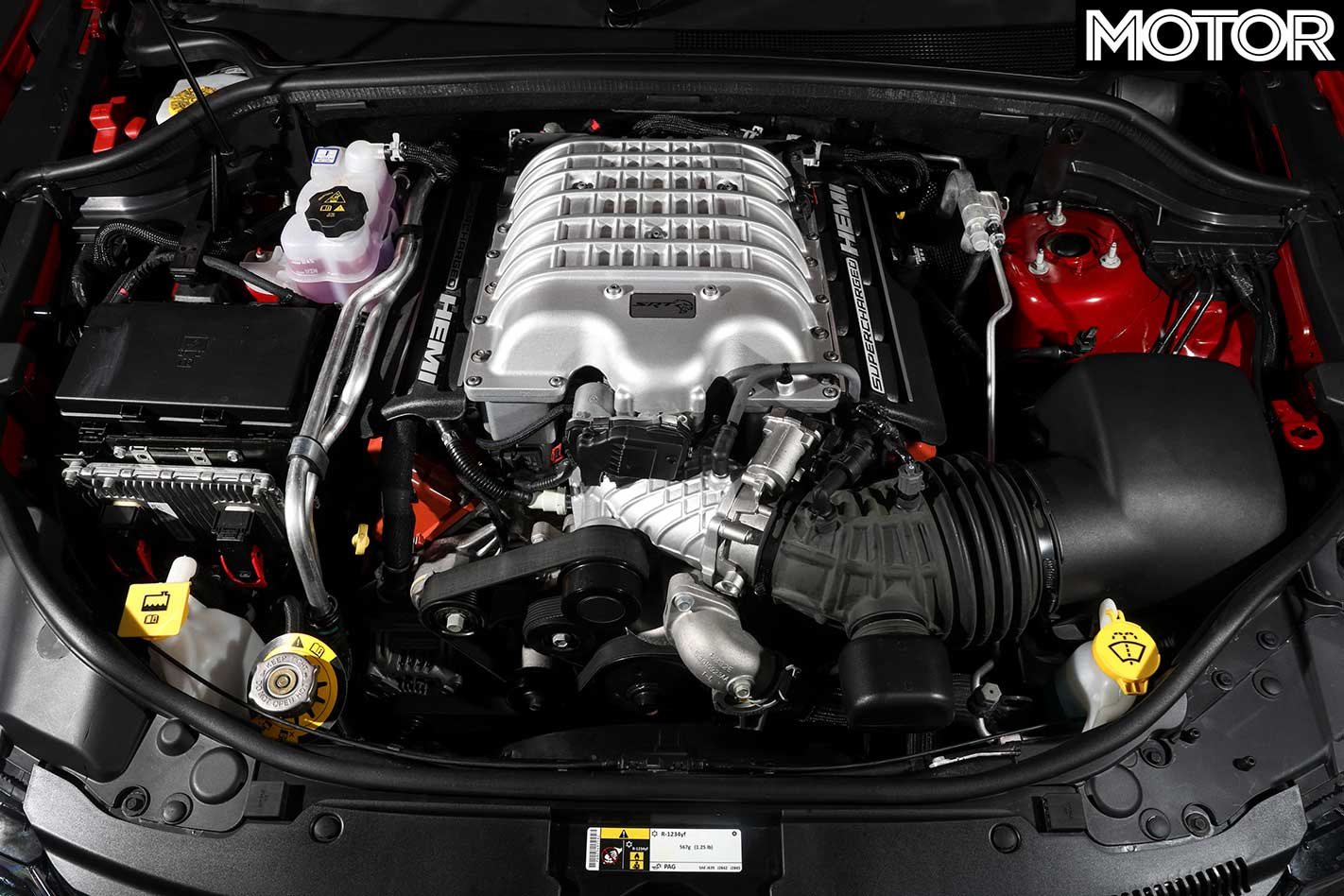 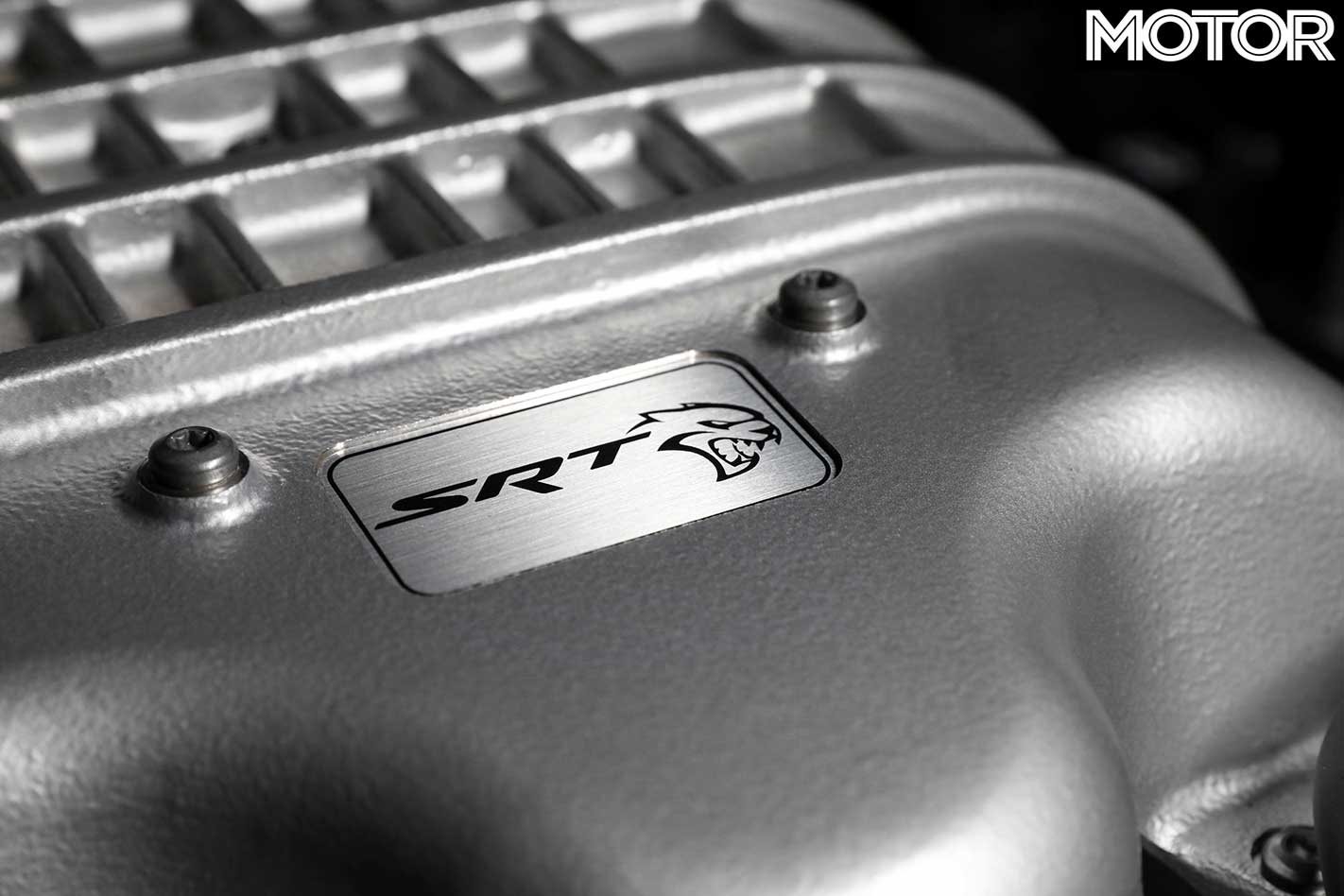 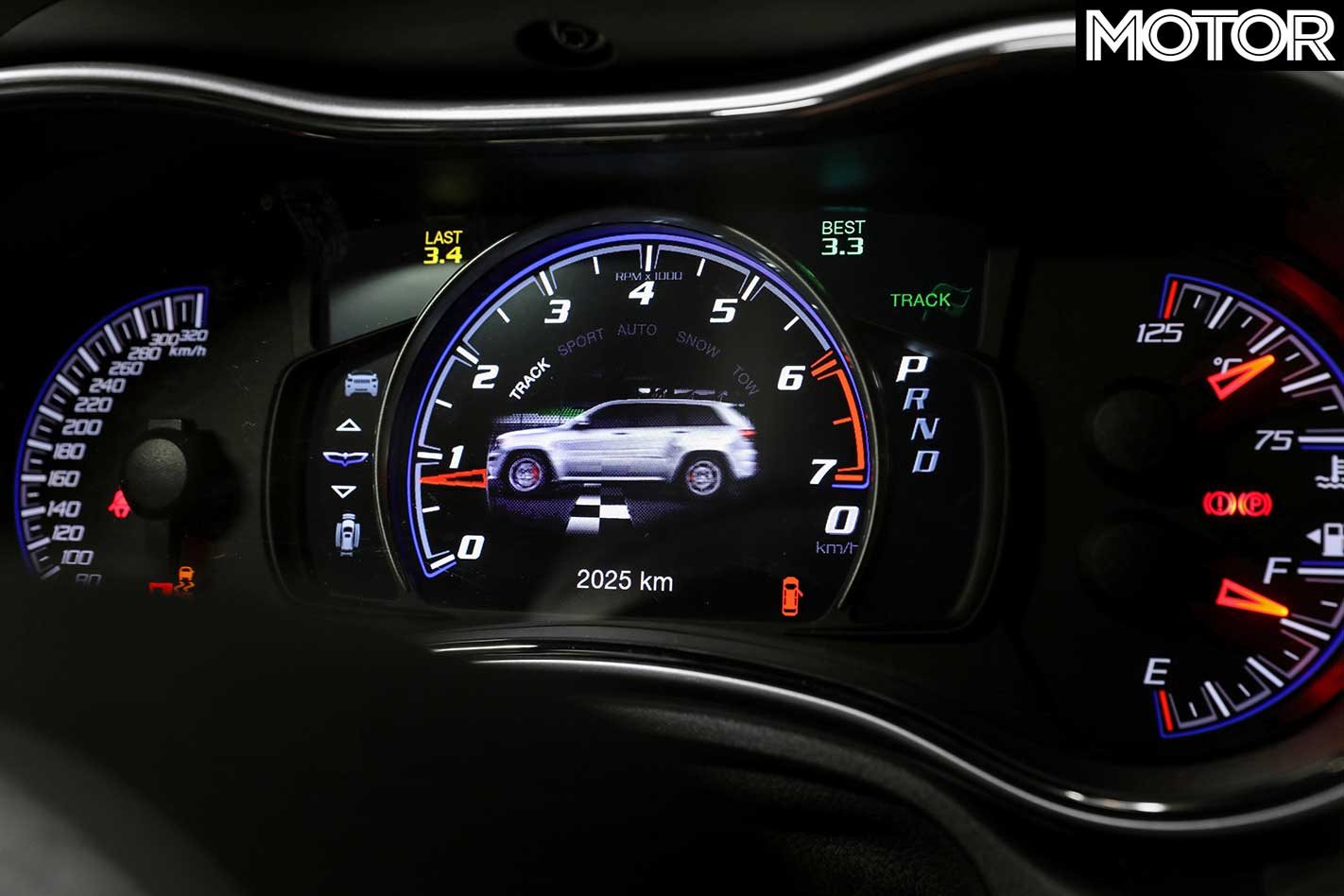 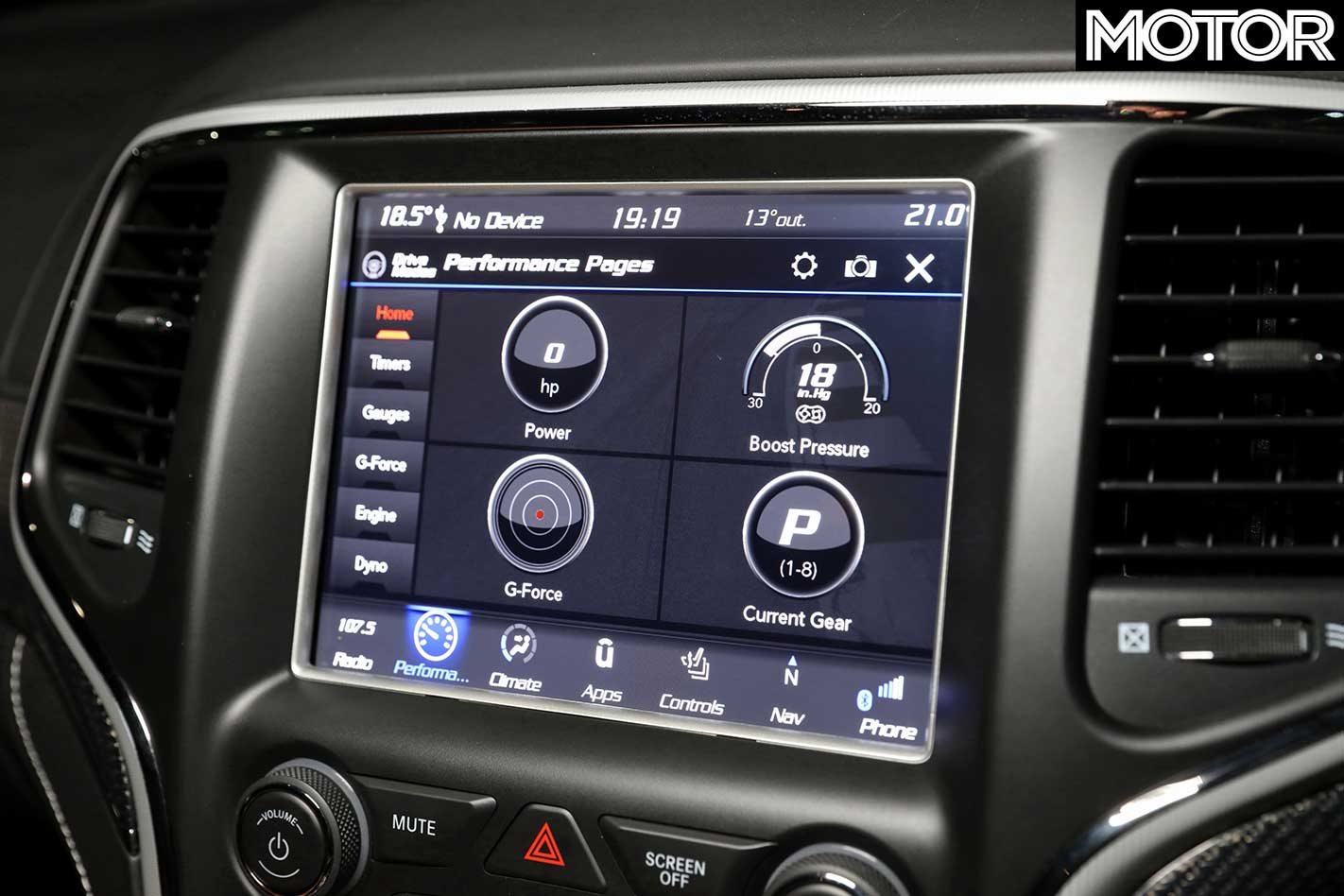 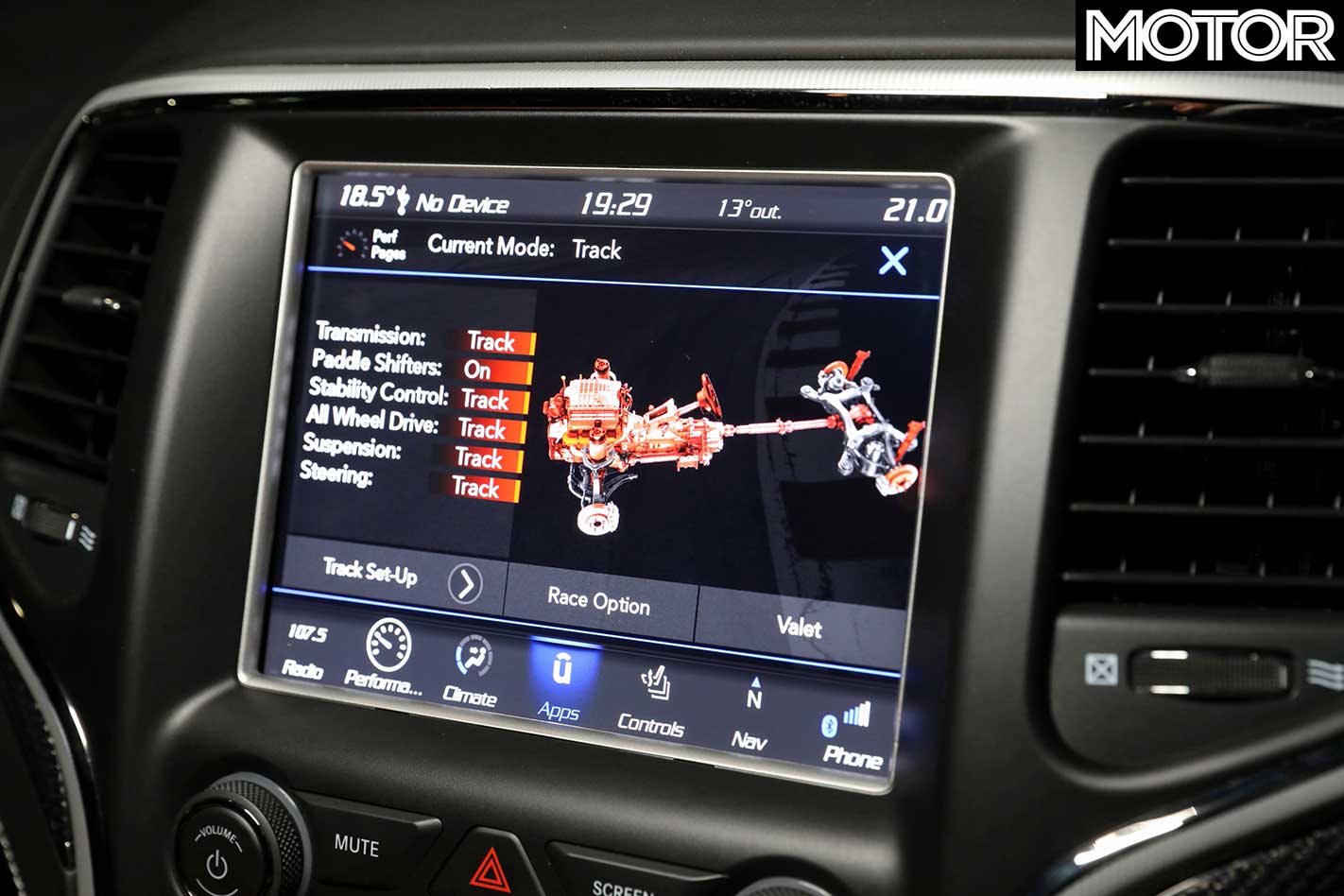 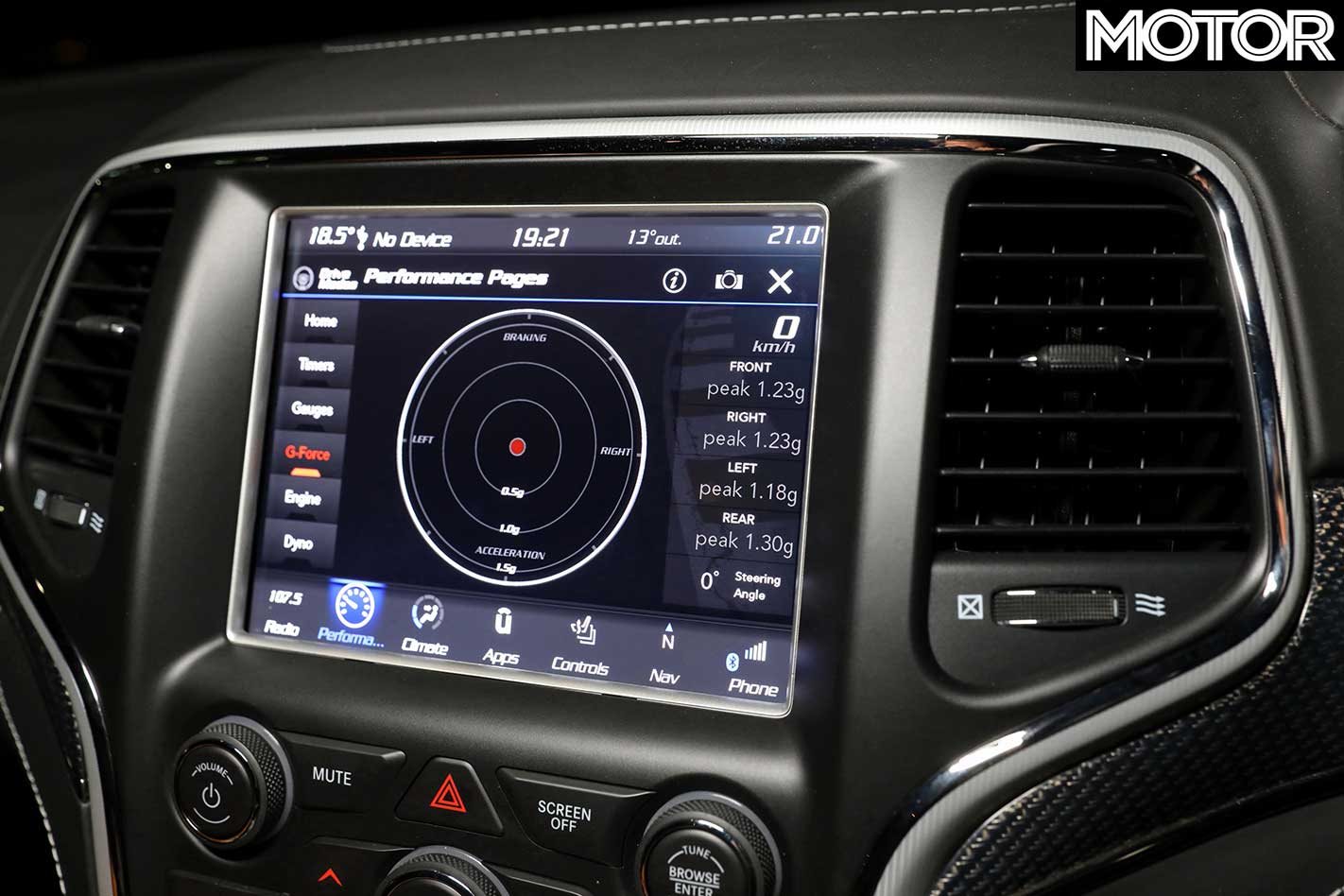 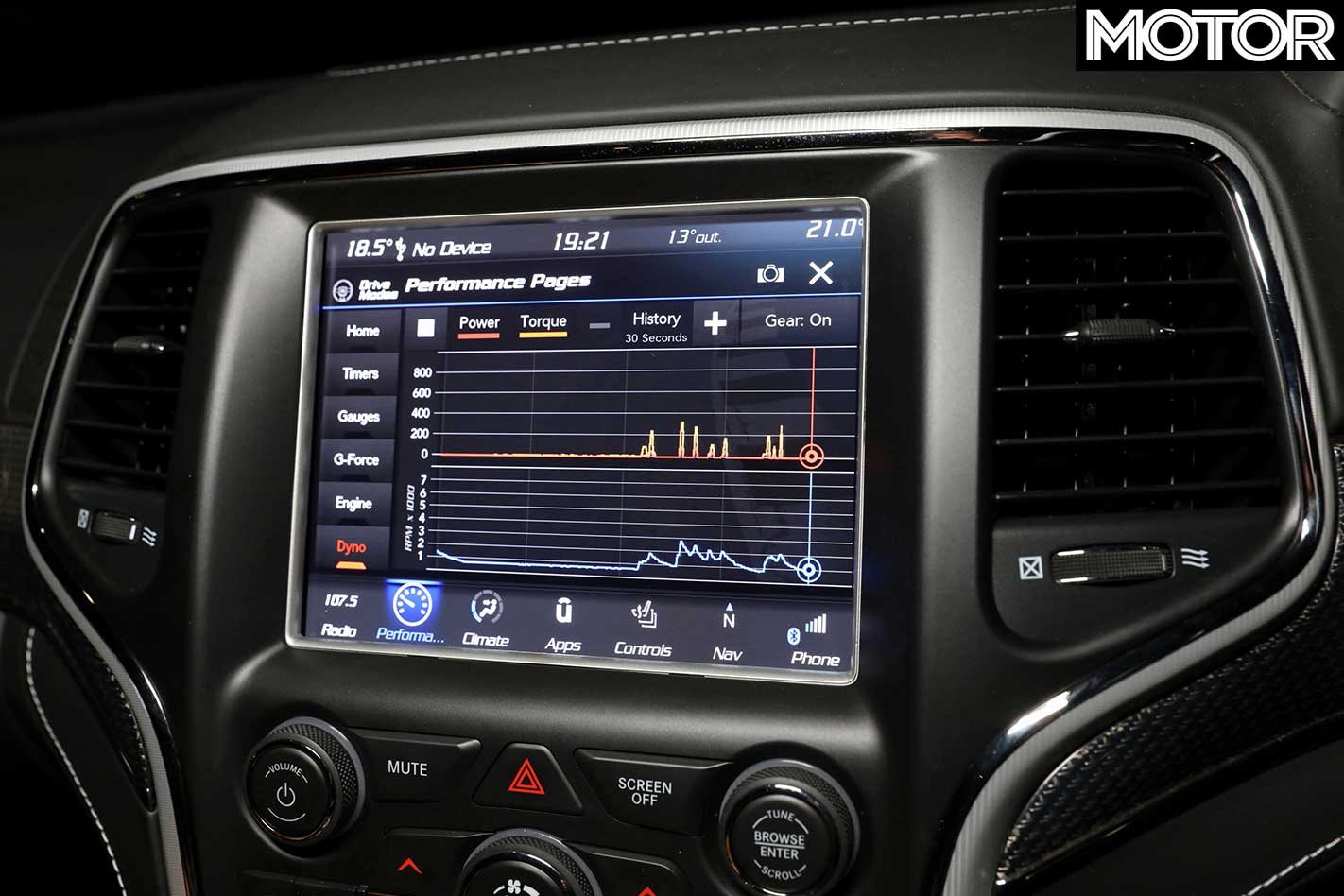