The new Rolls Royce Phantom is the pinnacle, the epitome, of motoring luxury

The new Rolls-Royce Phantom is the eighth model to wear the nameplate and the new Phantom is expected to pick up from where the old one left off.

All models will be underpinned by a new platform, which finds its debut in this new Phantom. No more upscaling BMW platforms to suit lesser Rolls. Eventual replacements for the Ghost, Wraith coupe and Dawn convertible, and the Project Cullinan SUV, will all feature this aluminium spaceframe, which is generally 30 per cent more torsionally rigid than the outgoing Phantom’s, rising to 100 per cent stiffer in key areas, such as around suspension and gearbox mounts.

Aluminium bodywork is crafted over the top and the body-in-white is ‘accidentally’ lighter than the old one. Body stiffness brings rewards when it comes to refinement and ride quality. They are the two things that should define a Phantom more than anything else. 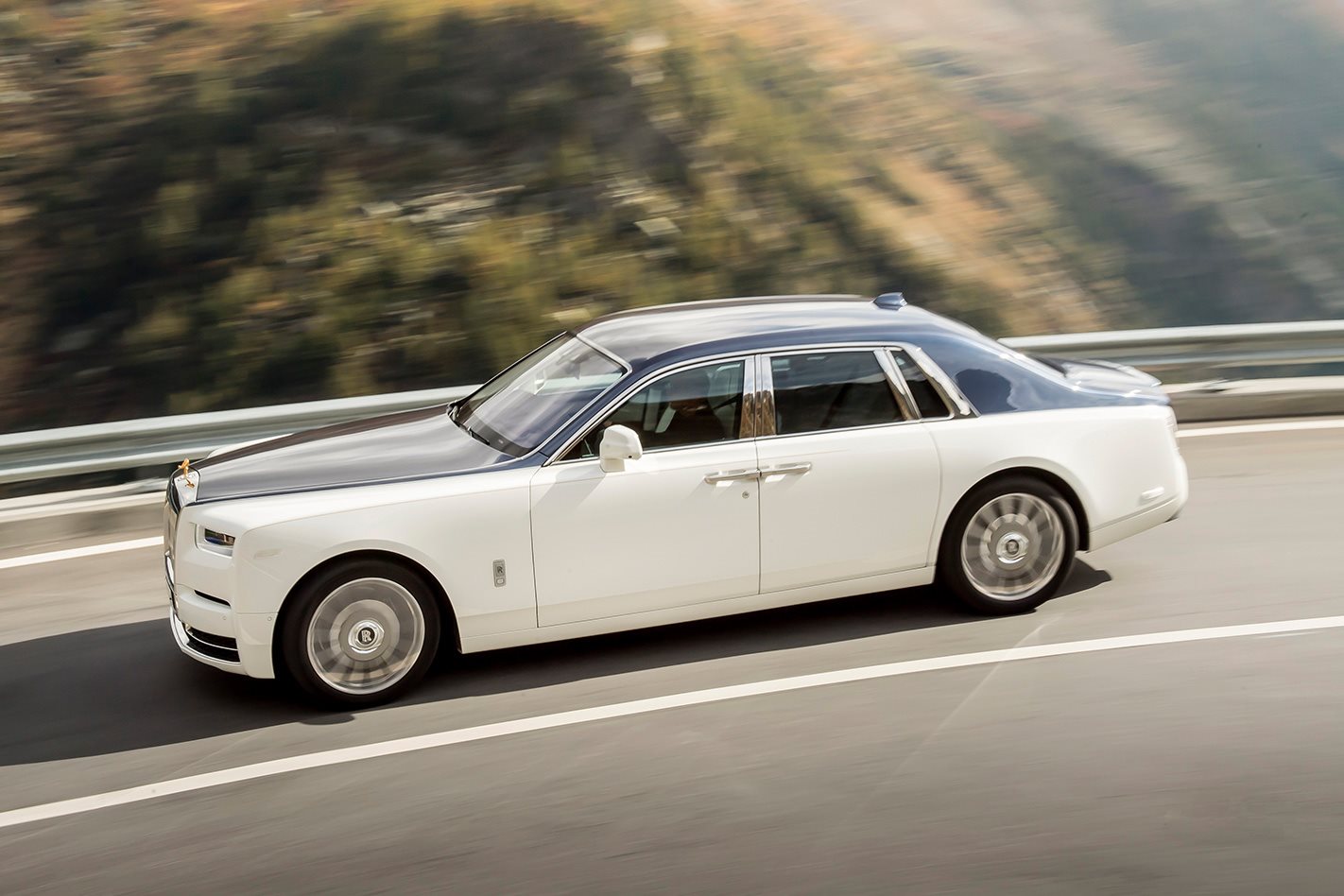 There are air springs, probably the only sensible way to control the body movements of a 2560kg car, allied to adaptive dampers and active anti-roll bars. There’s rear-wheel steering, too, offering counter steer during manoeuvring of up to three degrees.

Overall, the standard-wheelbase Phantom is 5.76m long, with the Extended Wheelbase 5.98m; both shorter than their predecessors, but heavier, too, because every opportunity has been taken for stiffness and to increase the refinement and technology levels. In the pursuit of refinement, there is more than 130kg of sound-deadening material: foams, sheets and so on. Even the tyres get it.

Given that the tyres are the first line of suspension, and despite having little sidewalls – our test car rode on 22-inch rims, with 45/40 front/rear profiles – they are soft sidewalls. Power comes from a 6.75-litre engine again – Rolls’ go-to engine size and, in its recently adopted layout, a V12. 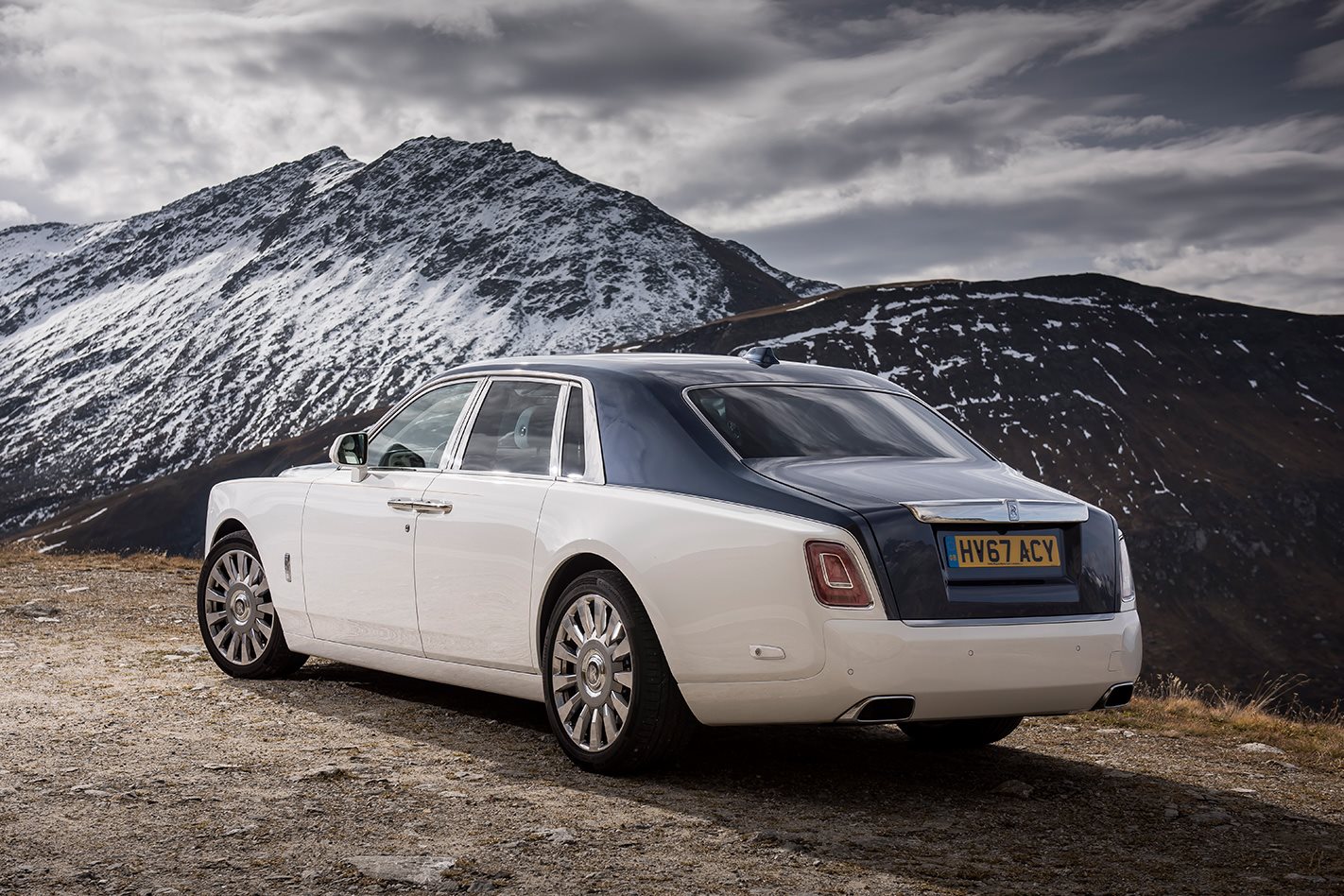 There are two turbochargers and the same power output – 420kW – as in the Ghost. Torque, though, is monumental: there’s 900Nm and it’s generated from only 1700rpm. Peak power is made at 5000rpm and the unit can rev to 6500rpm; but anything more than 2500rpm isn’t needed.

What Rolls is going for, then, is what it thinks a luxury-car driver really wants: a car that’s easy to drive, relaxing, but also pleasurable. And it’s allowed – almost meant – to be a bit ostentatious. It’s a Rolls-Royce Phantom, after all.

It feels like one inside, too. The wheelbase is longer despite the shorter overall length, but you’re not going to feel short of leg room in either model. The two rear seats are vast and comfortable and they move, heat, cosset and comfort.

But the front seat is where my interest is and, actually, it’s where a lot of Phantom owners have an interest, too. The front environment is just as nice, mind. Fit, finish and materials are, obviously, exemplary. 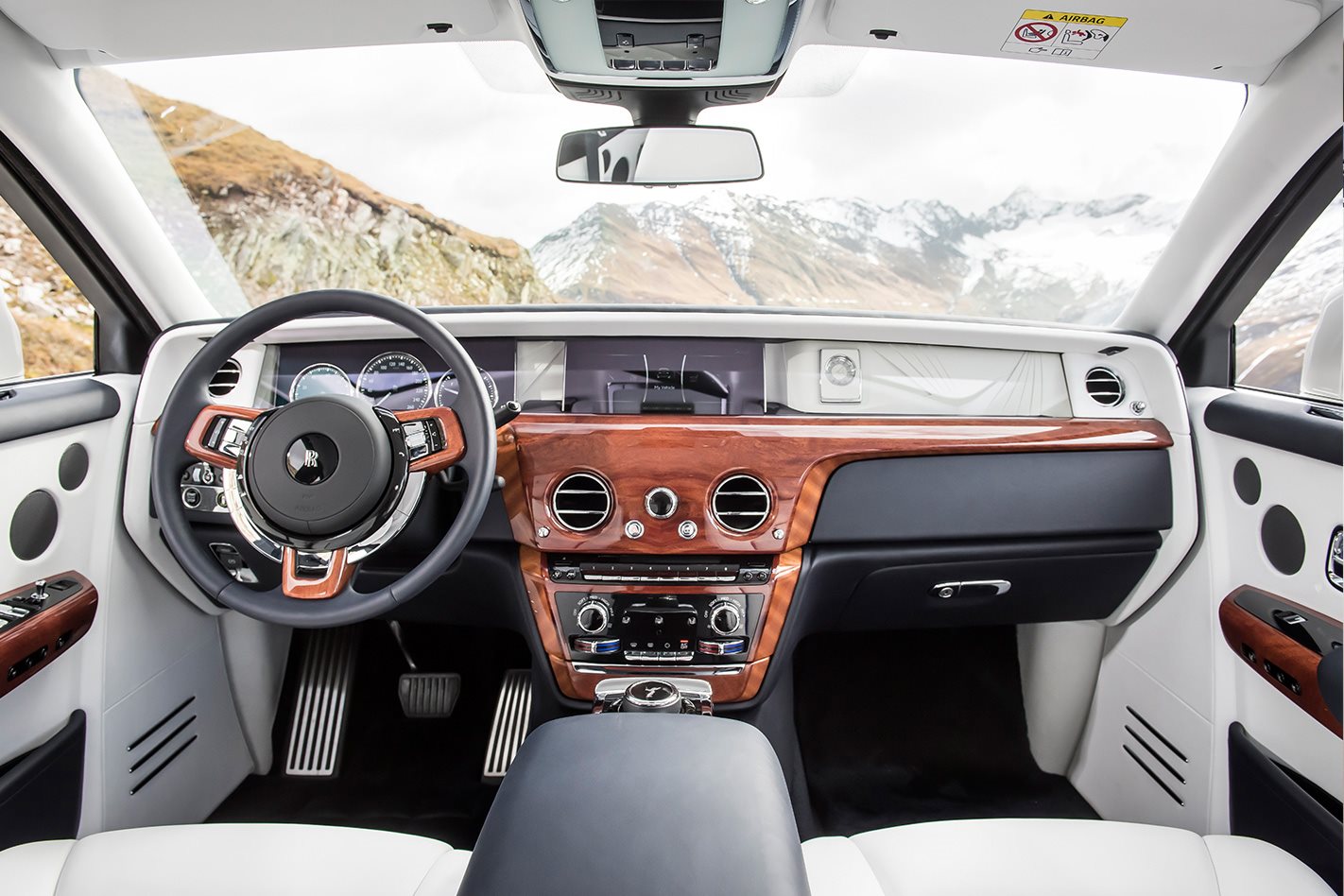 The Phantom is meant to be engaging to drive. What that doesn’t mean is that it’s sporting in any way whatsoever. Instead, it’s meant to be absorbent – and it is – and ultra-quiet (which it also is). The V12 idles at barely 650rpm.

The throttle travel is long and the Phantom eases away with a light tickle. The steering’s light, too, while the brake pedal is ideally weighted. Given its size and light steering, it would be easy for it to feel vague, but such is the steering’s precision that it never does. Then there’s the ride, and the silence. It is, no question, utterly exceptional.

There’s an absorbency and compliance that nearly every other new car can only dream of. It pays not to ask too much of the chassis.

The real pleasure is to be had in enjoying how easy it is to drive smoothly and how precisely it steers. I suppose, if you were being picky – seriously picky – there’s an occasional tiny stiction to the steering in medium-speed corners. And the shimmy – a slight reverberation – that usually comes with air springs is there if you concentrate on it. However, that’s just splitting hairs because in all other ways the new Phantom is the pinnacle, the epitome, of motoring luxury.

LIKES: Exemplary levels of refinement; ride quality; luxury
DISLIKES: Steering; not being able to afford one 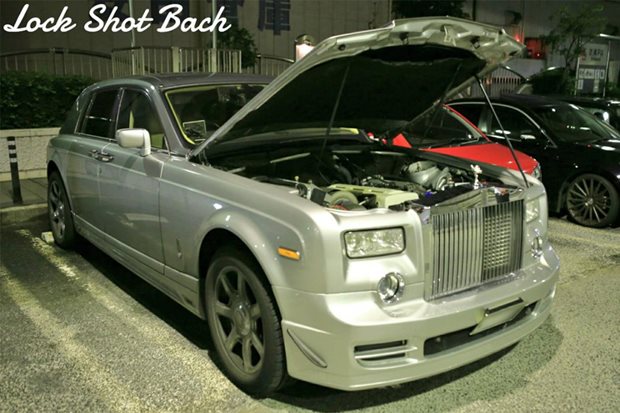 What do you get when you cross British style with Japanese engineering? 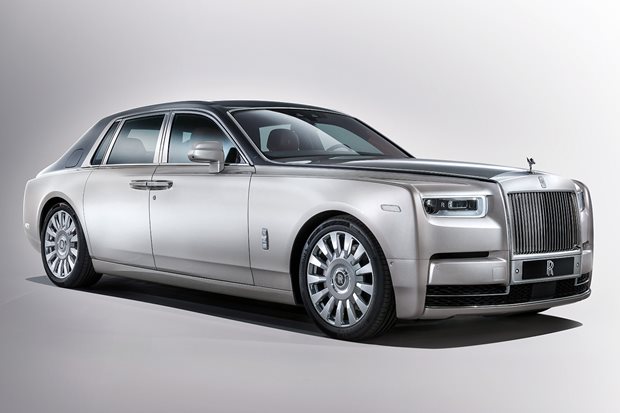 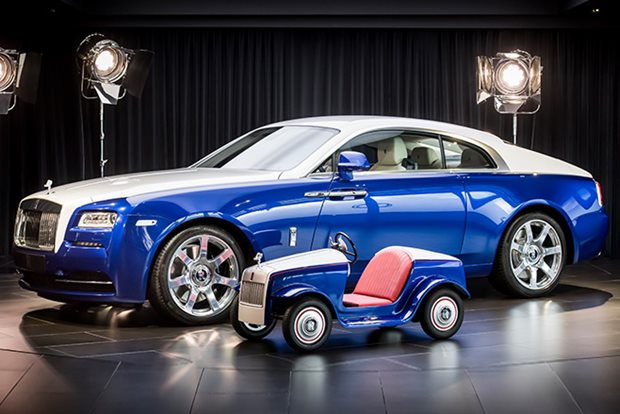 A one-off electric Roller will help make the prospect of surgery easier for children. 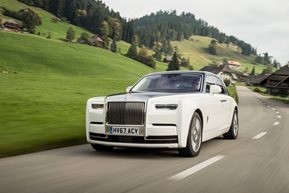 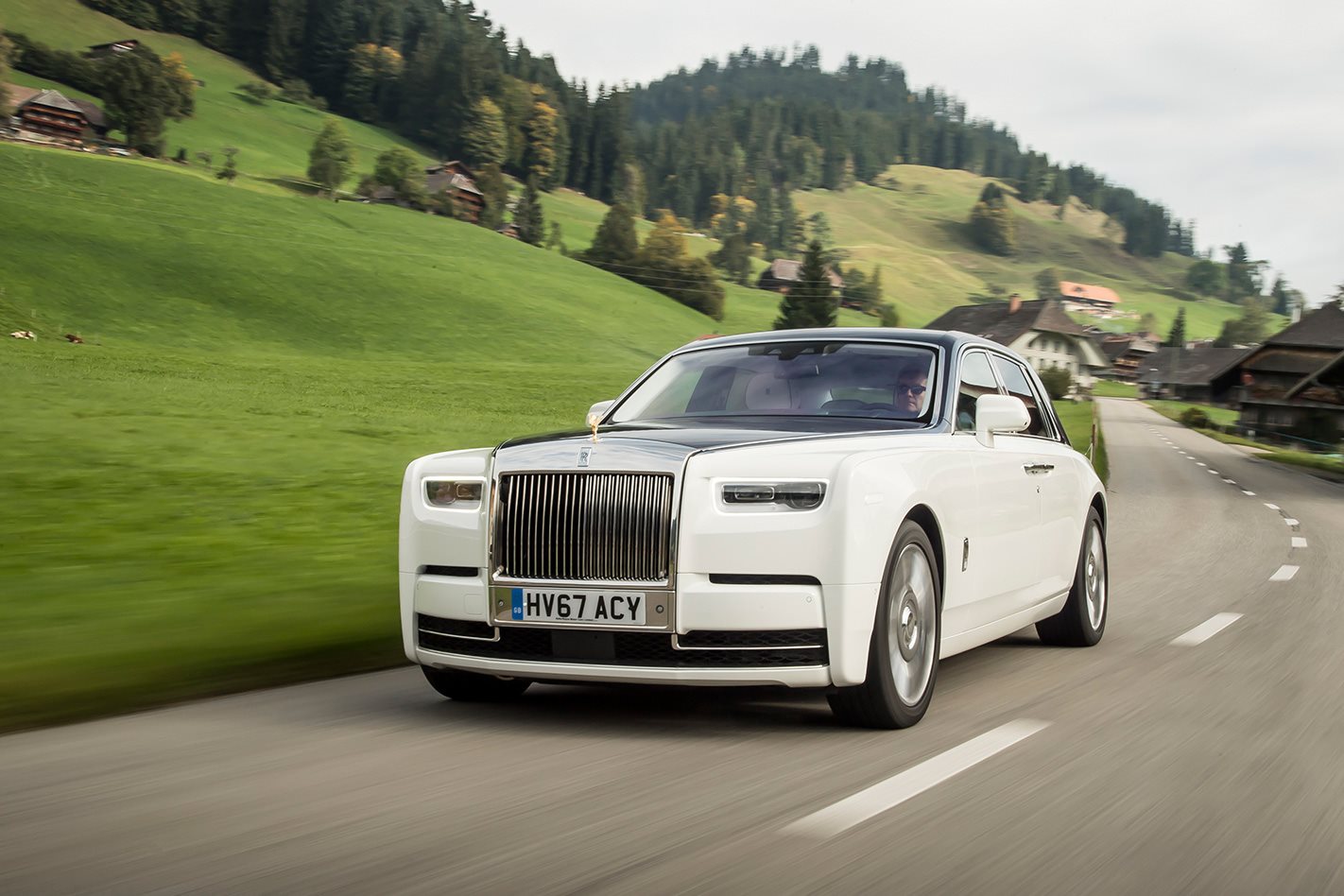 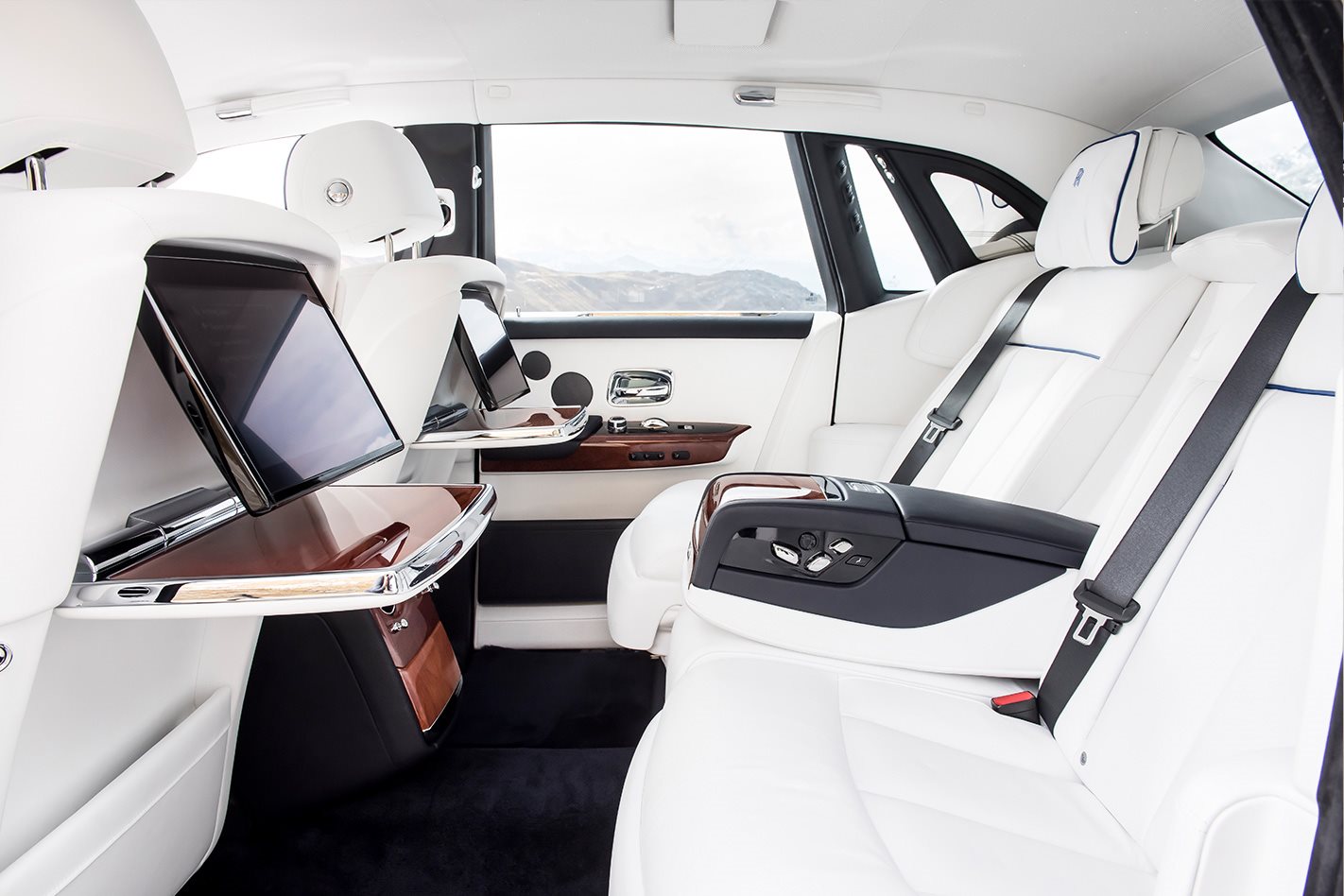 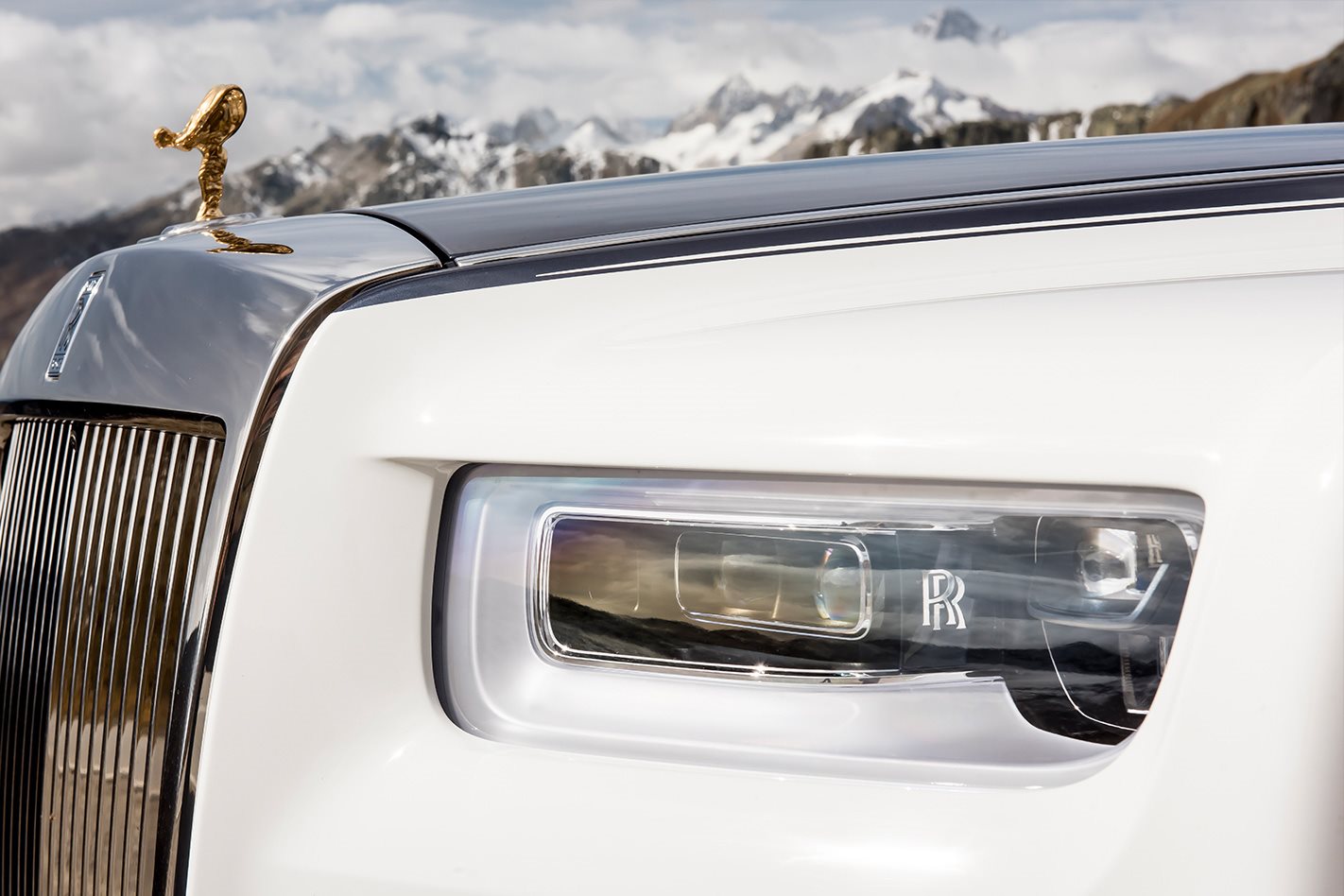