DEAN Martin ordering a martini at the Cal Neva Lodge was probably pretty smooth. A Scott Pendlebury no-look handpass in a busy centre circle is also silkily effortless, yet both pale into a lumpen clumsiness compared with the Audi Q7 E-Tron’s idle-stop system. It’s almost molten in the way the 48-volt electrics slur the diesel engine back into life, melding with the torrent of torque from the motors. There’s no audible impact, just a barely perceptible epidermal vibe on the steering wheel. 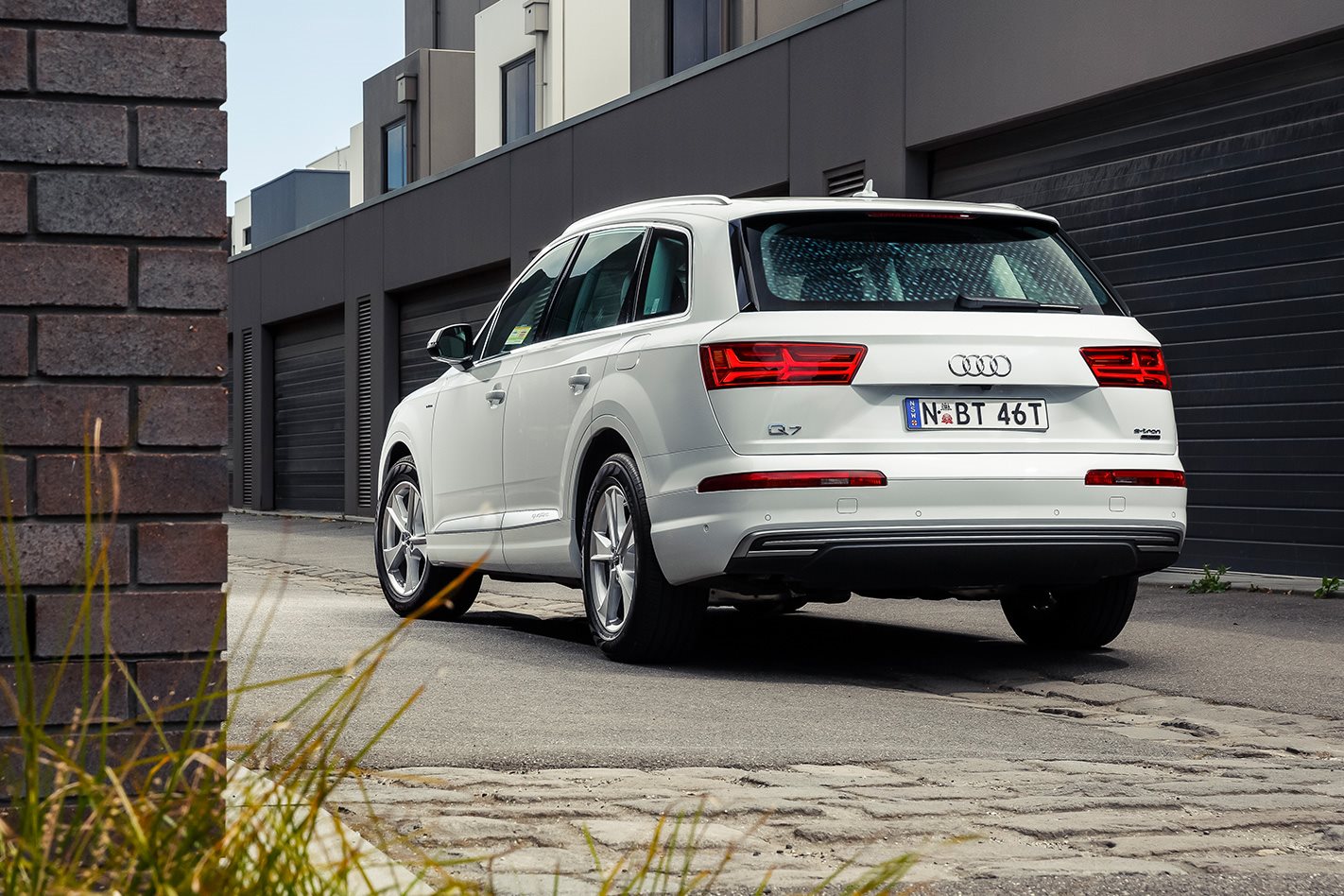 That’s the Q7 E-Tron in microcosm. Ingolstadt’s plug-in hybrid represents a masterclass in making the difficult things seem easy, to massage away any residual stresses you might harbour about the wisdom of a diesel-electric hybrid.

Those concerns are understandable. A petrol engine and an electric motor are a brilliant fit, the zero-rpm torque of the motor creating a lovely diversion from a petrol powerplant’s low-end Newton-metres deficit. A diesel engine doesn’t want for subsonic torque, and adding electrical hardware to an already expensive diesel powerplant contributes to a very costly drivetrain. 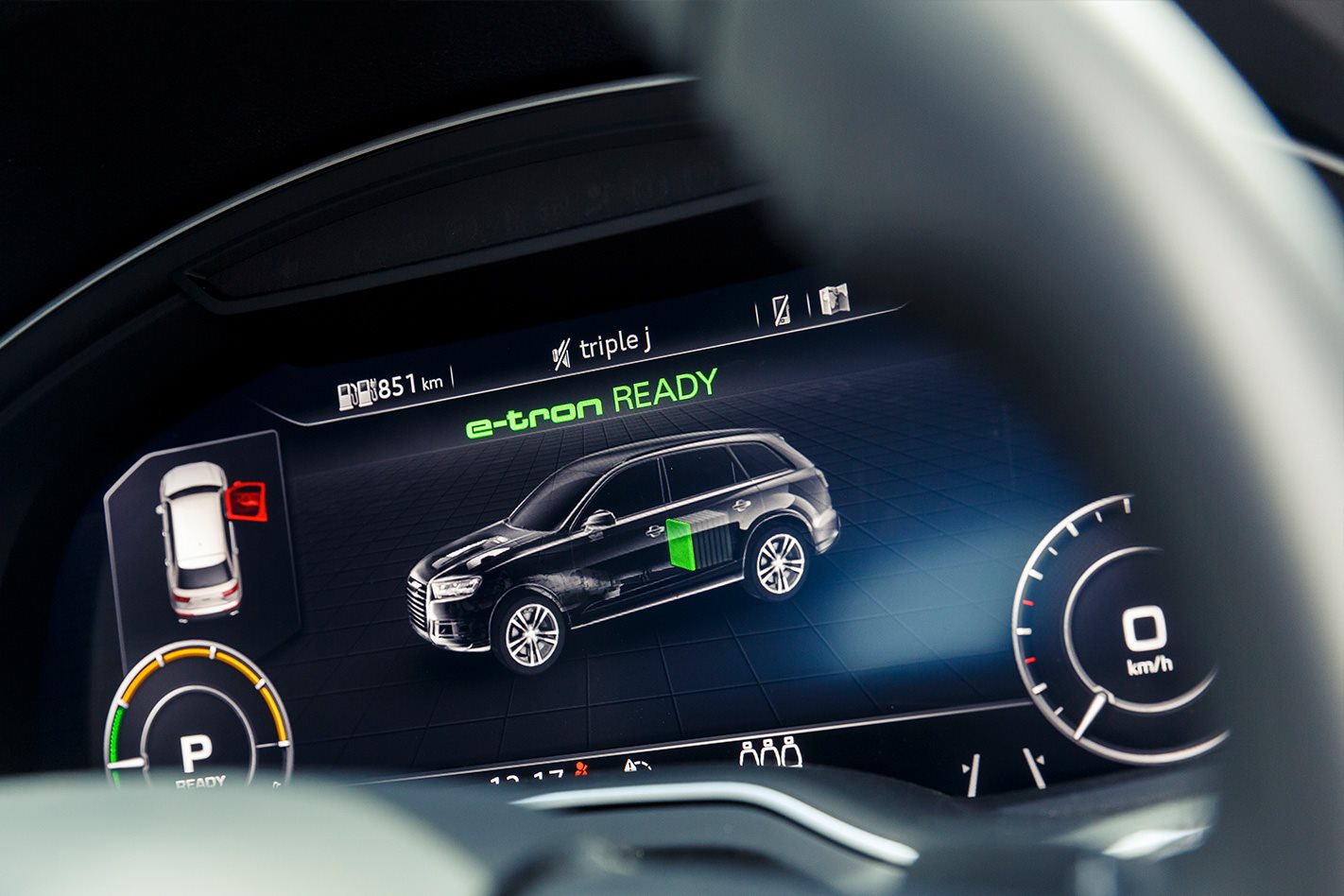 Naturally, you’ll need to be the judge of whether the $35K premium over a conventional 200kW 3.0-litre TDI Q7 represents an attractive return on your dollar, and the E-Tron does without either a third row of seats or a spare wheel, both casualties of battery packaging. The other side of the ledger includes 54km of electric range at speeds of up to 135km/h, a ludicrous claimed fuel economy figure of 1.9L/100km (we were averaging around 7.0 litres in mixed usage). 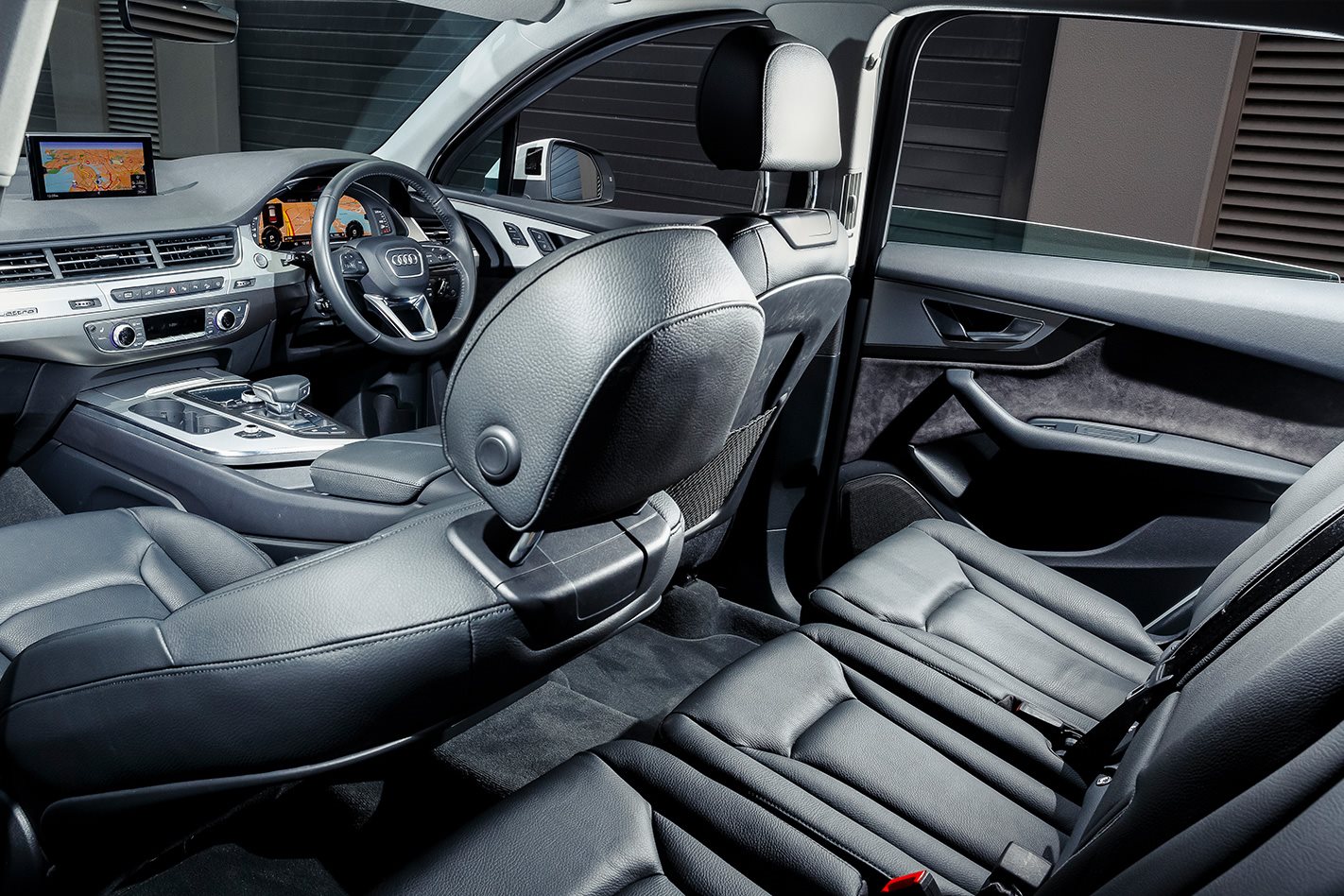 Enter a route into the MMI navigation system and Audi’s predictive efficiency assistant will not only handle the direction finding but will also figure out the most efficient way to use the charge in the battery for any given point on the journey. If the route encounters traffic congestion or urban areas, the Q7 saves the 17.3kWh lithium-ion battery power for those sections of the journey where electric drive makes most sense. It’s genuinely useful fire-and-forget stuff. 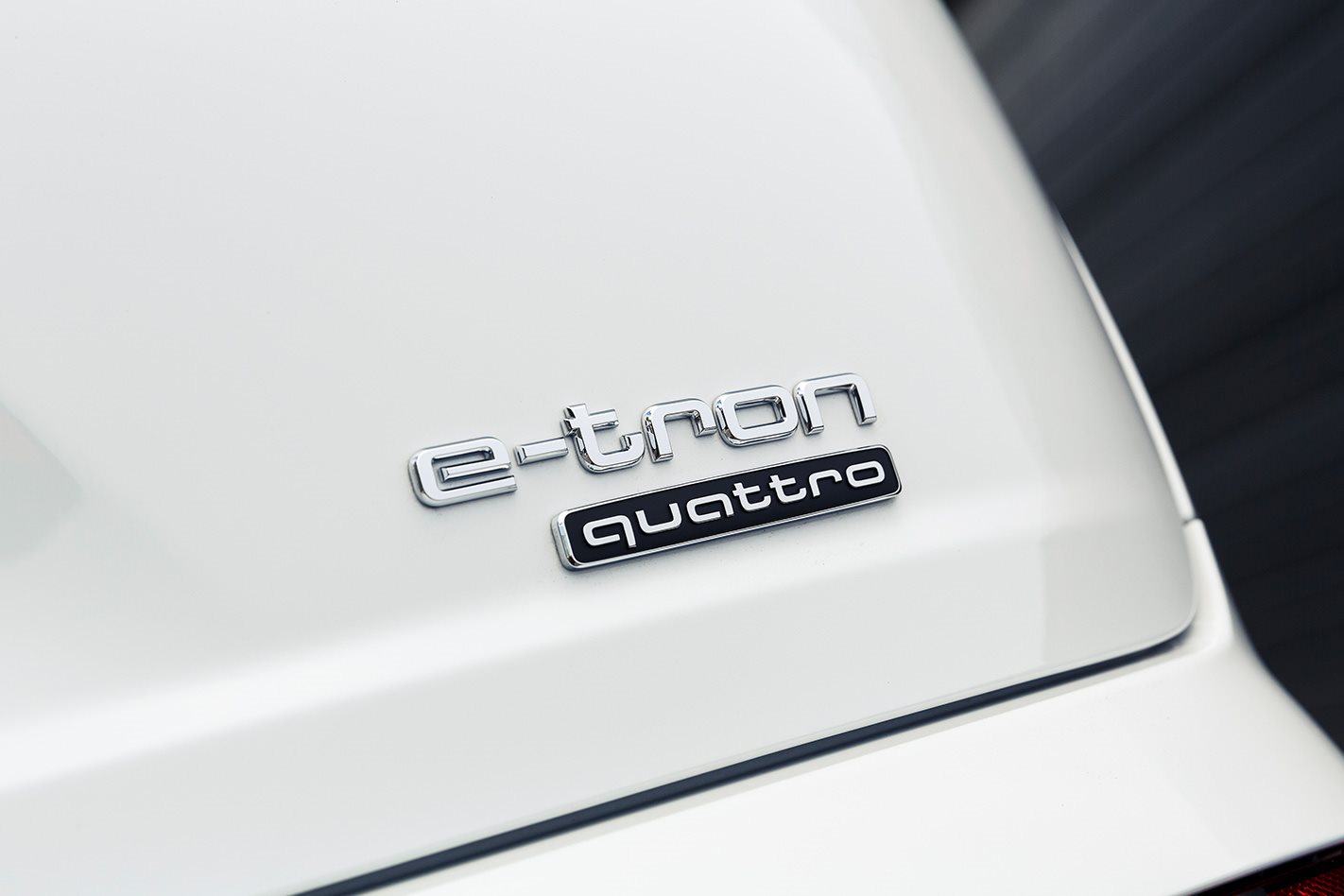 I’m not sure if I’ve ever seen a 19-inch tyre that’s any frumpier than the 255/55R19 Pirelli Scorpion Verde balloons fitted to the Q7 E-Tron, but the hybrid’s revised LED daytime running light signature, long roof spoiler and lack of tailpipes distinguish it. A combination of those big sidewalls, optional air suspension and active engine mounts combine to give the Q7 E-Tron an unruffled composure. It’s about as smooth as a diesel-engined SUV gets.