The current-gen Renault Megane RS is getting a bad rap. Unfairly.

While most reviewers have become stuck comparing it to the previous, supposedly more engaging Megane, most who buy one won’t care what the last car was like, unless they owned one. We’re sure there will be a few trading in for the newer model. 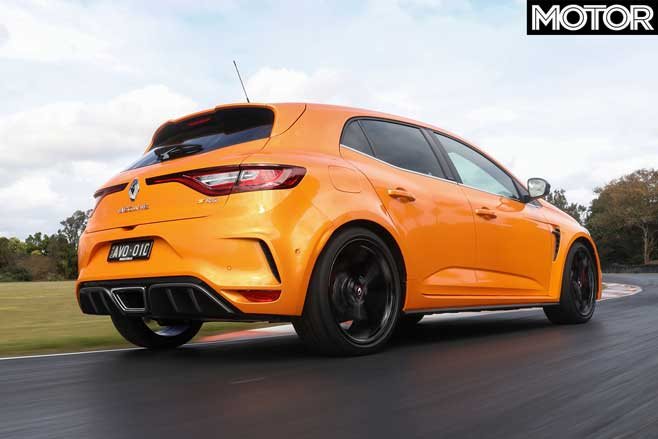 So at risk of breaking review convention and talking about myself for a moment, I’ve decided not to drive a Megane III in the spirit of impartiality.  Okay, I just haven’t had the chance. But that means I’m judging the most focused version of the ‘Meg IV’ (short of Trophy versions) on its own merits, rather than those of its predecessors.

And, pardon my French, but: c’est très bien.

There’s something to be said for its styling alone, which is elegantly aggressive. Pumped guards and relatively subtle ‘sporting’ features like vents behind the wheel arches and a rather deep-looking diffuser.

Inside, unfortunately, it’s a different story. The materials feel a little cheap and the layout of the centre console is frustrating – the touch-screen infotainment feels like using a 10-year-old iPad that’s given up years ago, and the cruise control function sits near your left elbow. But we’re not going to analyse the interior and styling too much, given it’s essentially the same as Megane RS280 models we’ve already driven.

This is the first time we’ve been able to get our hand on a Cup chassis car with Renault’s 6-speed dual-clutch (called EDC). Originally, it wasn’t to be offered here, but Renault Australia changed its mind. 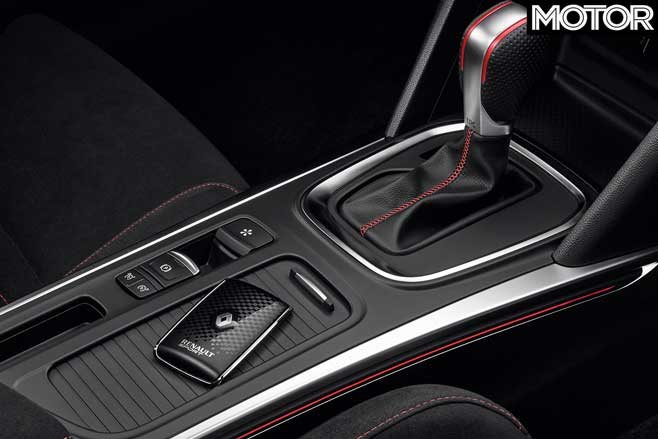 And we’re glad it did. Given the choice, it’s manual every time for this reviewer, but one exception to that is the current Megane RS. The EDC is snappy, characterful, and remains smooth enough out of Sport mode to be decent on a commute. The manual has an odd clutch take-up and its shifter feels somehow both numb and notchy.

This means that on a winding road, I’d rather be tapping a paddle back than rowing though the gears – but only in the Megane RS.

Luckily, if you like to be kept busy, the Megane has other tricks to keep you entertained.

Its ‘4Control’ all-wheel steering is a divisive aspect of the car within the MOTOR office, but if you like your cornering sharp, then you’d likely be on Team 4Control. Its Bridgestone Potenza S001 tyres (wrapped around 19-inch wheels and 7.5-inches wide all ‘round) do a fine job of keeping the car on course, too, though it’ll become more playful the harder you push, and in the wet it requires very gentle pushing. 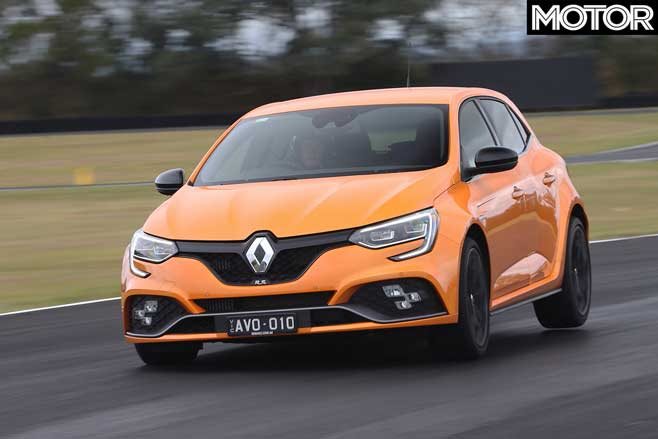 It’s because of the 205kW and 390Nm hiding under the bonnet that you’ve got to chose your right foot moments properly in the wet, as the front wheels will spin (and tramp) from a standstill, and all four paws will sometimes lose traction briefly if you tip it in too hard mid-corner.

When it’s dry, however, you’ve essentially got free reign to throw it into bends at almost silly speeds, where the rear wheels can carry the rear through for a sharp turn, and a dab on the (progressive, almost sycophantic) Brembo brakes swings it around a little harder if need be. It’s a good lesson in front-driven oversteer and adjustability for sure.

With torque on tap, and the Cup’s mechanichal front diff, it’s also easy to launch out of a corner facing exactly where you’d like to be, usually without need for a sharp wheel movement to straighten out. 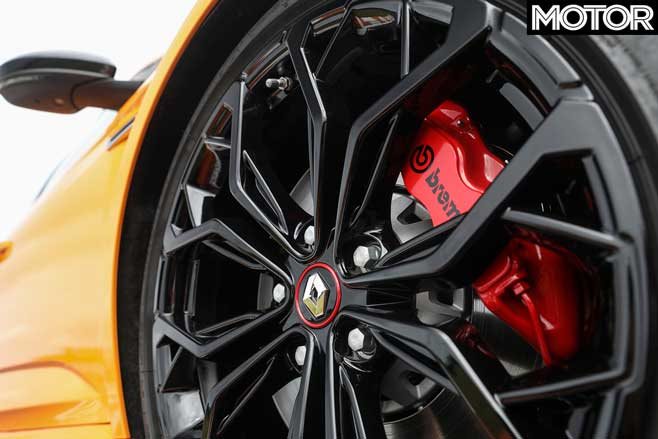 Perhaps one of the most overlooked advantages the EDC gets over the manual is the sound, which snaps and burbles on upshifts and overrun respectively. It does occasionally sound ‘manufactured’ from inside the cabin, like it’s trying to replicate intake ‘whoosh,’ but it’s a welcome addition nonetheless.

The same can’t be said about its ride quality on Melbourne’s ‘rough surface ahead’ streets, but we’re leaning towards that being the fault of the roads department rather than of Renault Sport engineers.

If you want a softer chassis, the Sport variant beckons for a little less at $50,490 but missing out on the diff would be a shame. The Cup EDC seems to be the pick of the Megane range, especially if the $70K-ish Trophy-R doesn’t sounds like a bargain. 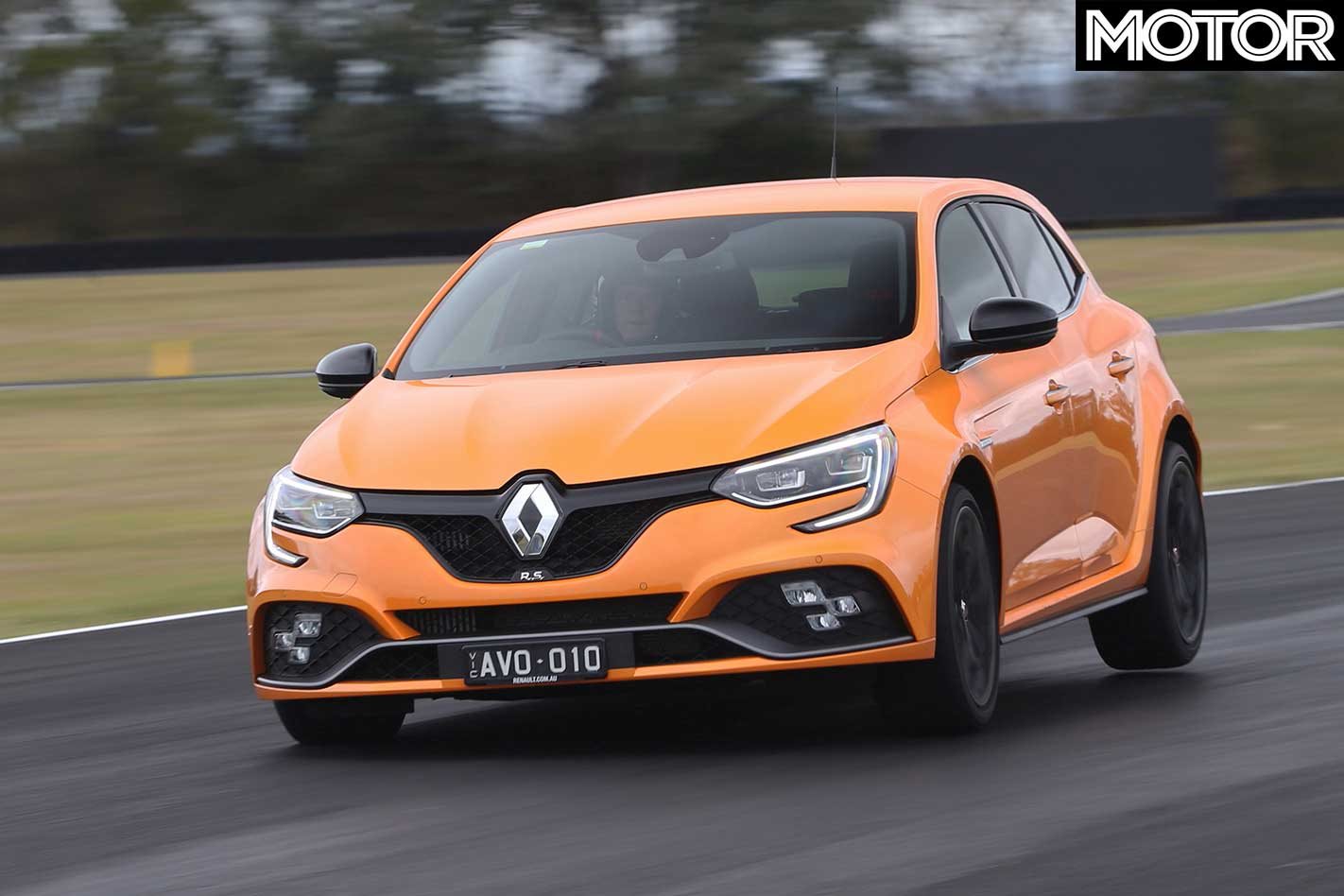 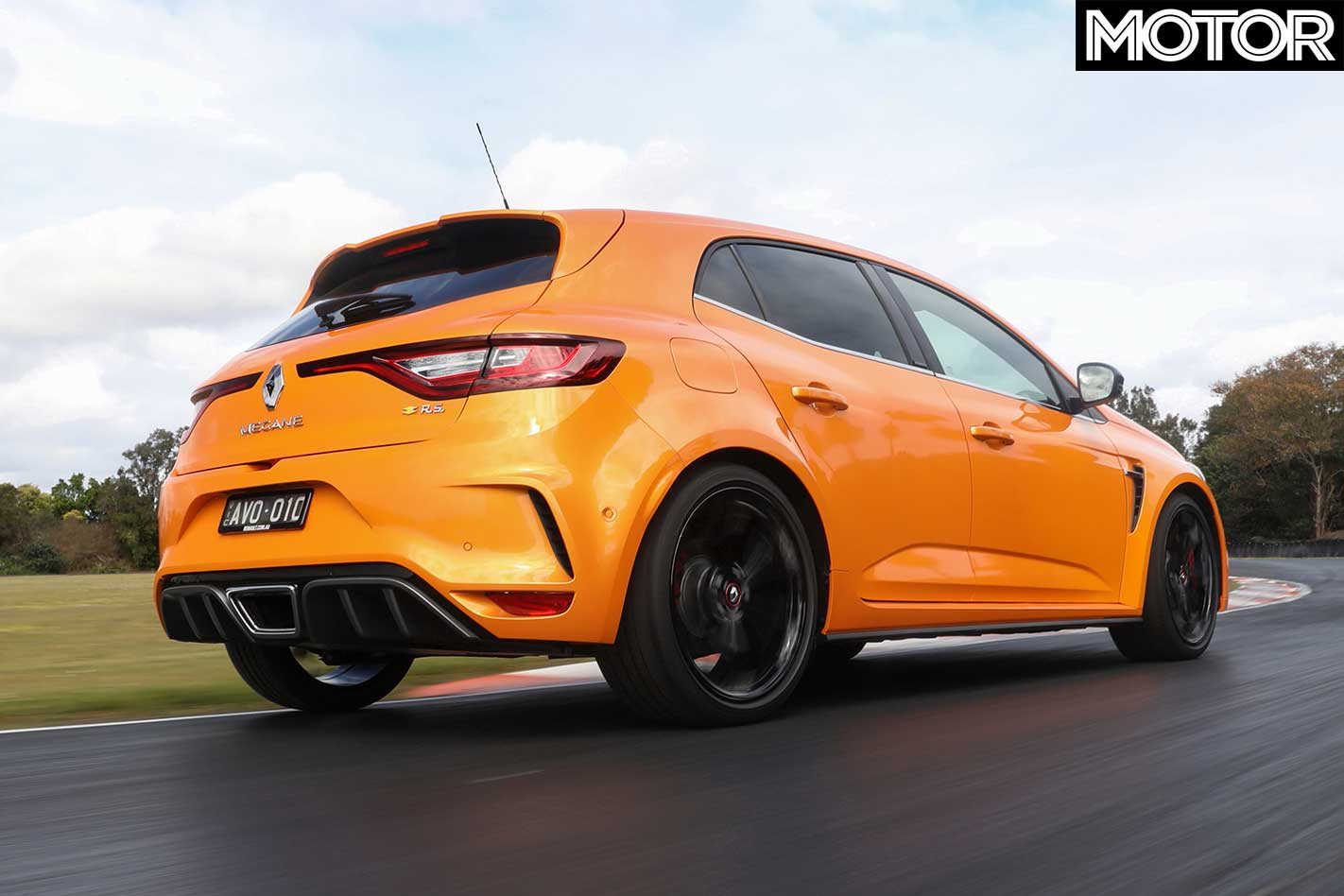 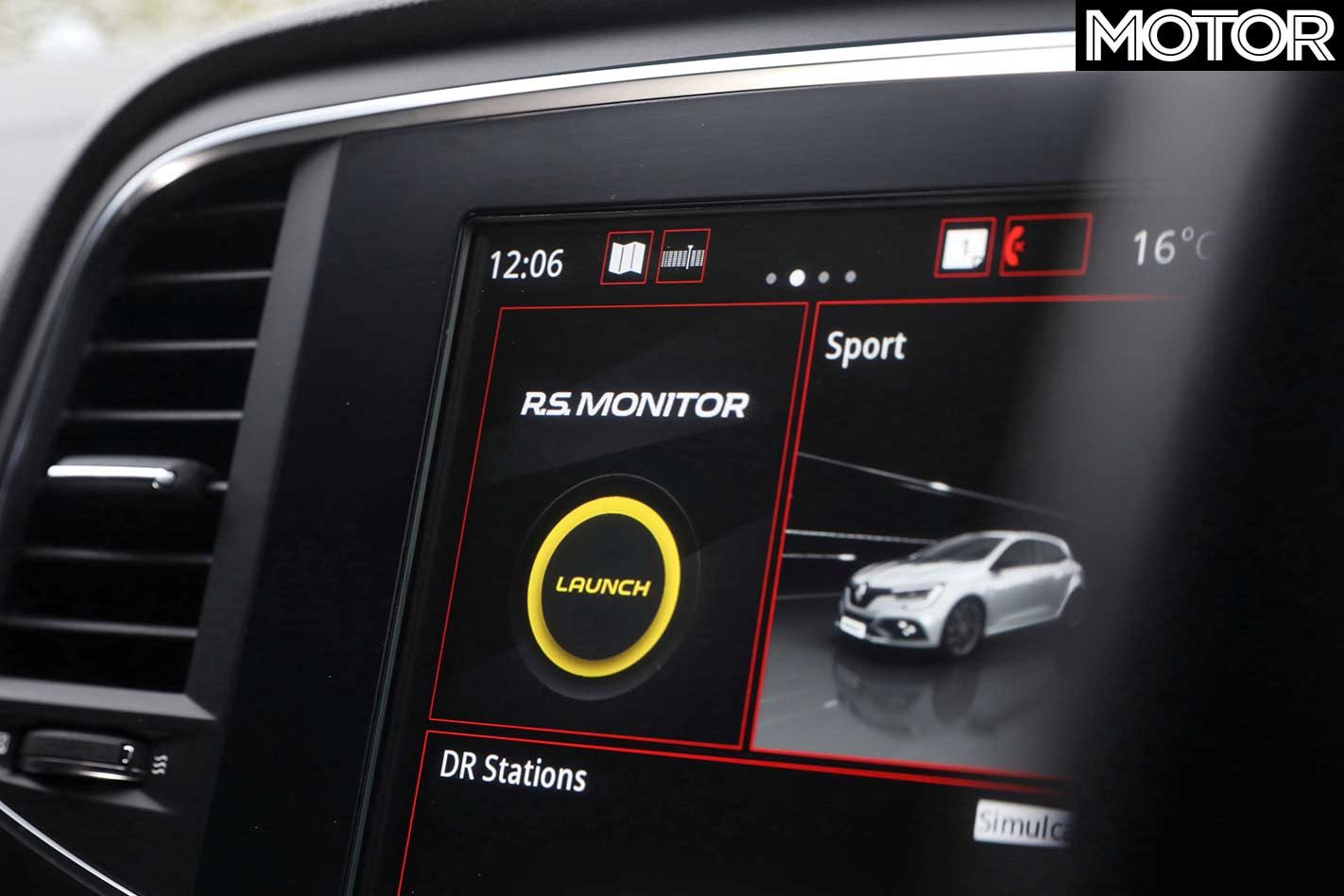 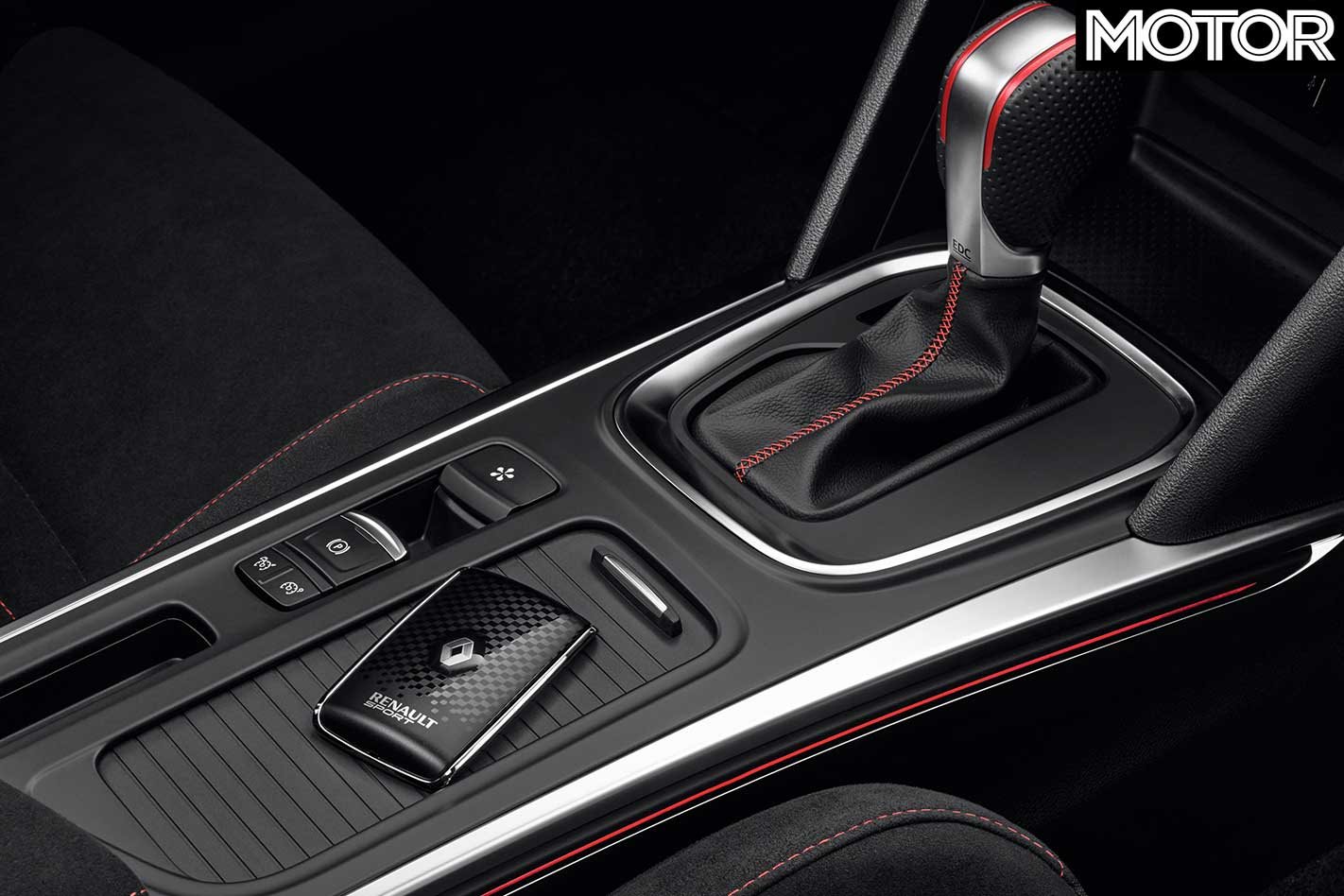 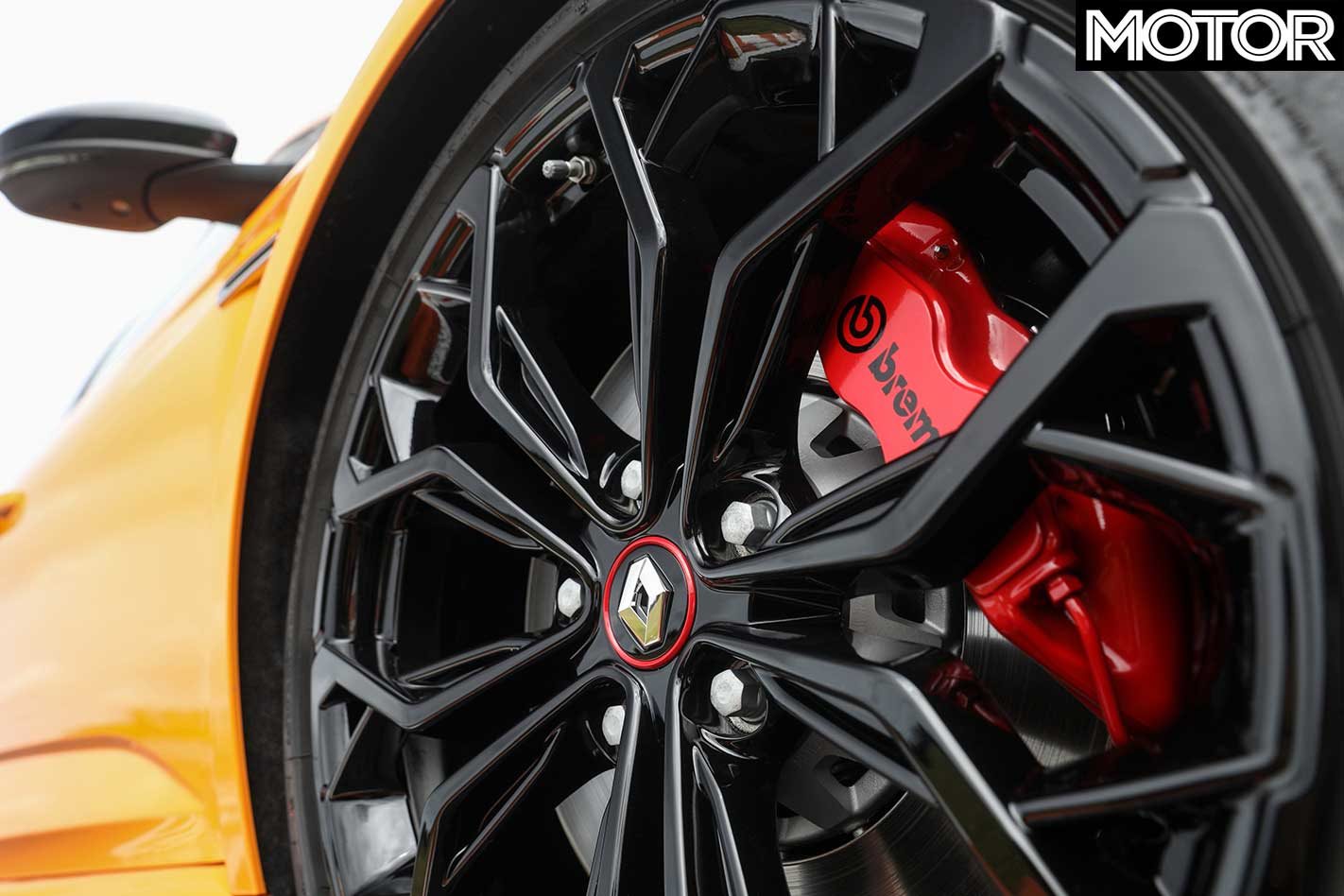