The Renault Megane RS Trophy-R has been confirmed for Australia, with 20 units up for grabs from today.

The short-notice announcement comes with Renault Australia’s reveal that the Trophy-R is already available to the general public from midday.

Similar to Toyota’s method with the new GR Supra, Renault has developed an online platform to secure deposits from those who are looking to purchase one of the 20 Megane RS Trophy-Rs coming to Australia.

On top of the 20 Trophy-Rs, one unit of the even more kitted-out Megane RS Trophy-R Record Edition will come to Australia to be auctioned off. It features carbon fibre wheels from Carbon Revolution as well as Brembo carbon ceramic brakes, just as the car that set the 7:40.1 lap at the Nordschleife.

The Trophy-R will arrive with a kerb weight of approximately 1290kg, 130kg lighter than the Megane Trophy it’s an evolution of, while the parts that helped it to its record (Ohlins dampers, Bridgestone Potenza S007s, and an Akrapovic exhaust) are all standard. 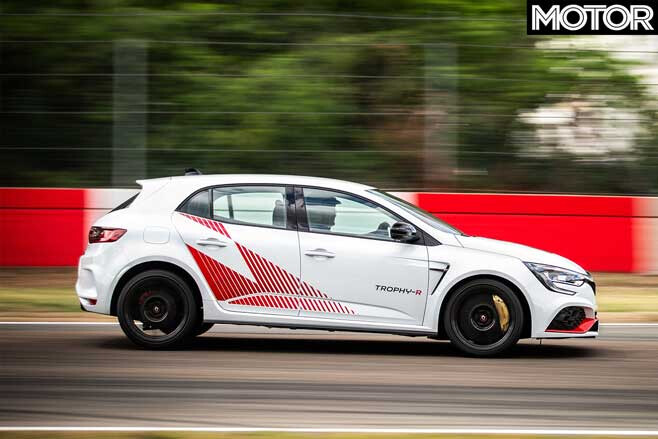 Available only in pearl white with red highlights, the Trophy-R is due to arrive locally in early 2020, though it’ll be preceeded by the arrival of the Renault Megane RS Trophy 300, the most focused version of the Megane short of the Trophy-R.

Renault Australia is yet to announce pricing for the Renault Megane RS Trophy-R, though tells us it expects pricing to land near the $70,000 mark.