Arousing envy with your new sports coupe used to be done by taking your mates for a wide-eyed thrash round the block.

It’s simpler in Audi’s new TT, which does it with its futuristic instrument panel, technology, and an aggressive new riff on its iconic form. Despite the new TT’s ability to impress while standing still, we remain more interested in that first quick thrash.

Initial impressions are of a newly enthusiastic front-end. The chassis is more reactive to steering inputs, though the electro-steering itself isn’t immediately responsive, and the on-centre feel is low-res. This, in part, is the work of a new variable steering system, which quickens the rack ratio as lock increases – it’s great on tight roads when you’re working the wheel, but it can seem a bit lethargic in the initial degrees of lock.

With the variable steer, the TT’s other dynamic party trick is its ability to send more torque to the rear tyres. It hasn’t grown into a tail-out machine, but you can get onto the power earlier in the corner for a more forceful exit. 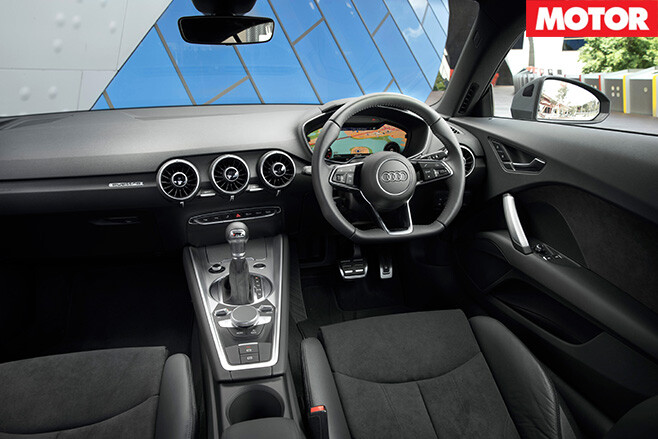 Outputs of 169kW and 370Nm provide the firepower from the trim 1230kg base model up (the third-gen TT is, on average, 50kg lighter than its predecessor). An ESC-based electro-LSD function keeps understeer in check, while a sweet manual ’box contains entry cost to $72K.

Dual-clutch-only Quattro variants (from $78K) are around 100kg heavier, yet are 0.7sec quicker from 0-100km/h, at 5.3sec, thanks to the hard-launching ability of all-wheel drive. The subtlety of the base car on 17-inch tyres – and the more supple ride – gives way to a heftier dynamic flavour wearing quattro-spec 19s. 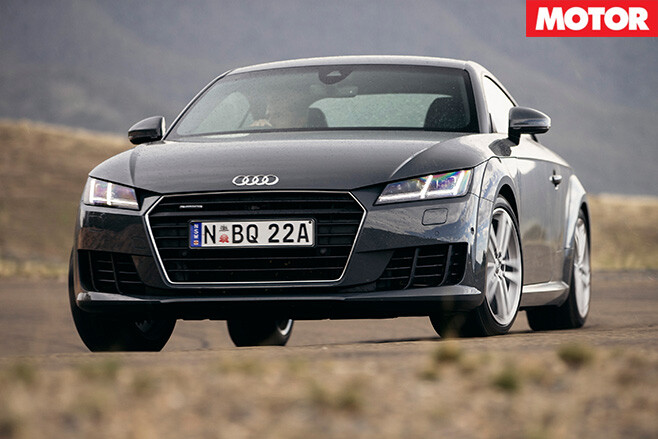 Comfort mode brings the focus back to the richly trimmed tactile cabin, and the crisp graphics of the big TFT screen that fills the instrument cluster. It also delivers actual comfort, aside from some coarse chip tyre roar (blame broad rubber and its coupe body). In our test cars, that was down to reduced engine revs and noise, and steering effort. The optional magnetic ride system would likely help, too.

The redesigned infotainment interface is still based around a centre console dial and push-and-toggle buttons. It’s difficult to assess if it’s better to use – we’re still used to the old system – but the menus seem simply and logically laid out.

The fact that the sat-nav map and other functions can be displayed across the whole screen (while the virtual speedo and tacho are downsized) is a plus. It’s not new tech, but it’s a pretty impressive execution, a bit like the new TT itself.