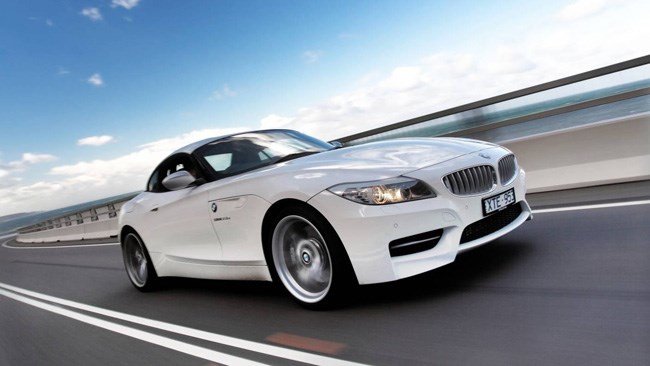 IT MAY be overstating the local arrival of BMW’s turbocharged, four-cylinder N20 engine as a ‘new dawn’ for the Munich brand, but its debut in the Z4 roadster took place at Mt Warning in north-eastern NSW.

IT MAY be overstating the local arrival of BMW’s turbocharged, four-cylinder N20 engine as a ‘new dawn’ for the Munich brand, but its debut in the Z4 roadster took place at Mt Warning in north-eastern NSW. This easternmost peak is the first part of mainland Australia to be touched by the sun; a fact of perhaps greatest significance to geography geeks, and to Christmas-addled journalists scratching for a story intro.

Robbo covered some of the detail of the N20 engine in last month’s European first drive of the F30 3 Series. We’ll go into it more in the breakouts, as this turbo-four replacement for the brand-shaping N52 in-line six will be the backbone of BMW’s local range, being shortly destined for volume 3- and 5 Series models.

It’s not just the engineers who’ve done their job well: the marketing department’s had to push itself, too, as the two versions of the 2.0-litre N20 engine – 135kW ‘20i’ and 180kW ‘28i’ – are physically identical in all but electronic tune and exhaust system aft of the turbo.

The entry Z4 sDrive20i kicks off at $76,900, or $12.5K less than the 28i. Not that there’s much wrong with the 20i. In the Z4 family, it replaces the 2.5-litre 23i and costs $5000 less. The turbo four offers 20 fewer kilowatts, but 20Nm more torque than the old six. According to BMW, it is a couple of tenths slower 0-100km/h (now 6.9sec), while the speed of progress is made more deceptive by an understated exhaust note and a disappointingly rubbery action to the standard six-speed manual.

We drove the $89,400 28i immediately after the Z4 35iS, this twin-turbo flagship (and the lesser-specced 35i) now the only six-cylinder left in the range. More cubes don’t make for more car: the six-cylinder’s steering lacks edge and turn-in responsiveness, and always seems to need an extra bite of lock to keep that broad, clamshell bonnet tucked in to the apex.

The 28i runs away from it for driving enjoyment. According to the figures, the 1400-1420kg (manual and auto) 28i is only 10-15kg lighter than the superseded 30i – but it’s about 100kg lighter than the luxed-up 35i, and it sure felt it. The 28i is usefully crisper in its steering, lighter on its feet, all the while maintaining the unbudgeable front-end grip that characterises the Z4’s chassis.

The 180kW/350Nm engine has a twangy, elastic-band feel to its responsiveness and acceleration. The flat, almost diesel-like clacking at idle takes on a strange, yet stirring exhaust growl as the revs quickly rise.

Making it even more enjoyable is the brilliant eight-speed auto, a $3500 option that looks a no-brainer alongside not only the sloppy manual, but the 35iS’s seven-speed dual-clutch. The auto does a far better job of intuiting the 28i’s character and its driver’s commands, and its left-down, right-up paddles are more logical than the other’s dual rockers.

On the often lumpy rural roads, the 28i also rode the best of the Z4s, its standard 17in wheels (the smallest there) offering no less in terms of grip or enjoyment. Nothing fazes the Z4’s front end, and while suspension damping and control are pretty well spot-on, the rear end does get upset by stutter bumps. The bum-over-rear-axle layout occasionally has your kidneys wishing for more suspension travel.

For a little roadster, though, it doesn’t feel all that little. A girth mid-way between the 3- and 5 Series sedans was apparent on these roads. Still, with the steel roof folded down, there are few nicer ways to greet the sun. 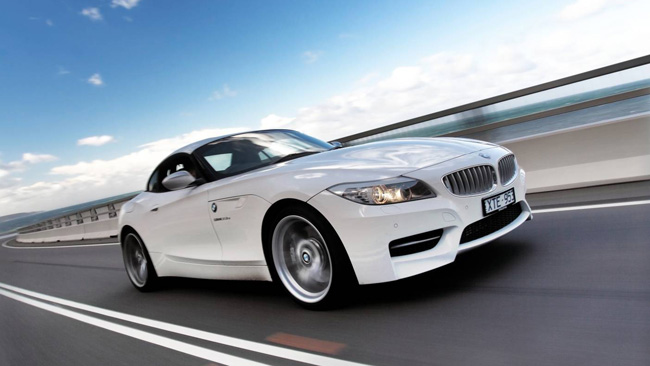 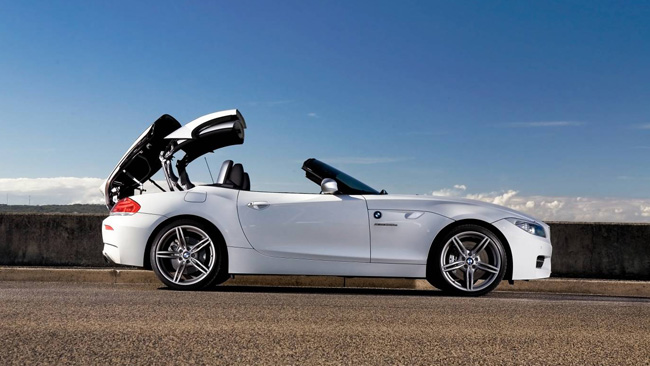 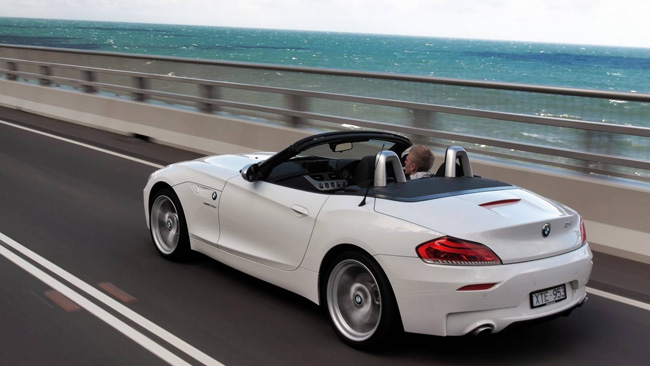