The flagship pocket rocket of the Fiat 500 range, with a turbo 1.4 under its snout and a host of uprated suspension components and brakes.

Late last year, the price tag on the Competizione was slashed significantly. The downside is a lot of the previously standard gear was releagted to the options list. We jump back in for a spin to see if anything is missing with the out going standard features. 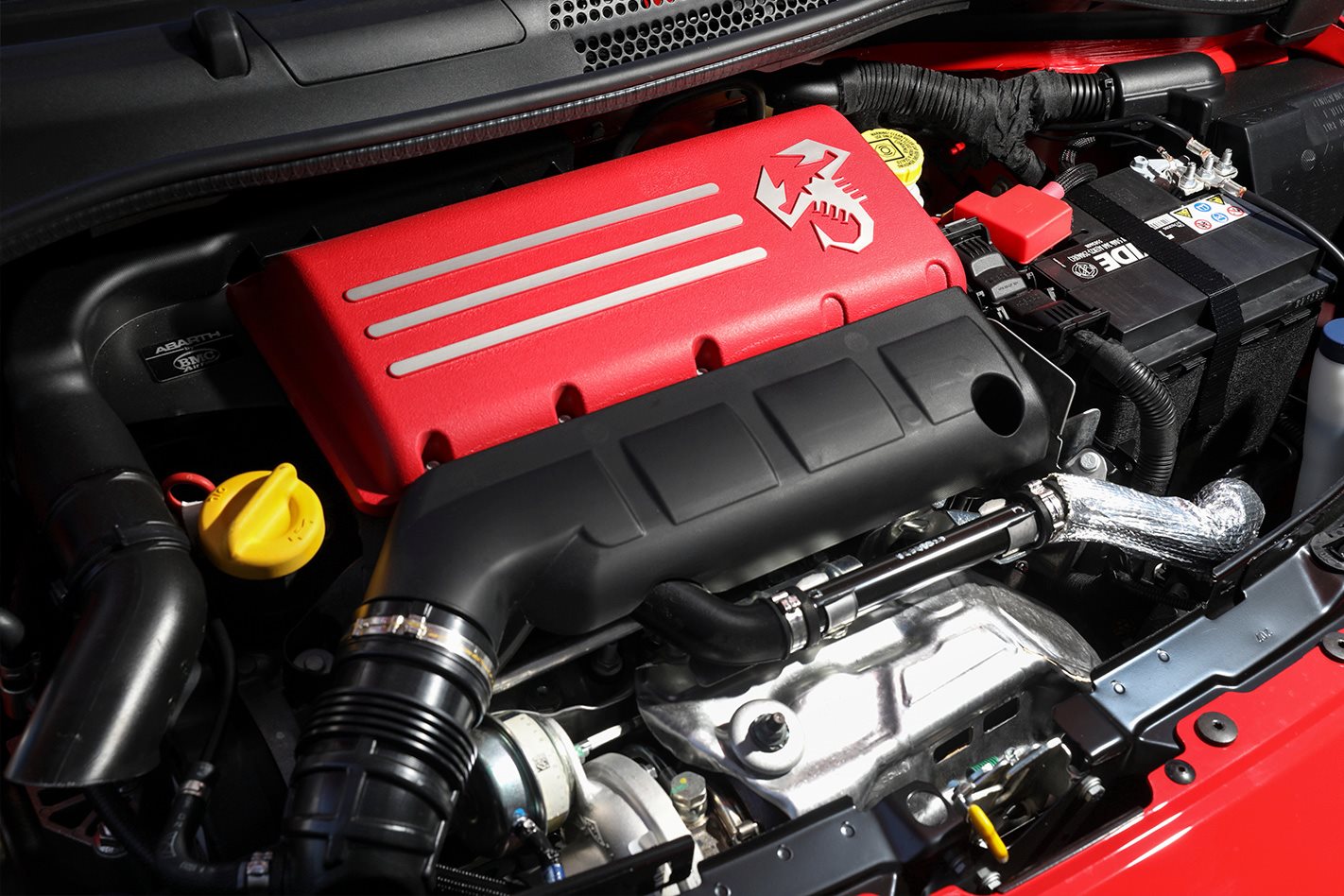 Save yourself $5000 and you could put the entry-level 595 on your driveway, but with just 107kW to its name, a muted exhaust note, sloppy manual gear-shift, more brake pedal travel and adaptive suspension on only the front axle, the more affordable Abarth feels like a close relative to the Fiat 500 donor. The Competizione, on the other hand, feels like a distant, athletic cousin.

LET’S cut straight to the chase. Even with a recent $8000 price chop, there is still only one car in the sub-compact hatchback segment that costs more than the Abarth 595 Competizione, so you’d expect to feel quality and value at virtually every touch-point in the little Italian, right?

Hop aboard, though, and you’re met with a cabin not far removed from the $17,990 entry Fiat 500. Some hard plastics, a tiny touchscreen and only one-way steering adjustment forces a seating position not unlike that of a Land Rover Defender. At least the utterly fantastic Sabelt carbonfibre racing seats redeem the situation to a degree. But wait, they’re a $2000 option.

Then there’s the practicality; or lack of it. Technically, there are four seats but the full capacity is only possible when the front row is occupied by Rhesus monkeys; the 185-litre boot is large enough for perhaps a swimming costume, and the only cabin storage is sufficient for a phone. But you shouldn’t attempt that because it will fall out at the first corner and get lost under the seat. 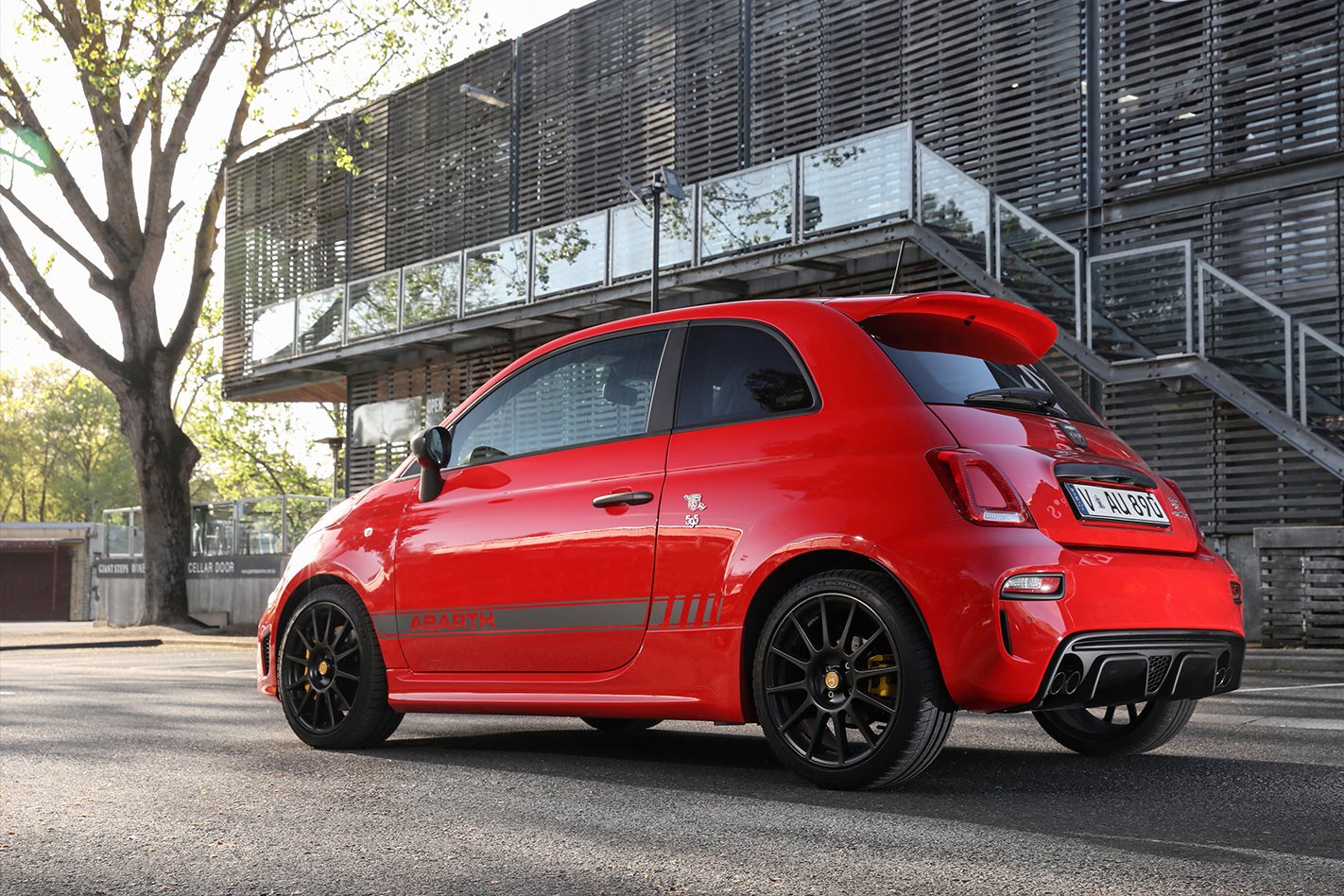 Then there is the 35-litre fuel tank which is fine when feeding the smallest 900cc Fiat engine, but here, feeding a 1.4-turbo four-pot with 132kW, you’ll be visiting the pump frequently. But wait – 132kW in a car that weighs 1045kg and has the same wheelbase as a Lancia Stratos? Now it all starts to make sense.

Read next: 2018 Abarth specials on the way

Click the notchy five-speed manual gearbox into first, give the 595 everything and it’s like you’ve stamped on its tail. With a bantam kerb weight and bags of front-drive traction, acceleration is lively in all lower gears and accompanied with a manic exhaust note from the standard Monza sport system. 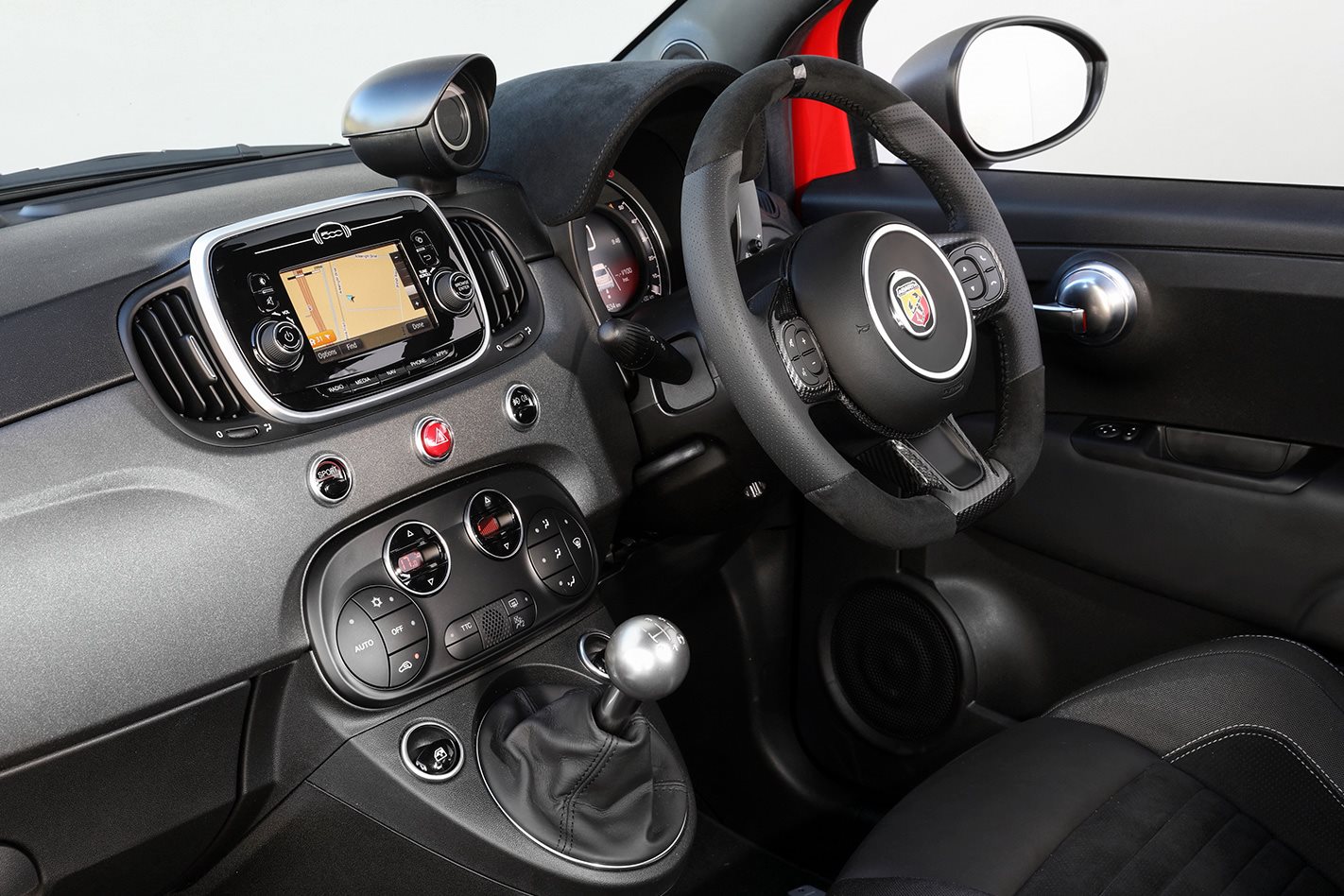 The Competizione gets adaptive suspension on all four corners that allows you to select from a very hard, vision-blurring setting, or one even firmer. But you can forgive it a few slipped discs for its manner on smoother twisty roads. Bodyroll is virtually nonexistent, handling is joyously playful and while there is plenty of torque-steer, the front end is easily managed and involving. The brakes won’t let you down either thanks to four-piston front calipers courtesy of Brembo, which translate to a firm pedal feel and tireless performance.

Yes, the 595 Competizione is pricey, and yes it has quirky Italian flaws you might not forgive another brand, but the result is a hugely likeable, almost human quality. Whether you are piloting the Abarth through your favourite roads or simply admiring its unique looks, the 595 Competizione will never fail to make you laugh out loud in delight and disbelief. 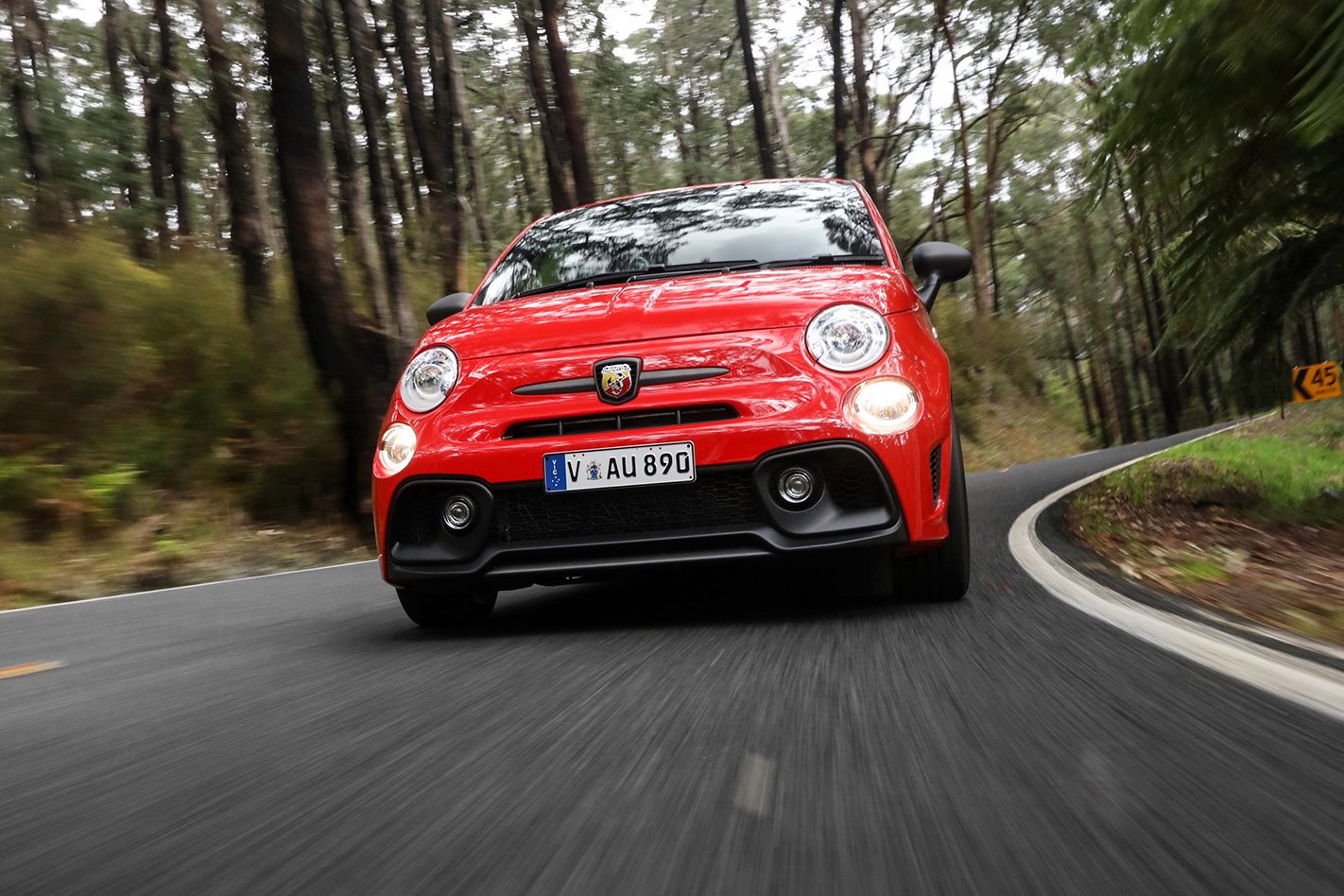 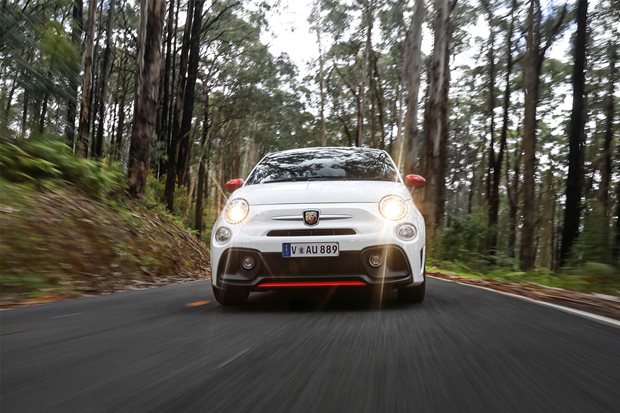 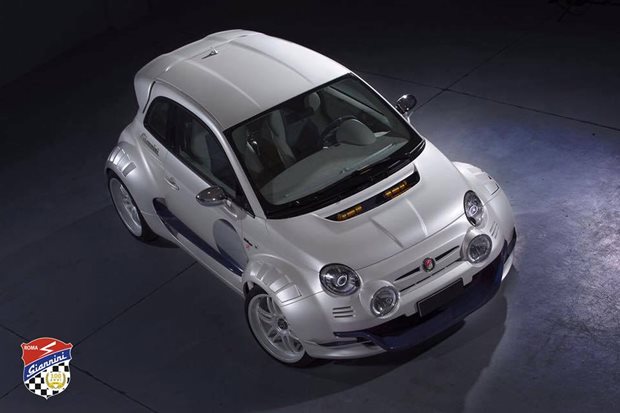 With the 1.7-litre turbo of an Alfa 4C sitting between its rear wheels and a mega widebody kit adding some saucy curves, the Giannini 350 GP is the Fiat 500 we’ve always wanted 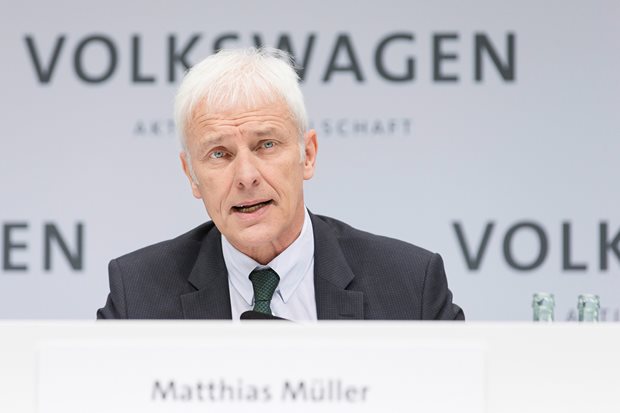 A week after saying he wasn’t ready for talks about a merger, VW chief Matthias Mueller now has a change of heart 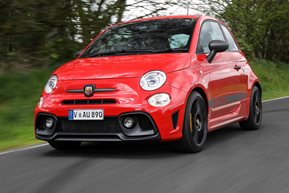