ABARTH’S recently simplified range of small sportscars will be joined by more exclusive specials next year, bringing fans of the scorpion badge a more luxury-focused option alongside the existing pocket rocket range.

Exact details regarding the rarer breeds are yet to be confirmed but, speaking at a media event this week, Fiat Chrysler Automobiles (FCA) Australia head of Abarth brand Fulvio Antonelli said the company would launch more than one new special edition in the Abarth ranks to build brand allure starting from next year. “One of the things you’ll see with us moving forward, in terms of exclusivity as a future pointer to the brand, is introducing limited editions and using those as a marketing tactic to bring appeal to the brand,” he said.

“Look out for 2018. We’re working on a number of projects at the moment and hopefully by Q2 we’ll be able to announce some really cool things.”

In Australia, the current Abarth range extends to two core models in the form of the 595, which uses the Fiat 500 as its basis, and the 124 Spider which is related to the Fiat 124 two-seat convertible sold in other global markets, with neither model ruled out for bespoke treatments here.

Either way, Antonelli confirmed that, like previous specials, the next versions would continue to target both performance and style-focused customers starting with a more luxurious variant. 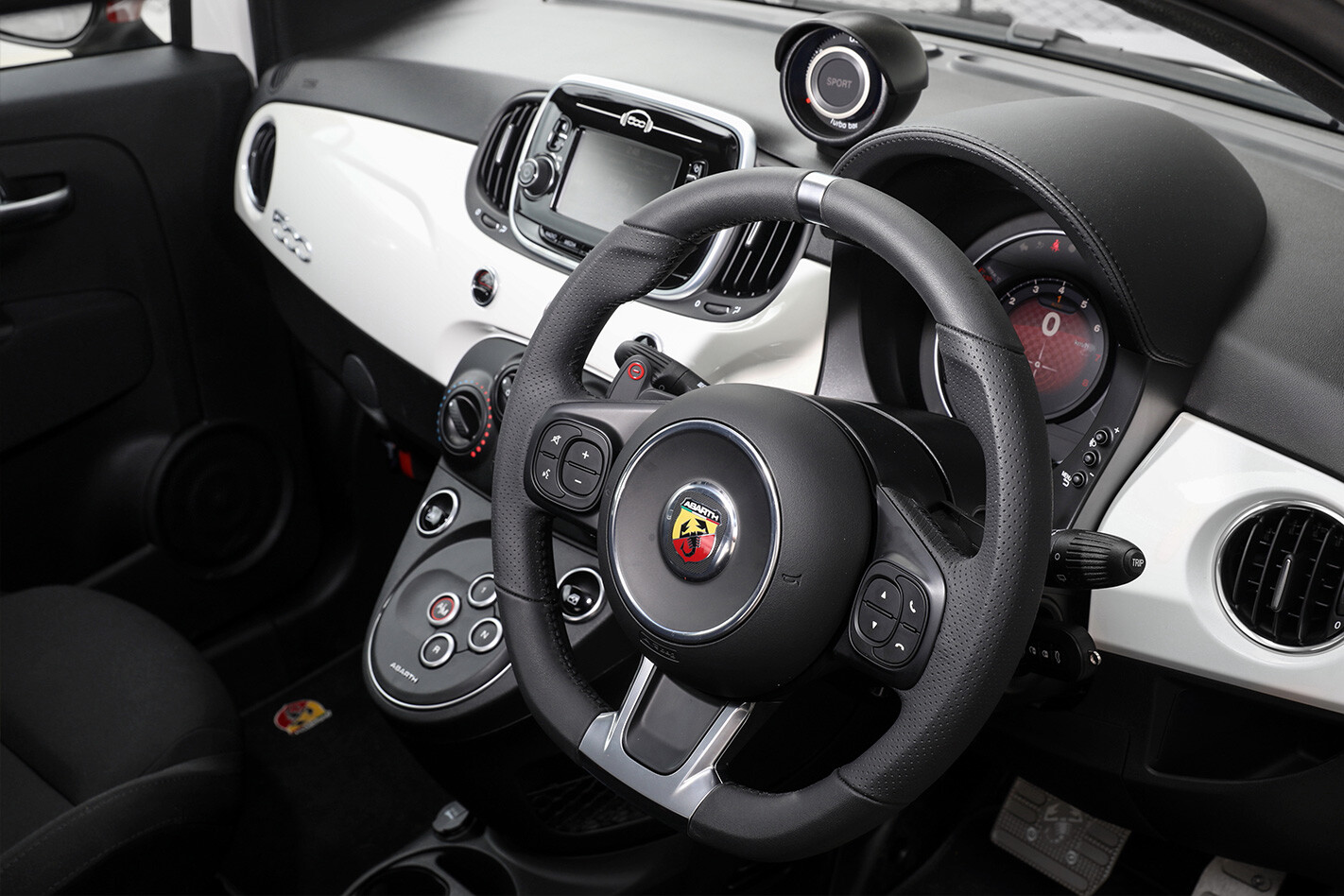 “I think we’ll do both. It’s important to have your stable product, but then you want to appeal to a really exclusive market. You can go luxury high-end or you can go performance high-end like Bi-posto was. I think we are ready to go the luxury high-end at this stage.

Given the 500 Gucci’s warm reception when it arrived in 2013 and other style-driven additions since, collaboration with another high-end fashion brand is not out of the question, and Antonelli said a renaissance of Italian brands could inspire the new Abarth variant.

“There’s a real desire for high-end premium products in Australia more, and more and I think Italy is cool again. If you look at fashion, Italian brands are flying.”

The 124 Spider is still enjoying the attention of a new model in the Australian market following its introduction a year ago, but the older 595 range has recently undergone a cull to freshen the line-up. “One of the things we wanted to do was simplify the range,” he said. “When you’re selling lower volumes, having too many options can be prohibitive to selling cars. With the Turismo models that sat in the middle, people either went to Competizione or they went entry level.

“The dealers are telling us we got it right. They love the new range because it’s very easy to order. Even option packs. We’re trying to make options very simple.”

While the company is still eyeing a small increase in sales following the range update, Antonelli said it was important to maintain the exclusivity of the niche brand.

“We wouldn’t mind selling just a few more. There’s definitely upside in terms of sales but it gets to a point where you don’t want to appeal to everyone. It’s why it’s such a unique brand because it’s always going to have that exclusiveness about it”.