THE new Volkswagen Passat could be the car that turns the Golf’s unloved, uncool bigger brother into the kind of success story it’s already been in the rest of the world. It needs to up its game against the highly-talented Mazda 6, forthcoming Ford Mondeo and VW Group sibling Skoda Octavia.

The eighth generation of the venerable Passat replaces the blandly drawn version that was introduced back in 2005.

As VW marketing spokeswoman Christine Roch was bold enough to admit: “The outgoing Passat was perhaps not the most emotional car.”

Despite this, it was fit for purpose, with value pricing and middle-of-the-road positioning making it a huge success.

Globally, Volkswagen sells more than 3000 of them a day, or one every 29 seconds – a fact that’s hard to believe in Australia where it runs a distant third to Golf and Polo.

The new one, however, carries the DNA of Golf 7, the kind of interior and technology that must make the folks at sister company Audi spit chips, and revised styling that’s noticeably less anodyne and more attractive – it’s Passat, but less plainly so.

As we’ve come to expect with any new German car, it also uses up to 20 percent less fuel, partly thanks to being 85kg lighter.

Yet the car’s designers proudly proclaim that it feels “heavier, in a good way”, as in more solid, classier and stiffer. It also looks longer, but it’s actually 2mm shorter, bumper to bumper, as a sedan or 4mm for the estate. Despite this, the wheelbase is 79mm longer, while the front overhang is 68mm shorter.

If that sounds like a good trick, it’s also 14mm lower – adding to the sportier stance – but has 26mm more headroom. Boot size is also up 47 litres in the wagon and 21 litres in the sedan.

Some serious work has gone into the interior, which feels premium and features a new and wondrous Active Info Display, a purely digital instrument cluster that’s 12.3 inches across and allows you to select various modes. It also allows you to shrink the dials to give a better view of the sat-nav map, for example, just like Audi’s Virtual Cockpit, only cheaper.

The new MirrorLink system, which loads the apps from your phone onto the central screen, and provides some VW-specific ones as well, is also featured, and may even make it to Australia if the company’s talks with Apple go well. At this stage, though, it’s Android-only, which won’t fly Down Under.

VW claims the Passat features more technical innovations than any other model it has ever launched, and there are plenty more, including Trailer Assist, which lets you reverse a boat or caravan using a joystick (the same buttons you use to adjust your wing mirrors do double service here).

Traffic Jam Assist will take the boredom out of your commute by doing all the low-speed accelerating and braking, and turning the wheel to keep you in your lane.

The Golf connection comes in the way the new Passat drives and rides, with all the good features of our 2013 Car of the Year titlist well in evidence.

The new progressive steering feels perhaps a touch lighter and a smidgen less involving than a Golf, but with the Sport setting engaged, there’s plenty here to please a keen driver, and both the ride and NVH are excellent.

The all-new 176kW bi-turbo TDI engine we drove isn't yet confirmed for Australia – demand for the diesel engine will need to be higher than for previous Passats, we’re guessing – but it should be. Smooth and super quiet, it’s a tractable, powerful engine with zero lag.

The V6 is no longer an option, but a 206kW 2.0-litre will be the new hero of the range next year. It probably won’t make it down here either, but who knows what will happen by the time it’s launched locally, a full year from now.

It’s a long time to wait, but with demand in so many other parts of the world so far outstripping our own, it’s no surprise. Things might change once the excellent new Passat finally arrives Down Under. 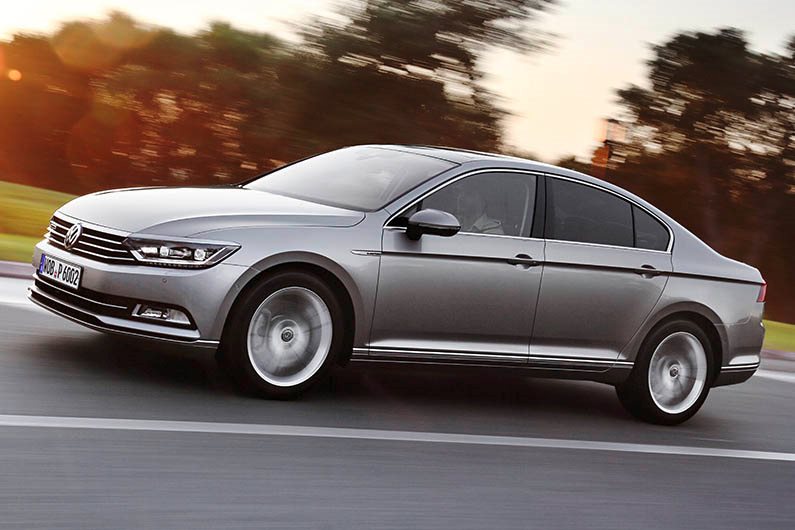 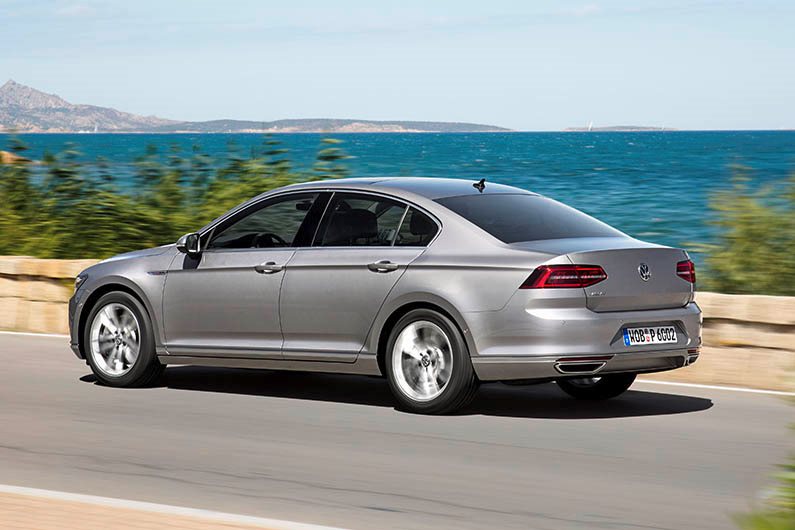 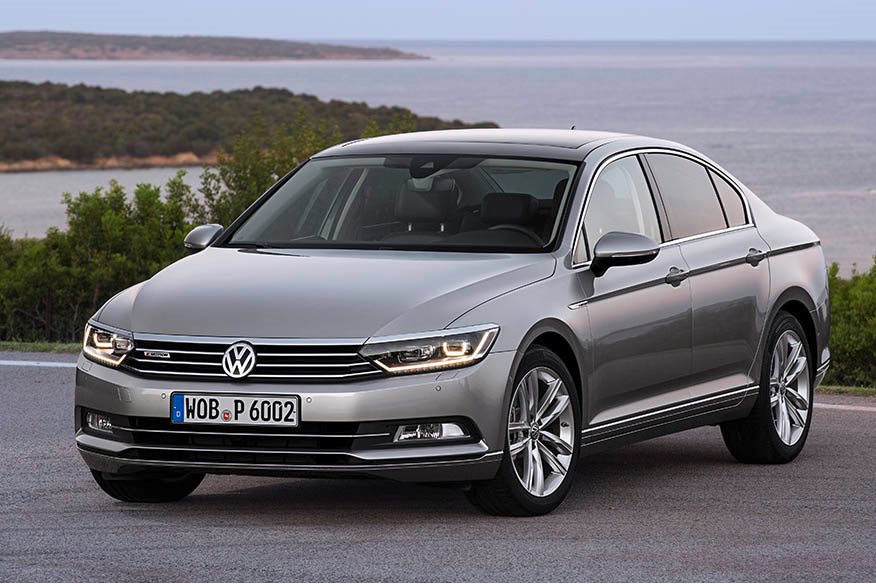 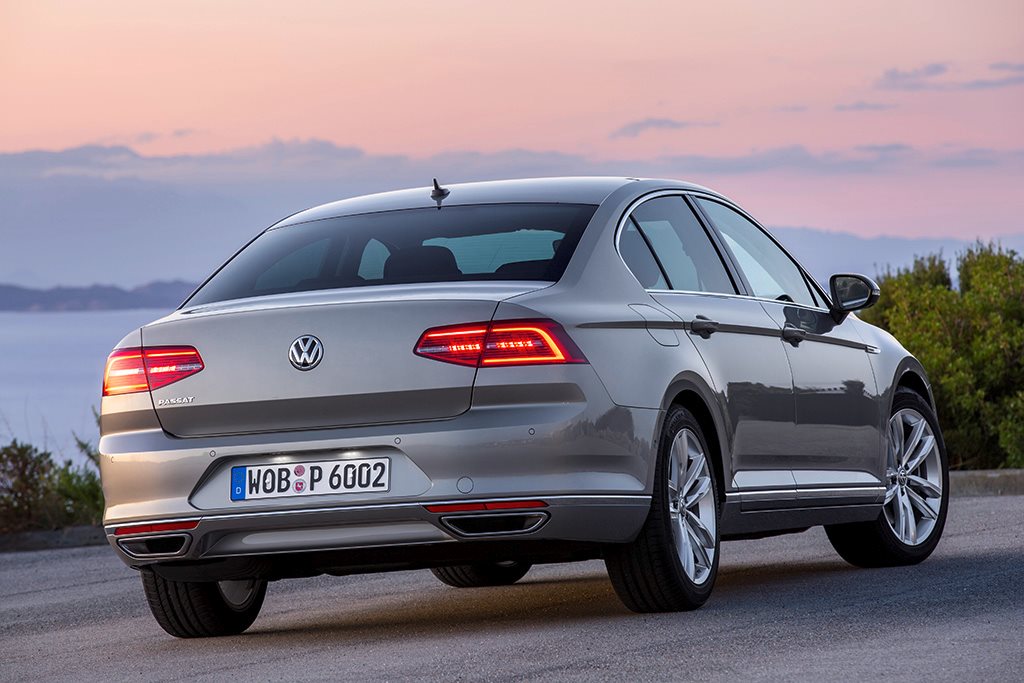 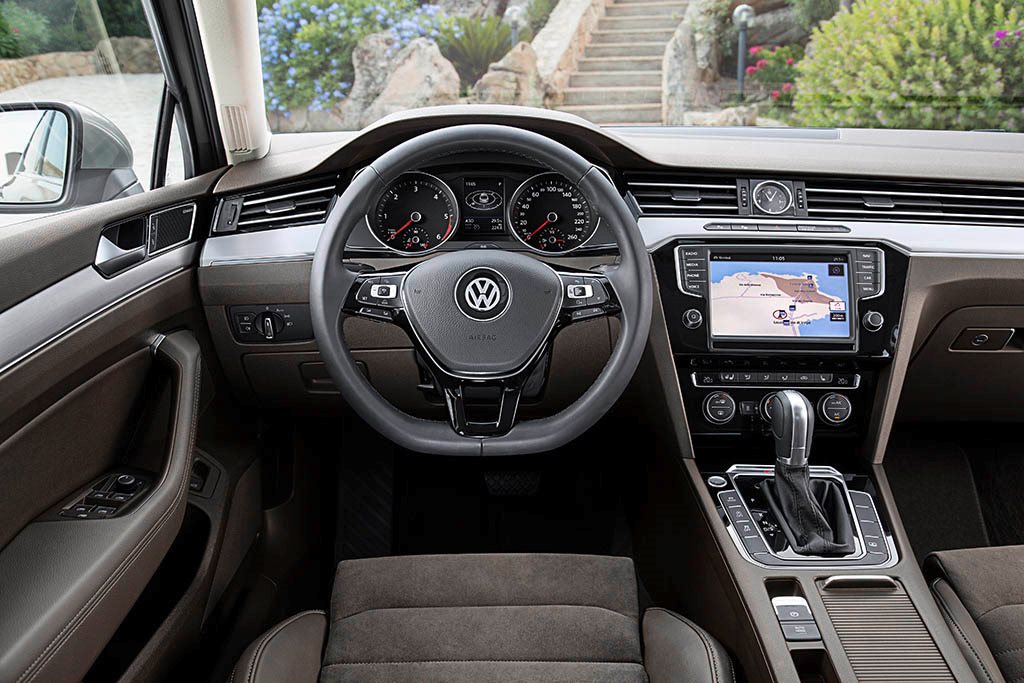 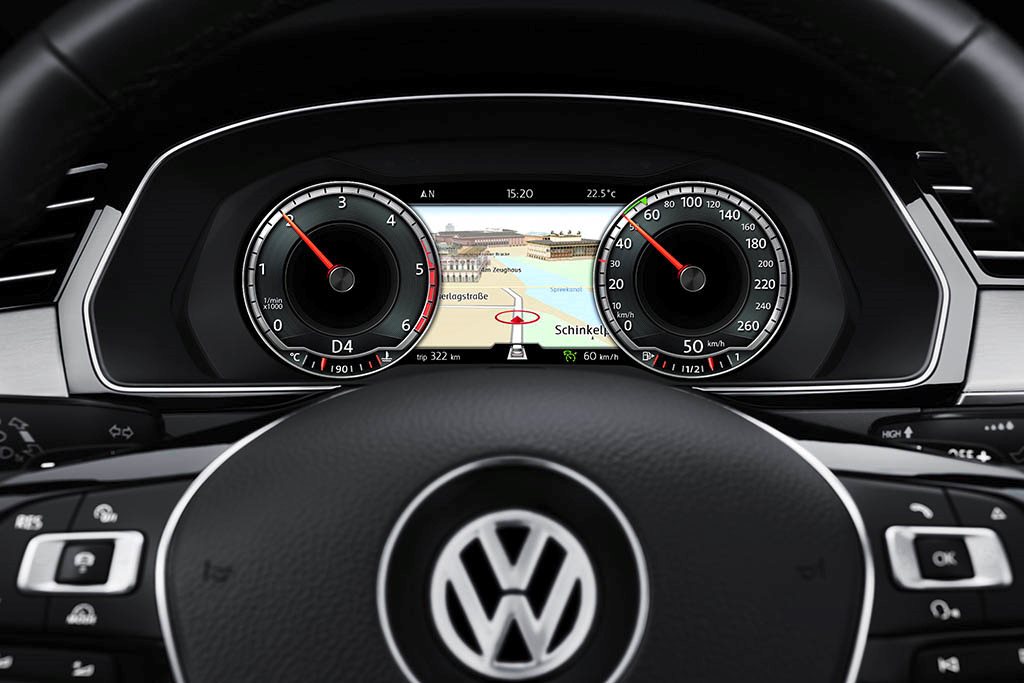