Packing more than 500kW, we drive the ultimate XR8

Packing more than 500kW, we drive the ultimate XR8.

What’s been done to it?

Despite the short time frame between them receiving the car and us driving it, Robbie Herrod and his band of merry men managed a complete overhaul. 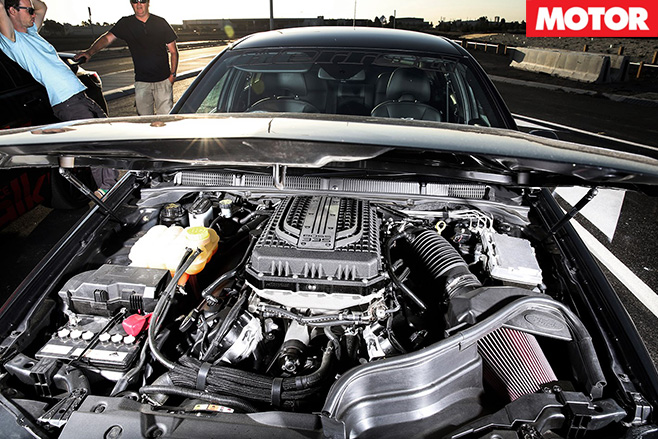 Thankfully, modifications for stopping and turning are equally extensive, including a set of lightweight 19-inch alloy wheels wrapped in Continental ContiSport contacts measuring 245mm up front and a handy 295mm at the rear.

Allowing such wide rear rubber is a set of Herrod-modified rear suspension blades, while the stock springs and dampers are replaced by a custom Koni setup. Brakes are by Harrop, with mammoth 381mm rotors up front clamped by six-piston calipers matched to 356mm rear rotors and four-piston calipers.

Absolutely. Looking at the numbers, you mightn't think so, as 0-100km/h in 5.08sec and a 13.12sec quarter-mile isn't significantly faster than the stocker. The clue lies in the trap speed, 185.17km/h being a good 10km/h faster than the regular XR8. 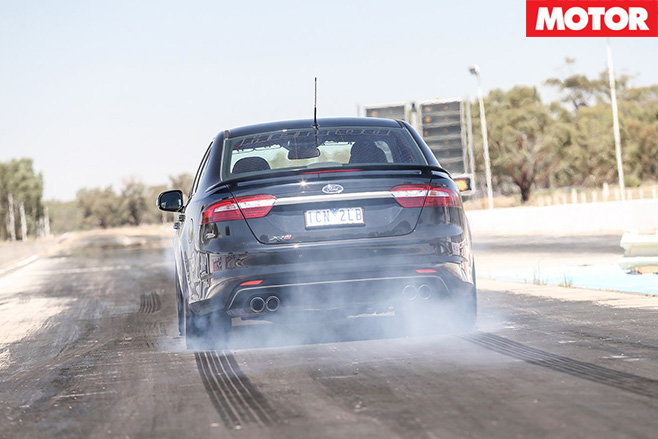 The problem is that the manual XR8 is almost impossible to launch cleanly as standard, let alone with almost 200kW extra. Walk it off the line and you're slow; launch with too many revs and there's rampant wheelspin; launch at lower revs and it'll axle tramp so viciously your eyeballs will be shaken from their sockets.

On the right surface, there's no reason why an auto-equipped Herrod XR8 wouldn't go the good part of a second faster. Put it this way, in a 60km/h roll-on drag with the Walkinshaw WP507, the two cars were absolutely neck and neck to beyond 200km/h.

Extremely well. Herrod has managed the rare trick of not just making the base vehicle faster, but improving it as an overall package. The suspension setup is softer than standard, making the Herrod car a much more comfortable cruiser without unduly hurting the XR8's cornering ability. 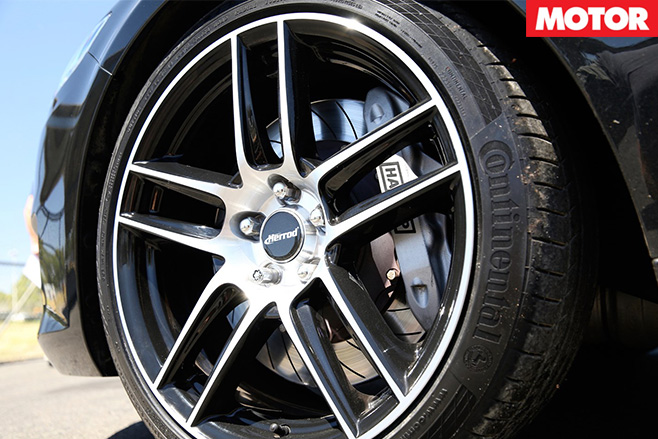 It's still a bit soft and wallowy, but then so is the standard car only with a much firmer ride. Traction is also improved, which is partly a result of the engine having a linear powerband. Unlike most supercharged engines, the Miami V8 is an absolute top-end screamer; the force from 4000-6000rpm is phenomenal.

Of course, given you more or less have to drive Falcons with ESP off due to there being no intermediate setting, it makes for quite a wild ride. Herrod's XR8 must be treated with the utmost respect simply because there's so much power on tap. 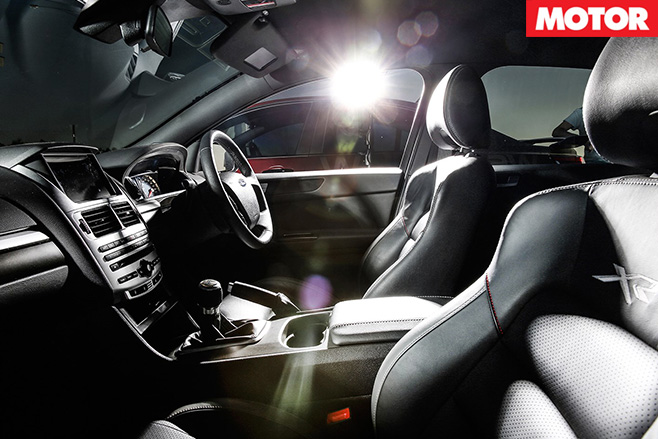 Herrod has even managed to improve the Falcon's much maligned seating position by sculpting the seat foam to locate the driver lower.

Faults? Despite the impressive hardware the brakes feel quite soft, which isn't very reassuring when you're approaching corners at Mach 2. There's also still work to do on the tune, as when coming to a halt after hard acceleration the car would sometimes stall. The latter is purely down to Herrod not having sufficient dyno time with the car before we had to drive it, so no doubt it will be sorted by the time you read this. 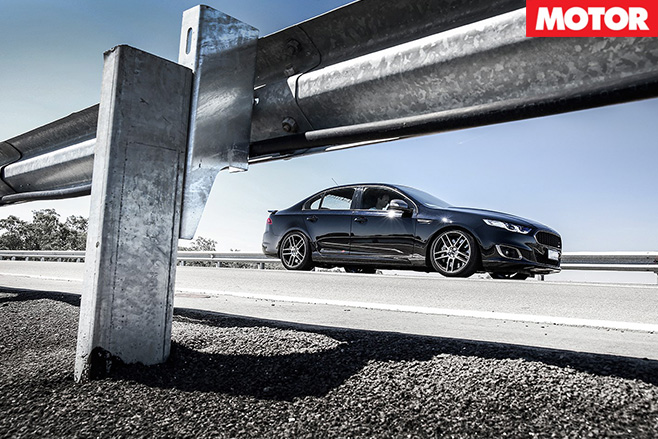 The Herrod XR8 looks great, drives well and goes like the clappers. The final FPV GT F proved that plenty of Falcon fans were happy to drop $80K (and more!) for the right car – they could certainly do worse than spending it on the Herrod XR8.

Keep an eye out for MOTOR’s April issue, on sale now, where the Herrod XR8 bumps gloves with Walkinshaw’s W507 GTS in a 1000kW-plus showdown.