In these troubled times even the rich have stopped buying and the supercar industry is on its knees. But for those that need to get their rocks off, salvation is at hand. The credit-crunch supercar is here. And yes, really, it’s a Ford Focus.

The new Focus RS, the 22nd Ford to wear the RS badge, is the quickest Ford road car of all time, beating even the almighty GT supercar’s time around the handling track at Ford’s Lommel test centre in Belgium. That’s just plain scary… 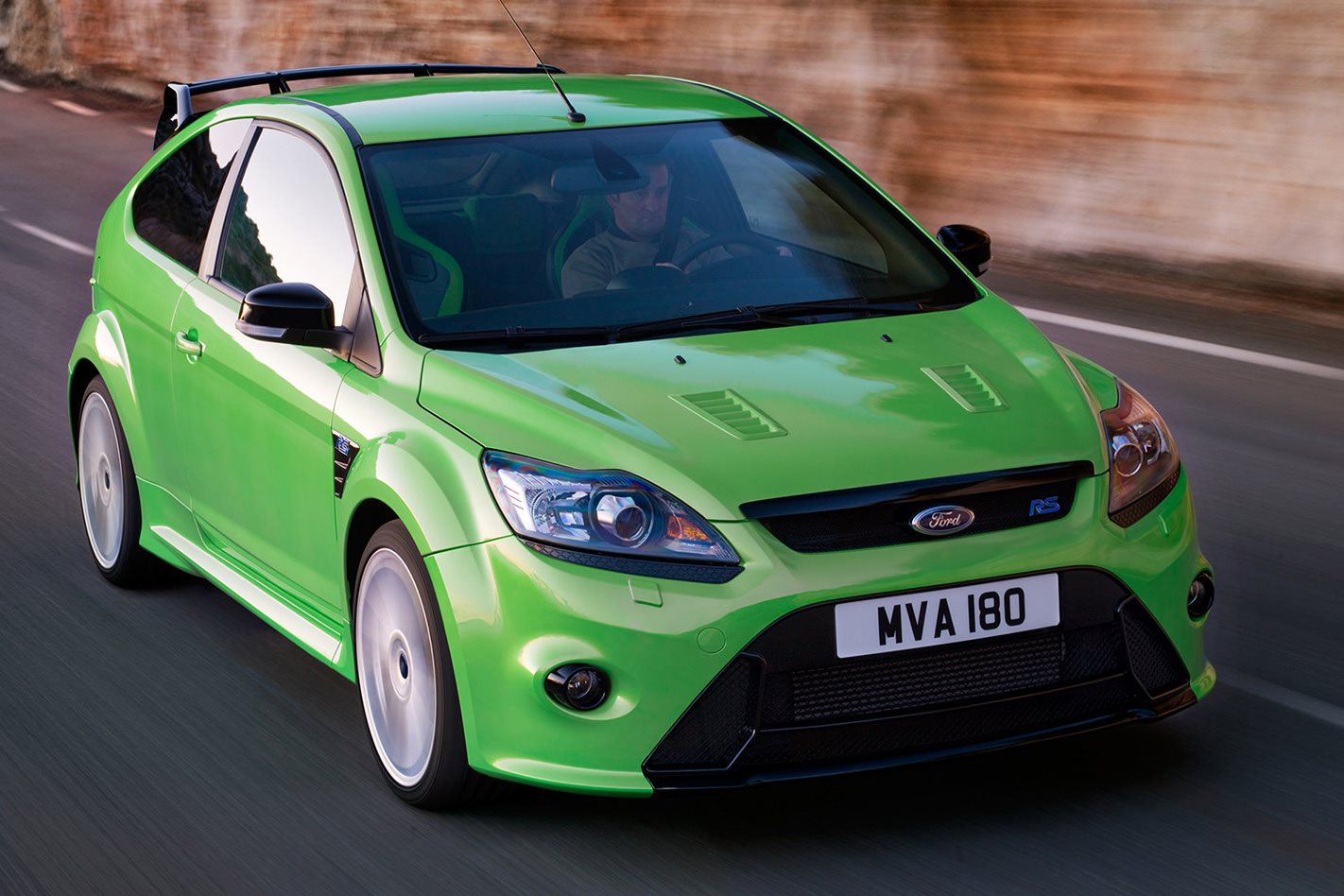 As is the car itself, especially in the optional Ultimate Green. The bodywork is a not-so-careful blend of WRC and nightclub bouncer. That deep vent and front splitter look like missing teeth from a distance, and there’s the flared arches to cope with the wider stance, vented bonnet, fake-carbonfibre interior, green-trimmed bucket seats and savage spoilers. It’s about as subtle as a pissed-off dog, but then it has the bite to back the bark.

It slams through 100km/h in an MPS-beating 5.9sec and will keep storming through the gears all the way to 260km/h. The turbo five offers a world of fun above 3500rpm, and towards redline, brings the kind of gurgling roar that reduces even respectable men to hooliganism. 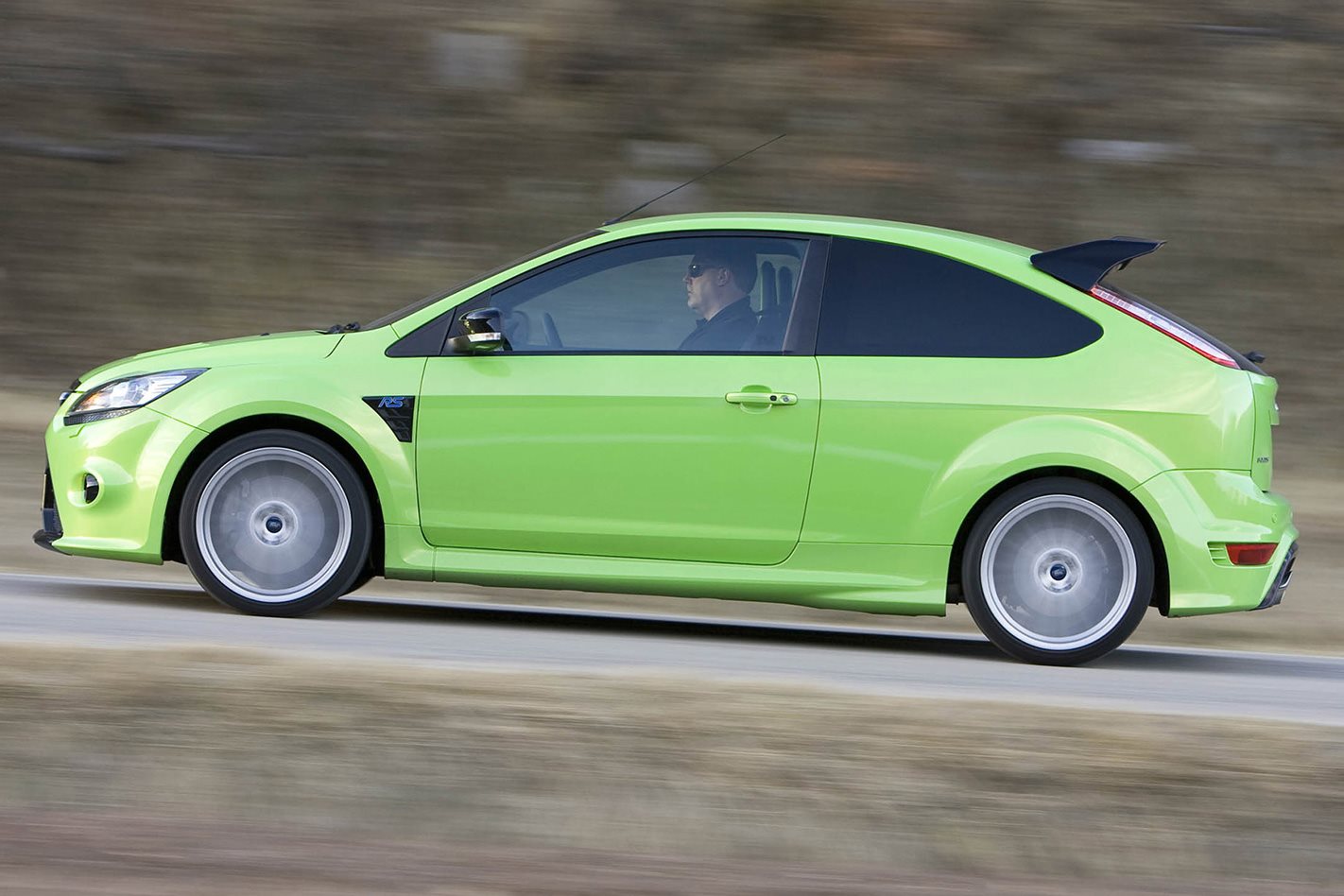 It’s an angry car – there’s even the rally-style ‘pop’ of unburnt fuel in the exhaust with a serious throttle lift. Then it hits a bend and things get really interesting. The creation of RevoKnuckle, a system that limits the kingpin movement has, according to Ford, redefined what’s possible with front-wheel drive – especially combined with a torque-biased limited-slip diff.

That’s the RS’s party trick, turning what could be an accident waiting to happen into a well-balanced supercar in hot-hatch clothes. It should understeer plain off the road, but with a healthy dose of throttle through the apex it tugs lightly at the wheel and does as it’s told – long after it should be in a wall.

Only a few years ago, the Subaru WRX STi and the Mitsubishi Lancer Evo were the established masters in this field. That Ford has managed to blow them away with a front-wheel-drive car is a bona fide miracle. It’s genuinely hard to imagine going faster through a bend in any car. 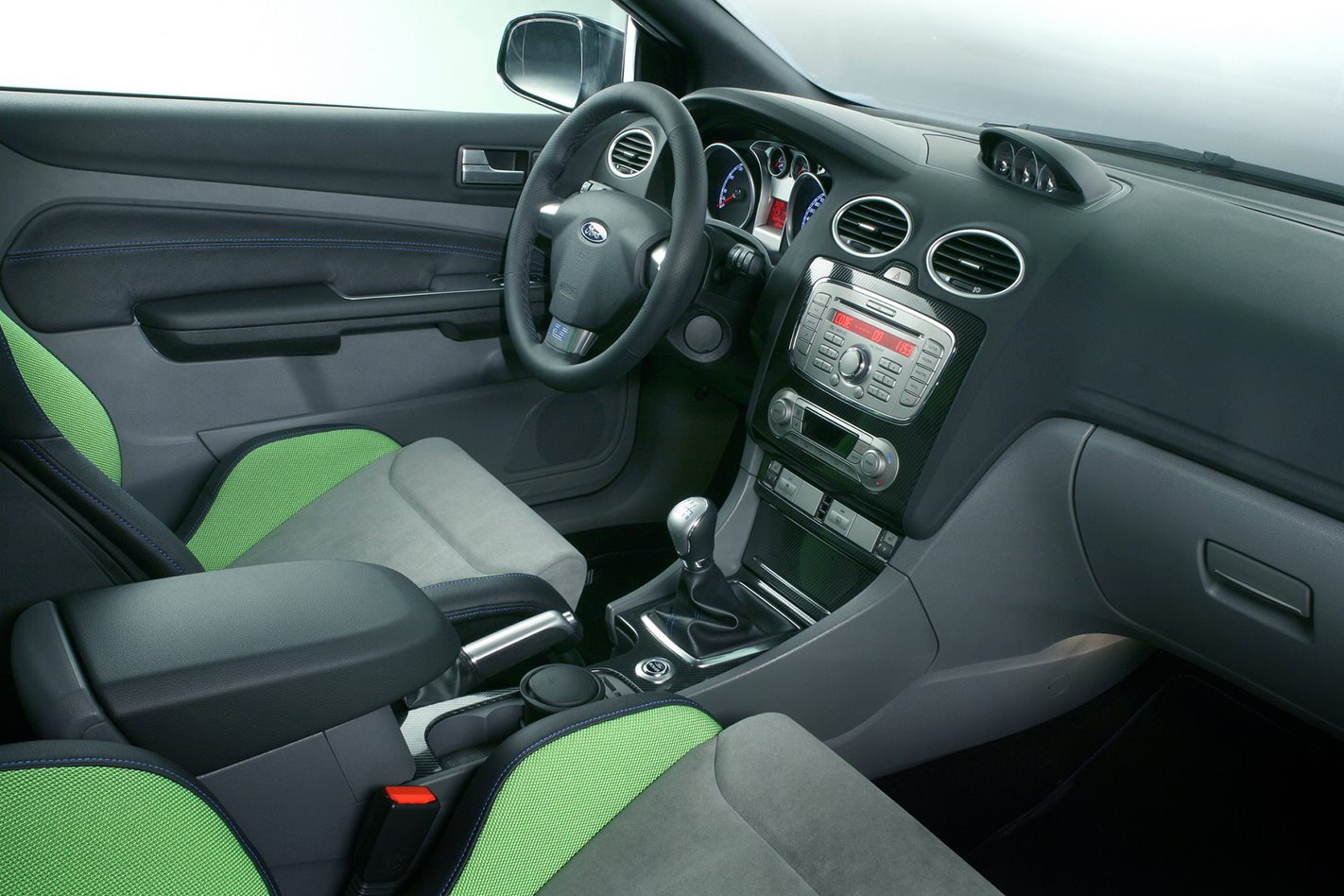 The ESP is well-tuned to the car’s lofty abilities, too, with Ford engineers clocking almost identical lap times during testing at Lommel with the system switched on and off.

The Focus RS is a mind-blowing technical leap forward, yet it’s more than that. It makes you want to drive the nuts off it on each and every roundabout, backroad, and anywhere there’s room to move. And that’s what makes Ford’s credit-crunch supercar such a great drive. 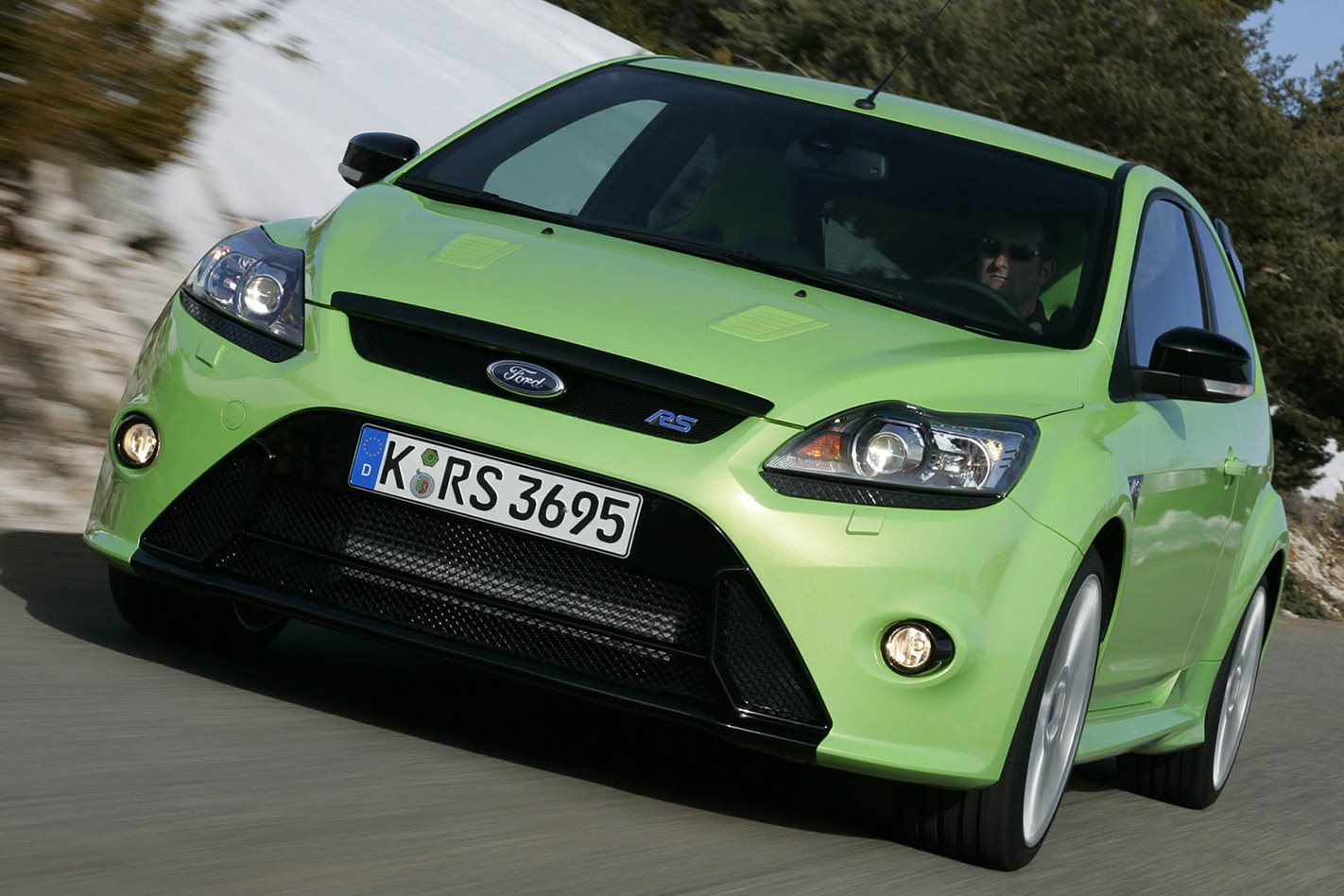 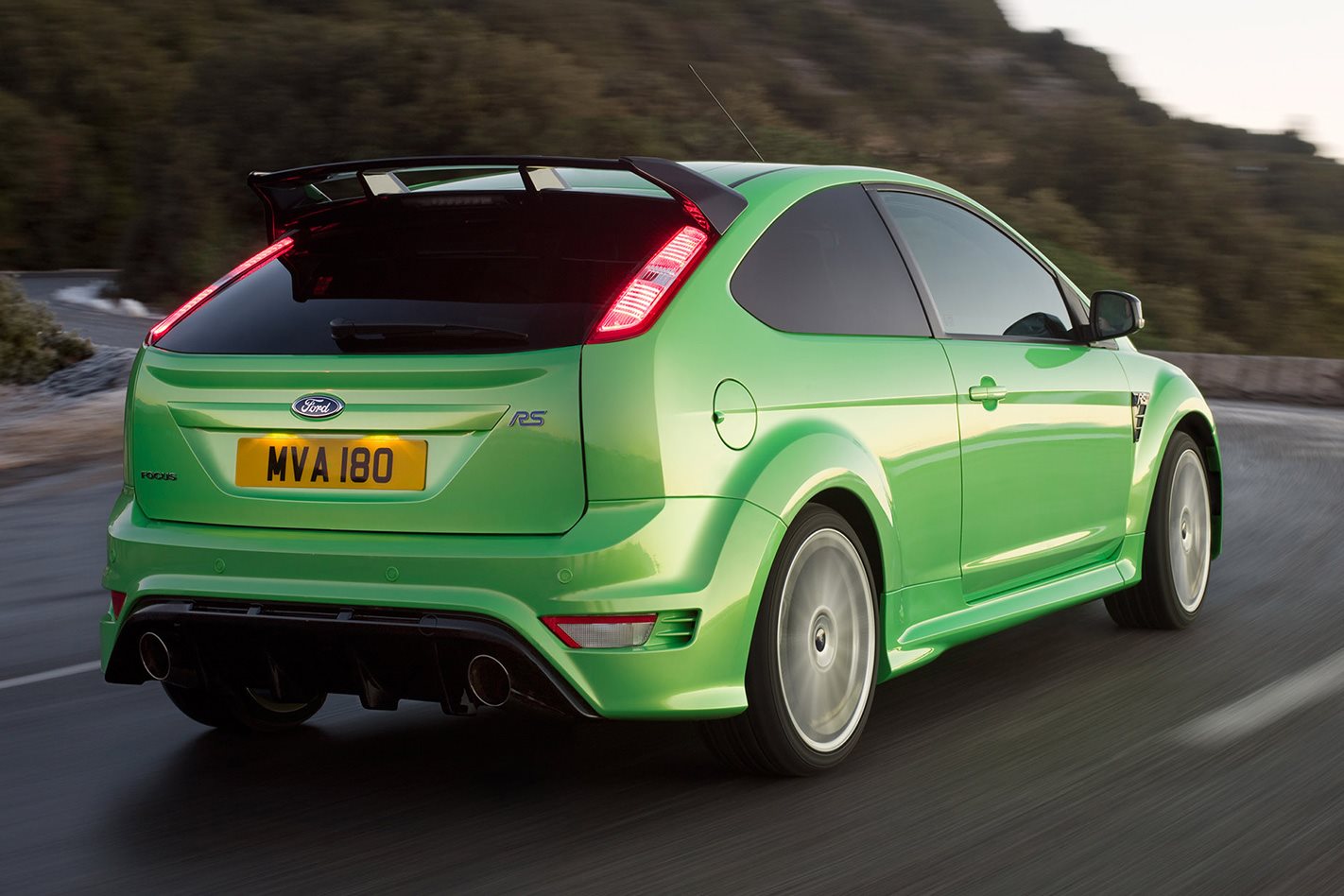 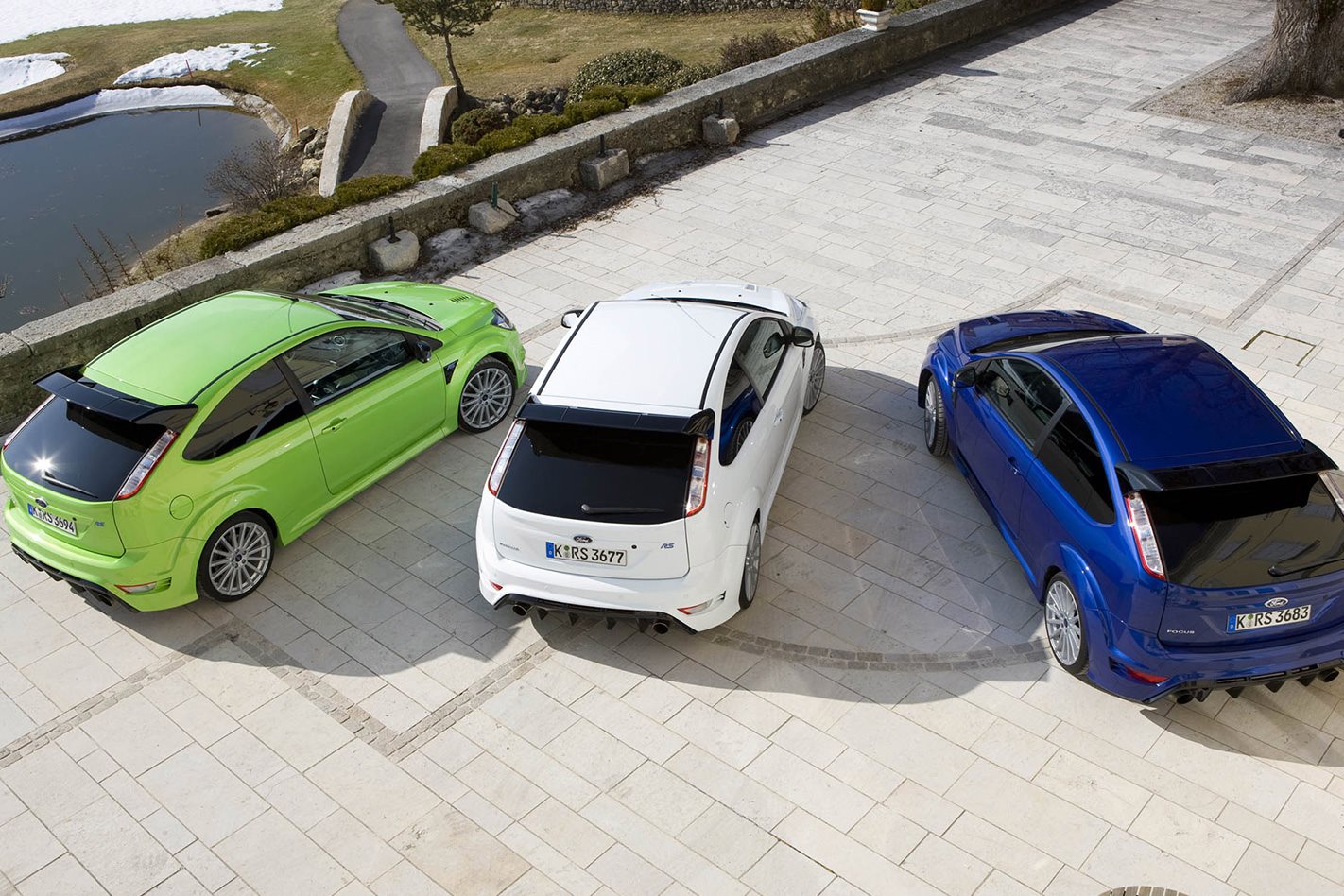 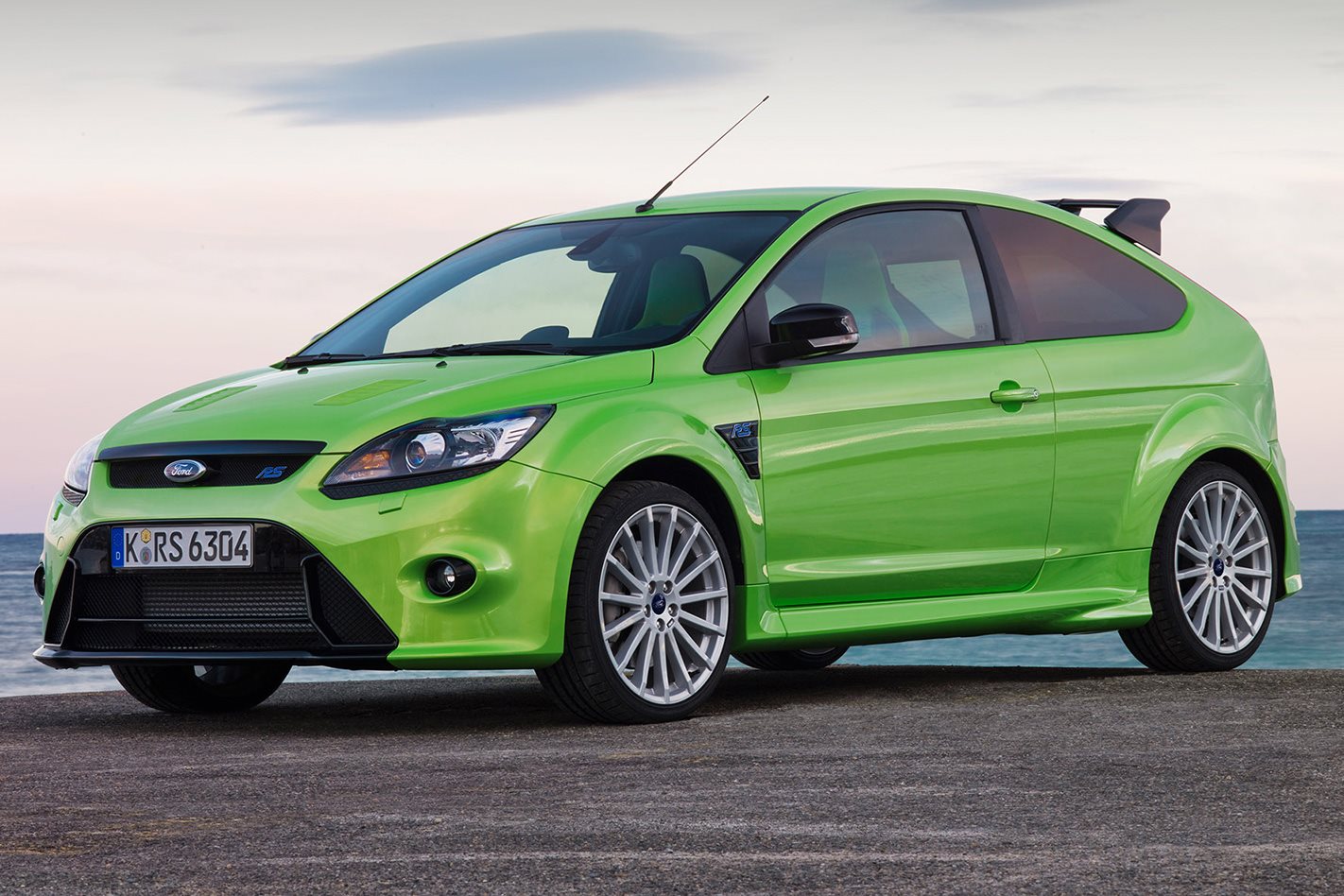 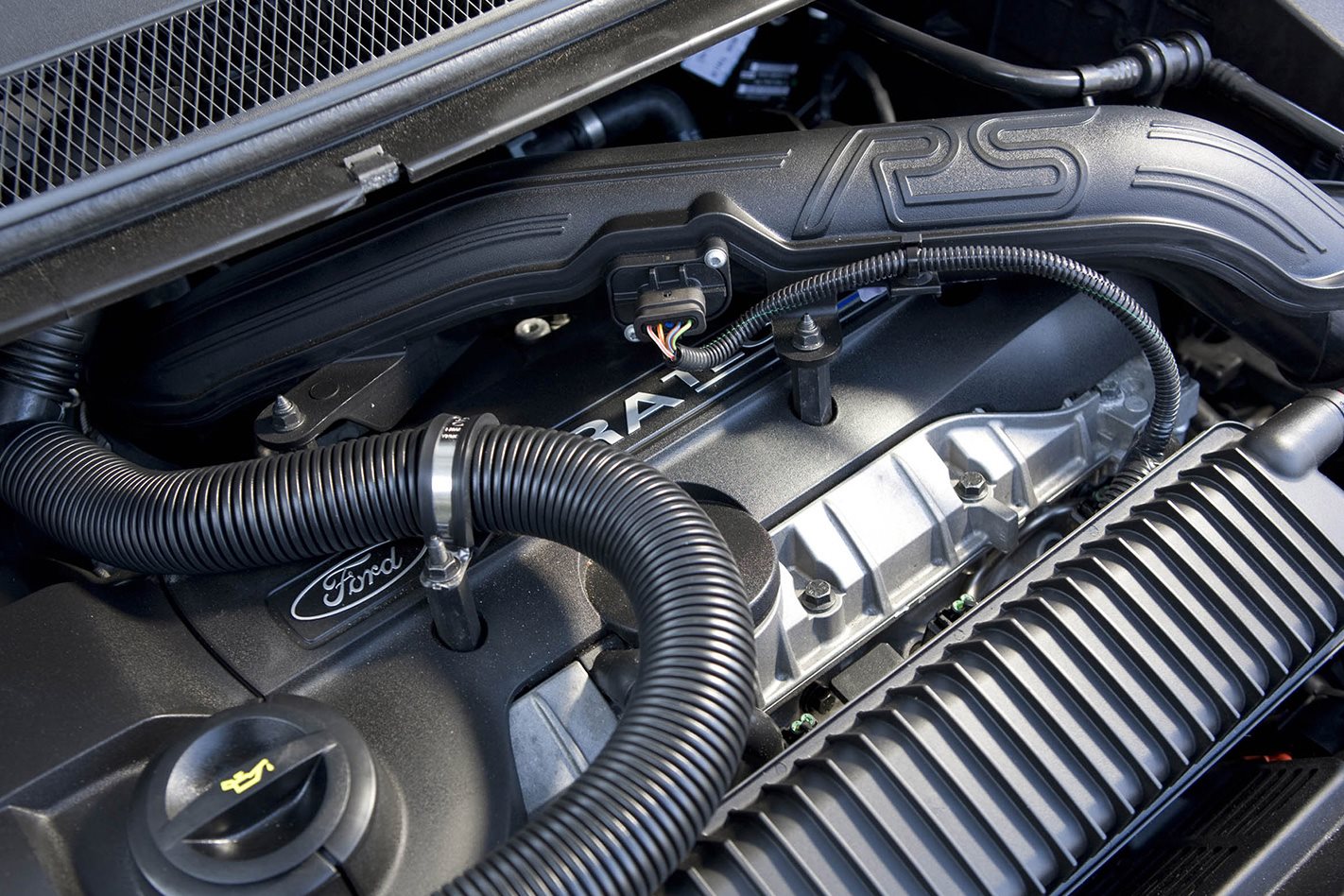 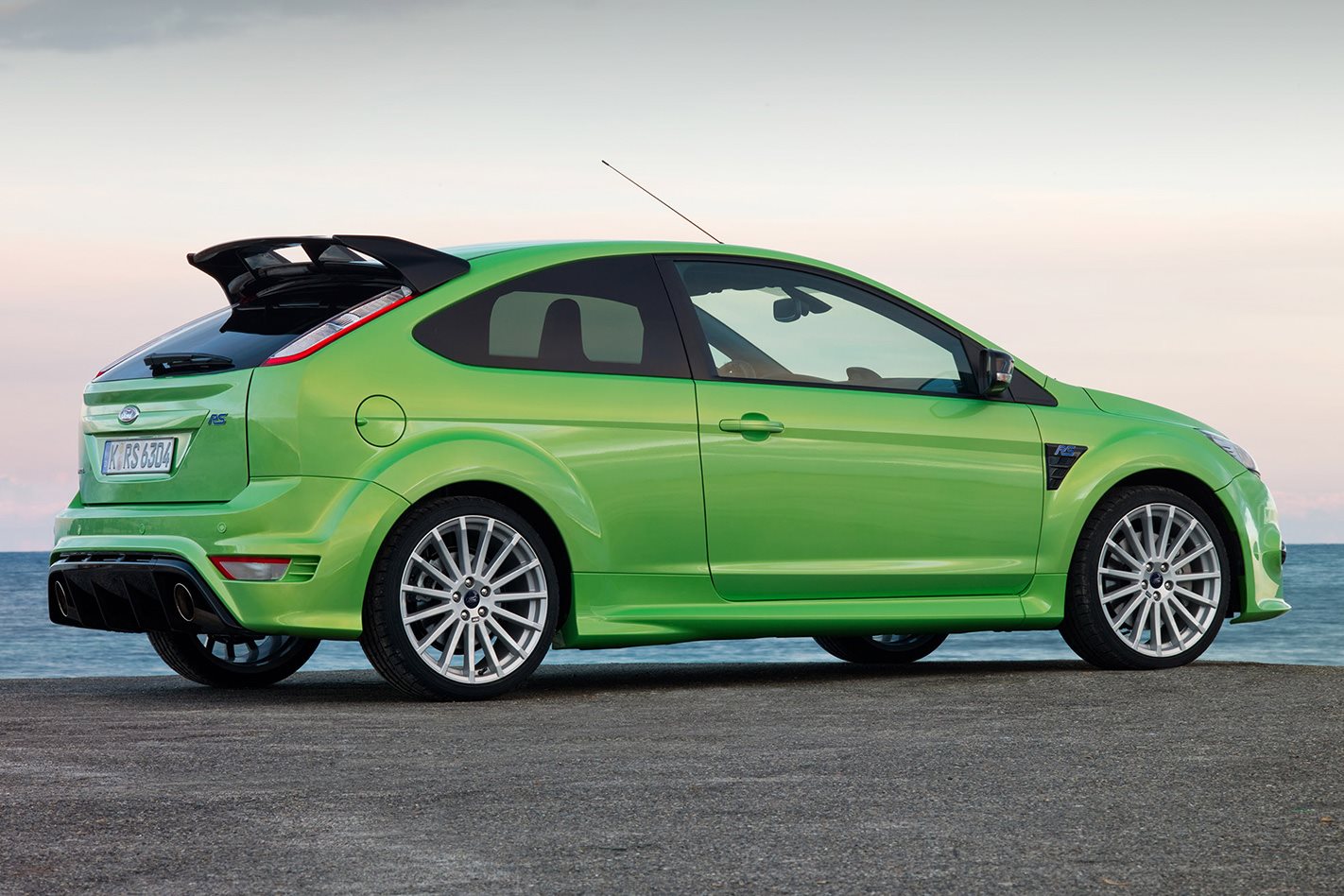