Deserves far better than a life at the taxi rank

It is incalculable how much damage the G6E – and indeed the Falcon – brand copped once taxi ranks began filling with well-flogged versions of Ford Australia’s flagship sedan. Talk about a halo around your feet.

So the FG-X, the swansong range of Falcon’s 54-year heritage, has arrived. It’s not terribly different from the FG II (given a modest $102-million budget). And there’s a turbocharged luxury-performance variant that wants your interest despite the cabbie stigma.

What’s the golden dangling carrot? Well, firstly there’s the new ‘global’ Ford facelift that makes the G6ET so much stylistically fresher, on the outside at least. Secondly, there’s the value quotient: Ford has wiped almost $10K off the price of the old FG II version. 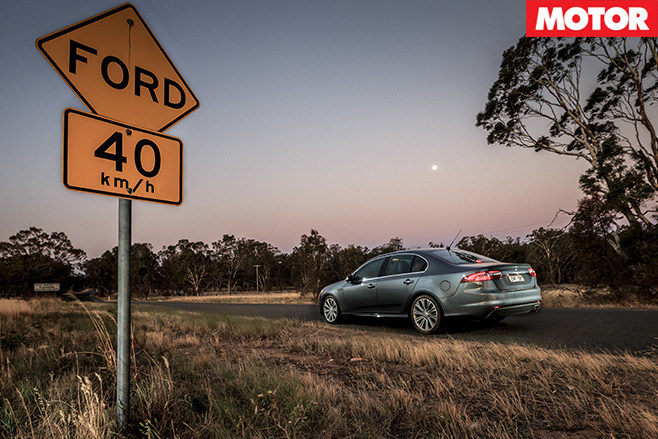 The sharper and cleaner looking G6ET now lands at just $46,550 (plus $385 for ‘premium’ paintwork). And a quick punt confirms that it’s an awful lot of Aussie car for the coin. A true bargain, in fact.

Frankly, it’d want to be given so little has changed under the new skin. There are no powertrain gripes, though – the carryover turbo 4.0-litre straight-six remains a tyre-shredding power house and it’s mated to the lovely ‘high-torque’ German-made (6HP26) ZF six-speed auto rather than the Chinese-made ‘low-torque’ (6HP21) auto the non-turbo Falcons get. So it’s got the same running gear as the XR6T auto. 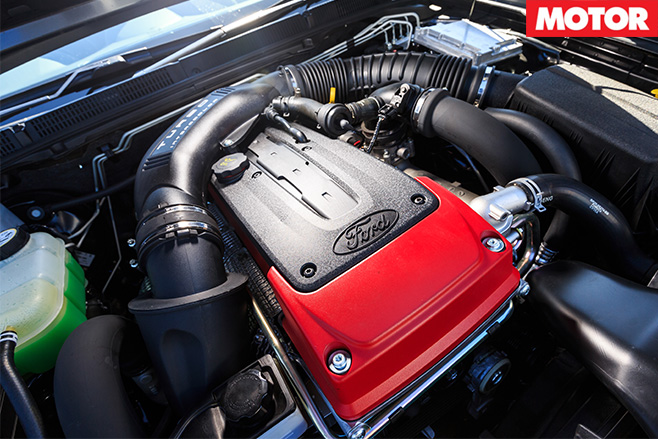 The only real mechanical and tuning change is the suspension. It’s firmer than the old G6E set-up (which has been ported into the base ‘Falcon’ model), though it still errs towards softness and compliance. In short, it’s one rung down from the sportier XR6 tune, two rungs below the XR8.

And know what? For the 95 percent of normal driving, it’s the suspension tune you’d go for on crook Aussie bitumen: supple, pleasant, but with purpose and plenty of grip and keenness when the tight corners arrive.

The hydraulic steering and modest – given kerb weight and outputs – braking package are ample rather than heroic, but that’s fine. If you prefer your Falcon track-ready, you’ll want ‘XR’ in the equation. However, if you want to bomb long distances in quiet comfort, forty-six-odd-thou won’t buy a nicer device in this size of vehicle. 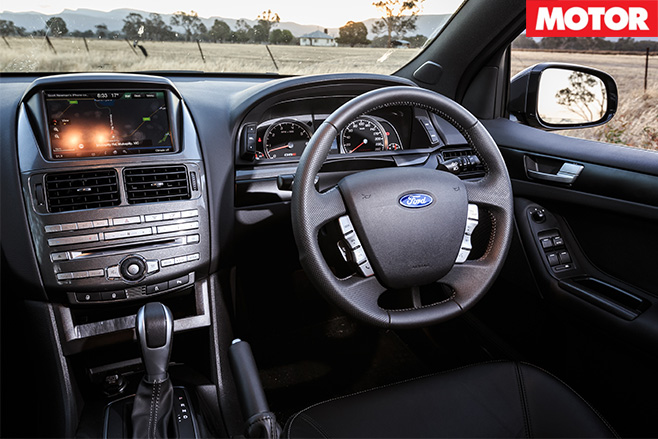 Inside, bar some G6E-specific colourisation and extra stitching on the door pockets, there’s not much to differentiate the new G6ET from either its forebear or the XR6 and XR8 breed.

You do get the neat eight-inch ‘home’ touchscreen and swanky voice-activated Sync 2 functionality but, then, so does most of the FG-X range. Also across the range, the old cream-coloured ‘hero’ leather hue has been replaced by a caramel-coloured hide.

Would you opt for the G6ET over an XR6T or XR8? As a matter of taste, certainly. There are no complaints on how much performance or comfort this car delivers, though possessing a proper ‘premium’ feel is a bit of a stretch. Will the sharp new look and price-busting value wash away the taxi aftertaste? The jury is well and truly out on that one. 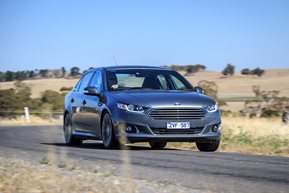