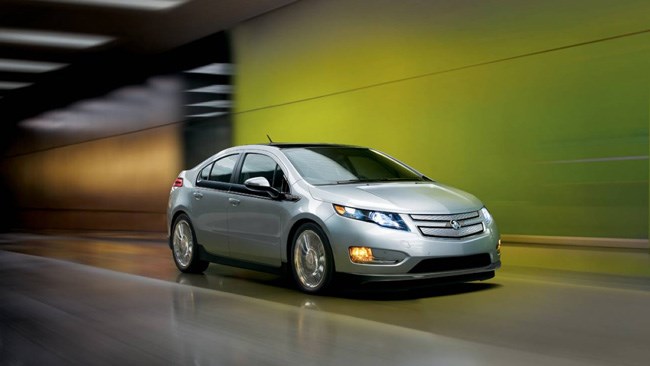 WHERE to start with the Holden Volt? I’ll assume you know this is GM’s plug-in electric car with a range-extender petrol engine. So let’s kick off with a few disparate facts…

WHERE to start with the Holden Volt? I’ll assume you know this is GM’s plug-in electric car with a range-extender petrol engine. So let’s kick off with a few disparate facts…

Floor the throttle in a Volt and, assuming there’s sufficient charge in the battery, it will accelerate to its maximum speed of 160km/h without using its petrol engine. The car’s 0-100km/h time is a claimed 9.0 seconds. Its main electric traction motor develops 111kW and 370Nm, with 320Nm available instantly from standstill. There’s also a smaller auxiliary generator motor rated at 55kW. Volt has a total driving range of more than 550km, with an electric-only range of 40-to-80km.

The Volt’s petrol engine is a 1.4-litre GM unit shared with the Holden Cruze (minus the Cruze’s turbo). The car’s 200kg, 16kWh, 288-cell lithium-ion battery takes four to five hours to charge from a standard 10Amp Australian socket (the other electric cars currently on sale in Australia – Mitsubishi iMiev and Nissan Leaf – require 15Amp sockets to charge). If charged daily from the mains, the Volt will not use its 1.4-litre petrol range-extender at all in normal driving – in a year, Jay Leno has travelled more than 16,000km in his Volt in Los Angeles without once having to put petrol in the car. However, he has used fuel: the car will initiate an engine maintenance mode every 42 days, in which it starts the engine, gets it up to operating temperature and runs it for 10 minutes.

It would take four and a half years to deplete a full tank of fuel through the engine maintenance mode alone. But fuel degrades in the tank. So after a year, the Volt goes into fuel maintenance mode, in which it starts the engine and runs the tank dry. It will give you plenty of warning that this is about to happen.

The Holden Volt shares its platform with Cruze – it weighs 1696kg, 247kg more than an automatic Cruze 1.4 SRi-V hatch. Its co-efficient of drag is 0.28. Its centre of gravity is 30mm lower than that of a Cruze. Its fuel tank sits behind the battery and has a 36-litre capacity. Its official EU fuel economy figure is 1.2L/100km.

As you’ve probably gathered by now, this is no ordinary car. And most of the facts you’ve just read were churning around in my brain before I pressed the ‘start’ button and moved away at Holden’s Lang Lang proving ground for a short drive. It felt like a special moment, an experience in a game-changing car – mainly because it was.

Okay, job one: nail the throttle pedal. With zero engine noise (other than a very slight ‘zim’) but plenty of torque, this thing goes well and will not be left behind in cut-and-thrust traffic. It’s quick enough, all the way up to very illegal speeds. Wind and road noise are surprisingly well-supressed, too. The car feels solid and dense and well-engineered. It corners well, with limited roll, decent steering and a compliant ride. The cockpit feels sufficiently special and high-tech to help justify its estimated $60,000 price in Australia, and its efficiency and driving modes are beautifully displayed both on the dash and in the centre console screen. You are encouraged to keep a large green ball in the centre of a bar by using gentle throttle applications. Go too hard and the ball rises and turns orange. It’s fun and intuitive and easy to use.

The car has three main driving modes, which it shifts between seamlessly and automatically. First is EV only (charge depleting) mode. The second is extended range mode, where it uses the petrol engine to sustain a minimum amount of charge in the battery once the main charge is depleted. In this mode, the engine is effectively ‘catching up’ with what you’ve just done, driving charge back into the battery in equal proportion to the amount taken out. So if you’ve been driving with a heavy right foot – as I had – and come to a standstill, you hear the petrol engine whirring away to recharge. With a gentle throttle and plenty of engine and brake regeneration, the petrol engine won’t be needed often to keep that minimum charge constant. It cuts in with supreme smoothness, too, inaudible at low revs.

The third driving mode is the only one in which the Volt’s petrol engine drives the wheels directly through the car’s planetary gear set and the auxilliary motor. It only happens at speeds above 80km/h and with the battery at minimum charge. In this mode, the Volt is as close as it ever gets to being a conventional ICE car.

In the vast bulk of its normal working life, however, the Volt will operate as an electric car, one you plug in to charge, with potentially zero emissions (subject to how the electricity was generated) and no range anxiety.

We’ll wait until we get the car onto a road for a proper assessment, but on this short run on a test course, it proved itself quiet, fast enough, and superbly engineered. Good enough to be my first tip for 2012 Car of the Year. 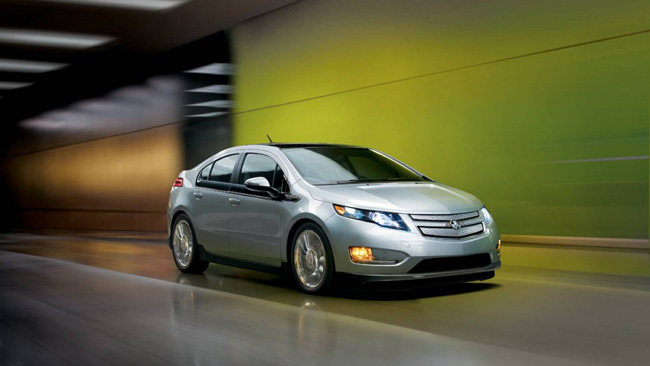 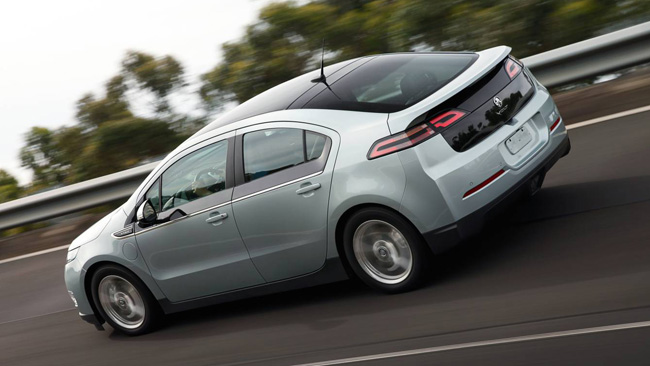 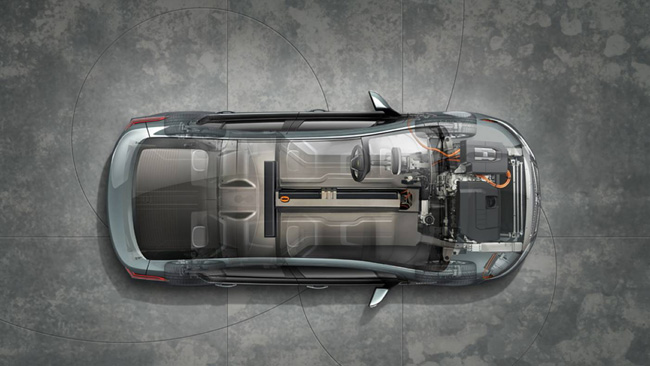