You don't have to be a rocket surgeon to understand that breaking Into triple figures in 4.9 seconds is quick. Really quick. And going on past form there is no doubt the latest generation of HSV’s hot Commodores have the ability to crack the magic sub-five second barrier.

MOTOR has done it before with a GTO coupe - just - and, after a quick trip in an E Series Senator Signature, it won't be too long before we do it again. While we didn't have the chance to strap the VBox onto the camo-clothed Senator Signature development mule we drove, it feels like it could do it on its ear. 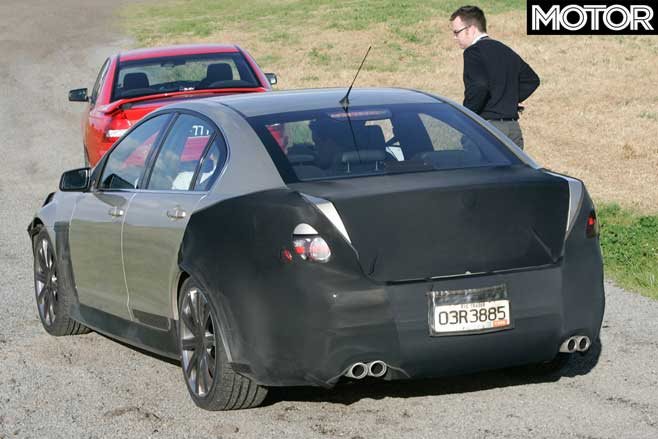 We'll certainly put it to the test in the next coupIe of issues when we get the chance to really see what HSV's updated ClubSport, GTS and Senator are really capable of. Yet after the brief drive we had around the back streets of HSV‘s Clayton HQ, the Senator has definitely lifted the local high-performance game to a whole new level.

The 6.0-lltre LS2 already had a fan club In the MOTOR offices, and the subtle improvements made to the latest version make it just that little bit better. There are heaps of grunt on tap even at low engine speeds - and it sings a much smoother tune than the Holden 6.0-litre at the top of the rev range.

Although the mid-range is where you want to keep the needle in the twisty stuff - with gobs of torque and plenty of headroom - the top-end tempts you into its devilish lair with screaming bravado. It sounds sweet with the new extractors and quad pipes outlets, while it is also clear HSV has also put a lot of time and effort into tuning the Induction sound of the big-bore bent LS2 V8. 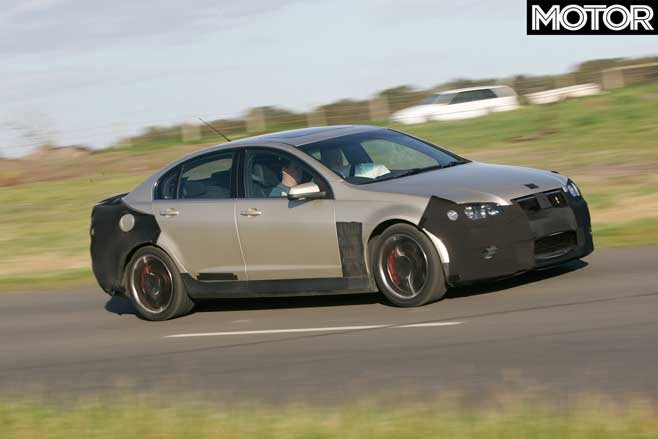 The six-speed auto in the development mule we drove was playing up a bit on our short drive, so we will hold off making judgements until we get our backsides into a production vehicle. But it was obvious the brain was operating on a different level to the standard SS, with quicker and - more noticeable - shifts and less flare through the torque converter.

There can be no denying that the bigger boots and Magnetic Ride Control succeed in improving the balance of the ride and handling. Like the VE models, the steering is light years ahead of where it has been and provides near-perfect poise and stability on the freeways with great on-centre feel and fantastic feedback when the blacktop gets busy. Even on a short blast across some pretty patchy bitumen, it’s evident that the Magnetic Ride Control is working.

In standard “luxury" mode, the bumps were soaked up with ease and the ride quality was on par with most high-performance luxury sedans. Push the button to activate the MRC, and a noticeable edge creeps in. It doesn’t turn it from plush to punishing, but it clearly works. Again, we’ll get a better understanding of its potential when we get our hands on a car for a test longer than a couple of hours. 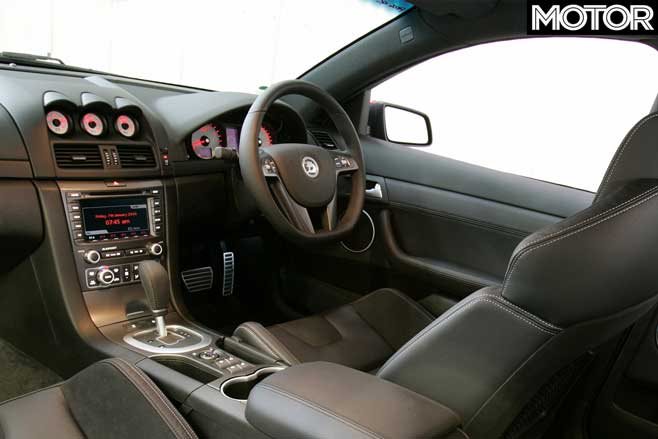 The cabin feels classy and more integrated than it’s ever been. The steering wheel is chunky without being OTT, and there is plenty of adjustment and support in the seats to suit most drivers' style.

But, in the end, it all adds up to one of the most comprehensive high-performance cars ever created - particularly when you consider it costs a fraction less than some of the big bangers from Europe. Watch out world, I sense a mega comparo coming on! 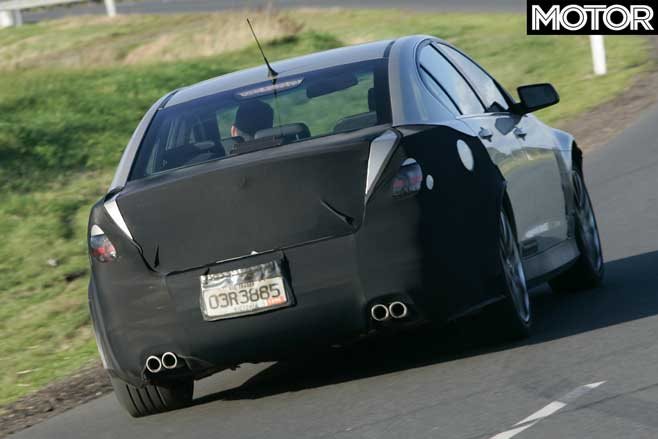 It might not look like it from the outside, but Holden and HSV have been working together closely on its new high-performance heroes.

The General has been creeping into the ClubSport's cave for the last couple of years with the advances it has made to the SS, but HSV claims it was never forced to up the ante simply because its little brother's balls had dropped and it was starting to bulk up a bit. The fact that the latest HSVs don't look like souped-up SS Commodores any longer is proof that the partnership is closer than ever.

“The relationship has never been better," says Phil Harding. "It feels good at the moment and there is certainly no sense of either of us forcing or pushing each other. We share our plans with them and they know what we want to do, and then we agree on the territory each of us is going to occupy.

“I think there has been a perception out there that we have been fighting each other, but that's not the case."

While HSV won’t disclose its total investment into the E Series - as it seems small compared to Holden’s $1.2 billion spend - it says it is the largest lump of cash it has ever dumped into the development of a single new model.

In fact, it‘s three times as much as the VY-VZ facelift and more than six tithes as much as the last full model change from VS to VT in 1997. Throughout the engineering development, HSV built over 45 development mules - four times more than the VT program - and shipped them to the far reaches of the globe for testing. including the USA (transmission testing), UK, Spain (brake testing), and Sweden and New Zealand (for ESC and ABS calibration).