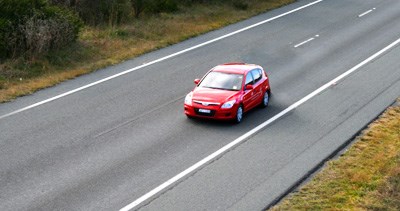 Capitalising on the folding stuff.

Trendspotters will have long ago clocked my tendency to tick family-friendly traits in Wheels long-termers. Editor Ged is in the same boat, although his brood is burgeoning while mine is perched resolutely on the edge of the nest. Indeed, one's just taken flight, with the help of our i30 CRDi long-termer.


No surprises, then, that my yardstick propped up against the i30's shapely flanks measures family functionality, commuter friendliness and long-haul capability. Which, when you stop and think about it, is a fairly representative mix for most people.

So, with its cruise control quirk checked and, we're told, rectified (under warranty via a quick switch adjustment at Hyundai's Sydney HQ), the stage was set for a full-on family functionality-fest.

The outward bound leg of our 600km round trip to Canberra's Australian National University (to where, says the proud dad, my son has flown the coop) was with the i30 loaded to the gunwales. Literally.

Thankfully, the flip-and-fold rear seat made it possible. In fact, flipped, folded and flat, the car's rear became almost van-like. Not quite as van-like as the lower-floored Jazz and Roomster (both previous long-termers), but flat and copious nonetheless.

In short, it became a mini removalist van for a tall young man and a large chunk of his belongings (surfboards, mixing deck and expansive DVD collection excluded).

And the bottom line? Our current long-termer easily swallowed seven (count 'em) of the humungous, stripey bags beloved by laundromat-goers, while their sizeable post-dance-party owner snoozed peacefully in the passenger seat to the hum of the i30's 1.6-litre diesel.

Pleasingly, there were no ride issues caused by the chunky load, although the trip was mostly freeway and highway both ways. And the interesting sound effects from the Kumhos on stretches of the Federal Highway were entertaining, rather than annoying. And the previously recalcitrant cruise control switch? Didn't miss a beat. In fact, nor did the i30, whether fully laden or one-up and empty for the return leg.
Date acquired: Nov 2008
Kilometres this month: 1560
Total kilometres: 5613
Av. fuel consumption: 6.4L/100km
Maintenance: 1000km free service, cruise control switch adjustment (free, warranty).

With cruise control resolutely set at 115km/h, the i30 averaged 5.4L/100km over 600km. Impressive, considering it was fully loaded for half of the trip. Like most diesels, i30 is at home on the highway. 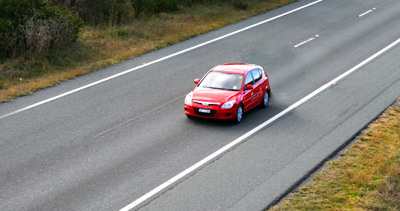 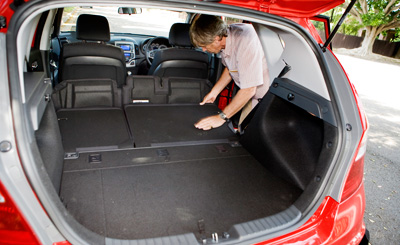