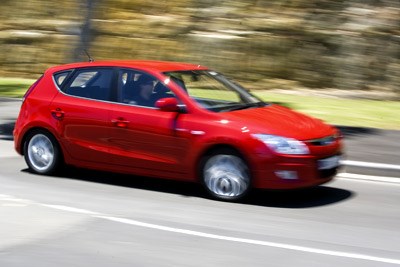 Going for gold, but all's not cruisy...

There's nothing quite like a sea of blue uniforms and a double-demerit-point blitz to focus one's attention. In fact, there were so many police evident on my 2237km Gold Coast-and-back trek that I got to wondering what they do the rest of the year. But that's another story...


Trust a road trip to change perceptions about a lot of things. With kays to cover and thinking-time aplenty on your hands, much falls into place. Such as the practicality of small diesels, how they weigh up against hybrids, and, in the case of the i30 especially, just how monstrous trucks are when you queue with them on one-pump-only service station forecourts.

To cut to the chase, I managed a neat 5.0L/100km with the air-con and cruise control on — more about the latter in a moment — and spent roughly $130 all up on fuel, or just six cents per kilometre. It's clear that the $11,010 price difference between the i30 and the current Prius buys a helluva lot of diesel.

While it's caused me to revise my short-shift driving style around town, the i30's tall gearing obviously makes sense on the highway, with torque-laden overtaking punch in third and fuel-sipping lazy loping in fifth.

For the most part, the i30's cruise control contributes effectively, too. The wheel-mounted controls are straightforward, and speed creep is minimal down hills. But I've got a gripe. Twice — once on the way up the coast, the other on the return leg — the system wouldn't set, even though I'd pressed the wheel-mounted button to engage it. The 'Cruise' light glowed, but the next step — setting the required speed — refused to stick.

I attempted to re-boot by stopping, counting to 10, and giving it another go further down the road, but to no avail. Perseverance paid off, and by intermittently pressing the button, it eventually came good, both dash lights again glowed, and the licence- and fuel-saving 'Set' function locked in. 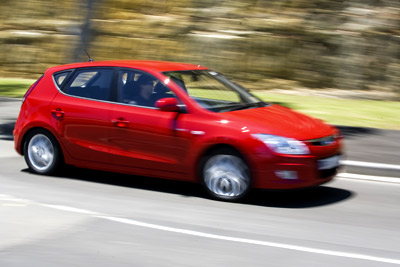 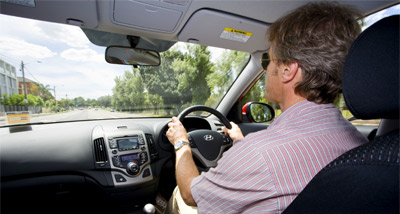