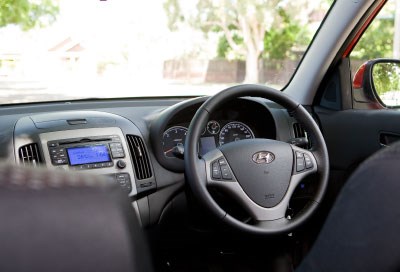 Tragically, I'd missed my first — and possibly only — chance to shout the immortal words: "Stop the presses!".


With March Wheels already done and dusted, my indignation concerning the long-term Hyundai i30 diesel's continuously problematic cruise control would have to wait. Damn. Well, until now...

You might remember the symptoms from the previous two i30 reports; the most recent following what was said to have been a fix via an adjustment to the steering-wheel-mounted switch.

On a Sydney-Canberra-Sydney trip days after the abovementioned 'fix', the i30's cruise control worked perfectly. Didn't miss a beat, there and back.

On a weekend-after repeat of the same drive, the i30's cruise control also worked well ... on the first leg. The return trip was another story. A perplexing other story, as it happened.

With 'Cruise' selected and the light dutifully shining in the bottom of the speedo dial, the 'Set' function again refused to lock in; just as it had done during the Sydney-Gold Coast-Sydney drive which first showed up the glitch.

Again working on the assumption that the system was run by a computer, we tried various combinations of stops and starts ('reboots'). With and without 'Cruise' selected — you name it, we tried it.

An early belief that, to successfully 'reboot' the system, 'Cruise' had to be switched off when you killed the ignition proved false. Nothing seemed to do the trick. Then, the cruise briefly came good again ... at road works. Sheesh!

So the cruise control remains problematic. We'll keep you updated with Hyundai's response to that situation.

In terms of just about everything else, though, the i30 continues to impress. Driven frugally, its fuel economy is exemplary for anything this side of a hybrid. It's also versatile enough to swallow loads. And, last but not least, it can be fun to drive.

Use the revs, press on, stand on the brakes, turn it in... the i30 won't disappoint. If you've got the revs and gear right, you'll even feel some gratifying turbo punch out of the corners. And, if you're anything like us, you'll probably enjoy the little Hyundai's 'chuckability'. Even the Kumho tyres aren't the impediment we at first thought they'd be. 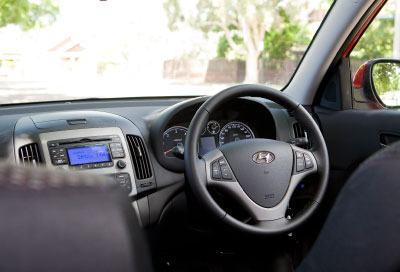 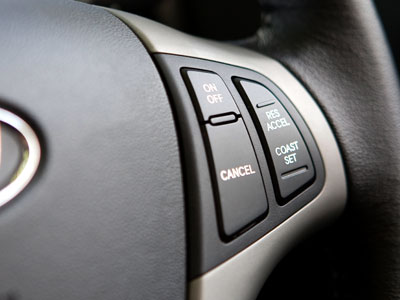