The differences between the good and the great are often very small. It might be less than half-a-second on the racetrack or a couple of centimetres on the sporting field, but exploiting that final few percent is what separates the true elite.

The Hyundai i30 N isn’t a good hot hatch, it’s an excellent one, as at home lapping your local racetrack as it is carving up a mountain road or doing the weekly shopping, but it turns out it’s only a hair’s breadth away from true greatness. 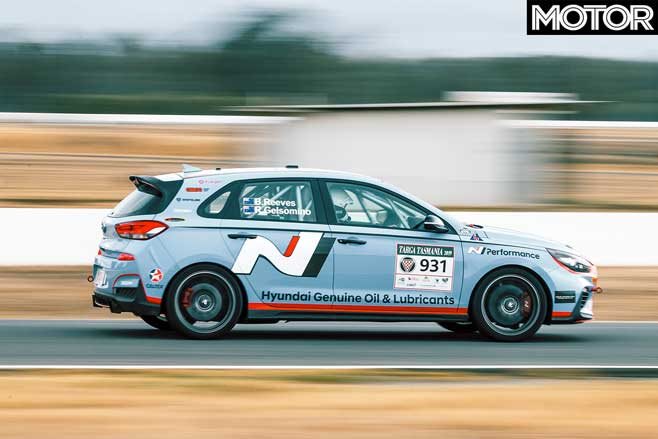 As part of the Drift Bus feature in the March 2020 issue of MOTOR Magazine, Hyundai also kindly provided its i30 N tarmac rally car for us to play with.

This is the very car that brother-sister pairing Brendan Reeves and Rhianon Gelsomino took to 15th outright at Targa Tasmania 2019; it was the first front-wheel drive machine home and sixth outright in the two-wheel drive GT2 class, behind two Lotus Exige, two Dodge Vipers and a 911 GT3 RS. Obviously, a large part of the i30’s success was down to Reeves’ undoubted ability behind the wheel, the car played a big role.

You might be expecting Hyundai’s tarmac rally car to be a steroid-fed racer tuned to within an inch of its life, but the purpose of the Targa program is to prove the worth of the standard car. As such, according to Hyundai technician Geoff Fear this i30 “is so close to production it’s embarrassing.” 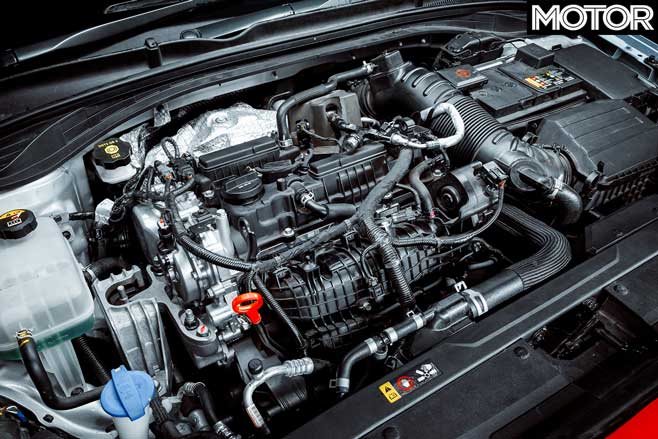 The engine is the standard, producing the same 202kW/353Nm as normal, with 378Nm available on overboost. The rest of the drivetrain is also standard, bar the inclusion of an uprated clutch and flywheel for durability reasons.

The interior has been stripped and a roll cage added, the brake pads and fluid were upgraded to competition spec, there are billet front strut tops and the tyres are Pirelli P Zero Trofeo R semi-slicks. That’s it. 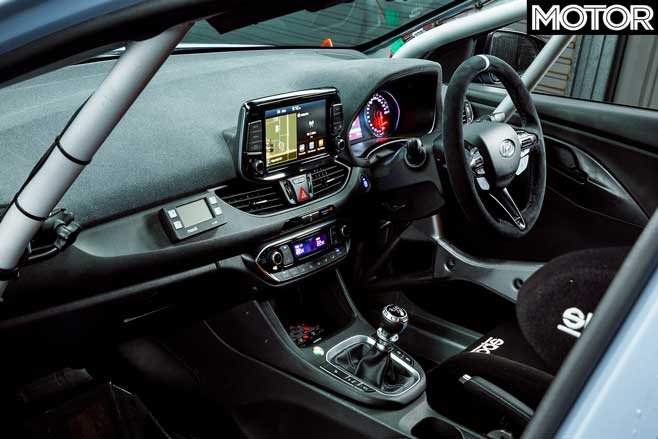 No, seriously, that’s it. The Targa car isn’t even that much lighter than standard, the weight that was saved by deleting the interior largely added back in via the roll cage; “we went heavy on the cage because you’re driving through trees,” says Fear. With Reeves and Gelsomino on board but low fuel the i30 N Targa weighs 1500kg, so kerb weight is probably around 1370kg, or 50-60kg lighter than standard.

Fear and the rest of the team instead spent their energies on optimising the base package, especially in the area of wheel alignment. Standard i30 Ns run between 0.8-1.2 degrees of negative camber, the Targa car ups that to 2.2 degrees thanks to those new front strut tops matched at the rear by 2.0 degrees neg (up from 1.5 as standard). 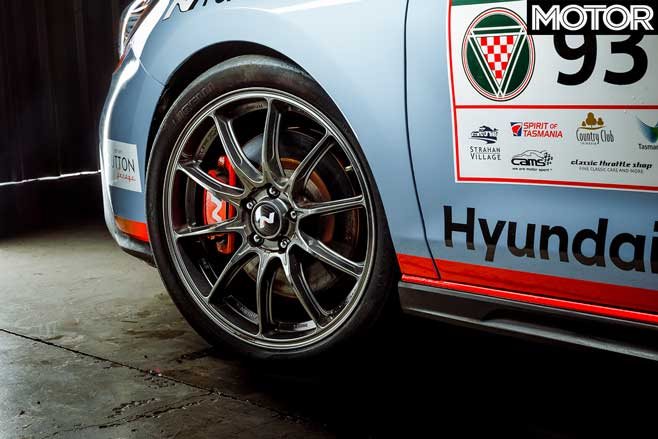 Front toe in is minimised as much as possible within the standard parameters, there’s an extra degree of castor and a redistribution of the weight lifts the back by 10-15mm to increase the forward rake. Last, but certainly not least, the suspension is Fastback-spec, including a 1mm smaller front anti-roll bar and a different damper tune in terms of internals and electronics.

The results are remarkable. This i30 is in a different league to the standard car in terms of precision and accuracy. Yes, the sticky tyres help, but Fear says the ones fitted had done more than 120 laps of Wakefield and three rallysprints so were basically toast. 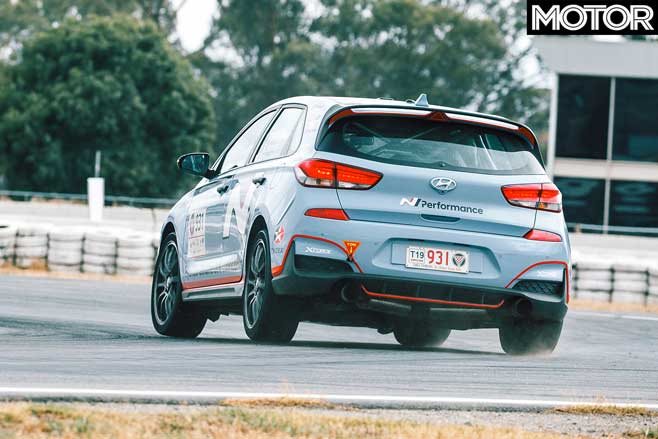 You’d swear there was a different tune in the diff; apply full power at corner apex and the front end remains nailed to the ground – no understeer, no torque steer, just brilliant traction. Apparently the alignment tweaks make the diff much more effective. Likewise, the balance is fantastic, the rear edging wide on corner entry with trail braking but otherwise stable and confidence-inspiring.

It. Is. Awesome. And quick. An attempt at a rough lap time nets a 1:38.3sec, which compares favourably to the 1:39.6sec Luffy set in the standard hatch at BFYB and suggests with new boots and a decent driver, the i30 N Targa might approach the Civic Type R’s 1:35.9sec hot hatch benchmark. I don’t want to stop driving it and don’t need to, for the brakes are holding up beautifully. It’s amazing that so few changes could transform the driving experience, but then the differences between good and great are often very small. 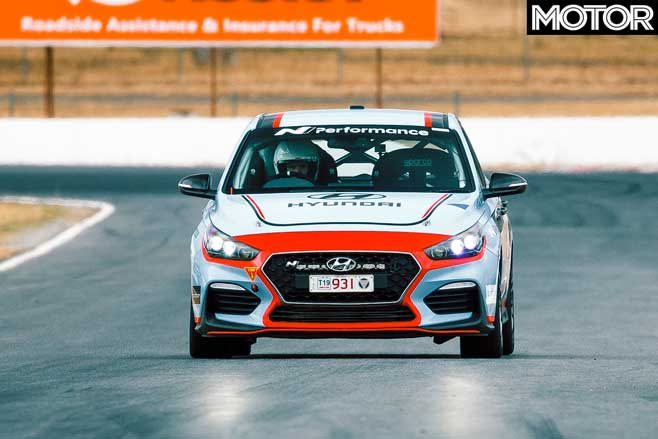 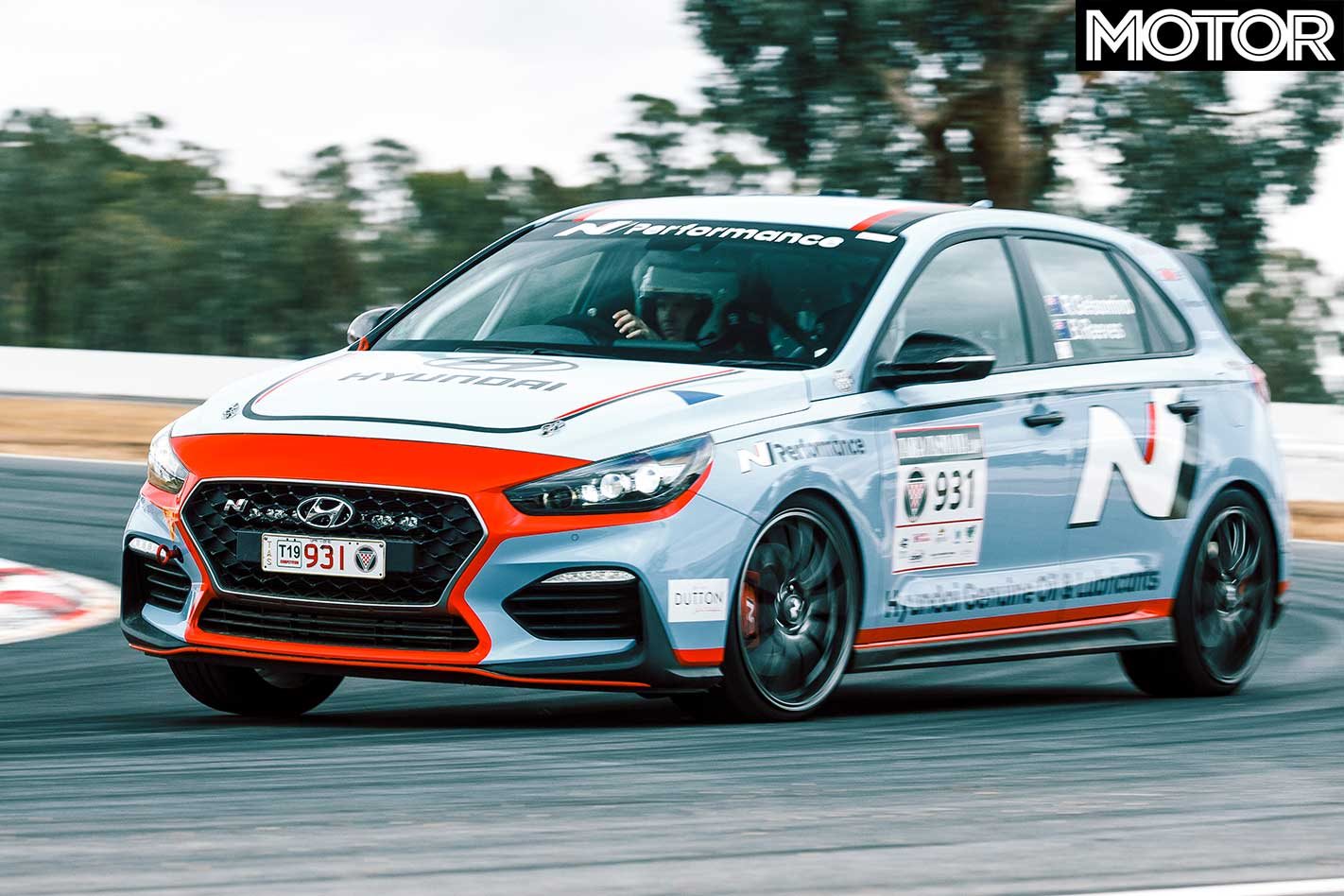 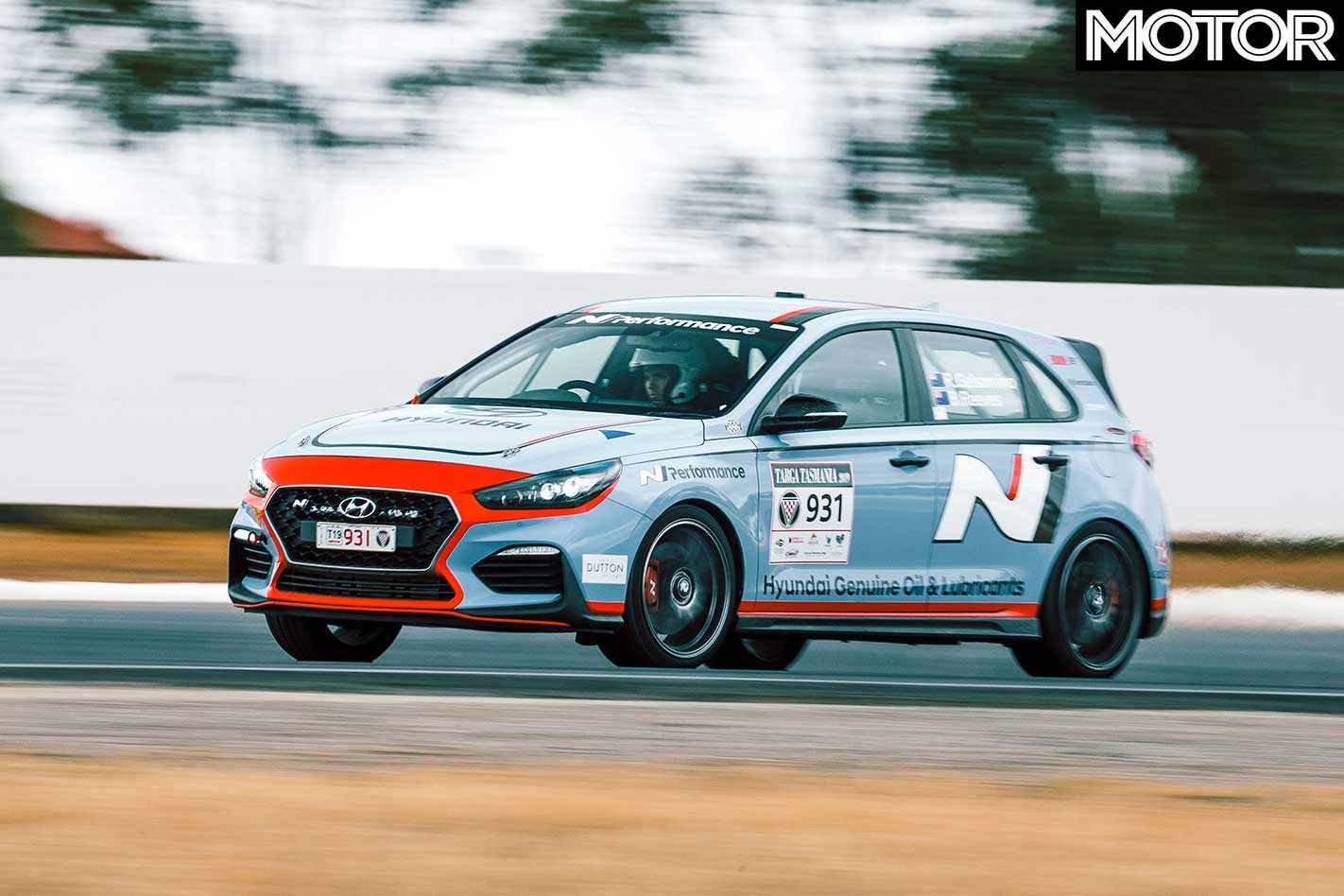 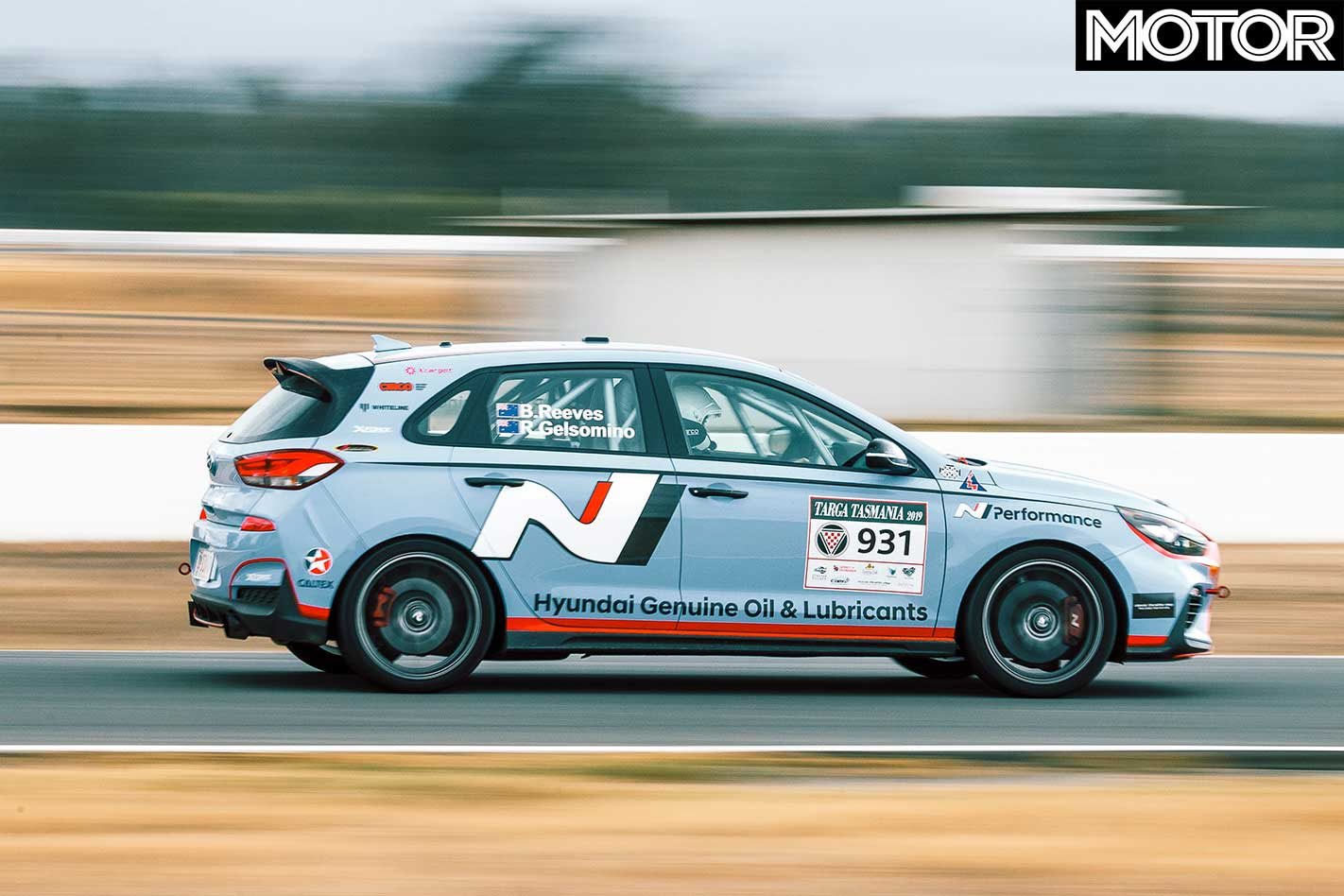 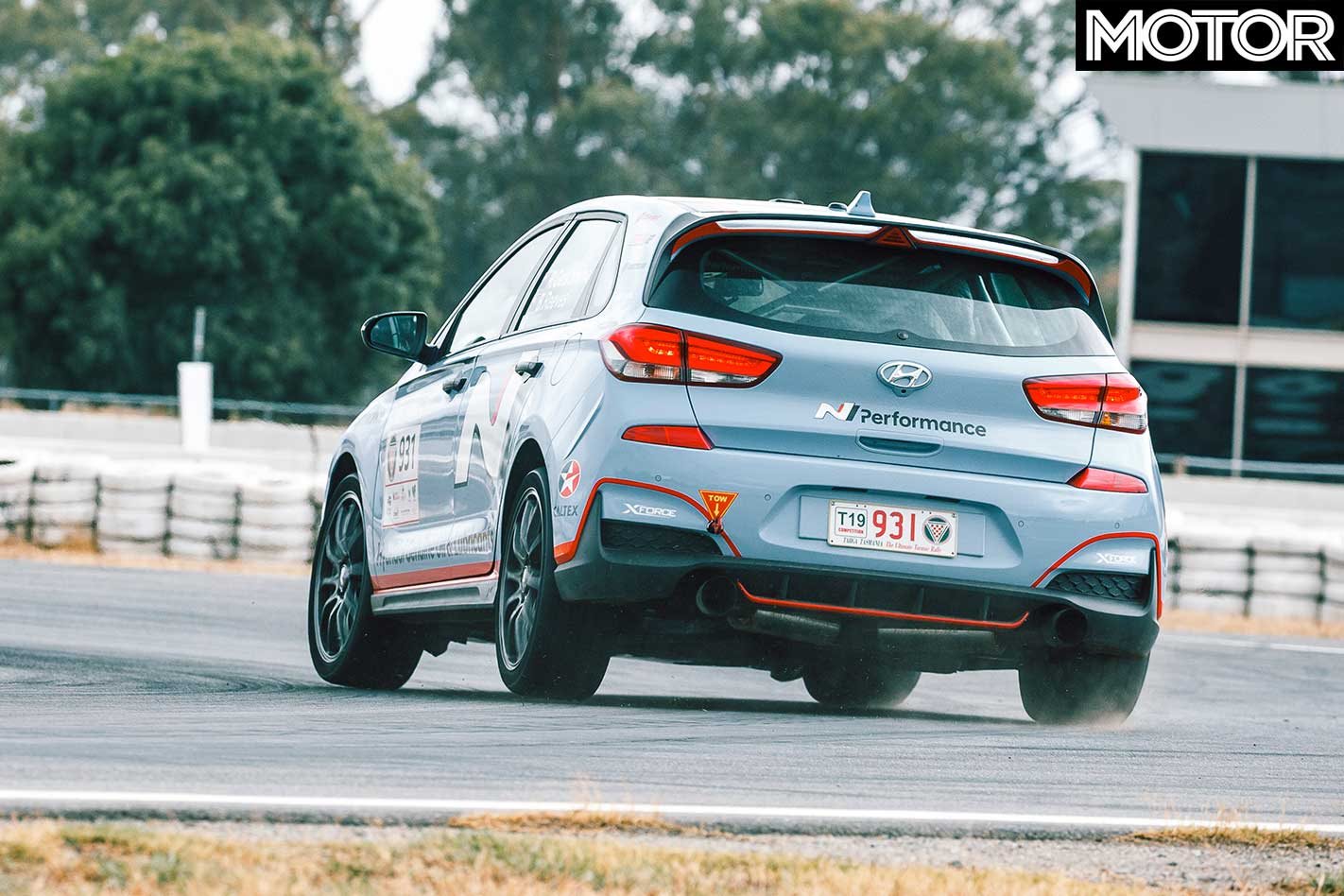 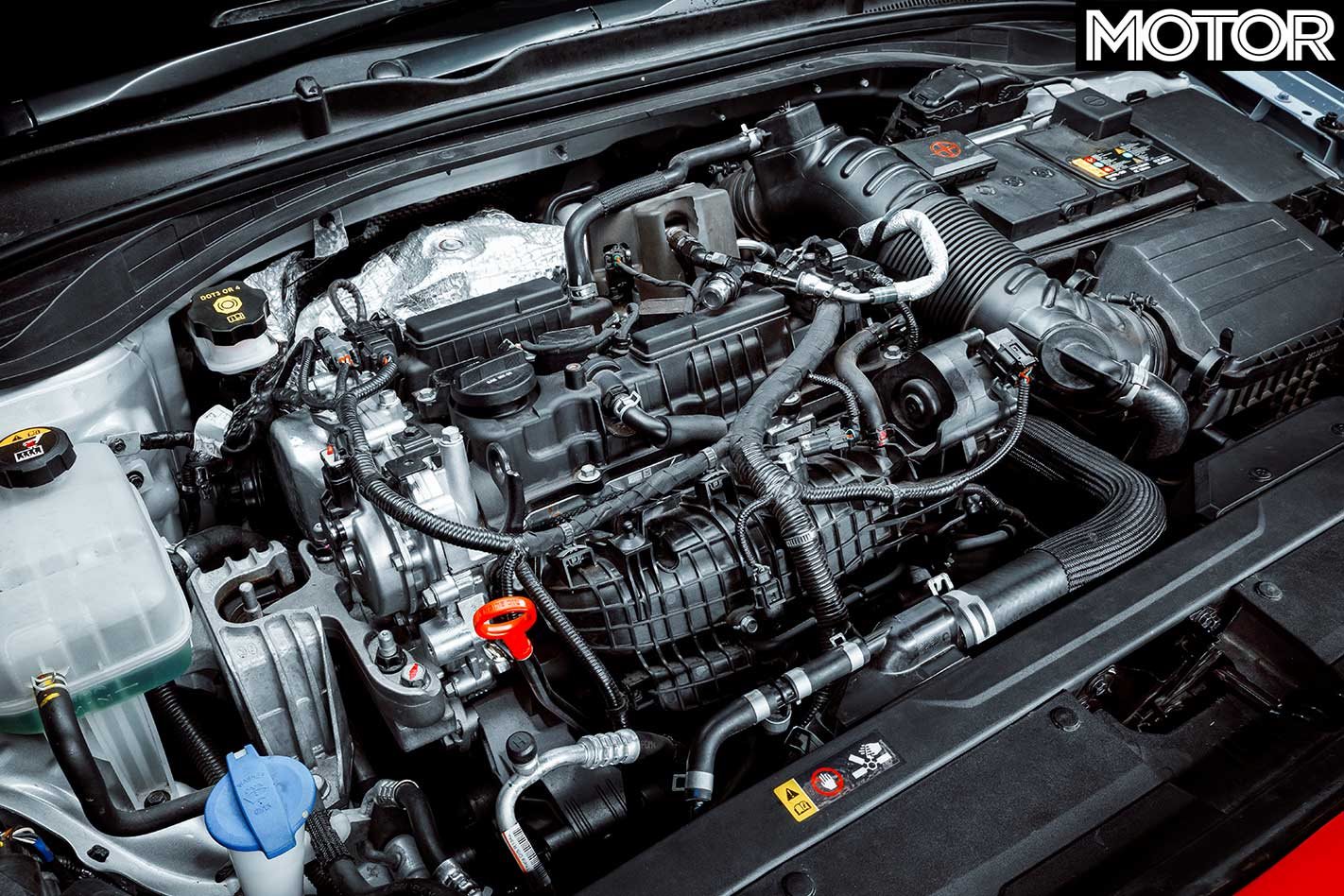 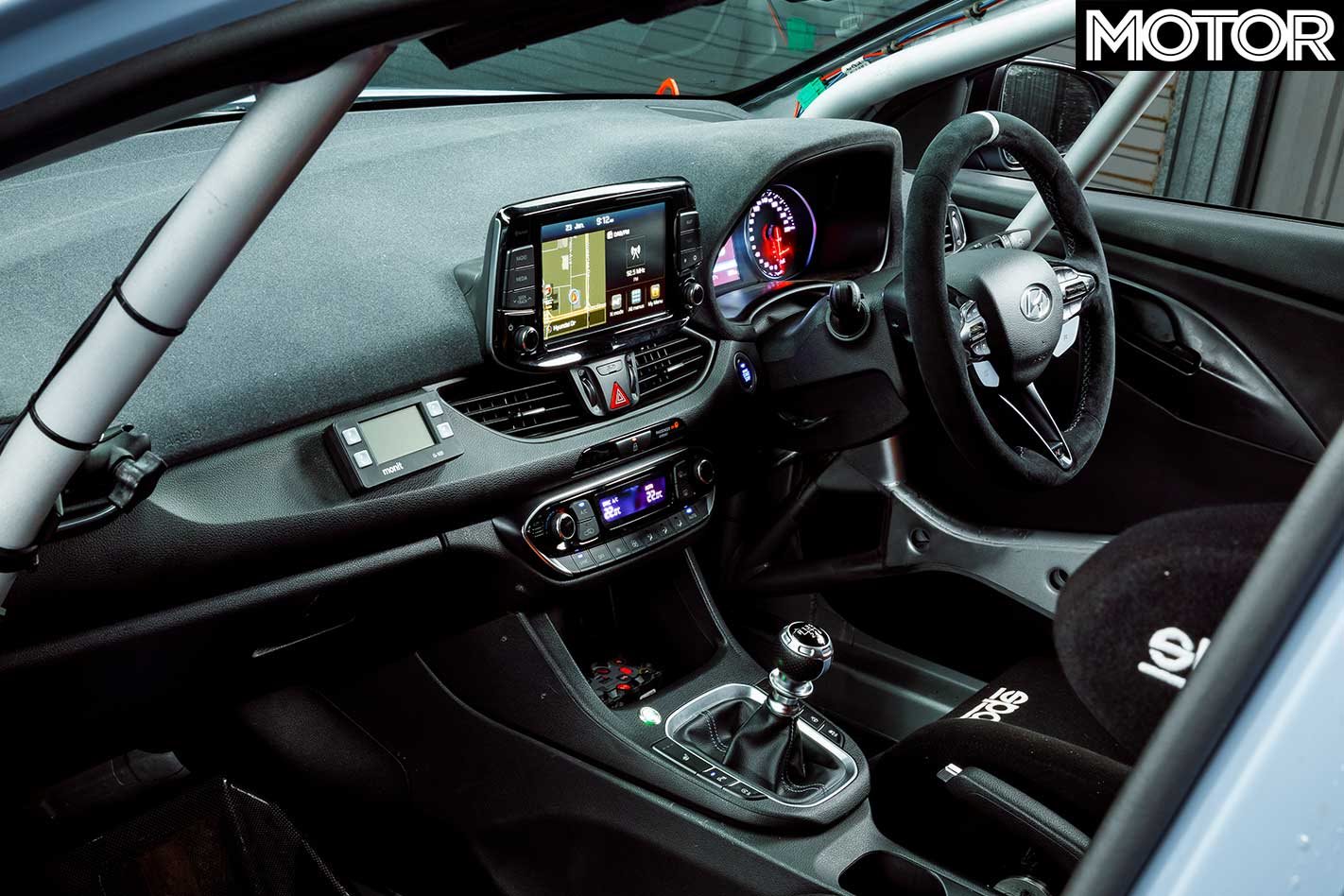 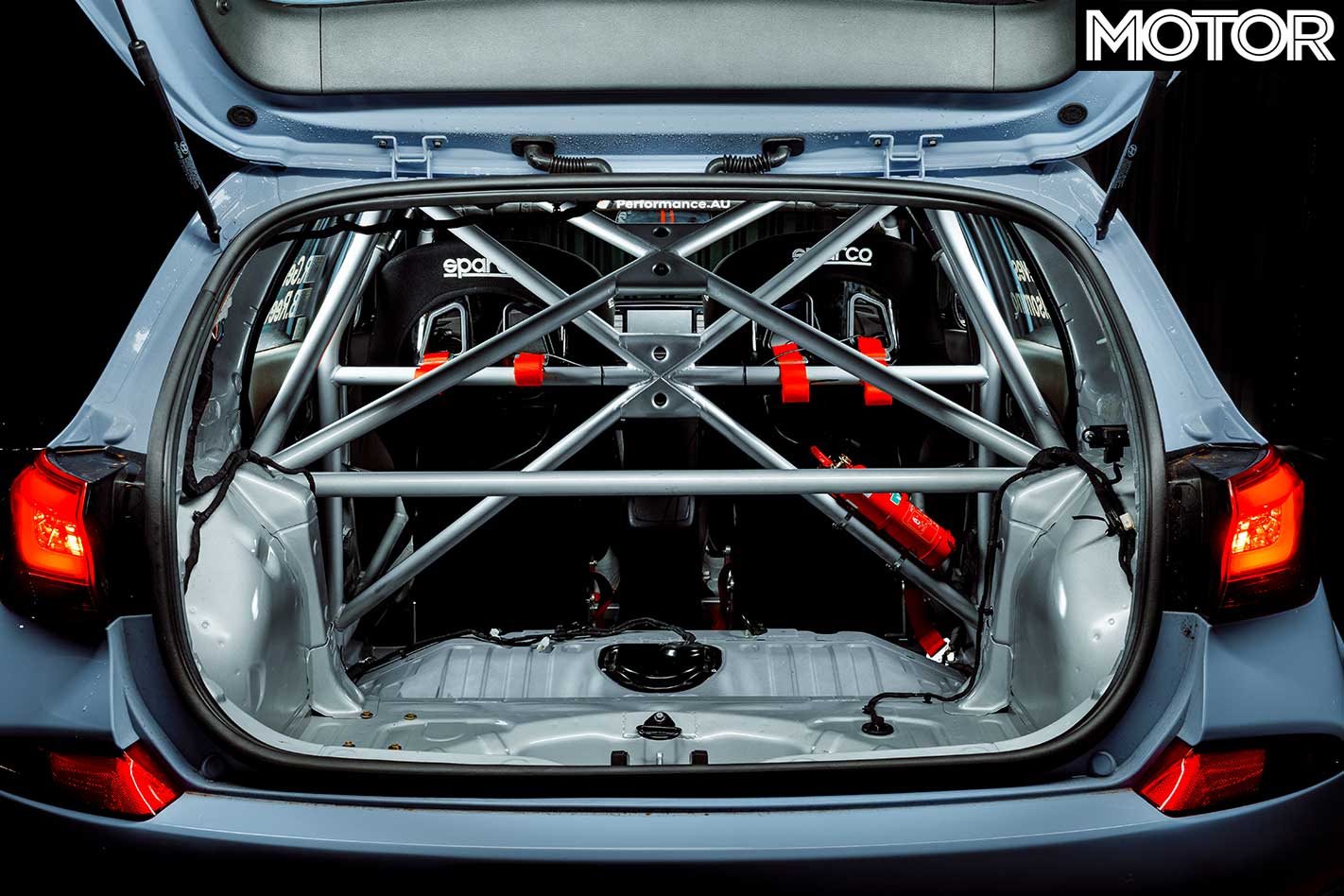 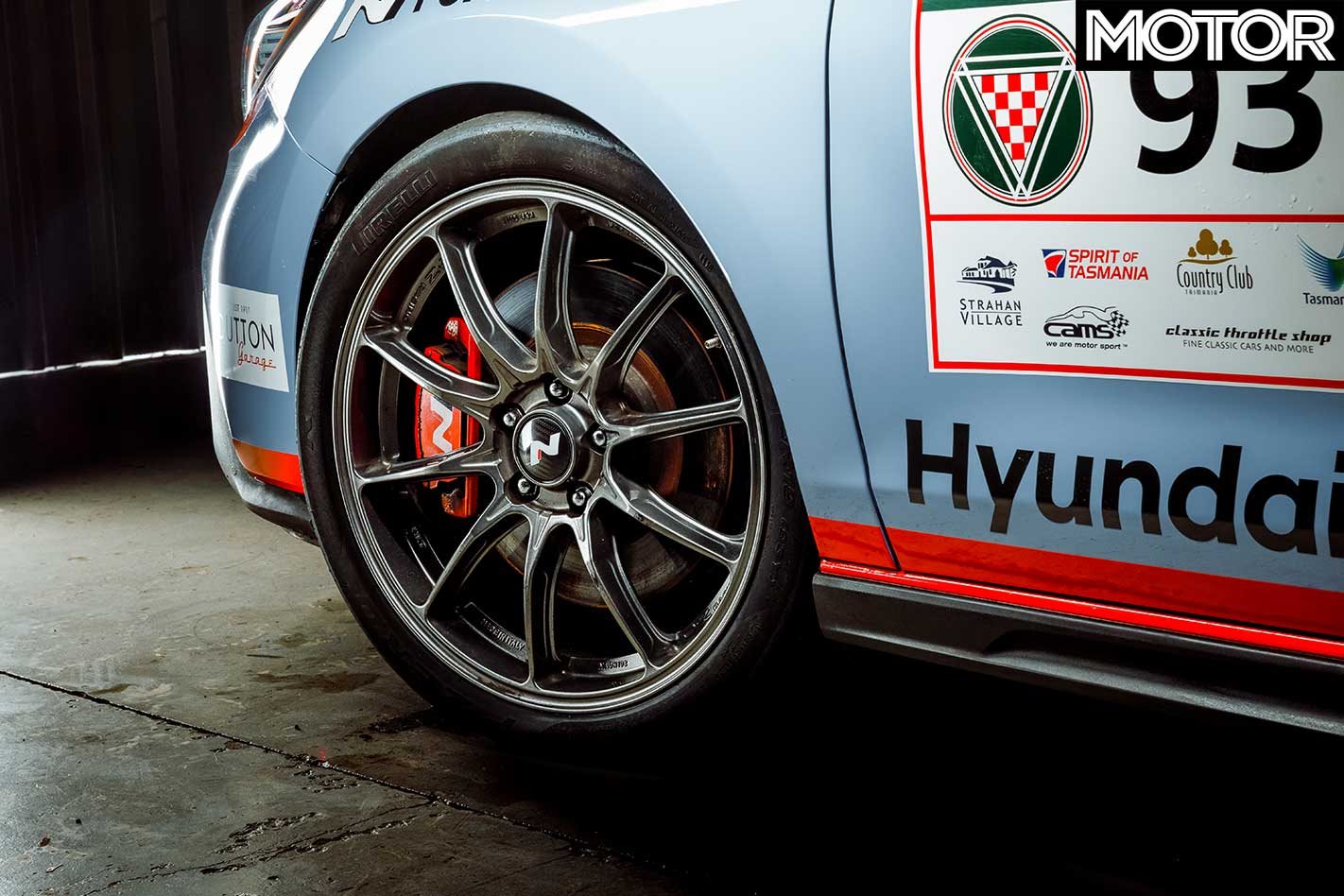