But instead of concocting nefarious chemicals for the Rio-bound crowd, this factory peddles performance-enhancing products of another kind. Run by John Edwards, SVO (which stands for Special Vehicles Operations) pumps out special one-offs and line-toppers like the Range Rover Sport SVR from its off-site skunkworks in Wolverhampton.

The latest effort of the in-house power-brokers is the stronger, sharper F-Type SVR. Available as a coupe or convertible, the SVR is louder, faster and more expensive than the regular 404kW R-version. 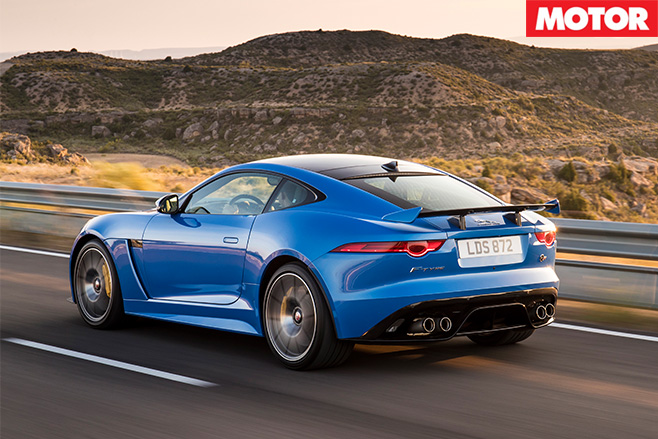 Tickled by SVO’s engineers, its 5.0-litre blown V8’s outputs have jumped by 19kW and 20Nm, now set at 423kW and 700Nm. The engine also bellows through a new Inconel titanium exhaust, which measures 0.6mm thick and is part of a strategy to slash considerable flab from the standard car’s bones.

Along with the exotic exhaust material and aluminium-rich suspension, the lightweight wheels ensure every SVR will shed at least 25kg. But owners can go further and option carbon-ceramic brakes and a carbon-fibre roof to take that total to 50kg.

All-wheel drive’s enlisted to tame the car’s new stonk and a huge tail spoiler announces its unique bodykit. The rear wing will automatically pop up at 113km/h, stow at 80km/h, and is programmed to work with an automatically adjusting front spoiler. Meanwhile, a smooth underfloor and rear diffuser round out efforts to cut lift and boost downforce. 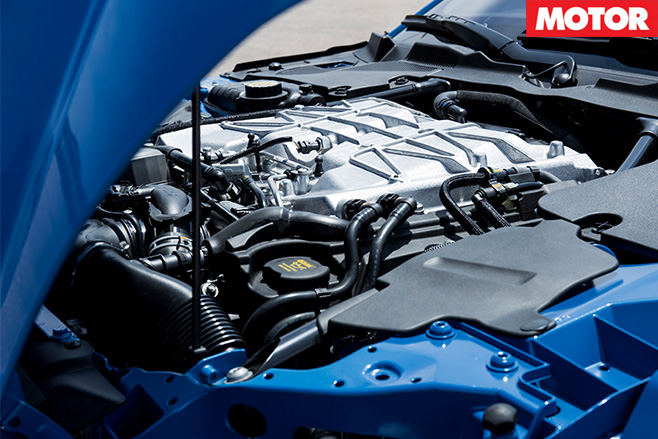 When the F-Type was signed off in 2010, Jaguar still intended to replace the XK with a roomy two-plus-two seater. But that project was cancelled and now the brand’s sole sports car is a bit too small and positively tight to cater for those customers, but in SVR form it’ll lighten their wallet about the same. 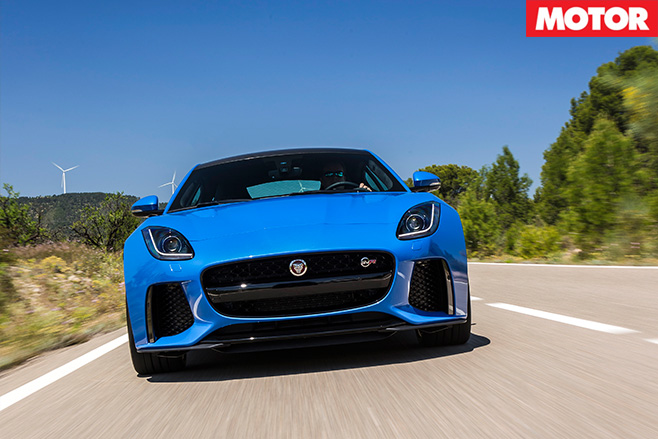 Looking at it, clearly British understatement was not a factor when SVO compiled the brief for the ultimate F-Type. The body kit’s properly ostentatious, and the interior’s been stuffed with leather, chrome and carbon fibre. There’s a touch of the kind of over-the-top gaudy luxury that Premier League footballers desire.

Still, the car is beautifully put together and offers plenty of options to personalise colour and trim. Those who visit the Jaguar dealer with enough cash can spend big on the lightweight roof and brakes, and a full carbon-fibre trim package.

To drive it we’re thankful to be dragged two-hours from Barcelona to Motorland Aragon, because out here rests a 5.34km circuit and the appropriate space to see if all-wheel drive and torque vectoring have taught this big-fanged kitty some manners. After all, the early F-Type V8 S was a car that challenged both the competent and fearless even in the dry. 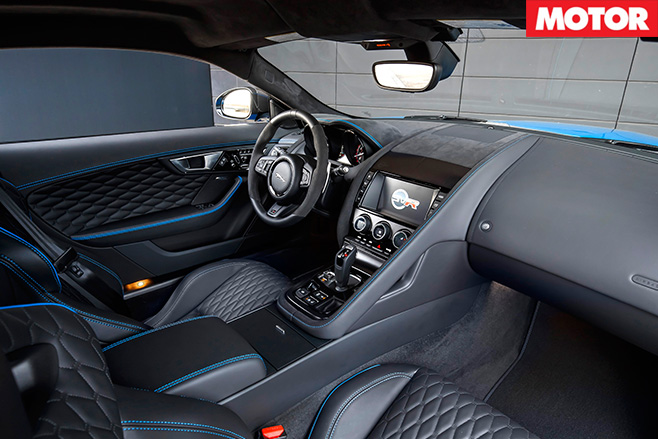 Pushed hard, the angry F-Type displays notably less understeer at both high and low speeds, and with the grip of all-wheel drive, you can use throttle without fear of turning the rear tyres into ghosts too easily.

The colossal supercharged 5.0-litre V8 is explosively responsive; it punches hard with an addictive supercharger whine. Meanwhile, the dual-stage exhaust is noisy enough to strip foliage off nearby trees above 3000rpm. 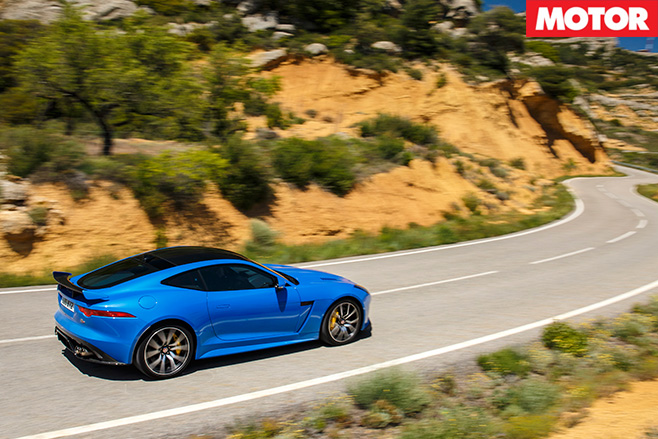 At the end of the longest straight, the digital speedo will hit 300km/h while still climbing. At that speed it takes prodigious brakes to slow all that mass and momentum for the second-gear hairpin. But the carbon discs do it with aplomb.

Downsides? The dual-mode dampers can be too compliant or overly stiff. There are a lot of vertical body movements, the front-end dislikes transverse imperfections and the rear-axle can’t absorb bumpy surfaces under load. Those that find its looks too ‘aggressive’ can delete the rear wing, but without it the maximum speed drops to a paltry 300km/h and street cred suffers accordingly. Oh, and there’s still a distinct lack of luggage space inside. 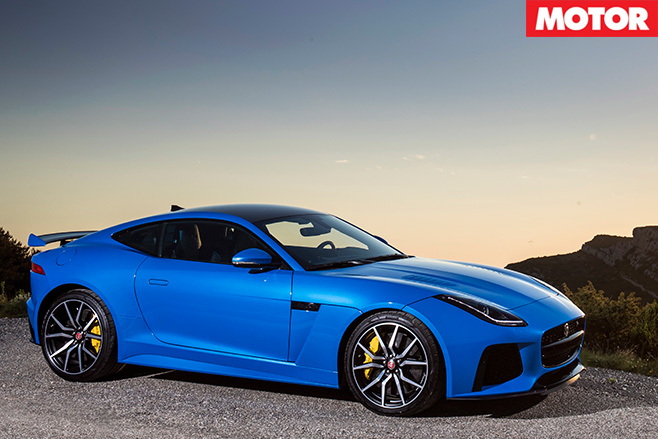 But while the SVR F-Type proves just how potent Jaguar’s sportscar can be, realistically owners will preach the SVR’s talents in a pub rather than exercise them on road. It’s hard to think how many times they’ll have the chance to creep anywhere near its 322km/h top speed (or the convertible’s 314km/h).

This car is all about theory versus practice, and it doesn’t come cheap. Rational thinking requires considering an F-Type S coupe, with a 280kW V6, costs almost half as much bob as the SVR coupe, but certainly isn’t 50 per cent less desirable.

In a perfect world, we’d like to see a lighter, no-frills edition aimed at performance-oriented purists who must currently queue for a 911 GT3. But if you prefer ticking all boxes and money’s no real object, then what the heck – it’s a wild ride. 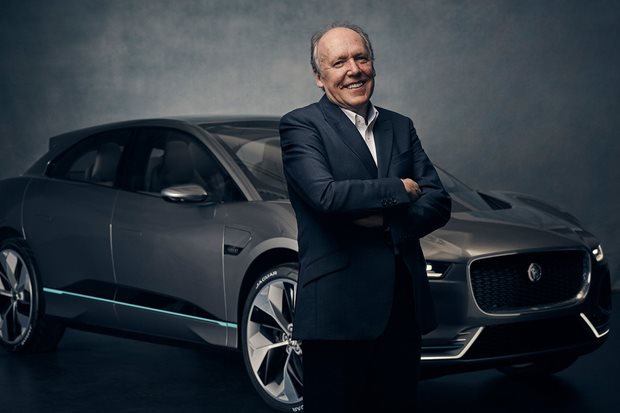 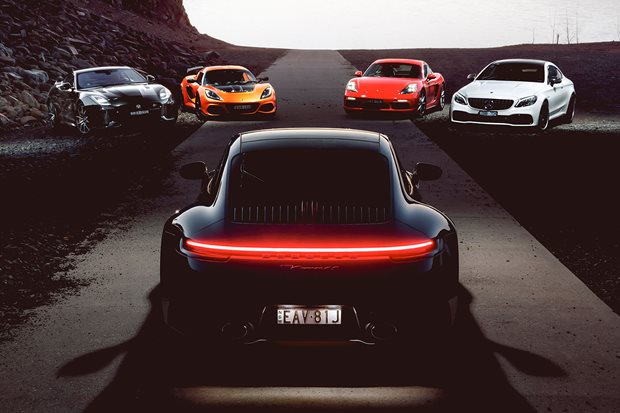 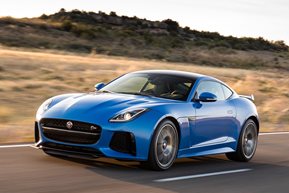