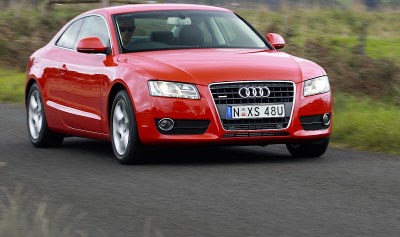 Turbo four definitely not on the nose.

Before you discount Audi's A5 2.0 TFSI quattro as a small-engined base model (which it essentially is), consider the upsides. Most patently, at $79,900 it undercuts the V6 FSI quattro by nearly $20K.

And, once it has filled its lungs, the forced four provides evidence to support the spec-sheet story, delivering seamless thrust from low in the rev range, overlaid by a tuneful tailpipe note and turbo whoosh.

The 2.0 TFSI debuts the dual-clutch 'box in A5, and the seven-speed S-tronic 'box marks clear progress in terms of shift smoothness and throttle tip-in response. Normal driving sees 60 percent of grunt sent rearwards via a mechanical centre diff, though rear bias can increase to 85 percent.

However, by far this A5's biggest drawcard is that by slotting a four in place of the V6, its MDS platform can finally live up to the claims it would banish Ingolstadt's long-standing nose-heavy tendencies. The big coupe's steering remains light and accurate, if slightly inert, but the A5 now turns in with vigour and offers front-end grip that you can confidently lean on. 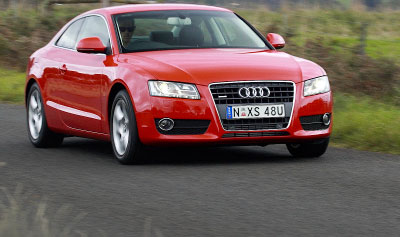 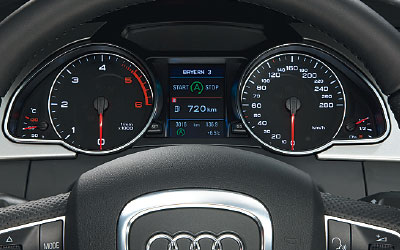