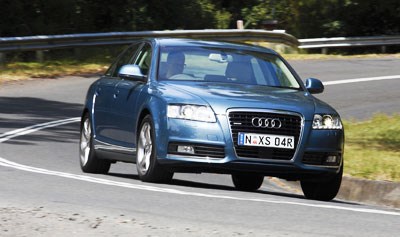 Although overall newness of the 'new' A6 is way short of absolute, this late-life refreshment underlines why this consistently persuasive Audi should be on any executive-sedan short list.


For the most part the latest A6 is essentially the same wholesome package launched here in 2004. Time and familiarity haven't dimmed the mid-size Audi's handsome, clean-cut lines, nor its classy presentation throughout.

However, fine and dandy though the cosmetic and detail changes may be, the updated engines steal the show with their invigorated performance and improved fuel economy. Audi claims an outstanding 12 percent reduction in consumption across the six-engine A6 sedan line-up.

The remaining three engines share quattro AWD and six-speed Tiptronic autos. Progressing from its previous iteration, the 3.0-litre V6 turbo-diesel sees its outputs lifted from 171kW/450Nm to 176kW/500Nm while slashing consumption from 8.5 to 7.1L/100km.

The 2.8-litre FSI petrol is developed from the outgoing model's V6 of the same capacity. Variable intake valve timing (Audi Valvelift System, or AVS) and direct injection contributes to a hike of 8kW, taking it to 162kW, while peak torque is unchanged at 280Nm. Importantly, fuel consumption drops 0.7 to now rate 9.0L/100km.

The preview on the roads of northern Victoria left no doubt that, aside from some light wind rustle and noticeable coarse-chip road drone, the A6 2.8 FSI is a sweet cruiser.

Likewise the hero model, now a supercharged 3.0-litre TFSI V6. The pressurised V6 gives the A6 genuinely gung-ho acceleration (0-100km/h in 5.9 seconds, claimed) and effortlessly long-legged cruising. And it's officially good for 9.5L/100km.

However, the new (-ish) A6 is about more than the updated engines alone. Externally, the facelift is identified by rectangular fog lamps, revised air inlets and the grille's more pronounced horizontal bars. At the other end, the tail-lights have become two-piece LED units and the remodelled bumper hosts a broadened diffuser.

Inside, the A6 is as roomy, comfortable and superbly finished as ever. The revised rear seat affords improved support, and its headrests, like the fronts, better guard against whiplash.

Heightened equipment levels bring 17-inch alloys to the base model, and 18s beyond, with 19s optional. Besides all the many and varied usual options, the A6's temptations now extend to adaptive headlights, high-beam assist, Audi side assist and Audi lane assist.

In summary, then, the refreshed A6 comes across as a good thing well improved; a car as enjoyable (and comparatively economical) to drive as it is pleasing to the eye and touch. 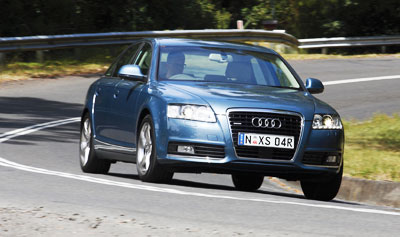 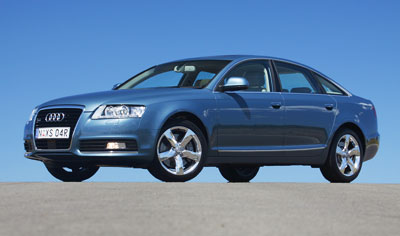 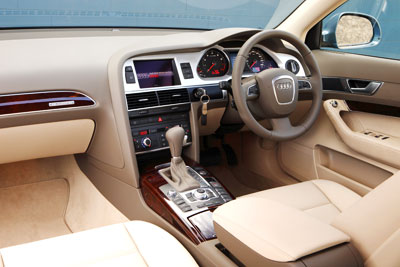