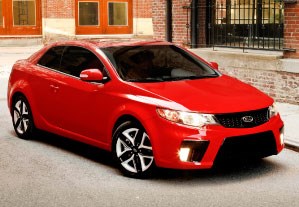 Identifying the most attractive Kia used to be like trying to find a swimwear model at a Jenny Craig meeting: plenty of candidates, but most with bulges and creases in all the wrong places and nothing you'd really want to see in high-gloss detail. Well, until now that is.

The Cerato Koup is easily the sexiest piece of metal to ever roll out of South Korea. It smacks of 'sports' even parked kerb-side. Problem is, Kia seems to have forgotten to actually fulfil the promise of the low-slung stance and sports car sheetmetal.

The Koup is based on the torsion-beamed Cerato sedan, although it's lower, shorter, stiffer and around 20kg lighter than its four-door brother. Any definitive dynamic assessment will have to wait for a drive on Aussie roads, but the suspension tune felt of the super-stiff springs and damper variety, rather than subtle chassis brilliance. Turn-in, however, was keen and the hydraulic steering reasonably quick and accurate.

My biggest single gripe lies with the 2.0-litre four-cylinder petrol engine and four-speed automatic drivetrain combo (the only one available on our drive; a five-speed manual will be offered). Peak outputs of 115kW/194Nm look competitive, but max torque isn't achieved until 4300rpm, and the 0-100km/h jog takes a lazy 10 seconds.

But it's the gappy four-speed auto that's really frustrating. Second gear stretches out to 125km/h, which in the real world means there is no kick-down at traffic speeds. Spot the gap, punch the throttle at 50-60km/h and hope the taxi zeroing in on your rear bumper has good brakes because you'll be languishing in the torque-free zone below 3000rpm in second gear, going nowhere fast.

But perhaps that's not the point. We're expecting the Koup to land here from a very sharp $26K, and while the model mix is yet to be finalised, we're expecting two grades, with the entry-level version offering 16in alloys, four airbags, ESP and keyless entry. The top-spec model should add 17s, six airbags, climate control and parking sensors.

So, if dynamics aren't a priority, here's a slinky body offering plenty of fruit at a bargain price. It even looks good in a bikini... 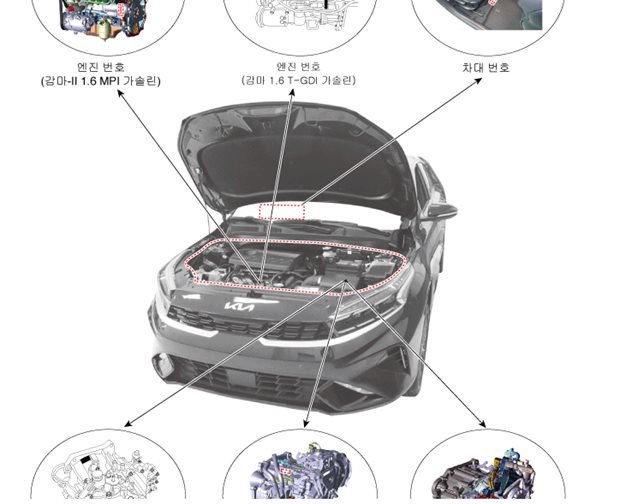