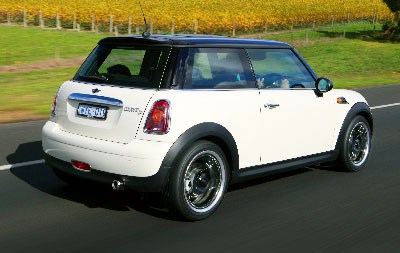 The Mini D is not sold in the USA but if it were it'd be an instant hit with hypermilers. This relatively new automotive subculture sees enthusiasts fiddling with cars and driving techniques to maximise economy.

To date, the favoured weapon of the well-heeled hypermiler has been the Toyota Prius. But, with its fuel-sipping diesel four-pot coupled with a raft of other efficiency measures, the Mini D could just usurp Toyota's eco-warrior.

Here in Australia the Mini D has thrown down the gauntlet to its fuel miser rivals with a combined-cycle fuel consumption figure of 3.9L/100km, enabling the claim of "Australia's most fuel-efficient car". At least until the new Prius arrives.

There's little to visibly differentiate the oil-burning 'Brick' from a cooking model Cooper, aside from a subtle D on its rump, a slightly different grille treatment, and curiously skinny rubber.

Those 195/55R16 tyres are one of a number of efficiency measures applied under 'Minimalism'. That's Mini-speak for the same measures BMW calls 'Efficient Dynamics'.

The common-rail turbo four-cylinder came in for attention, with a switchable water pump, a volume flow regulated oil pump, a friction optimised crank drive and electric power steering. Each measure is designed to save fuel by minimising parasitic engine losses.

It doesn't stop there, either, with the Mini D featuring an underbody aero panel to reduce drag, rear alloy control arms to trim weight, and a brake energy regeneration system.

The car's ultimate party trick, however, is an automatic stop-start function, which shuts down the engine the moment the car comes to a stop, the clutch is released and the manual gearbox is in neutral. Dip the clutch and the little diesel coughs back into life with the whirr of a starter motor and a faint shudder felt through the car. The system is not seamless and can be annoying in heavy traffic, but it's switchable and undeniably effective.

Over the course of a 200km drive program that took in city, freeway and country roads, one pair of scribes achieved a real world figure of 3.81L/100km at an average speed of 51.36km/h. Significantly, the worst in a sample of 10 drivers still achieved 4.66L/100km at 56.40km/h.
The diesel is a torquey little unit and well capable of pulling the remarkably tall gears at low rpm that the shift point indicator frequently urges. The rest of the driving experience is pretty-much all Mini, meaning sharp steering, flat handling and a firmish ride.

Hypermilers, or even regular drivers wanting to save the planet and not look frumpy doing so, need look no further. 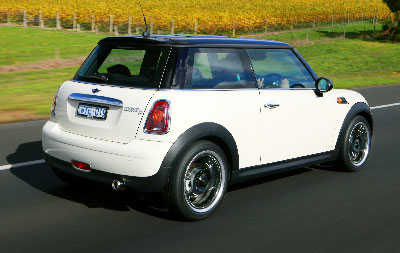 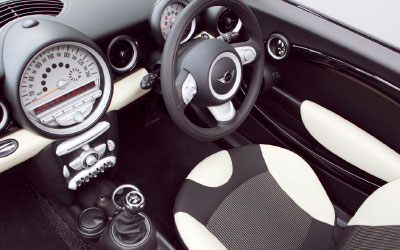