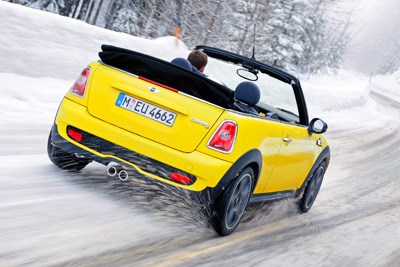 Great news for the trendy crowd: Mini has finally got around to launching a second-generation version of its Cabriolet. Despite the visual similarities to the old model, it is different. Different enough that not a single body panel is common. The windscreen also sits more upright than before to ease entry.


To retract the roof one merely presses a button mounted up on the windscreen header rail. This folds back the soft-top and stows it (still in an exposed position) behind the rear seats in 15seconds. It can also be operated on the go at speeds up to 50km/h.

We zig-zagged our way through rain, sleet and snow in the Austrian Alps to test the new Mini Cabriolet's dynamic properties. There are not many small open-top cars that you'd choose on the strength of their performance and handling alone. But this is one of them.

The new 128kW turbocharged 1.6-litre four-cylinder engine is more responsive and discernibly smoother than the old supercharged unit. It sounds better, too — refined at low revs but with a rorty resonance when you lay into it.

Mini claims the adoption of a twin-scroll turbocharger has virtually eliminated lag. We disagree. It's fairly linear pulling away from idle, but you can still detect a rise in tempo as revs increase and the turbocharger begins to spin in earnest.

Straight-line performance is exceptional, thanks, in part, to the closely stacked nature of the standard six-speed manual gearbox; the Cooper S Cabriolet still hits 100km/h in 7.4sec but top speed is by 7km/h (now 222km/h if your coiffeur can take it.) With brake energy regeneration and automatic stop/start now coming as standard, average fuel consumption is a staggering 1.9L/100km better than the old supercharged 1.6-litre model at just 6.4L/100km.

It's the handling, though, that really sets the convertible Mini apart from the competition. When you reach some decent roads, it's remarkably agile and totally dependable — not quite up to the dynamic level achieved by the hatchback, but it's not far off. There is some minor shake in the steering, but it still gives the impression of being stiff by traditional convertible standards.

With 240Nm arriving at the front wheels at just 1600rpm, torque steer remains a problem under hard acceleration and the ride is overly harsh on less than smooth surfaces, especially on the optional 17-inch run-flats.

Overall, the Mini Cabriolet is a well-executed upgrade — very solid in feel and a blast to drive. If you happen to fall within the target demographic, it's a nice fit. 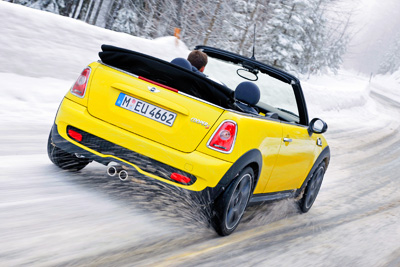 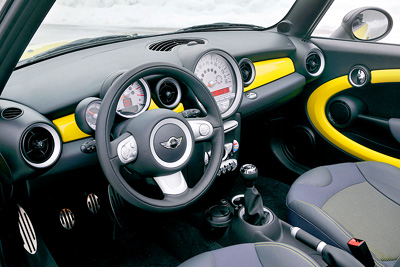 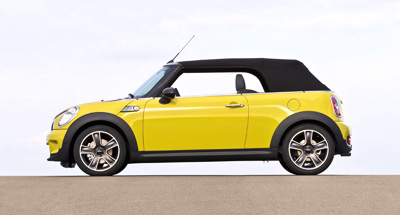