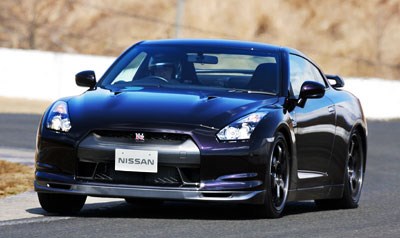 The R35 GT-R has already rattled a few cages among the supercar establishment. But you knew the day would come when Nissan would roll out a lighter, harder, faster GT-R.


Enter the Spec-V, the next logical step up the GT-R evolutionary ladder and the car that's been igniting petrolhead forums seemingly forever.

Now on sale in Japan and set up as a lightweight track-day special, the Spec-V is aimed at "true enthusiasts". The good news is, it turns out to be the best resolved, most exhilarating and focused factory GT-R to date.

Think of the Spec-V as the 911 GT3 RS of the GT-R world: a rawer and more uncompromising Godzilla. The starting point is the new and improved 2009 version of the GT-R, which means it gets a modest 4kW power bump and slightly greener cred.

The Spec-V weighs in at 1680kg, a crucial 60kg lighter than the regular GT-R. Playing a key role in that weight loss is Nissan's first use of carbon-ceramic brakes for the road. The immensely strong (but expensive) anchors save 5kg per corner.

Nissan's also worked the changes inside, converting the car to a two-seater (simple vinyl covers replace the back seats) using essentially the same carbonfibre-backed Recaro buckets as the Clubsports.

Carbonfibre also stars on the dashboard and centre console; outside, it's the featherweight material of choice for brake ducts, rear diffuser and boot spoiler. Visually, though, maybe the real standout is the exclusive (A$8653) purple/black metallic body paint which flips colour according to the light.

Nissan served up an array of different R35 GT-Rs for us at the 4km Sendai Highland Raceway, the GT-R's home track in Japan. The delectable line-up was: an '07 original, improved '09 model, Nismo Clubsports and Spec-V. After trying one after the other, it was gobsmackingly apparent how Godzilla has steadily and impressively raised its game.

There were absolutely no duffers there but the headliner was undoubtedly the Spec-V. Why? Because it has all the power, fury and speed of the other GT-Rs, coupled with brilliant on-track agility and the phenomenal retardation of those carbon brakes.

Nissan claims it's 2sec a lap faster around Sendai than the '09 GT-R, and that's quite believable because, with a 40kg wheels/brakes/exhaust saving, Spec-V immediately feels lighter on its feet, quicker to react as you turn in and easier to place, giving the driver more options. At the same time, you can brake so much harder and later into bends. The stupendous stoppers alone feel as though they make the difference.

Like all GT-Rs, Spec-V has a big, heavy-duty feel and on stiffened suspension (rates 20 percent higher), it could be hard work. But it's not. Steering is still meaty and as well judged as ever, and you sense a lot of those clever chassis electronics pitching in to help. There's titanic grip at both ends, yet Spec-V ultimately is more tail happy than the others, with more 'edge' to its on-limit behaviour. For serious combatants, it throws down an irresistible challenge.

And yet Spec-V isn't without question marks. Disappointingly, it doesn't get the predicted 400kW-plus engine that really would've set it apart and helped justify its gargantuan ¥15.75 million (A$236,995) asking price. Stock GT-R top speed and 0-100km/h — Nissan claims 310km/h and 3.5sec — are also unchanged.

What Spec-V does get, however, is a curious high-gear boost control device which in 80 second intervals ups the turbo boost pressure to give you an extra 19.6Nm slug of torque. It's there to help you hurtle out of corners faster and in a higher than normal gear. You need to be in third gear or above (and also above 3000rpm) for it to work but at Sendai, let's just say its effects weren't dramatic. But professional drivers on a mission (like lapping the Nürburgring, for instance ... hint, hint) are gonna love it.

For the rest of us, the power and formidable all-round capabilities of the standard GT-R will likely be more than enough. Then again, if you want the ultimate factory GT-R and some of the best brakes in the world, you now know where to look. 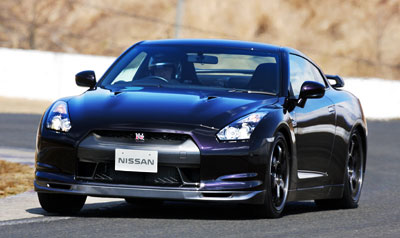 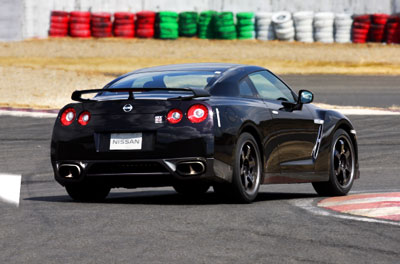 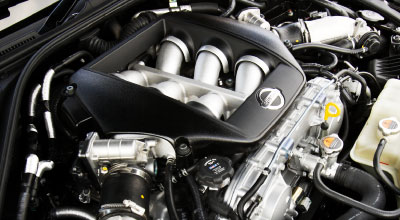