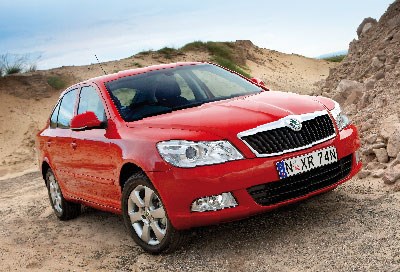 Skoda Australia has recast and re-jigged its Octavia range to coincide with a minor facelift.

Be it liftback or wagon, the Octavia remains a pretty dour-looking car. No surprise, considering the exterior changes are restricted to little more than headlights, tail-lights, bumpers, alloy wheels and badge fonts.

Inside, there have been minor adjustments, but it remains familiar Skoda fare; functional rather than fashionable, spacious and imbued with VW build quality. Pretty good, then.

Octavia shares its mechanical underpinnings with Golf V and there's been some fossicking around in the communal parts bin for this makeover.

From yesteryear comes an eight-valve 1.6-litre four-cylinder petrol engine. The primary purpose for its introduction is to drop Octavia's entry price by $3000.

At the opposite end of the technology spectrum is a new seven-speed dry clutch DSG gearbox, which plugs into the excellent 1.8 TSI (turbocharged) four-cylinder, giving it an auto option here for the first time. The TDI 2.0-litre turbo-diesel continues unchanged.

Dumped are the 1.9-litre turbo-diesel and 2.0-litre normally-aspirated petrol engines, the Ambiente and Elegance trims and the wagon's 4x4 drivetrain (although it lives on in the high-riding Scout).

The 1.6 is now the equipment starter, but hardly a pauper pack. The TSI and TDI are a little better off. Commendably, all models continue with six airbags and stability control.

Skoda committed to the 1.6 when diesel fuel pricing was skyrocketing. The irony is that as an economy option the 1.6 doesn't really stack up, as it has the worst fuel figures of any engine in the range.

Its 75kW and 148Nm don't promise much, either. Nor does the five-speed manual's claimed 12.3sec 0-100km/h (14.3sec for the six-speed auto). But the reality is, the 1.6 gets along okay. It is flexible enough to handle urban sprints and country cruising. Heavy throttle use is mandatory but, thankfully, engine noise is not too intrusive.

Across the range, the Octavia rides most imperfections with surprising control and comfort. Handling is predictably benign, steering remote yet fuss-free. It is a car at home on Aussie roads.

The TSI is clearly superior to the 1.6, apart from its preference for 98 RON fuel. Quieter, cleaner, more responsive and truly capable of coping with a kerb weight range beyond 1500kg, it adds up to a convincing package when accompanied by a DSG transmission and mid-$30K pricing. So convincing, in fact, the Bulmer clan has just climbed aboard a 1.8 TSI DSG wagon long-termer for the remainder of the year. 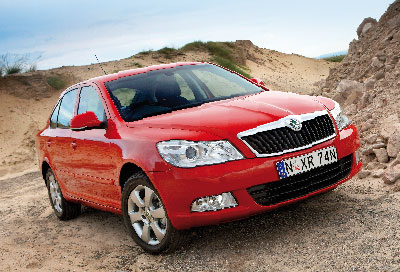 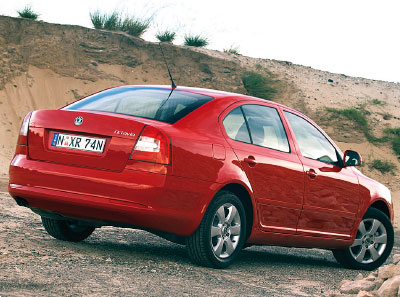 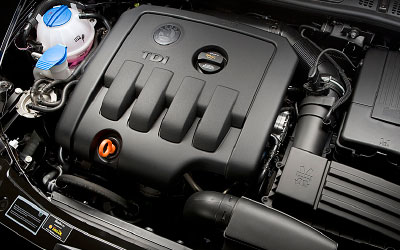