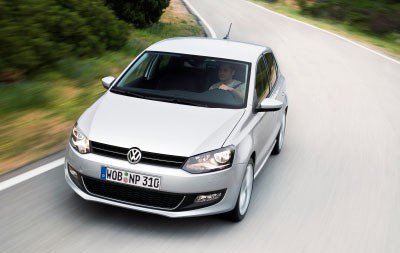 Aussies raised on the axiom that there is no substitute for cubic inches should drive VW's new Polo.

However, there's no denying that middle-age spread has beset the baby VW. Sharing its new platform with the Skoda Fabia and Seat Ibiza, the Polo is 54mm longer, 32mm wider and 14mm lower than the previous model, but, at 3970mm in length, does sneak under the four metre barrier. Front and rear tracks are 29mm and 30mm wider, respectively. However, VW's engineers put the Polo on a diet and have dropped kerb weights by an average of 2.5 percent across the range. Illustrating the upward march of automotive classes, this Polo is about the same size and weight as the third-generation Golf.

In Europe, Polo is available with seven petrol or diesel engines, but when Australian deliveries begin in April next year, VW will offer two petrols and one diesel. The pick is clearly the 1.2 TSI and it will top the local range.

Available with either a six-speed manual or seven-speed DSG, the tiny four-pot is happy to trundle around at low rpm, but delivers its best in the meaty mid-range. Power drops off above 5500rpm, giving little reason to rev it to the 6000rpm redline.

Either gearbox works well, although the DSG still has low-speed throttle sensitivity issues and lacks steering wheel paddles. It's terrific on the move and keeps the engine zinging along on a wave of torque. But the manual is likely to be $1500 cheaper and with its slick, tactile operation and light clutch, gives the 1.2 TSI a more involving character.

The new Polo doesn't quite have the dynamic polish of the Mazda 2 or Ford Fiesta, especially when fitted with 15-inch wheels on 185/60R15 rubber. Some of the launch cars were fitted with optional 17-inch alloys with sticky 215/40ZR17 Dunlop Sport Maxx tyres and so equipped, the 1.2 TSI is infused with real sportiness and decent body control. But the Polo's steering lacks any meaningful feedback.

Refinement, however, is the strong suit, with muted engines and almost non-existent road noise. In fact, in terms of NVH, the Polo shames many small and medium cars.

With the local launch still nine months away, VW Australia says pricing is far from finalised. The company is keen to keep the pricing structure as close as possible to the current range of $17K-23K. As a guide, UK prices have risen by an average of less than $1000.

Five-door Polos arrive first, followed by three-door variants and a four-door sedan, with three- and five-door versions of the high-performance GTI (to be unveiled at the Frankfurt show in September) later in 2010.

The left-hand-drive cars on the launch were built in Spain and had excellent quality, but RHD models will be built in South Africa — the source of some previous-gen Golfs where quality matched neither customer nor company expectations. Indeed, at the launch of the Golf VI, VW was delighted to point out that all Golf production had returned to Germany.

The Polo brings a small car maturity to the light car class and it feels a generation and a half ahead of the old car. It may not match the handling of the Mazda 2 or Ford Fiesta, but it's a more complete car than the 2, and from my launch drive, I'd argue it runs the class-leading Fiesta a close second. Only a Wheels comparo can confirm these suspicions but VW should confidently look forward to building on the 10.6 million Polos sold worldwide since the model's 1975 launch. 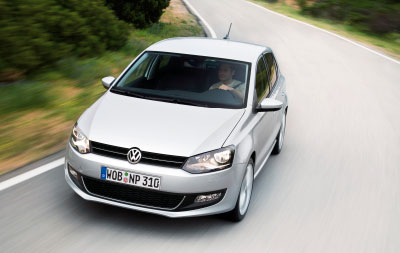 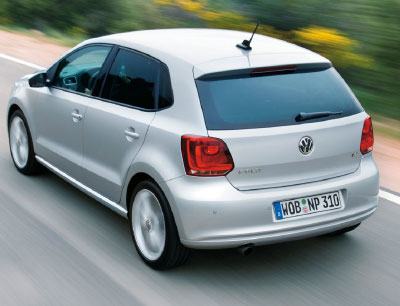 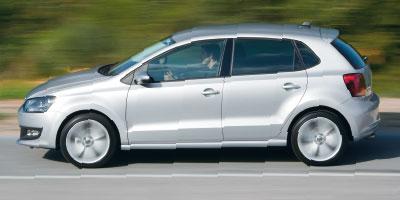