We had a brief squiz at the Colt Ralliart Turbo back in the May issue and were pretty keen for a steer of the car that had made at least a visual impact on debut at the Melbourne Motor Show early this year.

That bold exterior styling, with alloys, rear wing, flared guards, and a bonnet vent that looks like an intercooler but isn’t (the real one is mounted at the front) promised much. Especially as it was from the same stock as the Ralliart Evo. 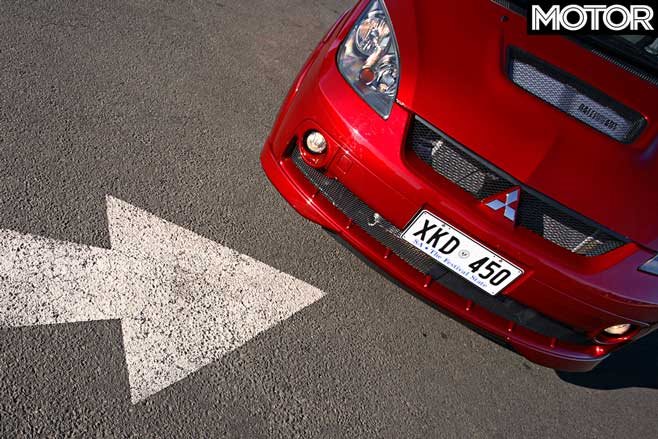 Well, those clever Mitsu marketing types made us wait until they had the rest of the Colt stable ready to roll to give the range expansion a bit of a plug. And, good luck to them, but we just wanted to find out if TRA tweaker Alan Heaphy had managed to turn an innocuous five-door shopping trolley into a fun weekend bend weapon.

After driving that show special you saw on the May cover, I reckon he has. But the kicker is it’s not the same car you can now buy at your local Ralliart dealer for $29,990. This particular car’s Macpherson strut suspension is made up of stiffer coils and a firmer damper than the ‘standard’ Colt Ralliart Turbo, and that makes for a marked improvement to the car’s ability to negotiate corners at speed.

It rides like a slot car – just steer it in as hot as you like, mash the loud pedal, and if you’re hovering around 3500rpm (where the 1.5-litre’s torque peaks at 210Nm) you’ll get hauled flat through the corner with nary a flash of the Active Stability Control light. 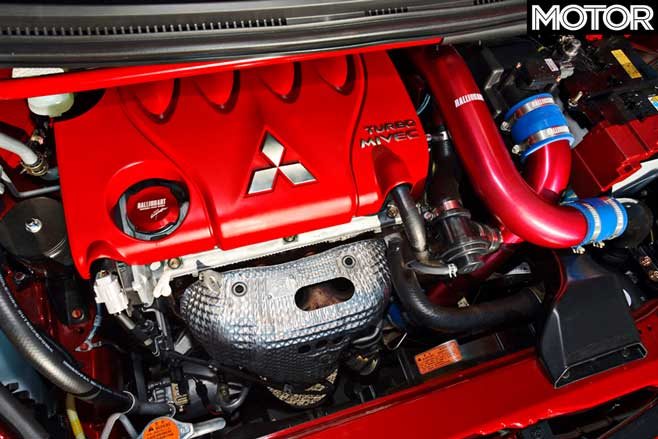 It’s a sharp steerer too, thanks to its super rigid body – 30 percent more rigid (and 60kg heavier) than the standard Colt. To achieve that there’s additional cross bracing between the front side members, a reinforced D pillar, triangulated bracing between the rear floor cross-member and the rear suspension, and 50 per cent more spot welds to hold it all together.

It’s the same body in the ‘standard’ Colt Ralliart, but that exciting slot car feel is diminished by the softer suspension package it gets. The idea is to make the car less harsh on the road, but chuck it into a corner and that stiff body feels as though it wants to fall over its 16x6.5-inch seven-spoke alloys, which are held nicely to the tar by Yokohama 205/45 R16 run-flats. The ASC light flickers away (the ‘off’ button didn’t seem to work in either car we drove) as the safety software copes with understeer, and the smiles are replaced with expressions of concentration. 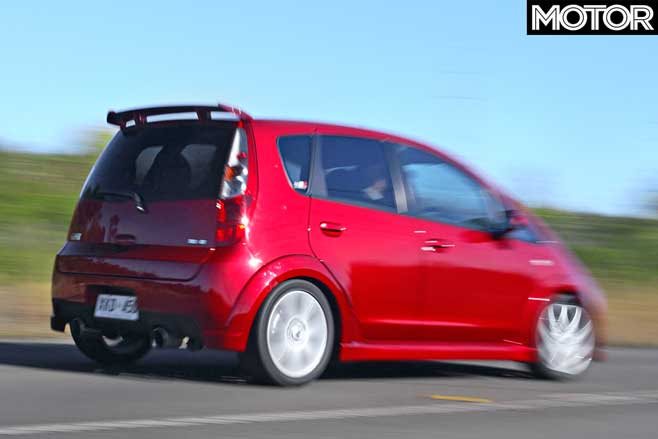 The Getrag 5-speed manual (common across the range) gets a fair workout to get the most out of the 113kW and nice wedge of torque on offer. It has an easy, direct throw between gears making the oft-used second-to-third transition unnoticeably good, but it’s a little spongy, when compared to units in much more expensive rides, and that’s a reminder that this is, after all, a 30-grand sports car.

Accordingly there are other compromises, although we’re talking good mid-range stuff, not bargain basement. The stylish Recaro seats, leather bits where your hands go (wheel, knob and handbrake) and MP3-compatible sound system are the only real highlights in an otherwise Spartan (and noisy) cabin. 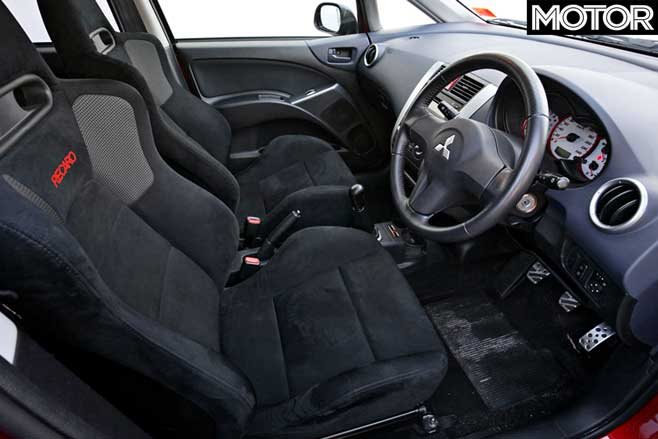 And that’s just fine, because the money I’d save on sticker price, and from the way it sips 6.7L/100km in much the same way that a Commodore or Falcon (or 380 VR-X, for that matter) doesn’t, will go towards a nice set of aftermarket suspenders. 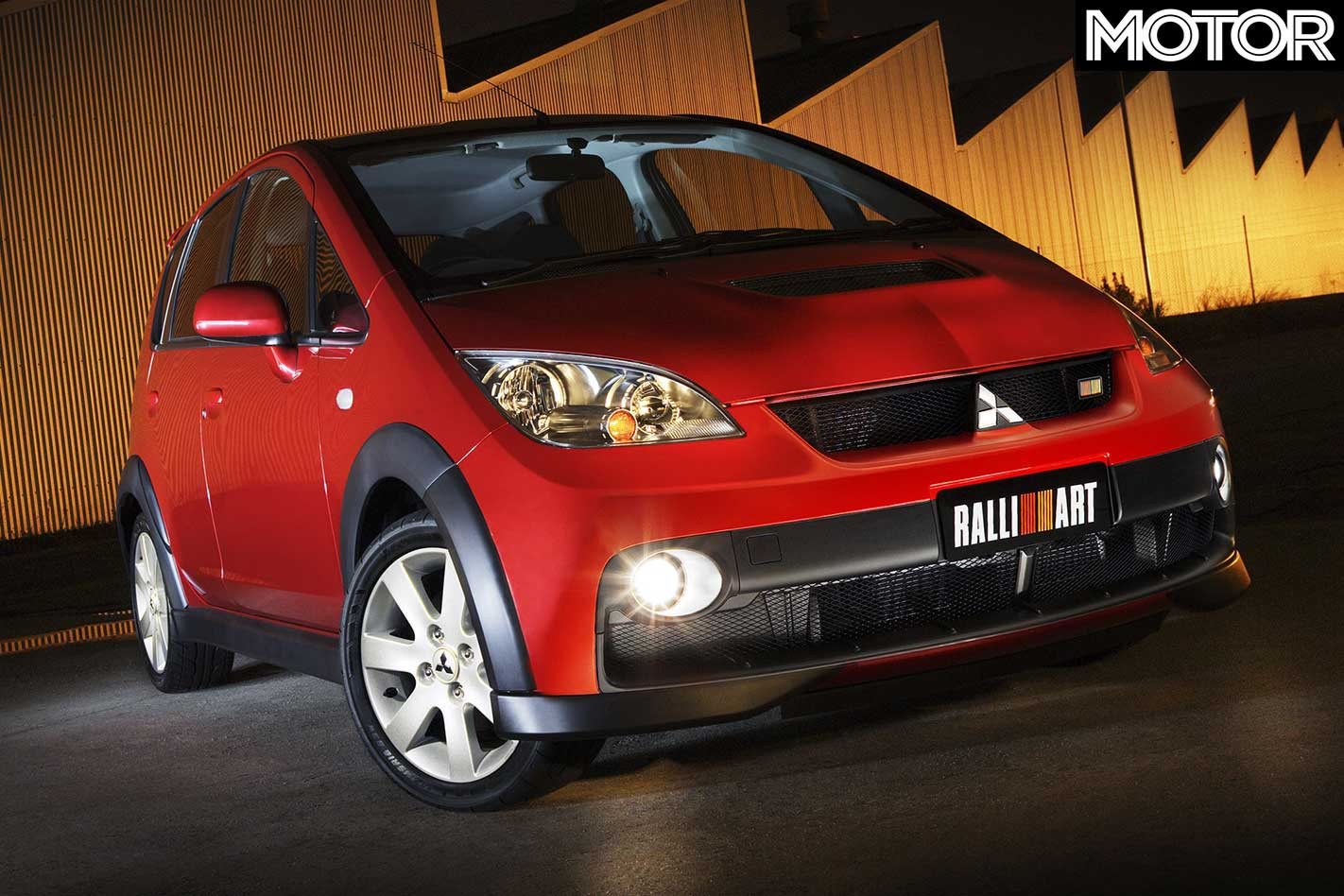 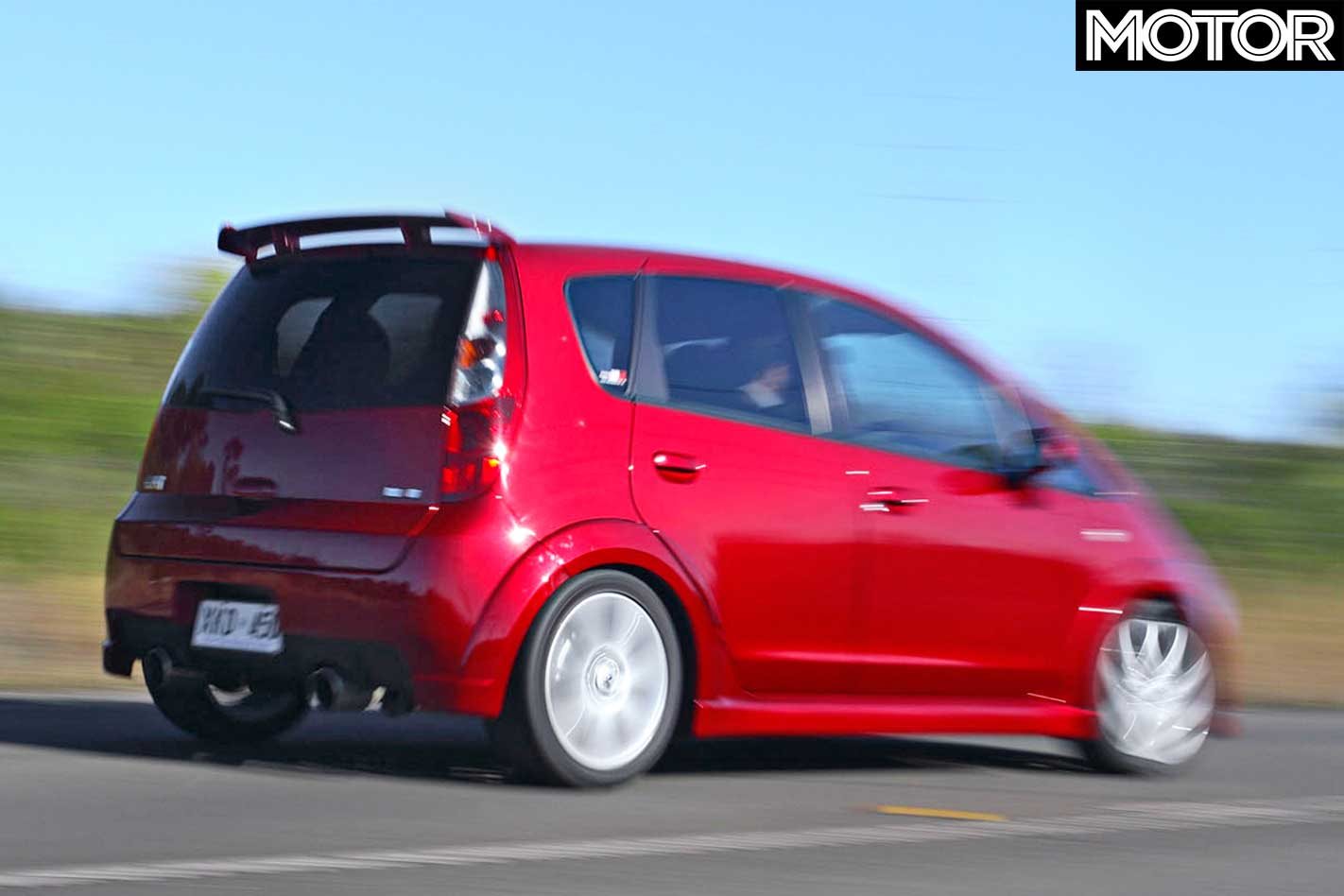 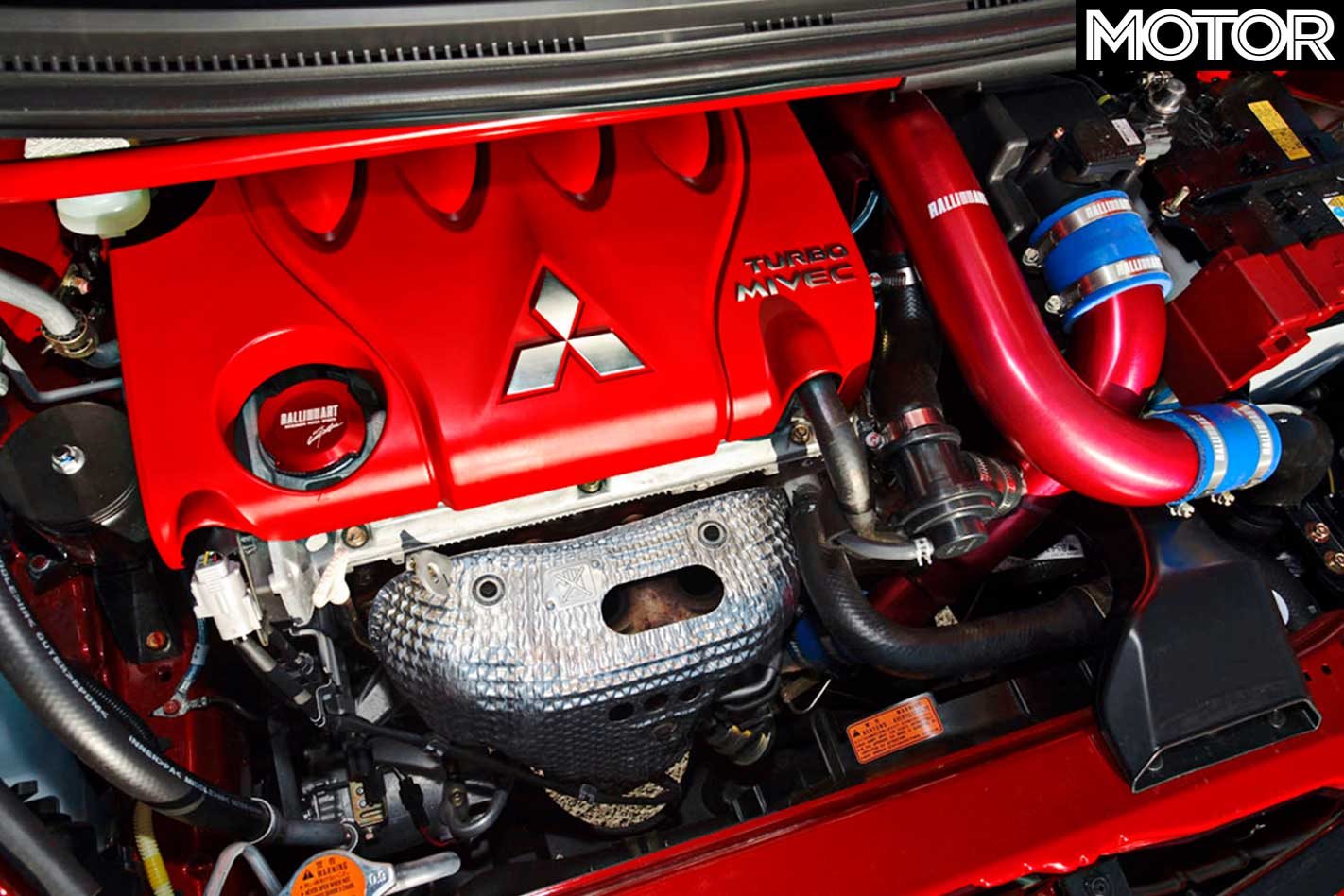 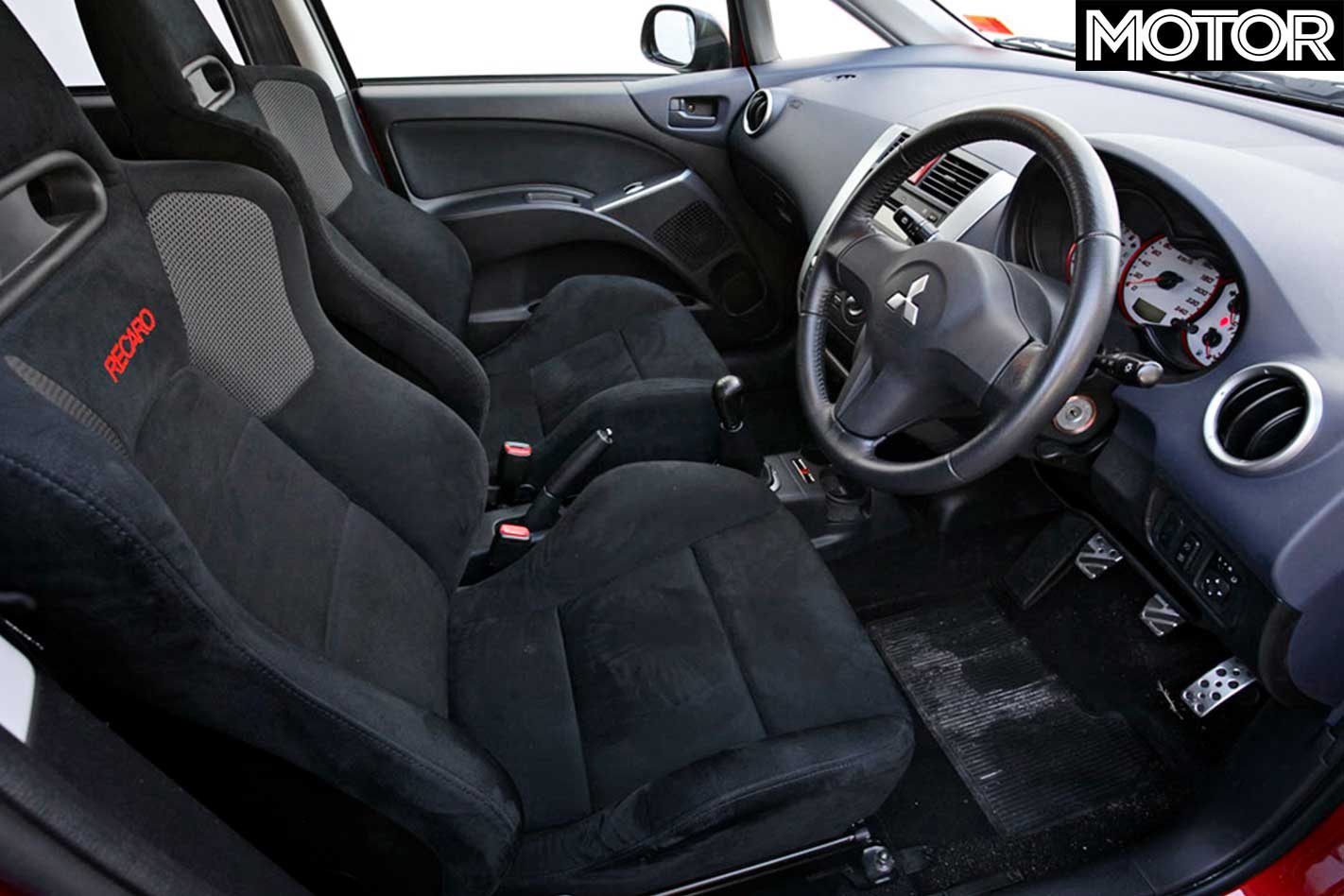 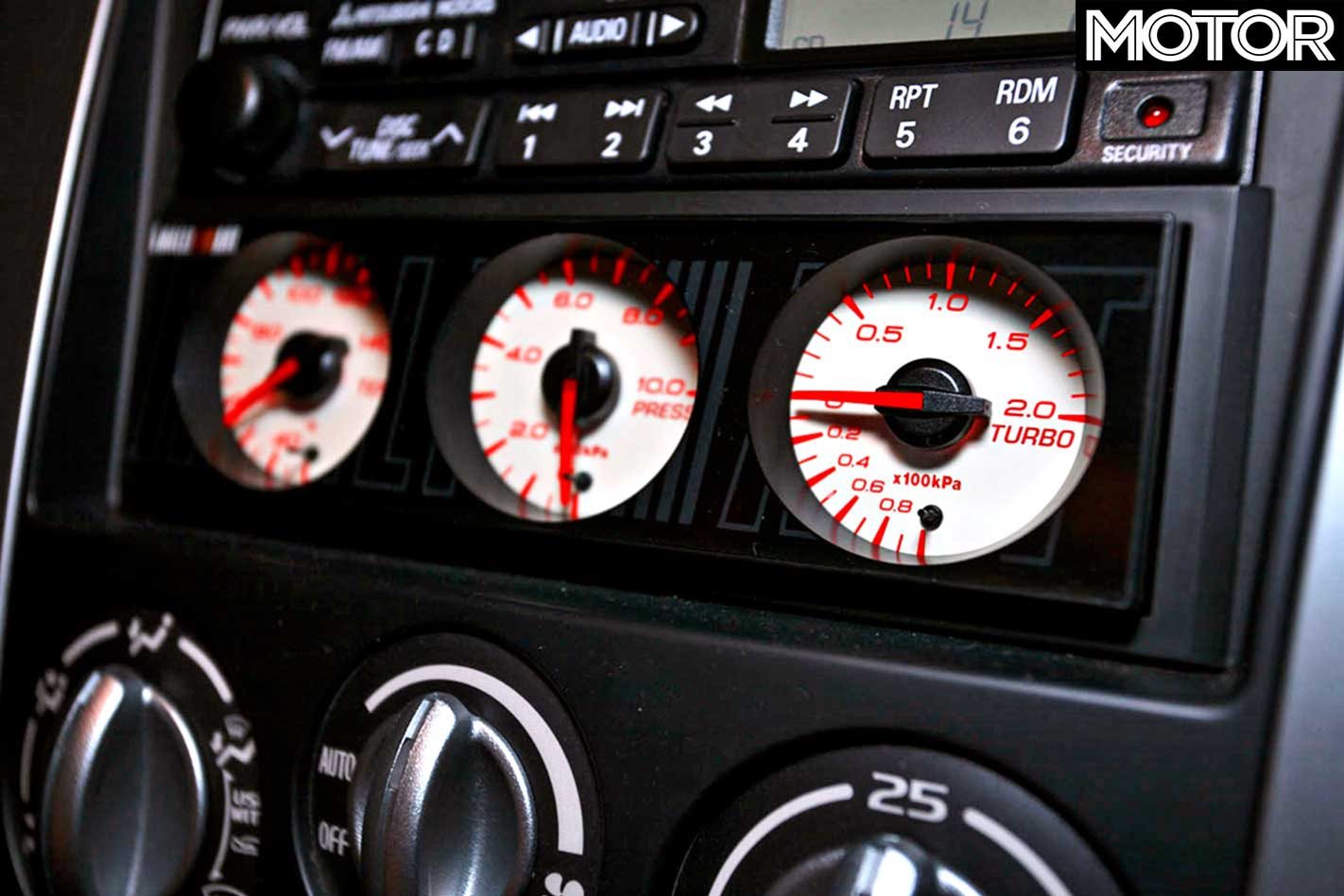