Do you worry that electrification will make all cars the same? Then the Polestar 1 is a reassuring thing: a 450kW plug-in hybrid with a 2.0-litre supercharged, turbocharged petrol engine with starter/generator, two other electric motors, a part-steel part-carbonfibre monocoque, a carbonfibre bonnet the size of a mainsail, and a single transverse rear leaf spring.

It’s so techy you have to open the bonnet and delve behind the rear wheels, having jacked up the car, or perhaps while lying on the floor, to tweak its 22-stage adjustable Ohlins dampers. Welcome, then, to the intensely baffling Polestar 1. 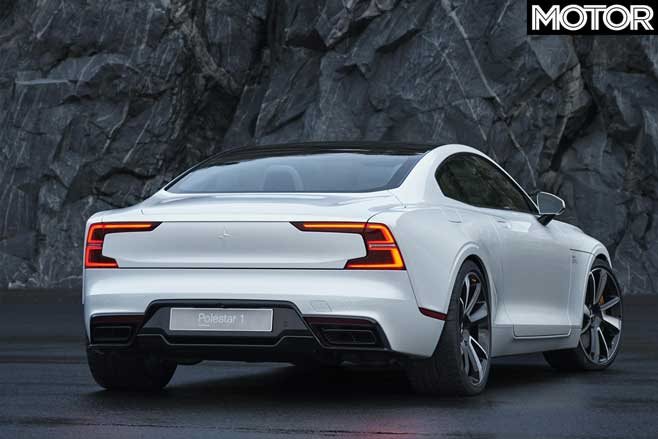 Polestar is now a stand-alone electric performance brand, owned by Geely and Volvo, and gets its own R&D spend, so it can do things like open a satellite engineering centre in the UK. And its engineers can go to the bosses and present a car as wacky as this and get the answer: “Hey, sure, go for it.”

They will build just 1500 1s, all in China and all left-hand drive. Although it’s a plug-in hybrid, all following Polestars will be purely battery electric – as well as more widely available and, presumably, cheaper and less complex.

The 1 is an extremely complicated car, with ravenous performance and luxury, a car of extravagance but the ability to cover 130km on pure-electric power. At €150,000 (AUD$240K) it’s a four-wheeled champagne socialist. 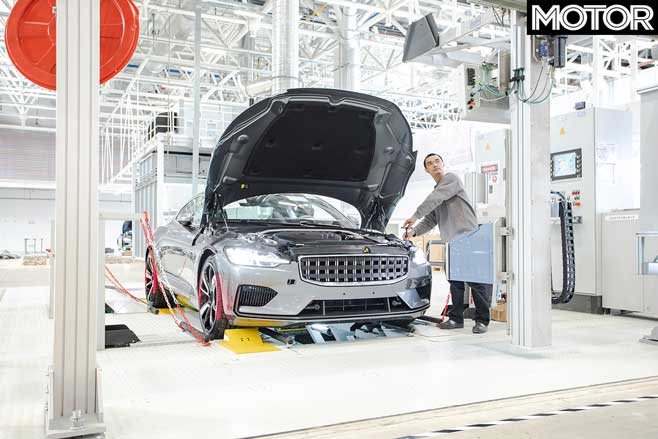 Based on Volvo’s SPA platform that underpins the 60-Series, but with a chunk taken out of the wheelbase and floor, the 1 is just 4.5 metres long. There is structural carbonfibre in the floor, roof and pillars, plus all of the body panels bar the bumpers. The composite is costly but allows tight radii on those rather dashing rear guards, reminiscent of the P1800’s.

More significant, the composite gives greater structural rigidity and lightness. The 1’s body is 40 percent stiffer than if the whole caboodle were steel, and it weighs less. To a point. The twin rear-mounted electric motors, the twin-charged and electrically assisted combustion engine, and 34kWh of batteries located down the spine of the car and behind the rear seats mean that this 2.07m-wide coupe with tiny rear seats and not much boot still weighs 2350kg. 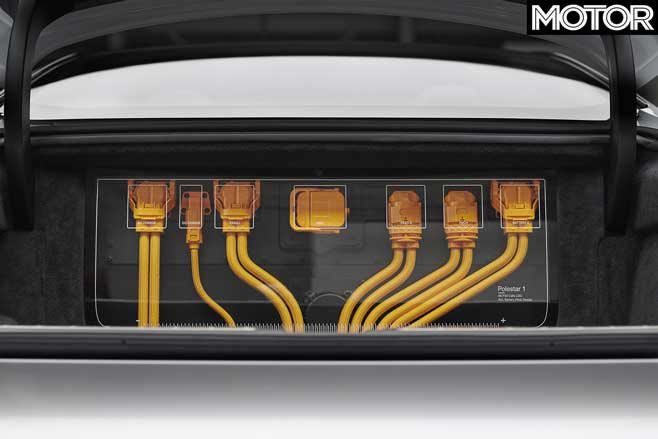 The interior architecture is pure Volvo, and none the worse for it, with carbonfibre trim inserts and better-trimmed leather than usual.

It’s necessary to note that what you see here is a validation prototype car, with unfinished tooling and fit. There’s at least one more build phase before production proper, and yet it’s already better inside than some finished cars.

The ambience, then, is a posher version of something familiar. 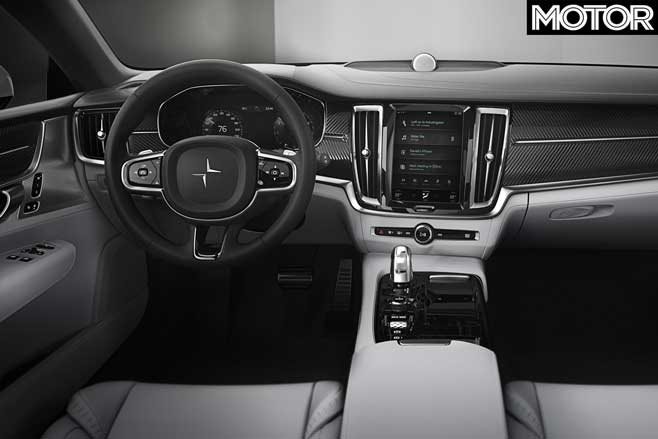 The front seats are big, the driving position comfortable and the plus-two rear seats very small. There’s a sedan-style boot with some connectors made visible behind a panel, looking a bit ‘flux capacitor’, and the rear seats don’t fold. Therefore, it’s not the most practical of coupes, but such is the will of its personality that I don’t think that matters much.

You spin the start button and the dials spring to action, and you can scroll through various modes of propulsion, from full EV to four-wheel drive (everything always on). In zero-tailpipe-emission mode, it’s still brisk enough to keep pace with motorway traffic. In many-emissions mode, it feels Continental GT levels of quick.

The ride and handling give you fewer options. From the factory, those Ohlins dual-flow-valve dampers are set to positions 9 (front) and 10 (rear) of 22, and I suspect that’s where most of them will stay. They give the car an acceptably pliant ride, despite 30-profile, 21-inch, bespoke Pirellis. 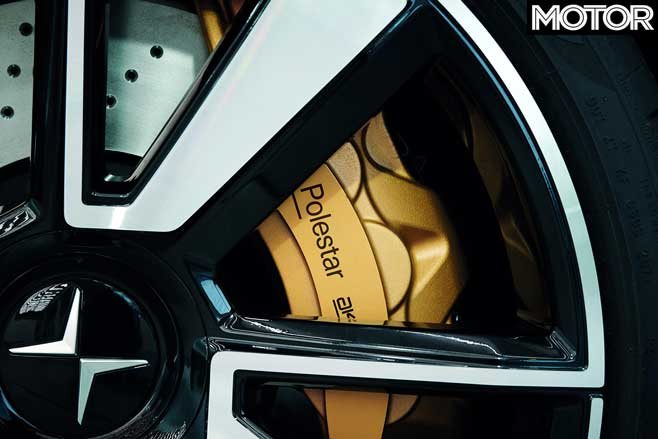 It has tremendous consistency, with a good ability to smother small bumps without the ‘sproing’ and echo of air springs, but just as key is a restrained roll rate, and particularly deft body control for a car of this weight. It might just be the best EV/PHEV driver’s car to date.

Choosing those gold Ohlins shocks over adaptive dampers is a little weird, nerdy, expensive – all Polestar’s words, incidentally – but there is only one steering setting, moderate of weight and speed, with a nice build-up of torque away from a very stable centre.

The whole set-up is very much focused on the way the engineers like it. It’s keyed to the road surface, with torque vectoring at the rear axle, which puts in effort even during mild cornering, overdriving the outside rear wheel. Few cars of this mass feel this agile. It’s decidedly well integrated and curiously rewarding. 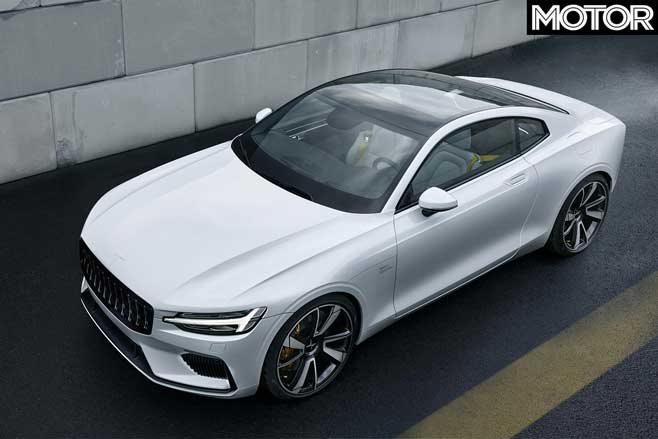 Given the 1 is not yet finished, I won’t give it a star rating. In a way, it doesn’t really suit one. This is a car with loads of alternatives, but none of them is a natural rival to a coupe that’s slightly bewildering, has a great sense of fun, and is thoroughly well finished inside. 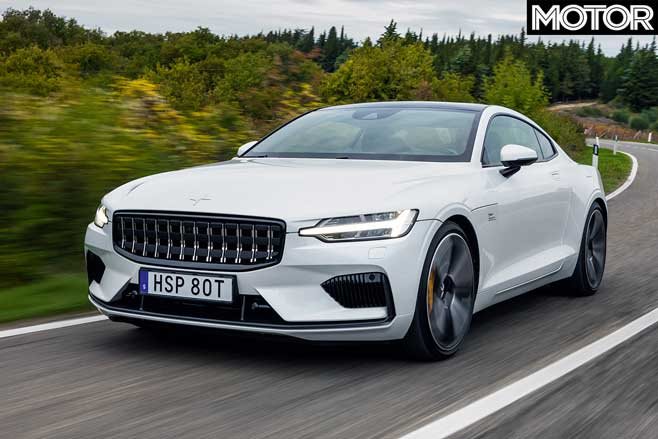 It's the first model to emerge from Volvo’s fledgling Polestar premium electrified car brand. A limited run and hand-built, it’s both a four-wheeled shop window for what the company can achieve and a taster for what its future models will be like.

At a glance, it would be easy to dismiss the Polestar 1 as simply a two-door Volvo S90. But there’s more to it than that. Much more. It’s packed with advanced technology and, apart from the elements of its scalable platform architecture (SPA) and interior, has little in common with Volvo’s more mundane models.

For starters, the eye-catching bodywork (this car really does look good) is made up of hand-layered carbonfibre-reinforced polymer (CFRP). Even so, the kerb weight is still 2350kg, which makes sense when you realise what’s under those lightweight panels. 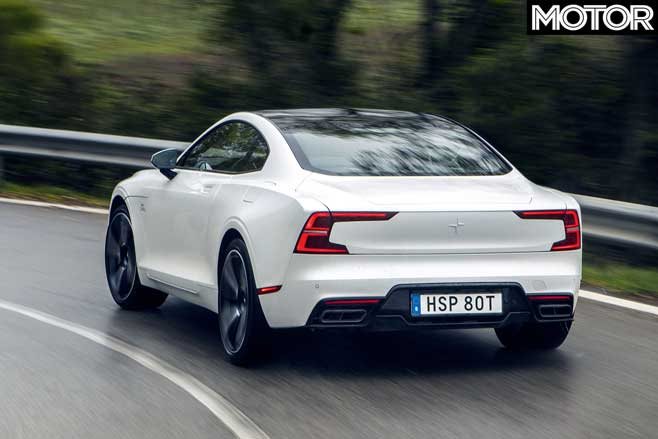 Driving the front wheels through an eight-speed auto is a turbocharged and supercharged 2.0-litre petrol four, while at the rear is a pair of electric motors, one for each wheel, and another motor between the engine and gearbox that acts as a powerful starter/generator. Powering these are two large batteries, one in the transmission tunnel and another over the rear axle. So you can see why the car is a bit lardy. Still, there should be enough power to overcome this.

Inside, the Polestar borrows heavily from Volvo, with the dashboard essentially carried over wholesale. However, special leathers and bespoke trims help lift the ambience, allowing the car to hit its luxury GT brief. While it’s billed as a 2+2, the rear seats really are cramped – as is the boot, which is largely full of battery.

In Pure mode the Polestar uses the combined 171kW from its twin rear motors to travel in near silence for about 130km on a charge. Acceleration is instant and it feels T5-quick, which is more than fast enough for the daily cut and thrust. Better still, such is the range that you would rarely need to bother its internal combustion engine. To do so, however, would be missing a trick. 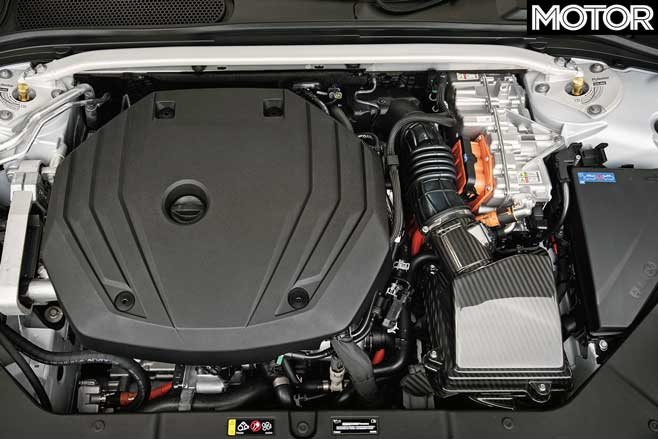 Engage Power mode and the performance gets serious. It’s perhaps not quite as rapid as you’d expect a 448kW car to be (that’s the effect of nearly two and a half tonnes for you), but the combination of immediate electric torque and the power of that twin-charged engine mean, in a straight line, the Polestar easily has the measure of, say, a Mercedes-AMG A45. There’s also terrific traction, with only the odd squirm of torque-steer reminding you that the front and rear axles have no physical connection.

It sounds good too, the mix of supercharger and turbo chatter, gravelly induction (the intake plenum is carbonfibre) and the whine of the electric motors creating a unique aural backdrop that’s not necessarily better than a standard car, just appealingly different.

However, the Polestar’s real party trick is the way it deals with corners. The trick torque-vectoring motors do their bit here, rotating the car into and out of the bends, but so does the suspension. There are double wishbones at the front and a multi-link set-up at the rear, but in place of Volvo’s adaptive dampers are eye-wateringly expensive Ohlins dual-flow manually adjustable dampers, which as an engineering choice is both strange – who wants to get grubby adding a few clicks of bump and rebound to their luxurious sports GT? – and brilliant, because they work so well. 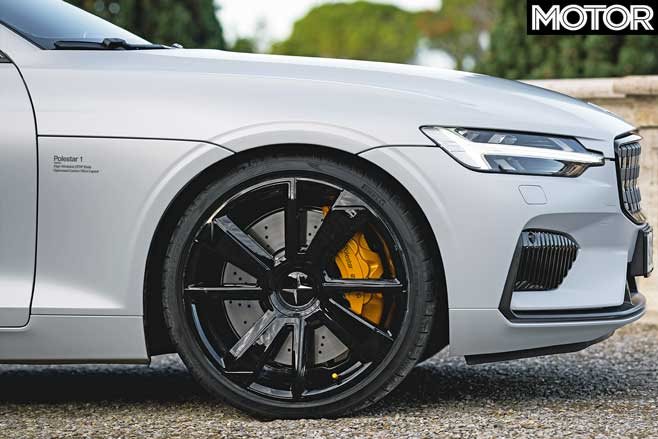 There’s not much feel through the steering, but it’s meaty and has a cracking rate of response, which further helps the Polestar scythe towards the apex with real agility, and you can sense that the outside rear wheel is subtly oversped on exit. It doesn’t generate oversteer as such, but helps kill understeer to deliver a deliciously neutral stance. Rapid direction changes reveal a deft dexterity, while those special dampers deliver cast-iron control.

The brakes are up to the challenge too, a degree of low-speed snatchiness giving way to both prodigious power and a progressive pedal that has you second-guessing where regenerative retardation ends and friction braking begins.

Take things easier and the Polestar does the whole GT thing well. Ride is on the firm side, but you can always soften the dampers a touch. It feels special inside too, the use of bespoke leathers, premium trim inserts and details such as a translucent gear selector helping to enhance the already stylish interior and justify the price.

This thing isn’t cheap and has some quirks, but as a showcase for what Polestar can achieve in the future, the handsome 1 hits the spot. Despite its fiendishly complex underpinnings, the quick and composed coupe also has genuine charm and personality. 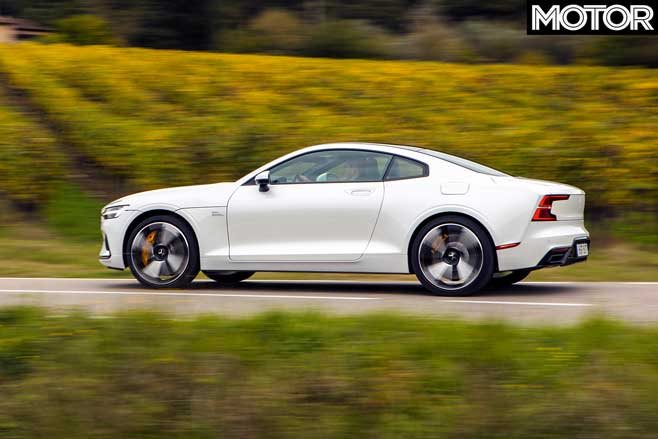