What has a smaller engine and a pair of turbos done for the base Porsche 911? It's made it faster, more useable and enacted a personality change of sorts.

It was certainly on the peaky side, an engine you had to rev out to get the best from. But that was never a chore, as the noise it made on the way to its 7800rpm redline was truly something. But they're the good old days now. The 3.8 is gone, replaced with a new twin-turbo 3.0-litre unit in two tunes for Carrera and Carrera S. Since we just drove the S, we'll concentrate on that.

Consider that the previous car didn't make its peak torque until 5600rpm. Redline is down from 7800rpm to 7400rpm. Boo, yes, but it's not as significant a cut as could've been. Porsche has toiled hard to make this engine behave as naturally-aspirated as possible. The noise is one of the biggest departures from the NA car - it's certainly different. It was always going to be tough matching the old NA noise, given it was one of the better sounding engines around, full stop.

For a start the new car seems quieter but with the taps fully open it bellows a note about an octave lower and one a bit more technical than mechanical. It's still recognisably Porsche flat-six just not quite as distinctive as previous.

And the new car certainly doesn't sing its way to redline like the old one; in fact you don't saviour the final 1000rpm like you did the old car because it's just not the same event. 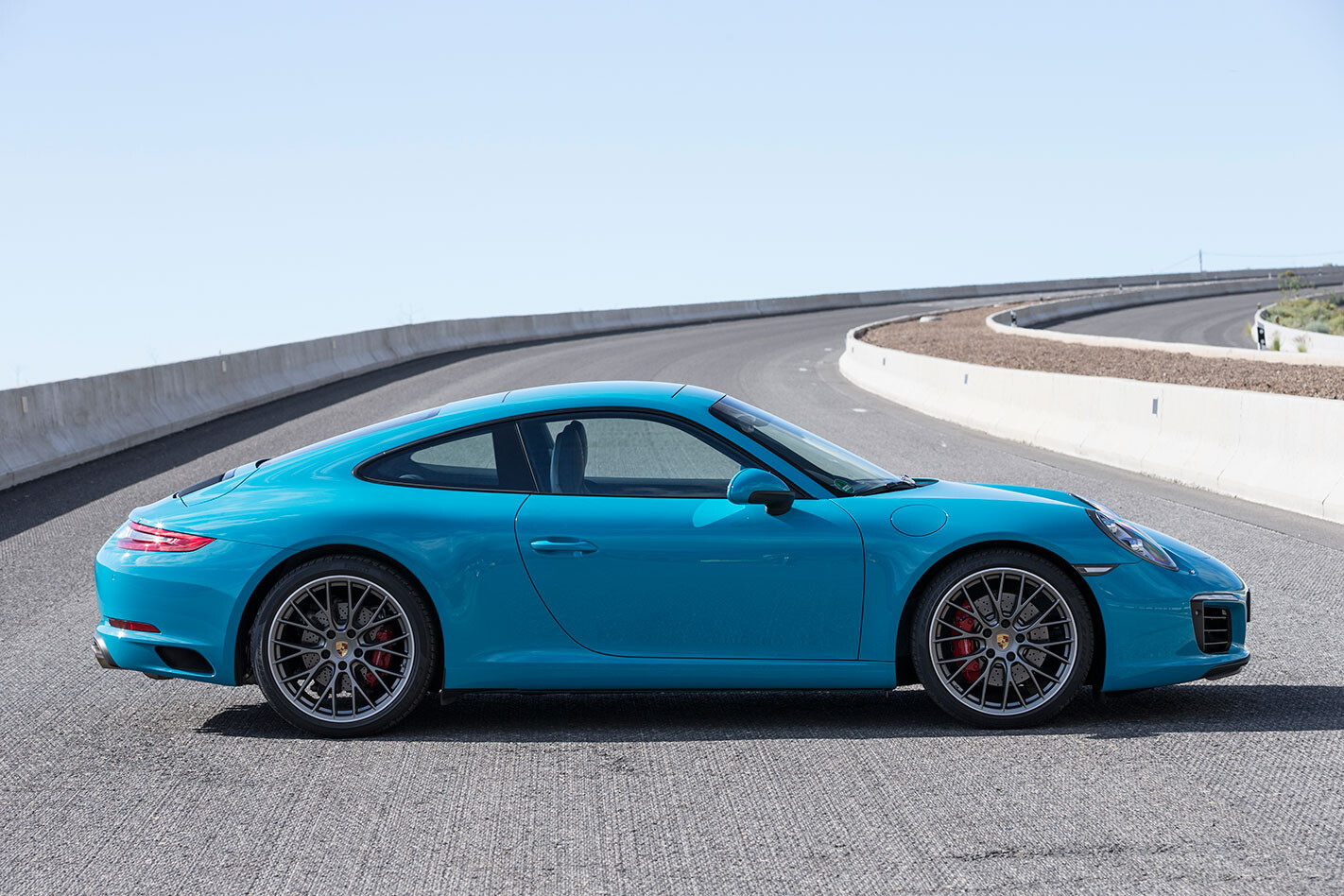 Turbo fans, though, will enjoy the whistle available at low rpm with the windows down, but perhaps more, they'll dig the extra muscle - the Carrera S is a car whose swollen mid-range torque you surf, rather than whose punch you need to rev out every gear to get.

There's now a flexibility about the engine the old NA car couldn't hope to match. You're in fourth gear at 3000rpm? Not a problem - boot it, give it a fraction for the turbos to spool, and you're boogying. You had to bang the old car down a few gears to get the same effect.

And the new turbo Carrera S is fast. It's not quite bordering-on-scary explosive like its 911 Turbo big brother, but it'll still push you back in the seat and have you paying attention. The power is just right.

Launch control, and short-ish first and second gears, help it to 100km/h in 3.9sec, or 0.2sec faster than the old car.

Porsche says turning the Carrera S turbo has saved 1.0L/100km, combined consumption now 7.7L/100km. Our car said we were doing 26.9L/100km - mind you, the driving was, err, especially enthusiastic.
Don't blame us, the Carrera S is remarkably well sorted, much like the old car, and it's serious fun up a twisty road. The 911 really is one of the best handlers around and the 991.2 is no different - it's got its scheisse together.

The steering is accurate and honest, the damping spot-on and it even rides sweetly. As an all-round product, the Carrera S is super impressive. 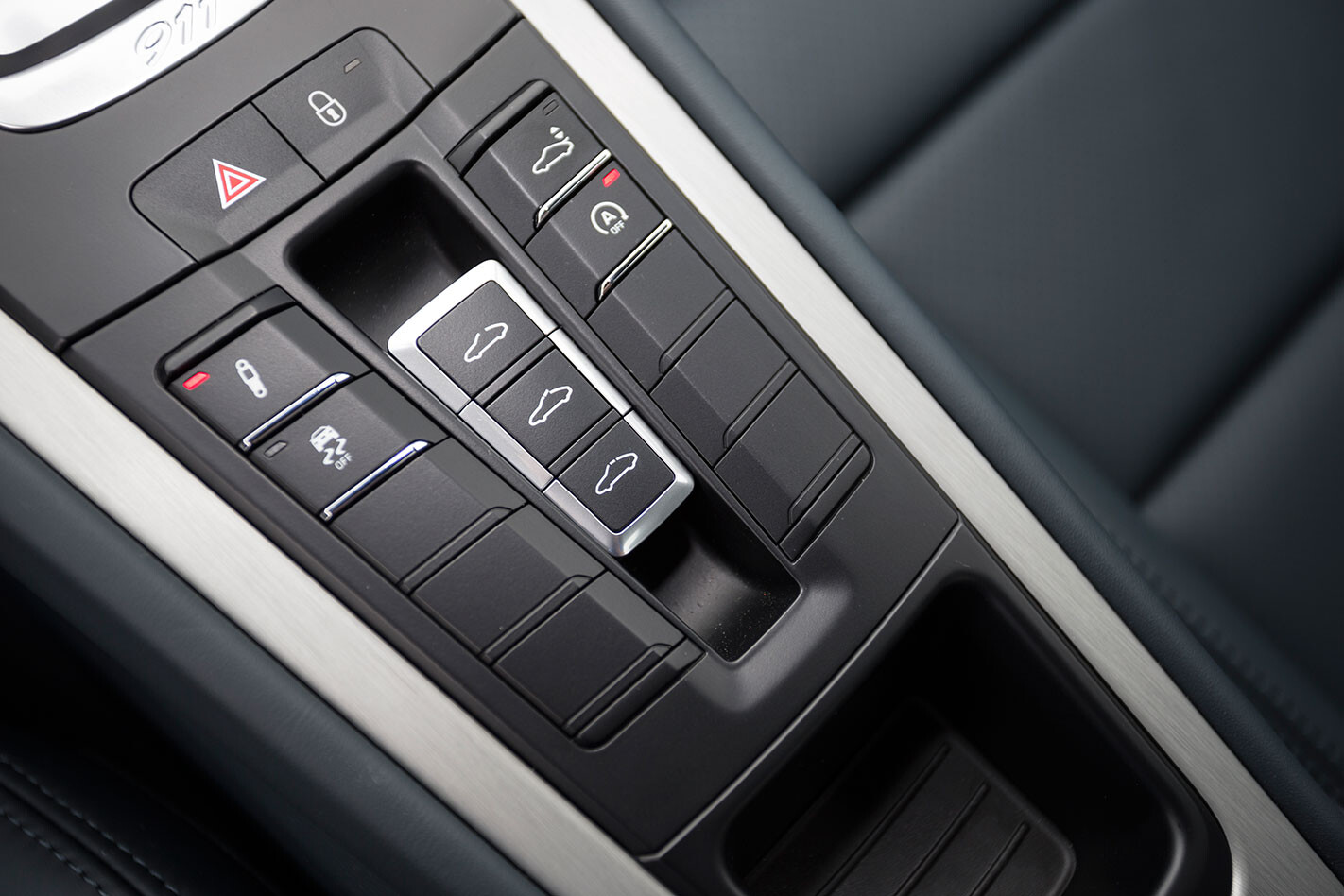 That's not mentioning the bullet-fast, responsive and faultless PDK 'box, the nigh-on perfect driving position and impressive interior quality, either.

It's interesting, though, how much a smaller engine and turbos can change a car. The 911 is still a cracking, impressive, satisfying and easy car to drive fast. Few other cars scratch the driving itch like a 911, and that's still the case.

But turbos have changed its personality from a car than once sung its lungs out at high rpm like some opera singer - a car whose neck you had to half wring - to something just as fast, if not faster, but a little more mature in the delivery. 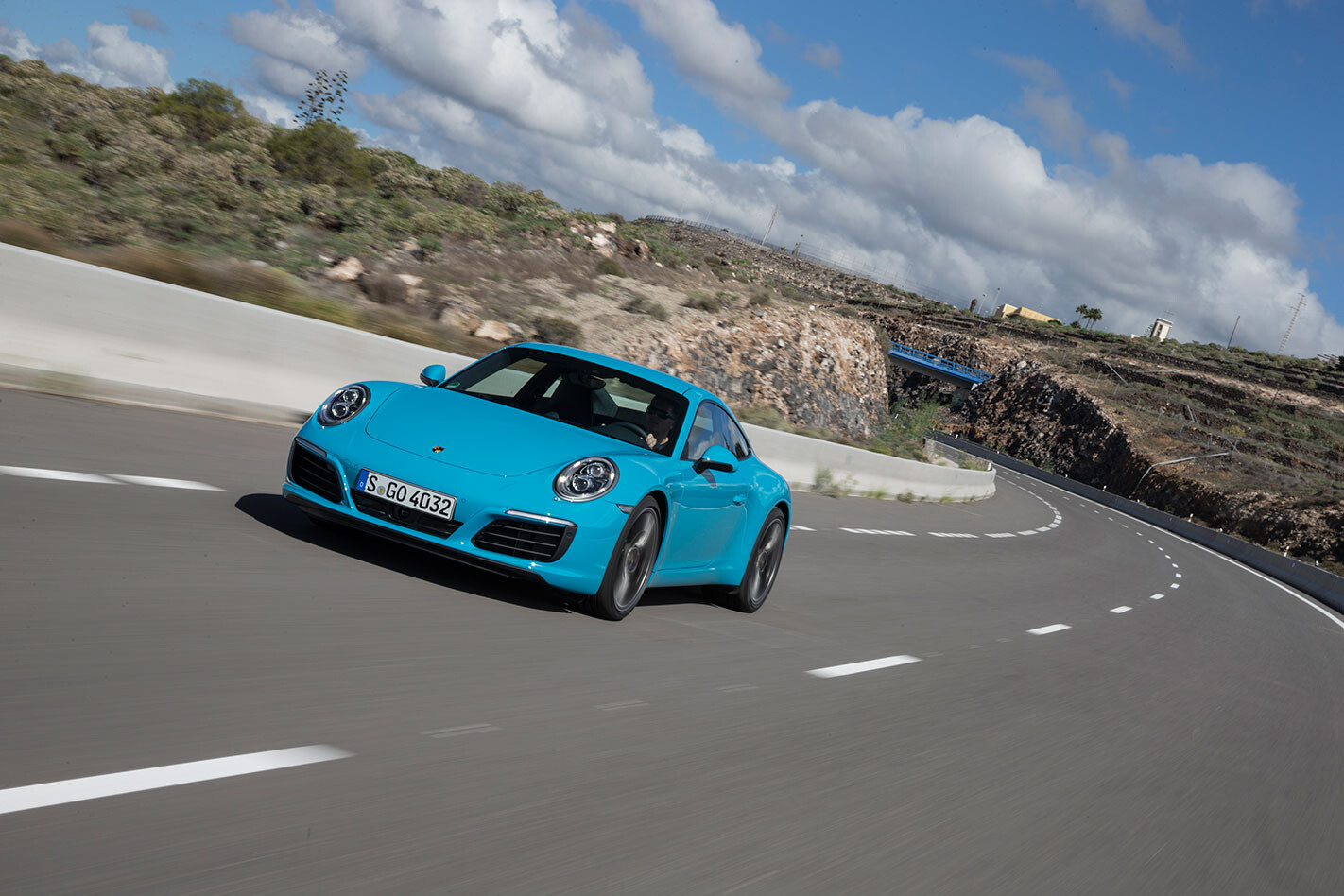 The turbo Carrera S feels less highly-strung as the old car, more relaxed, yet potent as hell and just as fast - in fact, faster.

It's an outstanding car. If the tacho suddenly turned into a clock it'd just take you a little while longer to notice.

The new turbo Carrera and Carrera S are on-sale Australia in March.