The Porsche 911 GT3 is a 911 Coupe with more power, less weight and a hunger for race tracks. It's not the most expensive or the fastest car in the 911 range, but it is the one real drivers should choose

WHAT IS IT
The Porsche 911 GT3 is a road-legal 911 Coupe enhanced for race track use. That means less weight, more power, bigger brakes and stickier tyres; everything the budding track maestro needs to hone their driving skills. If you're really serious, Porsche will throw in a half-rollcage and racing harnesses for free.

WHY WE'RE TESTING IT
The 991-series Porsche 911 GT3 first launched in Australia in March, but engine reliability issues forced Porsche to withdraw it from sale, and recall all cars already in customer hands. Six months later, the engine issues have been overcome and the 911 GT3 is back and ready for a proper road test.

THE WHEELS VERDICT
The 991 series Porsche 911 is a huge step up from the previous model (the 997 Series II). There is no better 911 if you want to better yourself as a driver.

PLUS: Rev-hungry engine; steering; handling; brakes; grip
MINUS: Auto only; no back seat; compromised road manners

THE WHEELS REVIEW
SOMEBODY got the recipe wrong. It was probably nothing more sinister than a pinch too much of this, or a dash too much of that, but a small mistake becomes a huge problem when you're whipping up titanium alloy for connecting rods for a 3.8-litre flat-six engine that spends its life screaming to 9000rpm.

None of the five 991-Type 911 GT3s delivered to Australian buyers in early 2014 threw a rod, but a handful of European customer cars did. That was enough for Porsche to call a worldwide halt to deliveries and recall every GT3 in customer hands. Those cars sat motionless for six months, waiting for Porsche's conrod supplier to get the recipe right. And now that they have, the purest 911 can hit the track again.

As we know, the GT3 is a 911 honed for pace and precision on a racetrack. This $294K rear-drive coupe is based on the $251K Carrera S and shares the S's larger 3.8-litre flat-six, but the internals of that engine have been reworked for 53kW more and to make it rev higher and harder.

Far from being a 'stripper' 911, the GT3 actually gets more tech, to enhance stability in corners and traction exiting them. For starters, two rear suspension control arms are replaced with electro-mechanical actuators to provide active rear steering. At speeds below 80km/h, the rears contribute to a tighter turning circle; above that, they increase the turning circle, which Porsche says bolsters cornering stability and speed.

Then there's the active rear diff and Porsche's Torque Vectoring Plus electronics. Unlike the previous GT3's rear differential, which had preset locking values, the new system is fully variable for greater finesse under power. The greatest compliment you can pay this system is that you can't feel it working.

The new GT3 has a bigger footprint than the 997 MkII version: wheelbase is 103mm longer, front track has grown 51mm and the rear Michelins are 31mm further apart. So it's no great surprise that kerb weight is up, but the 36kg increase is tiny considering the dimension growth. It's also irrelevant because real-world performance is hugely improved, and not just because the PDK's gear ratios and the final-drive ratio combine with the power increase to carve 0.6sec off the 0-100km/h time (now 3.5sec).

Wheels tested the 991-Type GT3 at Queensland Raceway, laying down a best time of 60.3sec for the clubman circuit. Our best in the 997 GT3 at the same track in 2007 was 63.5sec. It is possible that the driving skills of yours truly may have improved in the intervening years, but the greater improver is the GT3. Not just in outright pace, though it's hard to ignore the direct-injection engine's extra aggression, the higher levels of grip the Michelins provide, and the ferocity of the GT3's bigger brakes. The GT3's composure and stability on the limit is equally astonishing, and an absolute joy to experience. This is not a scary 911 to drive, not even on the edge.

One aspect that may upset purists is the omission of a manual transmission from Porsche's track weapon. It's hard to deny the romance of DIY heel-n-toeing, but on race tracks the PDK is the faster, better option. Proper paddles that rotate with the steering wheel let the driver change gears in a blink and focus more on braking points, apexes and accelerating at breathtaking speeds down the straights. And that's totally in tune with the GT3's track focus.

It may not be the fastest 911 coupe, nor is it the most expensive. Right now, both those honours go to the $445K, 412kW 911 Turbo. But it is the best proponent of the 911 ethos, the purest expression of Porsche's pursuit of driving perfection. It nails the 911 recipe perfectly. 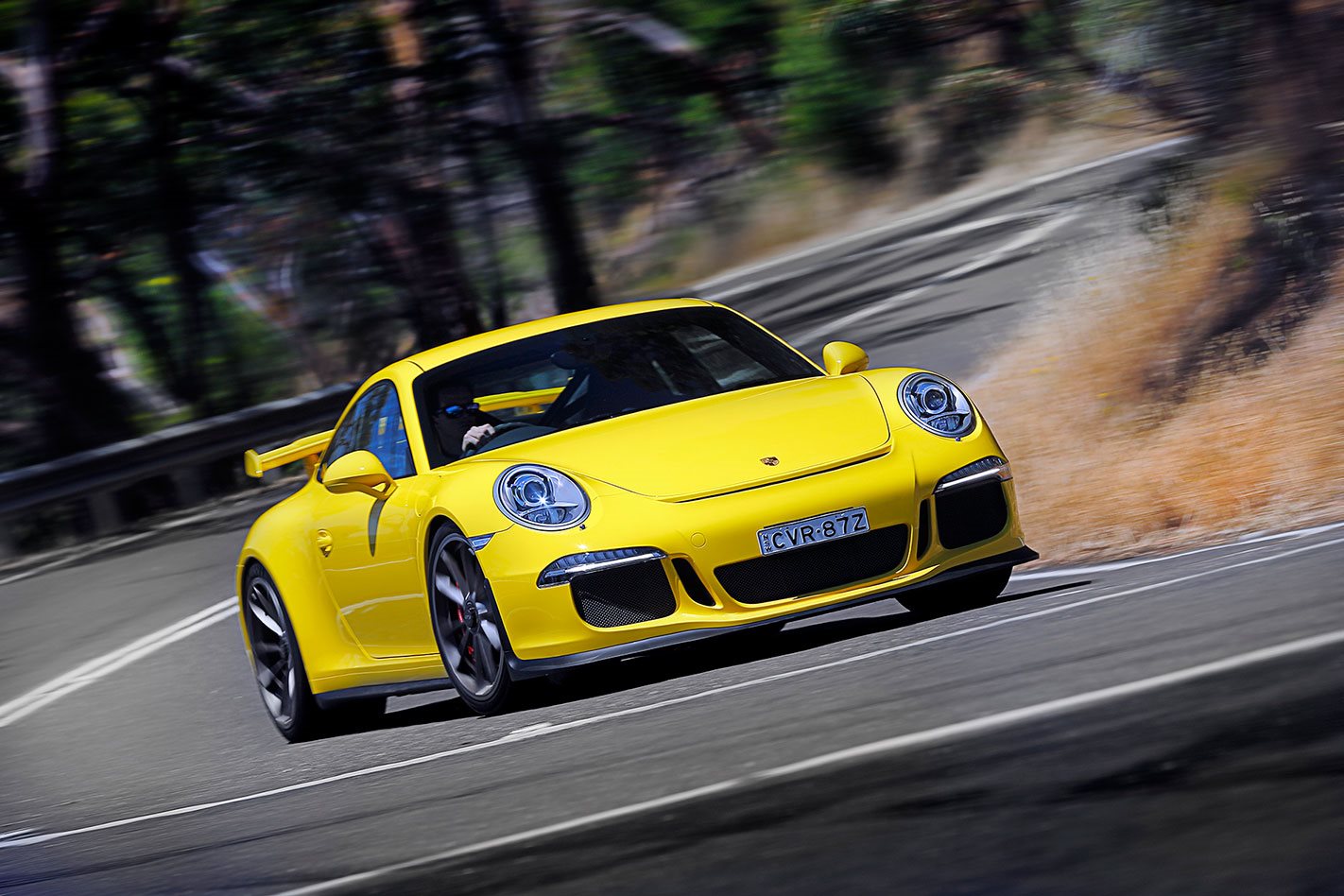 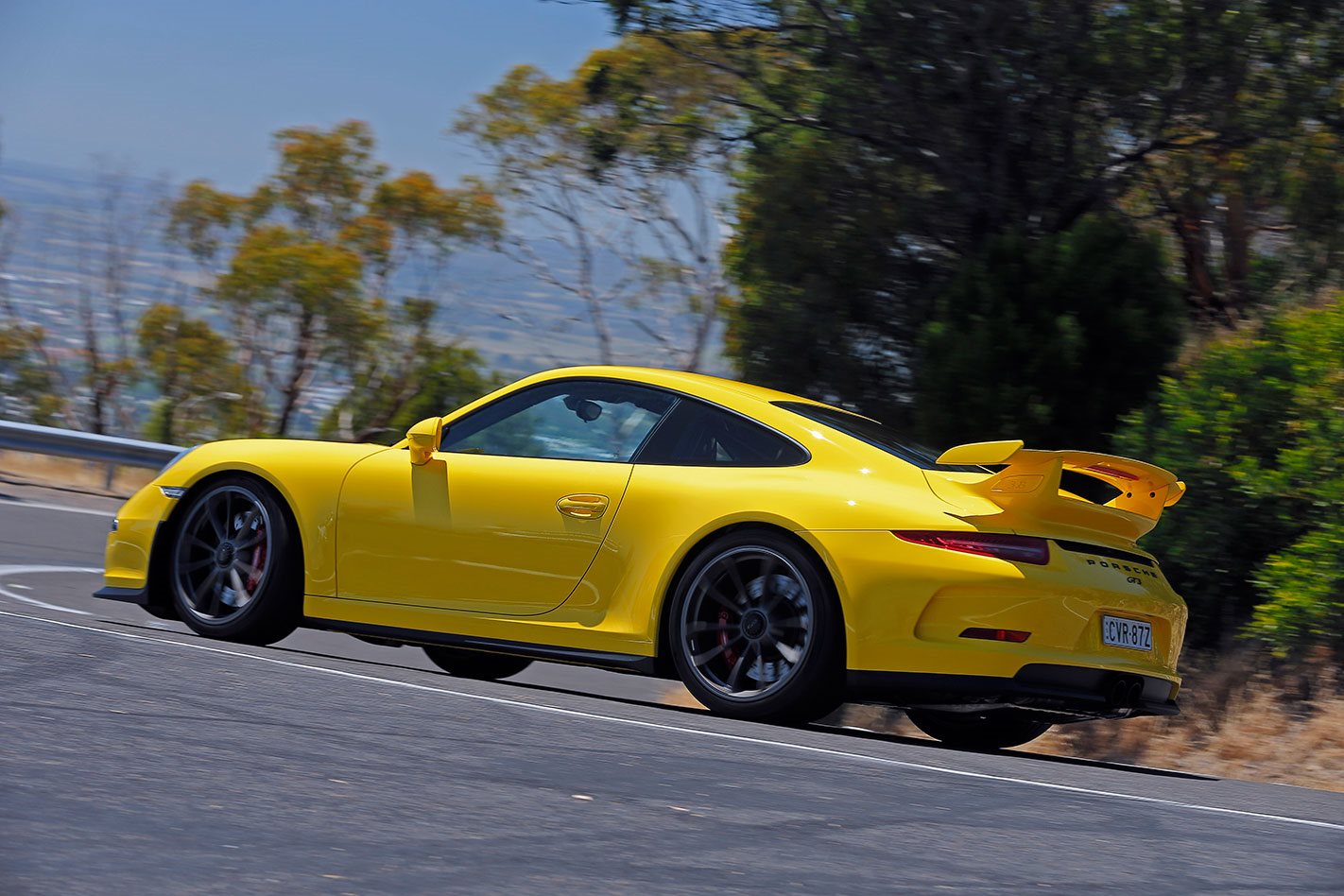 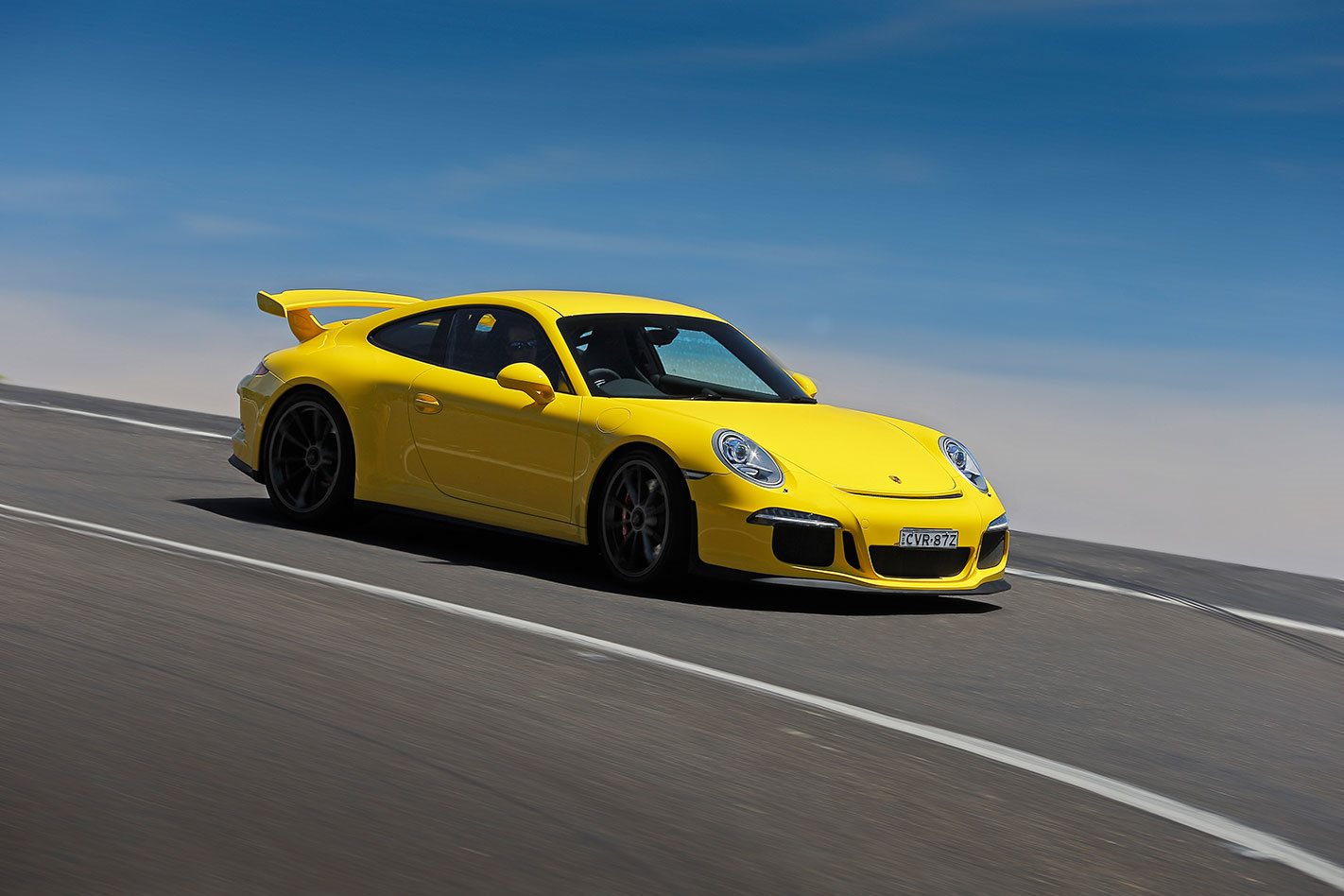 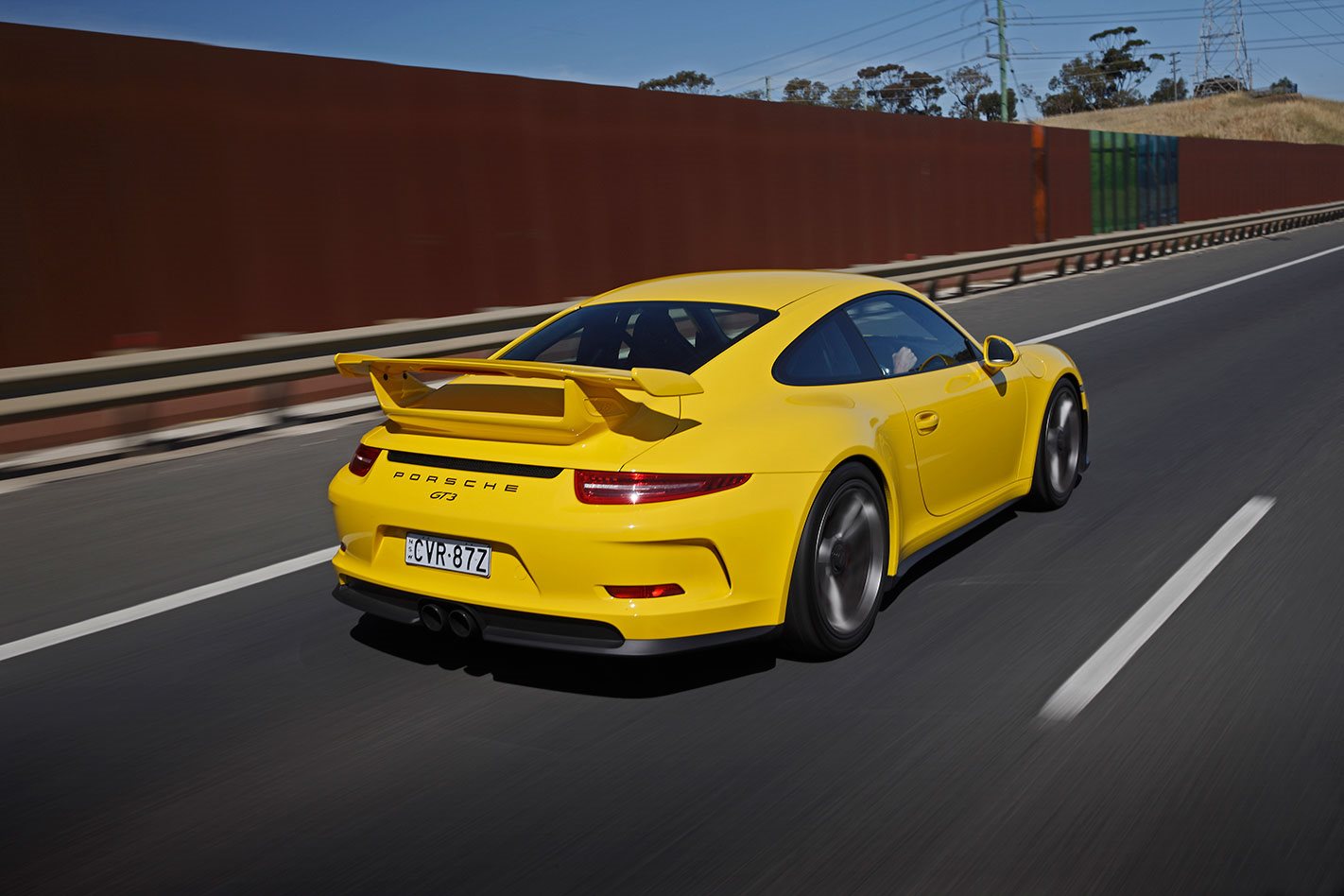 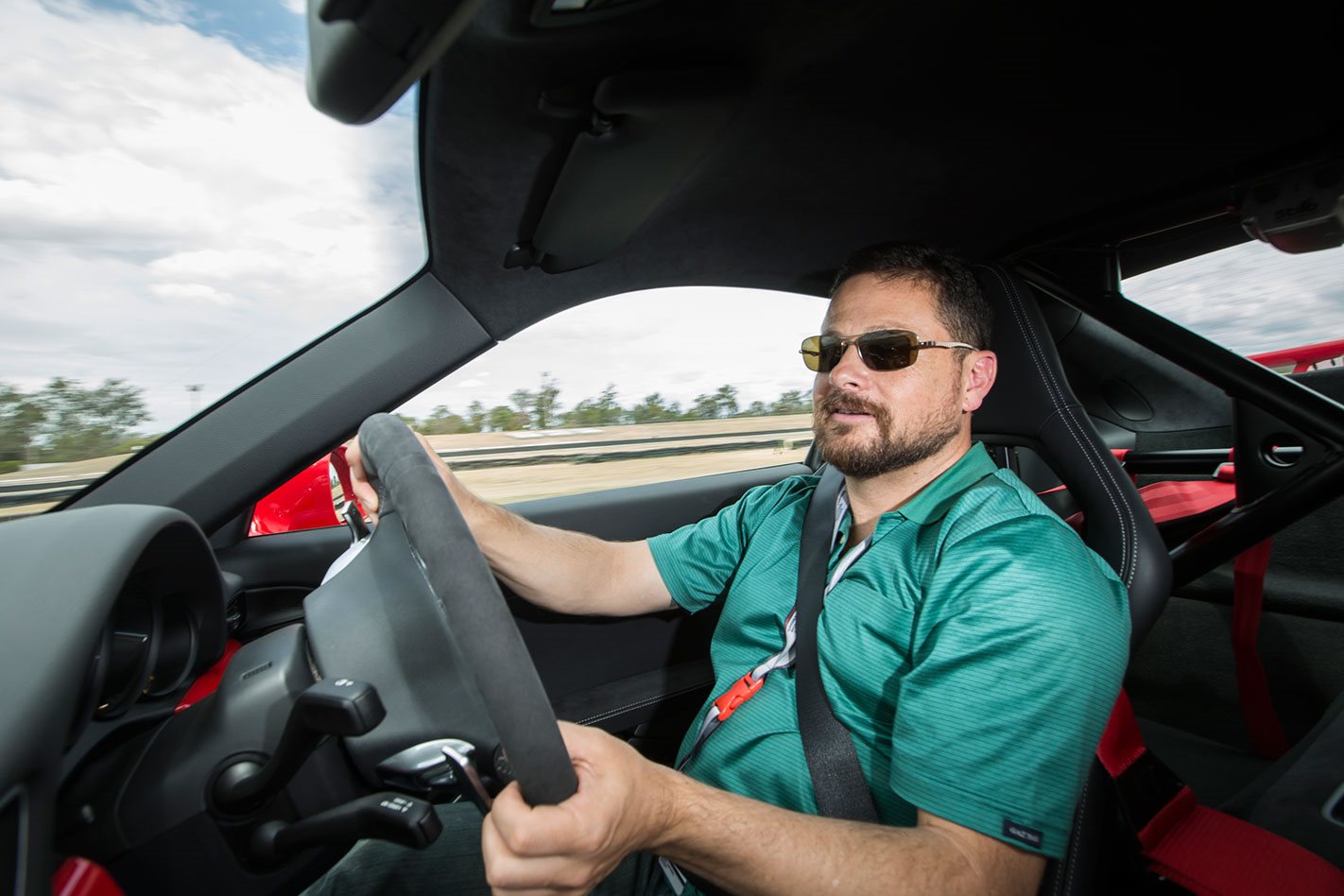 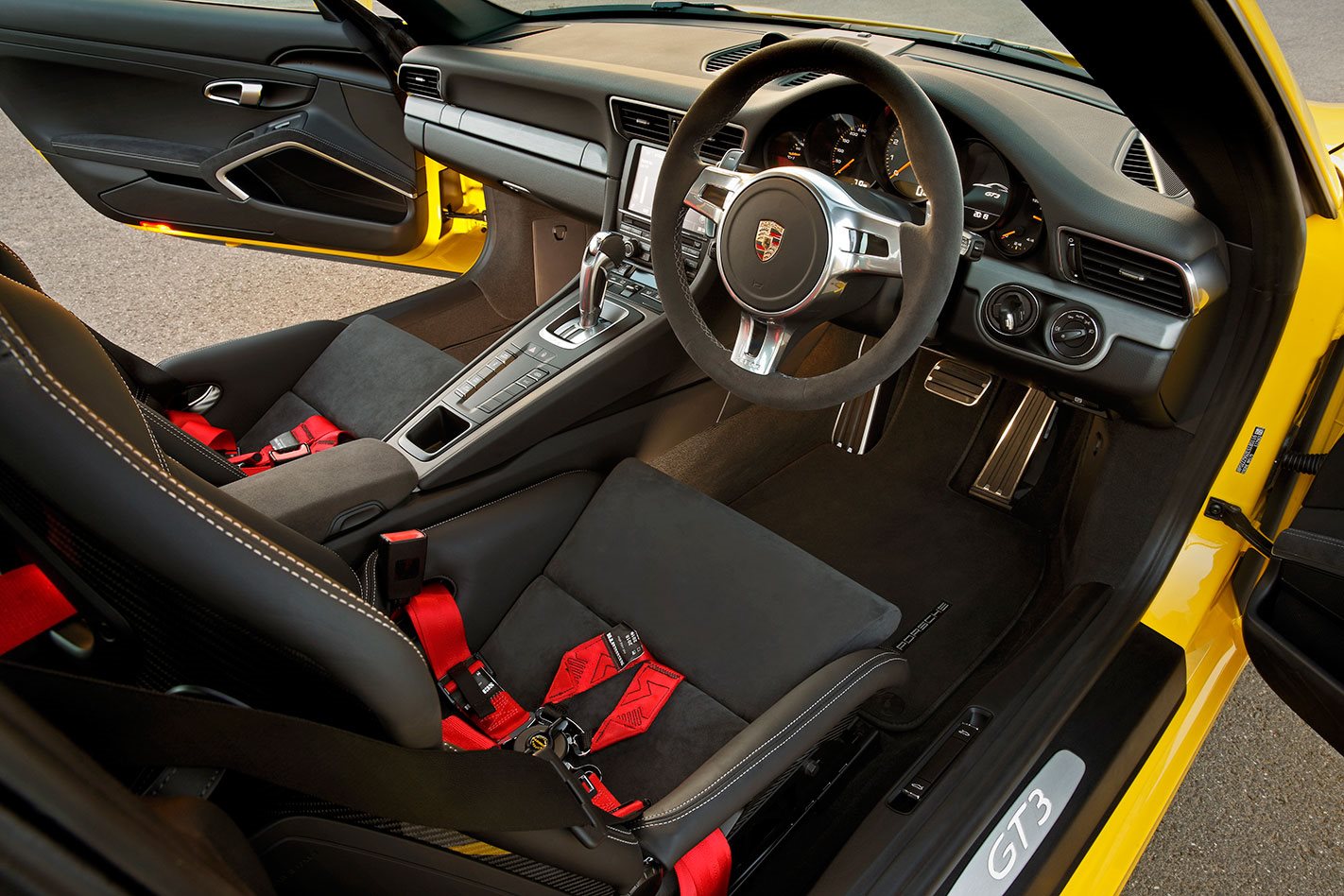 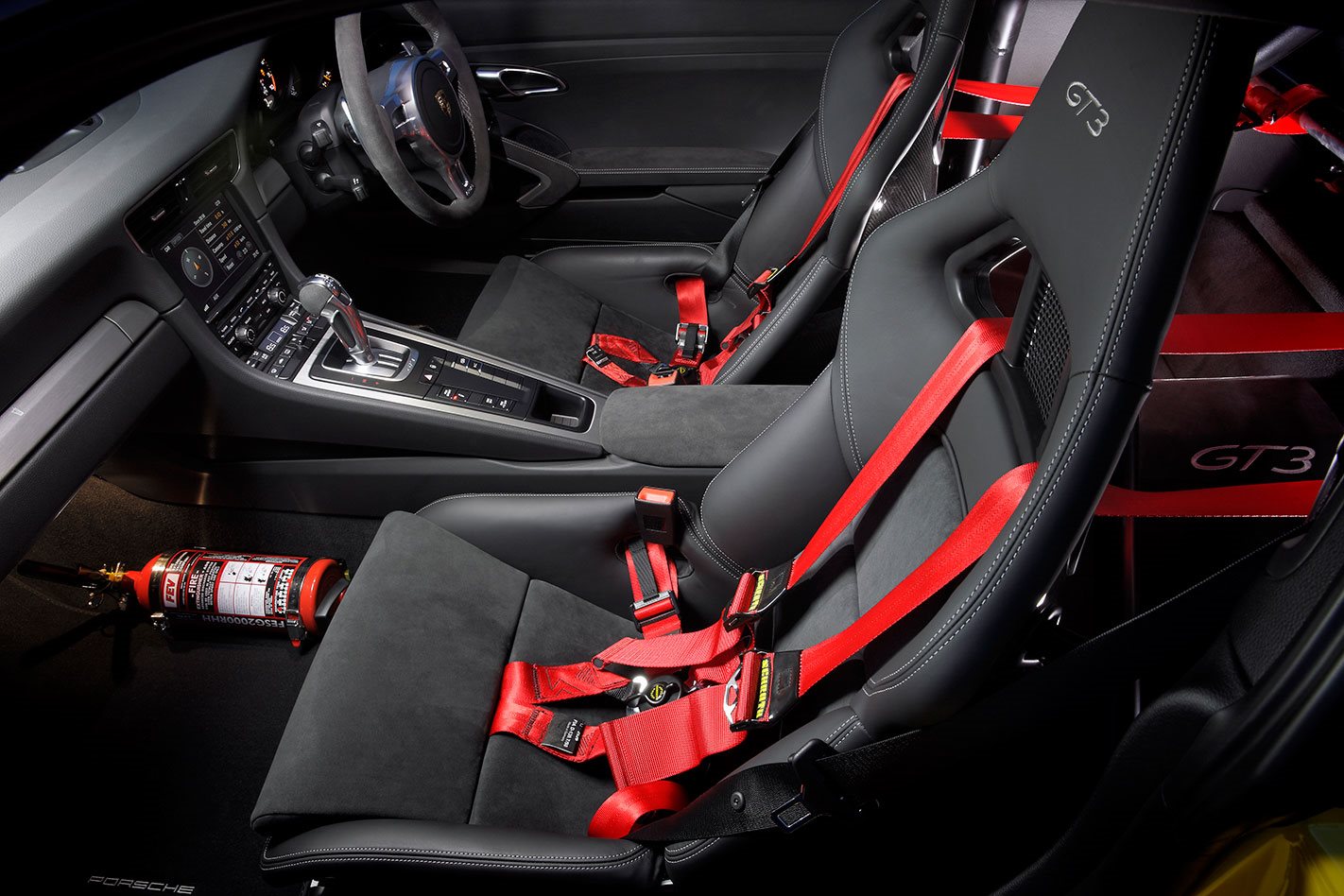 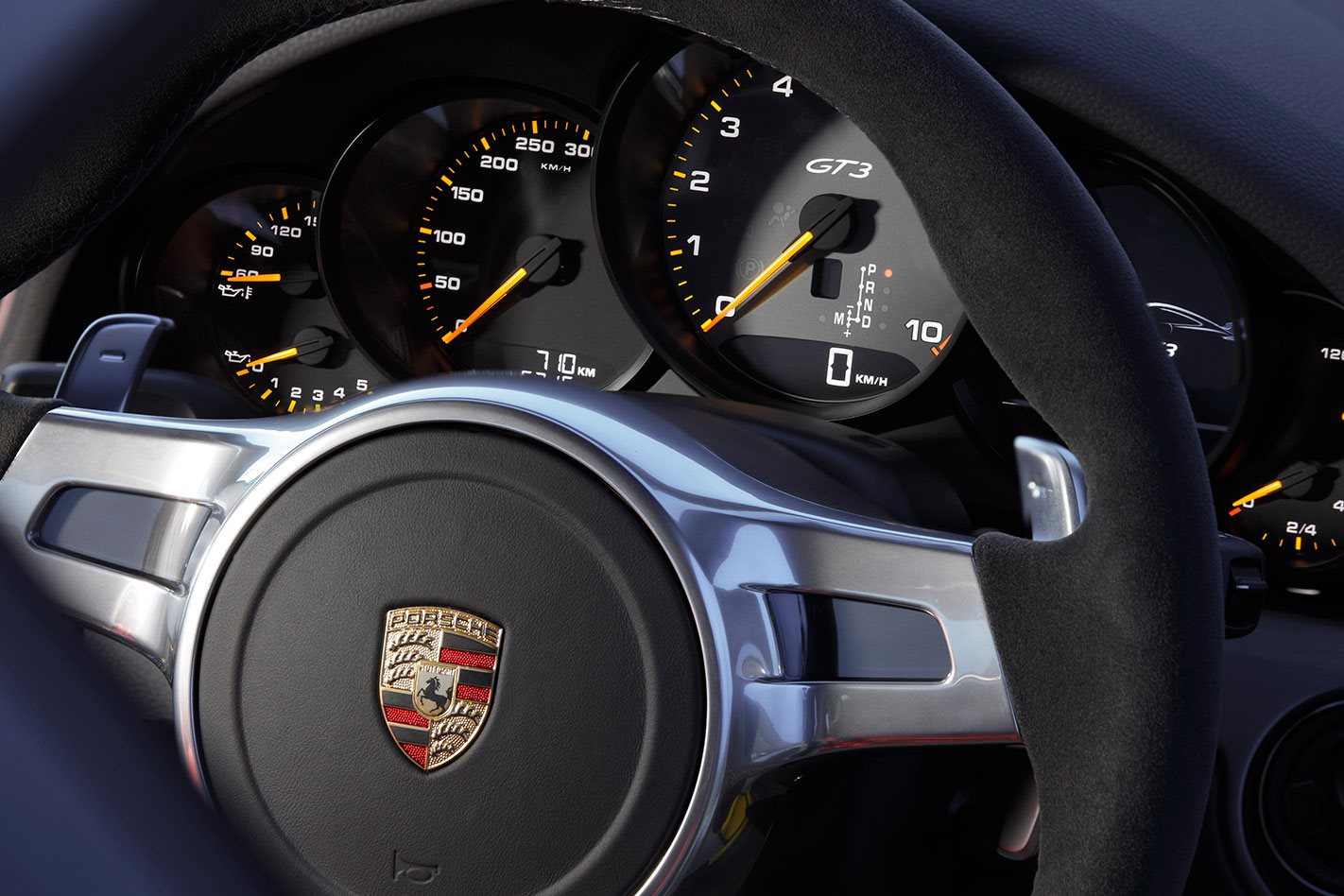 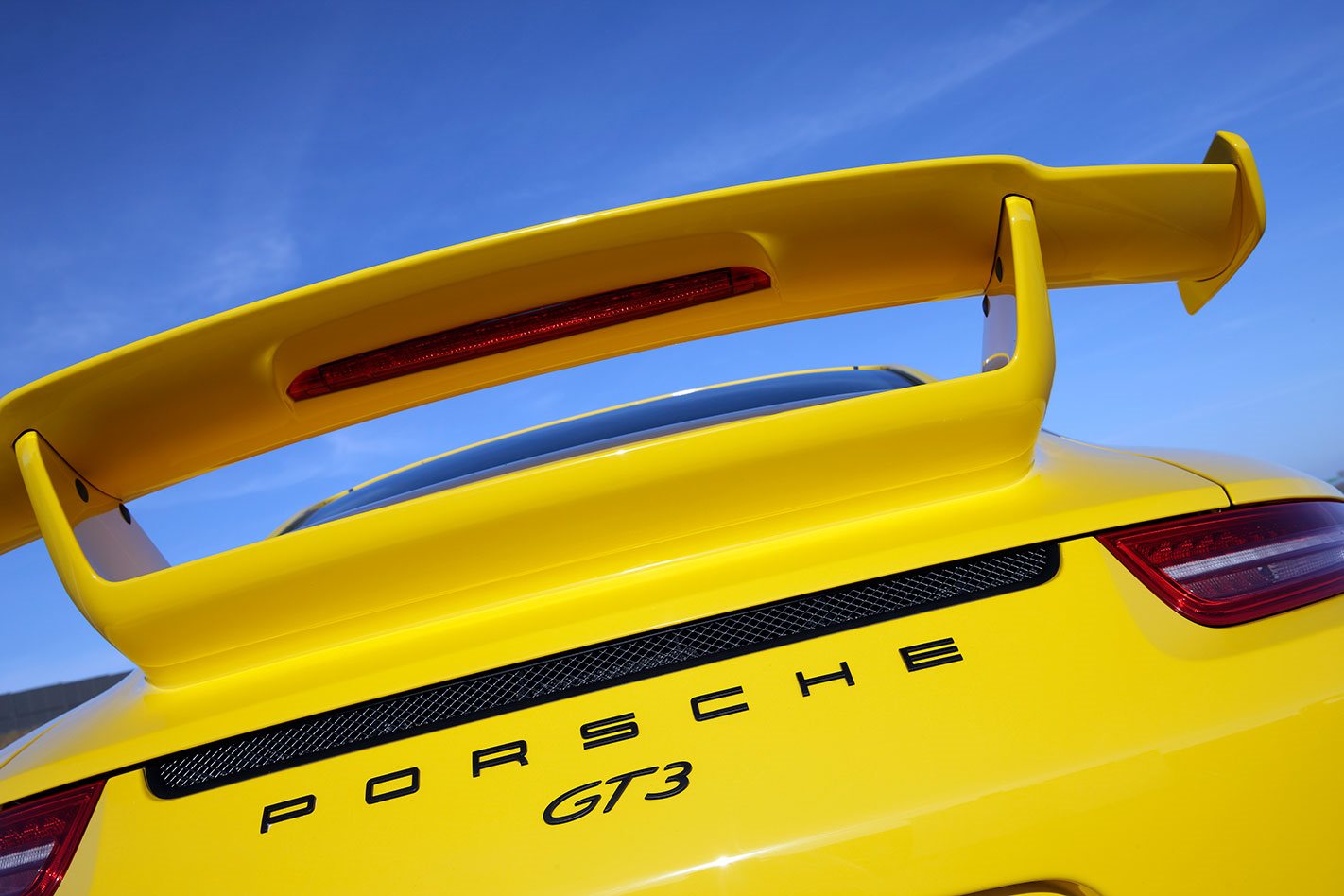 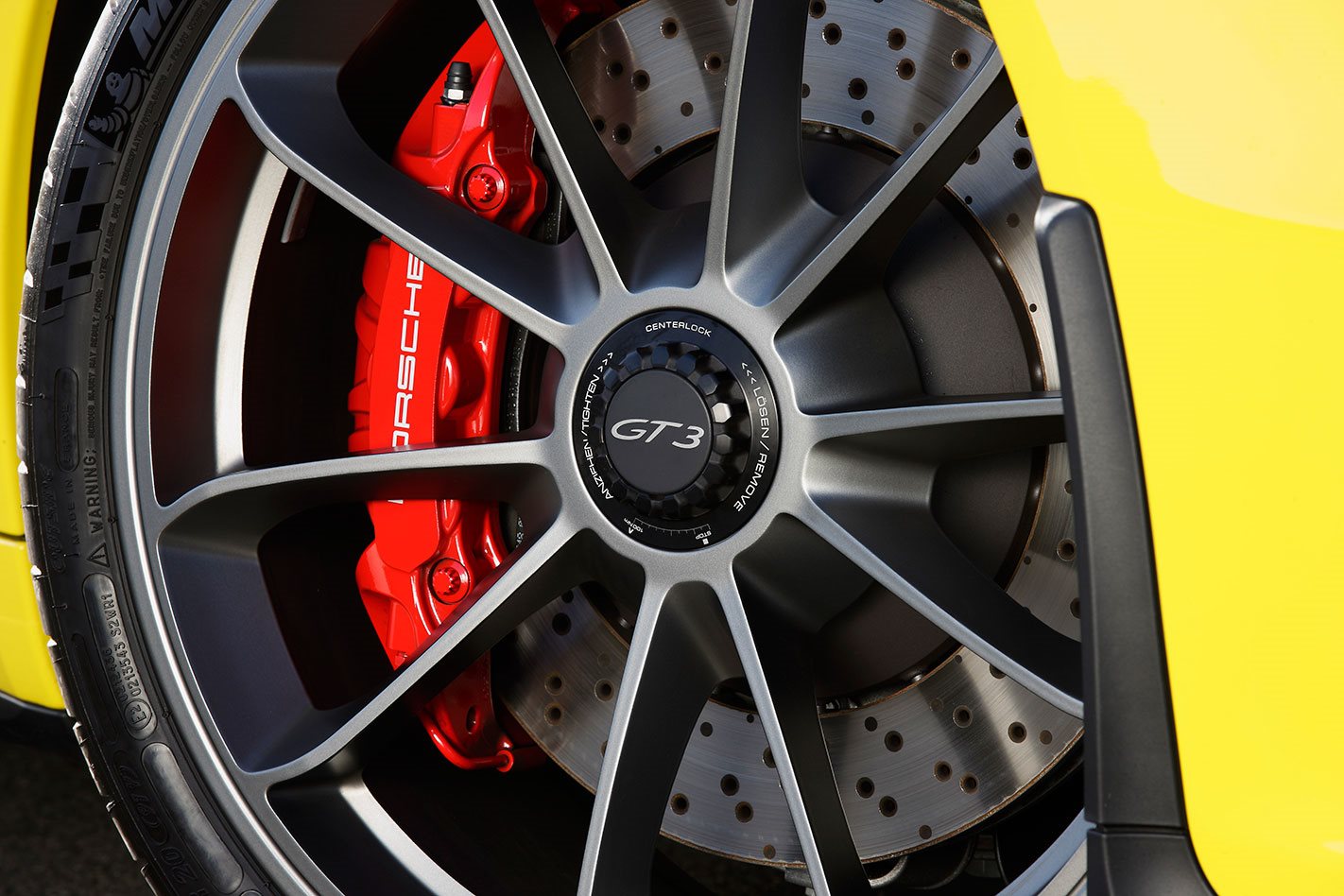