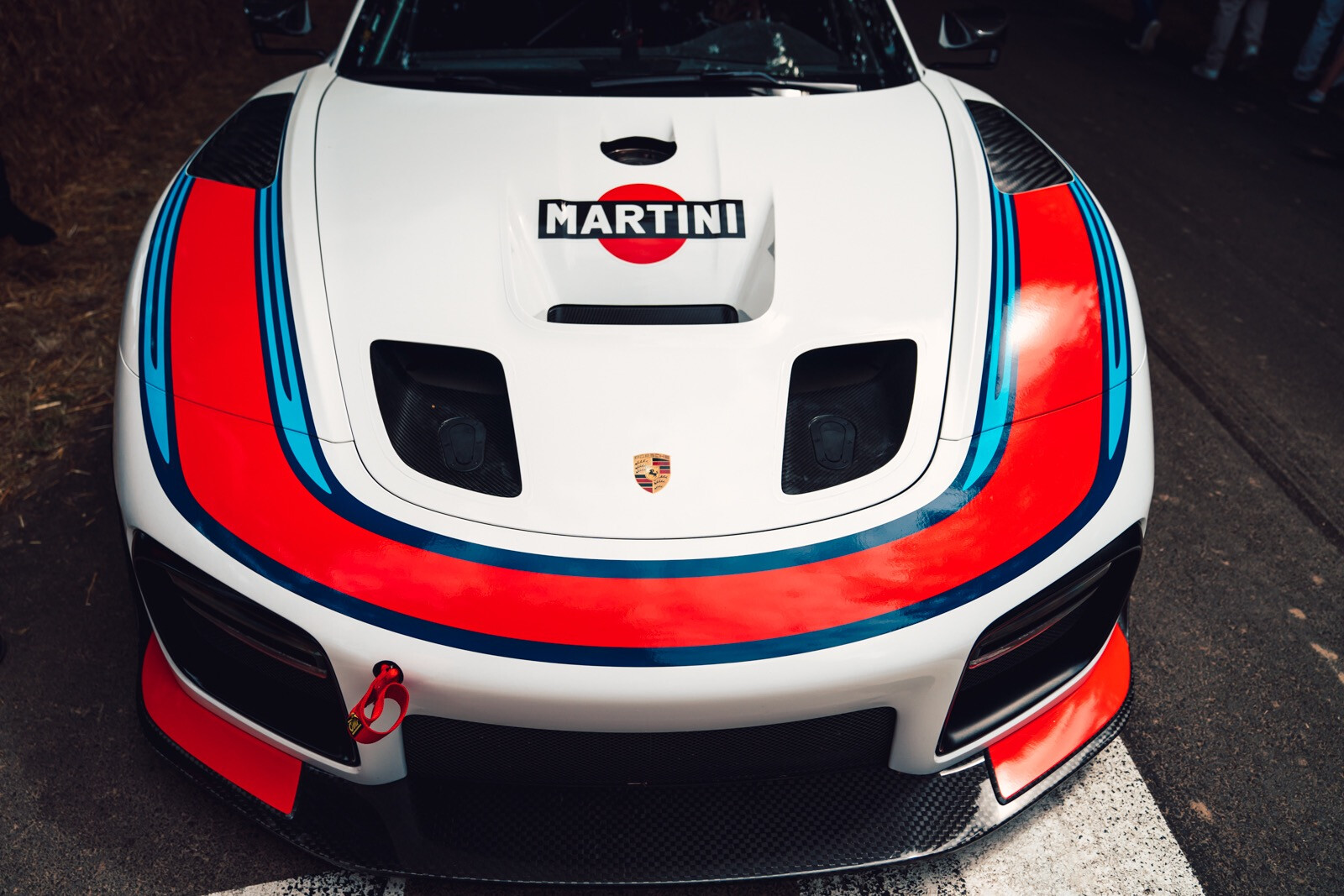 A mad, limited-number, track-only special to celebrate Porsche’s all-conquering 935 racecar of the late 1970s. The new 935 is based on the already lunatic-fast GT2 RS, and, more correctly, its lighter track-only Clubsport relation. It’s about 100kg lighter than the road car, features a bespoke carbon fibre body and while it’s not homologated to race, its specification is pure racecar.

If you’re offered the keys to a one-of-77, limited edition Porsche based on the company’s fastest road car then you don’t say no. We’ll probably never get the chance to see one again, let alone strap ourselves into the tight Recaro bucket seats, flick the ignition switch and turn the key to fire up the 3.8-litre, twin-turbo 515kW flat-six.

We’ve a lot of time in the 935, only not so much time to actually drive it in anger. We’re at the Goodwood Festival of Speed, so there are 150,000 sets of eyes watching cars run up the short, tight and surprisingly challenging hillclimb. There’s a lot of hurry up and wait, then, as the 935 is shuffled down towards the start in a gazillion-dollar traffic jam.

Still, that gives us a lot of time to take in the environment, which, thankfully given I’m in a black race suit, helmet and gloves, retains the road car’s a/c. In front of me there’s a pistol-grip steering wheel, a pair of analogue dials - one being a stopwatch and the other a boost gauge - between which resides a digital read screen with the 935’s vitals on it. A cage that would trouble King Kong criss-crosses the interior, while there’s web netting either side of the seat to hold in flailing arms should we get it wrong and hit the sizeable hay bales that line the Goodwood hillclimb. Let’s hope we’ll not be needing those.

Throw in a smattering of buttons and dials relating to traction and stability systems, the ABS intervention and brake balance and that’s about it. They all require familiarity with the 935 that we’ll not be getting today, so we’ll just leave them well alone. There are cold, new, slick tyres, too, just to add to the pressure, oh, and that 515kW (700hp) output.

We’ve driven the GT2 RS before so we have some idea of what to expect, startling acceleration being a certainty. Even so the way that the 935 hooks up and takes off is next level. That’s on cold slick tyres, and without resorting to the launch control, which in this one-of-one pre-series 935 isn’t working.

The flat-six makes its presence felt beyond merely the brutal physicality of the force with which it’s propelling the 935 forward. No, the stripped cabin is filled with hard, light materials, all those only intensifying the ferocious sound from the engine as it ricochets and resonates around the focused interior. There’s PDK, the first ratio devoured quickly before I’m flicking the paddle and the next gear’s fired through, all without any let-up in the relentless acceleration. Then there’s a corner which I brake too early for, the massive six-piston aluminium monoblock callipers up front grabbing 380mm steel discs and removing speed as brutally as the engine produces it.

There’s a bit of push-on understeer, hardly surprising given those still-cold slicks, but even so, the immediacy, control and detailed information that’s on offers are obvious. Back on the accelerator and the engine does its thing again, generating eye-widening acceleration, something that’s true in the road car, only here shifting less mass and with more intent. That engine is unchanged, save for some slight mapping revisions, though there’s now a 20-litre over the standard car’s 5L tank for the distilled water that feeds the trick water injection system - the expectation that it’ll be running hotter, harder and for longer.

With little over a minute driving, and well within the 935’s considerable limits, we’re not about to tell you that we felt the additional downforce that wild bodywork produces, nor can we tell you with conviction what it’s like at the limit. No, that would require a track, and a lot of time, both of which the 77 owners will have. What we can ascertain on our brief but tantalising experience of the 935 is that those lucky owners would be mad to secrete this special machine away in a collection, unused. Indeed, if they want anyone to come and do some shakedown laps, or scrub in some slicks, you know where we are…