Yes, in Australia, the Panamera was about as popular as outdoor ice hockey, but that hasn’t stopped us from getting a new, second-generation version, largely thanks to the fact that people in other parts of the world loved it and bought it in large numbers. Fortunately, Porsche has heard its critics and made the new one vastly less disturbing to look at.

WHAT IS IT?
It’s a “sporty saloon”, apparently, designed to take four 193cm tall men from meeting to meeting, or city to city, in plush style, or at screeching speed. Theoretically it competes with cars like BMW’s 7 Series and the Mercedes-Benz S Class, despite not looking or driving much like them at all.

WHY WE'RE TESTING IT
Because the giant ugly wild turkey has become a beautiful swan, apparently. Or at least a far more attractive fowl of some kind. The second-gen Panamera also gets three new engines, a new gearbox and debuts Porsche’s new interior treatment. 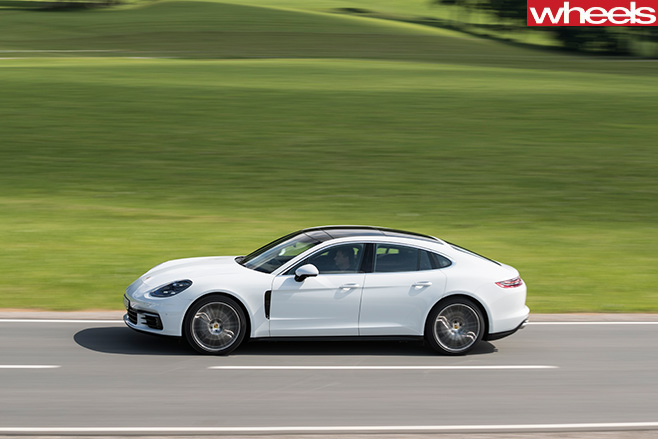 THE WHEELS VERDICT
The original Panamera was both a stain on the good name of Porsche and the motoring landscape in general, but that didn’t stop it being a global success. The new version attempts to fix every single thing that was wrong with the first one, and does well in terms of interior and exterior design. It’s still a strange Porsche, though, because it’s just too big to be as much fun as its engineers clearly want it to be.

PLUS: Improved design; fabulous interior; excellent and powerful engines; quality feel; ride and handling.
MINUS: Price, particularly the optional rear-axle steering; feels huge and heavy on the road; understeer at the limit.

THE WHEELS REVIEW
Porsche is happy to describe its new Panamera as a whole mess of contradictions, or a car “based on things you thought could not be combined”, as it words it. 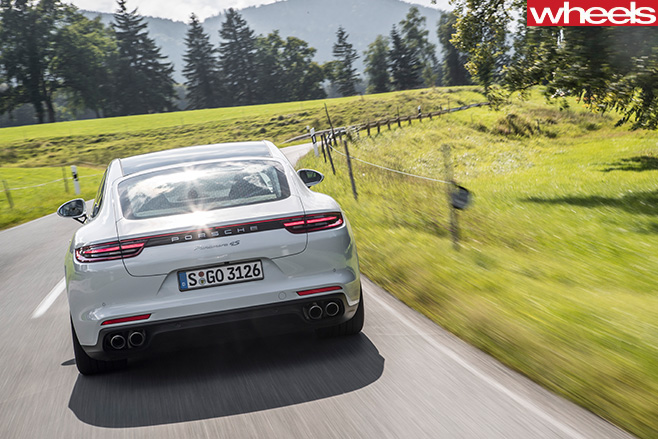 It is designed to be the sportiest car in its class – the exec-express segment where it’s up against automotive giants like the Benz S Class - and yet also a relaxed touring sedan. It’s all about sports-car proportions, yet it has space for four tall grown-ups (193cm-tall men, to be Germanically exact), and it’s a wealth of infotainment and assistance systems, while still focusing on the direct driving experience.

It’s also woefully ugly duckling –  in the grumpy shape of the original Panamera – that’s turned into a beautiful, although still intimidatingly large, swan.

How does one create a car that can be all these things? By throwing away everything about the original except the badges and the concept, according to Panamera boss Dr Genot Döllner, a man who obviously likes a challenge.

Despite it’s looks, the first generation managed to sell big numbers in places that aren’t Australia (places where people enter car dealerships with their eyes closed, apparently), but even Porsche has now admitted it was an ugly wart of a thing. 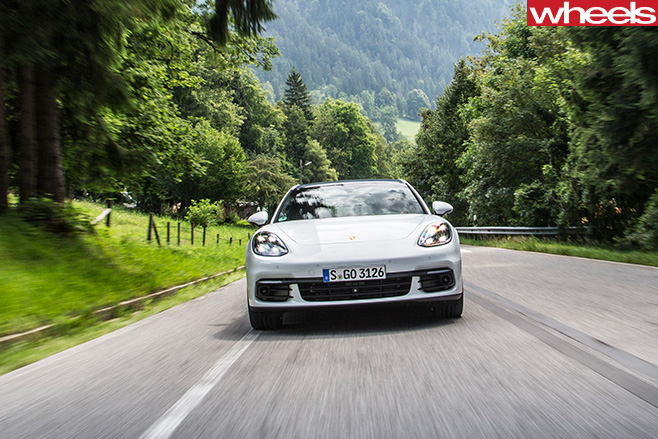 The first order of business for the new one was clearly making it better looking despite is even bigger dimensions (5.05m long, 2.16m wide and up to two tonnes), with the design goal being to make it look more like a Porsche 911 with four doors.

This has kind of worked, particularly from the rear, which really does look excellent, but overall it is just so much car that it looks like a 911 that’s been through The Biggest Loser in reverse.

Next up was new everything, from engines – a 2.9-litre bi-turbo V6 and a 4.0-litre V8 diesel for the 4S models and a bi-turbo 4.0-litre V8 for the Turbo – to a somehow even better PDK gearbox, now with eight gears, and a wholly reimagined Porsche Advanced Cockpit, which does away with the company’s extreme button fetish in favour of touch-sensitive surfaces with force feedback and a whopping 12.3-inch screen.

It’s all fabulously futuristic inside, and classy and comfortable, even in the back, but this screen does present a very modern contradiction, because it offers so much readable information to the driver – from airport arrivals to weather to Twitter to news headlines – that it threatens to distract them from the very Porsche business of actually driving the car. 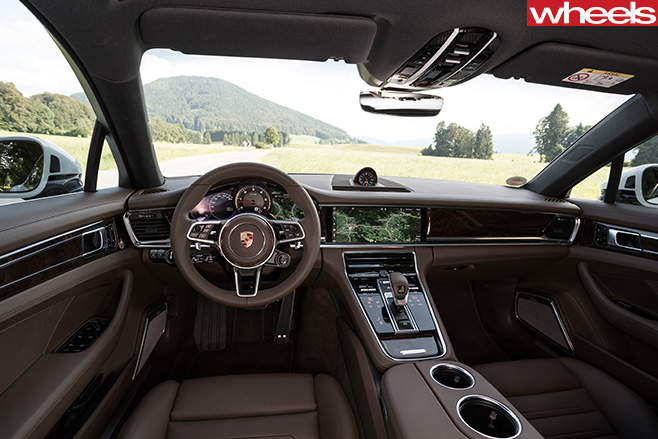 There’s plenty of modernity here as well, of course, with a system the company dubs 4D Chassis Control electronically optimising the combination of the Panamera’s new three-chamber air suspension, its Active Suspension Management and its rear-axle steering (sadly an option, and a $4990 one at that) all in real time.

The result is a car that can ride in luxo-barge style, although not as well as an S Class, but can also puff the air out of its suspension and hunker down to set a 7:38 time (yawn) around the Ring when you need it to.

Physics, however, is not to be trifled with, and as clever as this car is, there’s no way it can overcome its size and weight entirely, which means it feels heavy and hulking along a twisty bit of road. It handles itself about as well as it is physically possible to for a car of its size, but having driven a 911 earlier in the day, the experiences are fairly well removed.

Porsche says the Panamera’s steering offers a sense of “superiority”, and it is very good, but it, too, feels appropriately weighty.

This car feels at its best and most reassuring when blasting GT style cross country, and across Germany in particular. We tried the diesel, with its 310kW and huge 850Nm, and found it effortless lovely at 150km/h and just 2000rpm. But we liked the 404kW, 770Nm Turbo even more, because when you put your foot down, even at 180km/h, it reacts like a massive, rearing steel horse and leaps at the horizon like it wants to eat it.

Would we spend $304,200 on the base model, $312,400 on the diesel or a heady $376,900 on the Turbo? No chance in hell, but that’s because we can’t understand the point of attempting to mix all these contradictory ideas together, no matter how well it works. 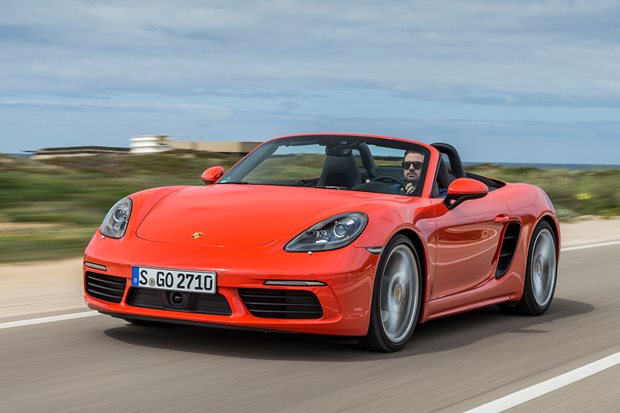 Porsche's latest Boxster range swaps its atmo flat sixes for turbocharged fours. Is less really more, or has the Boxster been emasculated?