The press and buyers love it. Volkswagen had let its athletic hatch get all flabby in the chassis with Golf IV, but version V of the Golf GTI not only has the sweetest chassis among the hot hatches, it also has a honey of an FSI turbo motor. But is it tunable? You betcha. 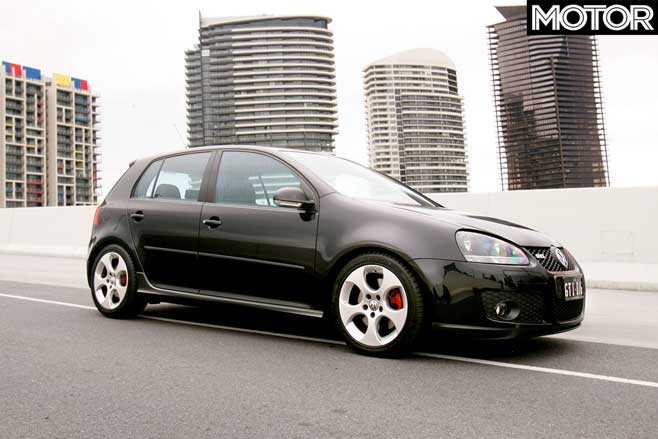 Booting up the software of your GTI is what Melbourne tuning company QSZ does, among other things. The company has just released its engine management software upgrade for Golf V GTI, which replaces factory settings for turbo boost, fuelling and ignition timing.

QSZ also import Miltek exhaust systems, so with the Miltek cat-back stainless exhaust fitted to the GTI, the claimed figure jumps to 190kW and 400Nm. There’s also a Miltek system including a hi-flow catalytic converter, which bumps peak power to a claimed 200kW. Acceleration is claimed at 5.9sec over the 0-100km/h sprint and max speed is 247km/h. 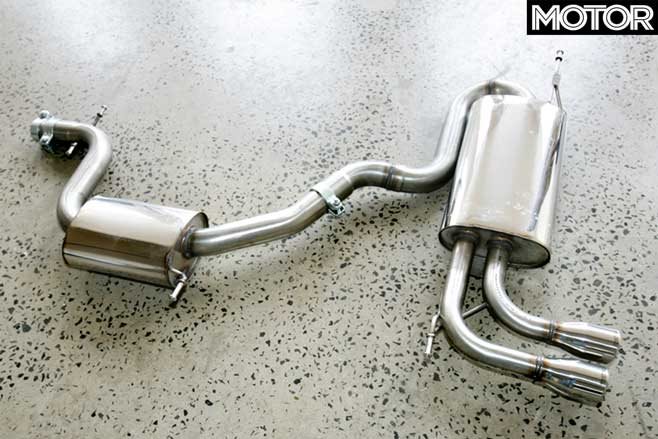 None of this stuff comes cheap. You’re looking at $1750 for the software upgrade, a Miltek cat-back exhaust is $2100 ($3450 including cat and downpipe) and the Eibach springs are $590. A hi-flow BMC airfilter adds $175 and a BMC Carbon Dynamic airbox is $750. All prices are plus fitting, which can be done through agents in all states.

The ECU upgrade, if the car is not brought to the Richmond workshop, will mean a car out of commission for a few days while its ECU is sent to QSZ for reprogramming.

QSZ operator Simon Ansell has been coaxing the best out of Euro cars for 11 years and he explains the very simple tuning process: “For the chip tuning we need either the control unit or the car. The equipment we’ve got is too valuable to send around, so we get people to send their control units down to us. We just plug our bench harness onto the control unit and write the new software into it, there’s no soldering on the Bosch ME9 control unit.” 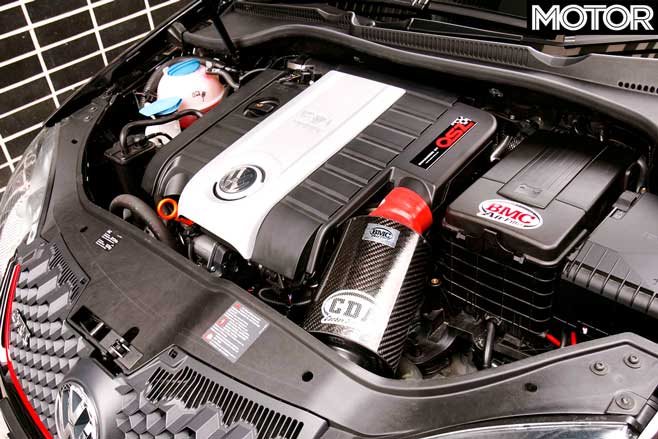 The actual time to hook up and download is about two hours. Simon’s drive car is a GTI with the reprogrammed ECU upgrade and Miltek cat-back exhaust – so it’s in 190kW/400Nm trim. A problem with some highly-strung turbo cars is the sharp contrast between off-boost and boost – it can feel as sudden as turning on a light.

You can usually drive around it when you’re up it, but it sucks when you’re just cruising along trying to maintain speed or want a precise squirt of acceleration rather than an unwieldy bucketload of it. The QSZ GTI is nothing like that; its power delivery is instead very linear from the get-go.

Not much happens below 1500rpm, but at around these revs the turbo starts discreetly lobbying for more grunt. You’d almost think it’s the standard GTI, but by 2000rpm, the firm, unyielding push in the back is way stronger than any stock GTI and feels like it’s more than the 190kW/400Nm claimed. 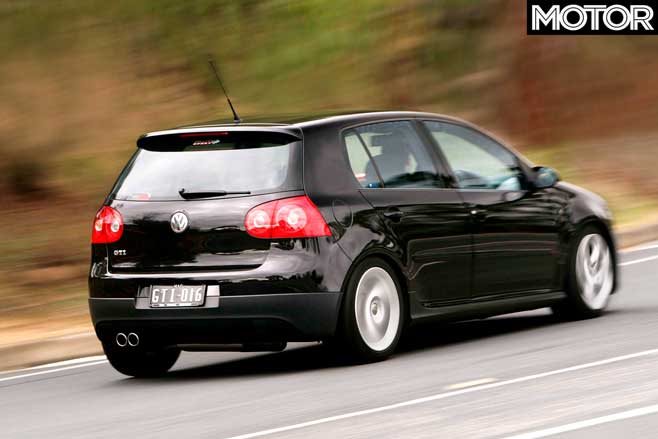 First gear seems even shorter with the new ECU mapping than the standard GTI – it accelerates so hard that you can never seem to snick second quick enough when you’re giving it the welly. Short shifting is the way to go with this engine; it’s giving its best in the 1500-5000rpm band. And there’s no point reaching for the 6500rpm power peak; this engine is happiest in the meat of its torque curve.

On a grippy surface in a straight line – once you’ve executed a neat launch, which is not always easy in this thing – the GTI simply gets up and hammers though the gears, but if you’re punting along in the twisties, the weight transfer – even though you’re powering out of a corner – seems to cause traction problems. As the inside wheel breaks loose the traction control jumps in and slows progress.

The standard Contis fitted to the QSZ car were well up to the job, helping to mask the front-drive chassis’ inherent push, but no tyre could hold off wheelspin when this engine has just express posted 400Nm its way. Best to switch off the TC and use judicious right foot applications to dial out wheelspin. In the wet, traction is going to be an issue, but careful use of the throttle, with the car’s stability and TC, will keep the GTI manageable. 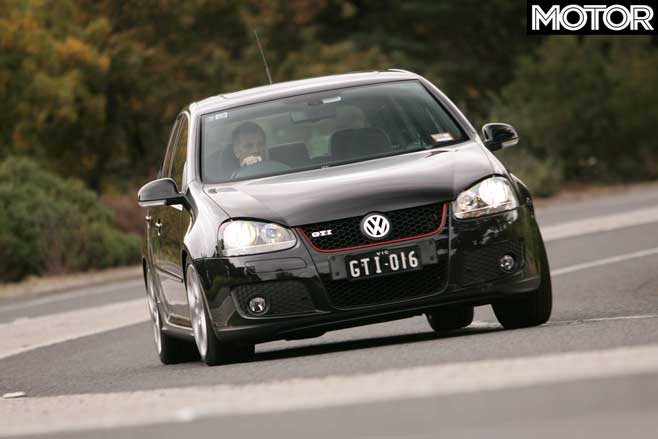 The GTI has the Eibach Pro Kit coils installed, which drop it down 20mm from standard ride height. It allows a nice flat cornering stance and with enough compliance so that the GTI doesn’t thump through bumps. When you’re up it for the rent on poor roads the standard dampers are not talking quite the same language as the springs, though – hit some undulating bumps mid-corner and the suspension takes a few moments to settle again. A matched set of shocks would help. 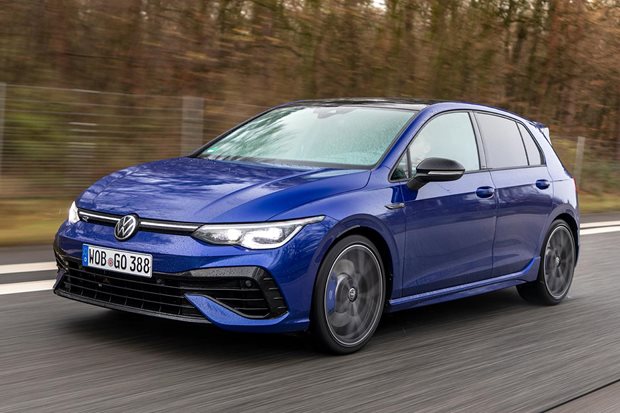